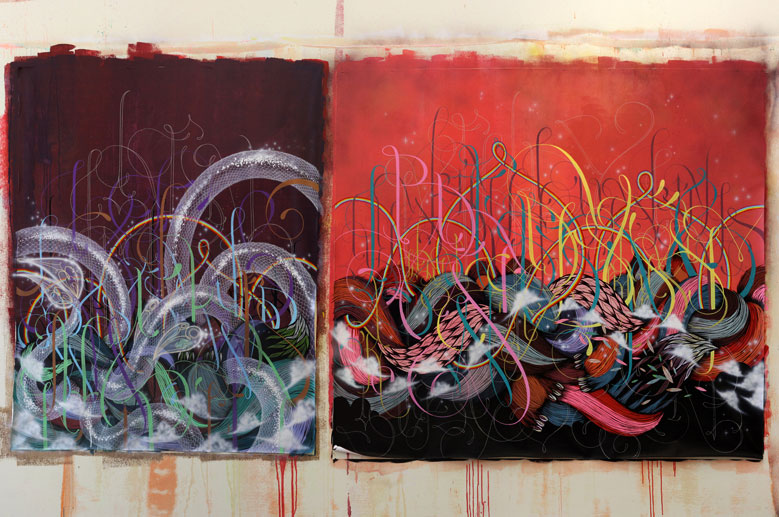 Opening this Thursday June 9th at Brooklyn’s Muriel Guepin Gallery is Based on a True Story, a show featuring the work of Supakitch, along with Japanese artist Tamiko Kawata. As we’ve previously shown during our visit to his studio, Supa’s art is a colorful and energetic mix of street art, manga and hip-hop, which often focuses on the visual depiction of sound and music. He has shown extensively around the world, however, this is his first major NYC exhibition since relocating to Brooklyn, so we’re sure he’s going to represent.

See the show card with all the info, after the jump. 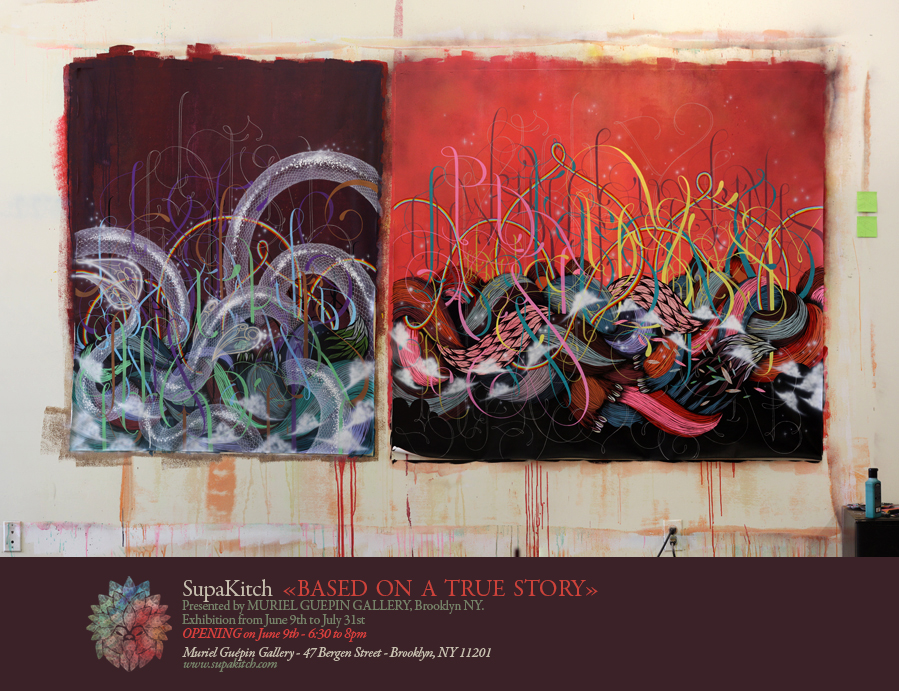