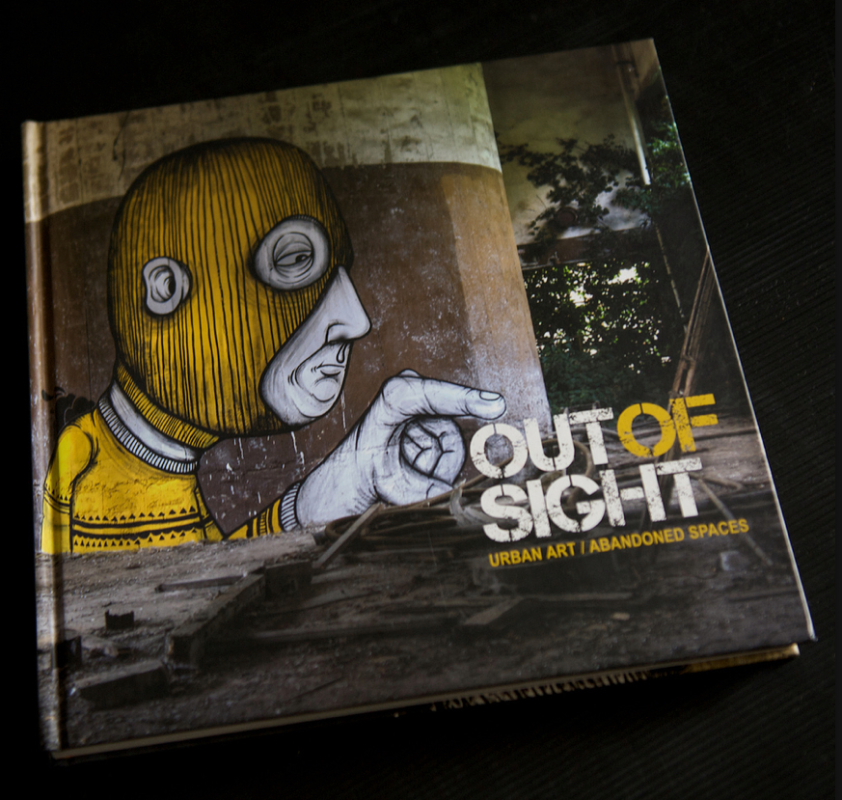 From the lead page featuring an image of Cyclops and Sweet Toof wearing full face clown and wolf masks next to a just-completed Lenny character in an abandoned mental asylum, Out of Sight: Urban Art / Abandoned Spaces drags the reader into the underground of the underground.

Street art is often seen by many as a form of advertising – and it often can be. A street version of of a forthcoming gallery piece or the next print release somehow seeking validation from an outdoor, and frequently legal, setting. This book deals with the subversive form of street art in one of it’s rawest forms. The locations of the work placed for the enjoyment of the artist rather than for exposure to many; as it is only a select few that get to see artwork placed in abandoned buildings – unless vicariously through photographs online or indeed in a book such as this.

AM featured Jeremy Gibbs aka RomanyWG’s photographs since our inception a couple of years ago, and we’ve always enjoyed his images – the carefully selected composition of his street art photography, often achieved by getting up at the crack of dawn to catch the right light or to ensure there were no other distractions to interrupt a great shot always set his pictures ahead of the crowd.

A more recent interest into the realm of Urban Exploration has facilitated a combination of his interests in graffiti and urb-ex and led him to focus his attentions on artwork placed within the broken environments that this book celebrates.

Read on for further review and some page spreads after the jump.

Abandoned spaces challenge the artist to make wholly site specific work – making use of the surrounding decay to create compositions that embrace the the location within the context of the art itself.
The Cyclops and Sweet Toof piece mentioned above acknowledges a discarded lone green shoe found in the room chosen to paint in. Roa’s animals peer through holes in brick walls and a fish painted on tiled walls appears to jump out of a broken toilet. Phlegm uses electrical boxes and drainpipes to construct a landscape of miniature buildings surrounding his figurative work. SeaCreative’s large heads peer around corners, down foreboding stairwells and out of windows, and Aryz’s huge roller pieces seem to convey the desolation of the setting and the surface within the expression of his protagonists depicted within the work.

One interesting section of the book focusses on the abandoned village of Doel in Belgium. The inhabitants of this previously flourishing and well populated spot close to Antwerp were collectively served with compulsory purchase orders in 1999 in order to enable the construction a new port terminal.  The terminal never came, but the entire village was duly vacated and left to ruin for 10 years when in 2009 graffiti artists started to make their mark on the entire village as an abandoned space. The resultant vistas presented within the book give a glimpse of how a wide open space left to decay has been transformed by brushes, rollers and cans. It must be quite a rush to walk through the heavily painted empty streets of this former community and take it all in. 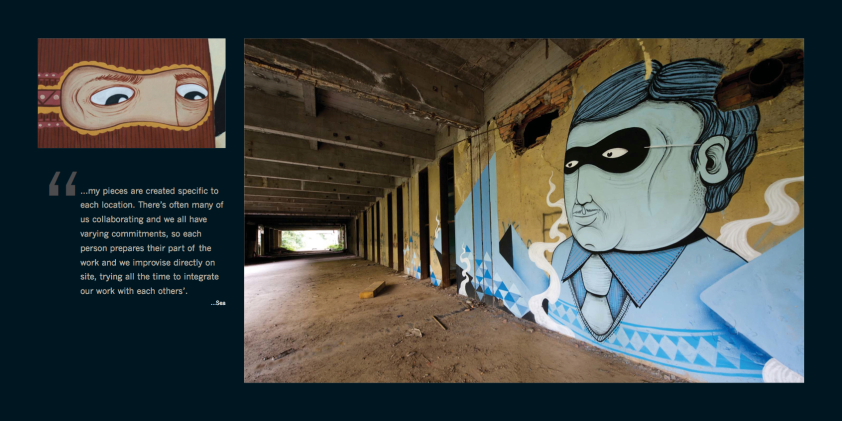 This hardback book is a great addition to any street art fan’s bookshelf or coffee table. The images are enchanting, at times thought-provoking as well as beautifully captured throughout. Production values match the quality of the images and also the writing by Patrick Potter and David Stuart – the latter a well regarded street art photographer himself and bloggist over at the always excellent Graffoto.

Out of Sight is available now via the publisher Carpet Bombing Culture, and also at the official book launch evening on Thursday July 7th at Signal Gallery in London where Jeremy will be exhibiting his photographs and signing books alongside French stencil artist C215. 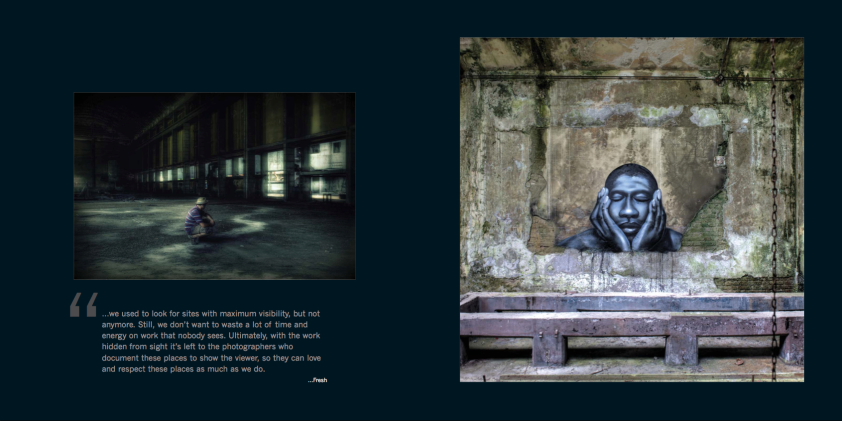 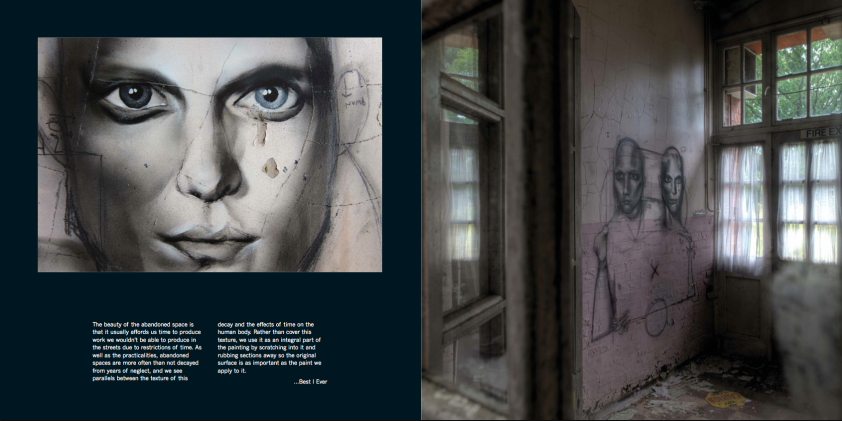