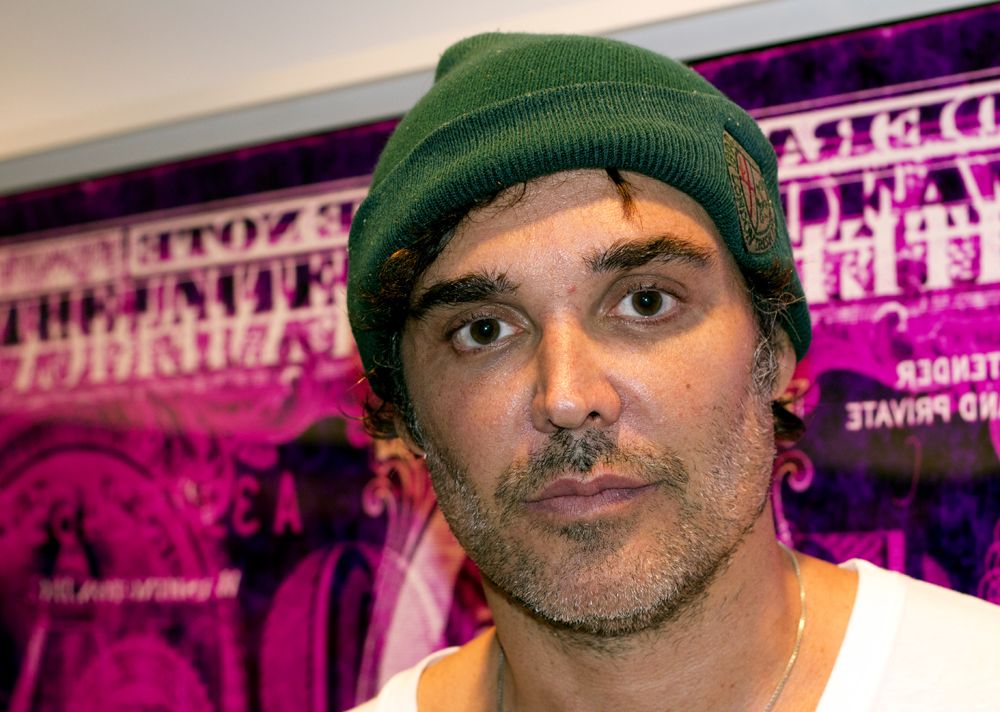 David LaChapelle is a chameleon when it comes to his work. Over the course of his storied career, the New York photographer has experimented with, and excelled in, nearly ever photographic style and technique imaginable. His wide arcing narrative couldn’t be more evident than with his most recent exhibition at PRISM, which opened last night at the swanky Los Angeles gallery. Pairing two bodies of work – Negative Currency and Recollections in America – as different in look and feel as they are similar in meaning and purpose, LaChapelle effortlessly illustrates his technical proficiency and conceptual range.

Both series serve as a departure from his signature cinematic, highly stylized photographs rich in religious iconography, instead opting for unconventional production methods and extracting symbolism from all things American. Negative Currency uses dollar bills in place of photo-negatives in the dark room to produce a mirror-like, hyper-colorful currency the likes of which could’ve been designed by Warhol if he was given the opportunity. With Recollections in America series, humorous secondhand photos from the 1970’s were used as his canvas, with sensationalist elements from a different time and place collaged in seamlessly to exaggerate the American iconography. Running through November 5th, the contrasting collections are never more relevant with the current state of the global economy and the dissolution of the American Dream as it was perceived back in the day.

Check out more opening shots from Carlos Gonzalez after the jump. 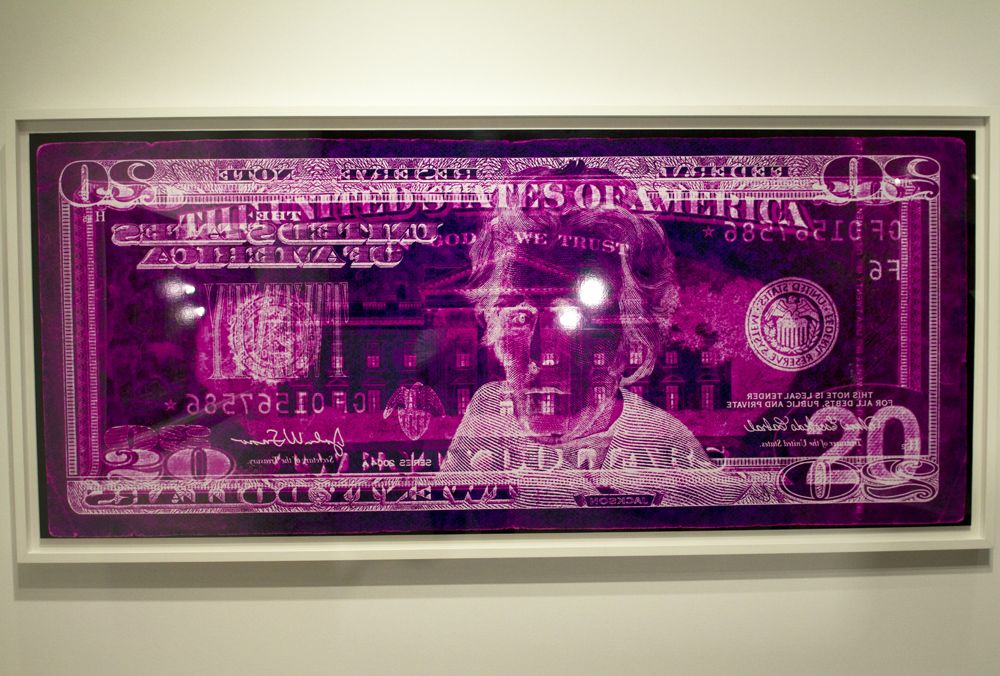 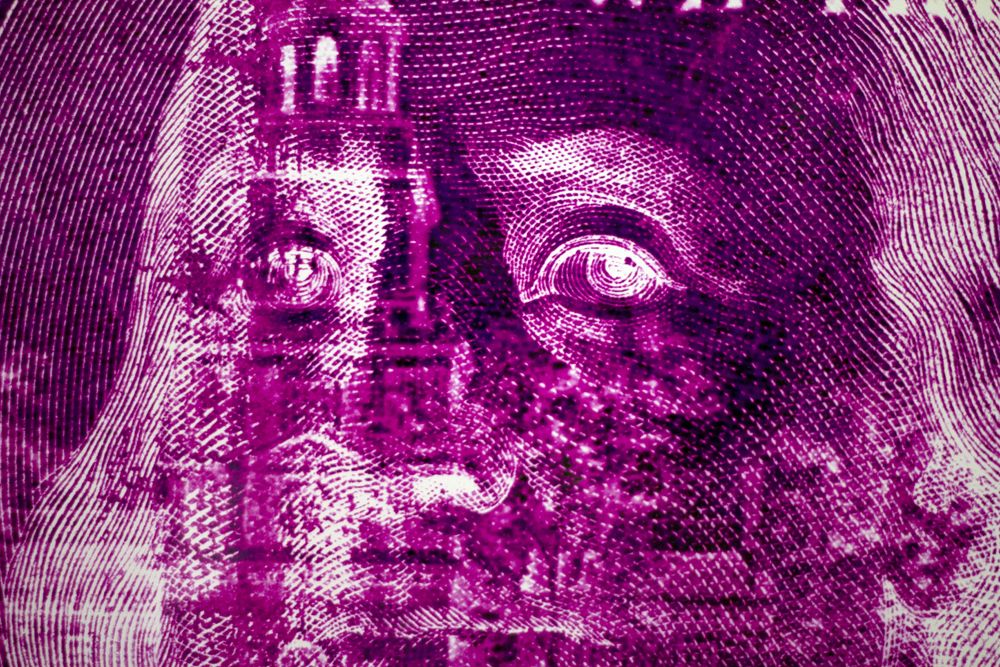 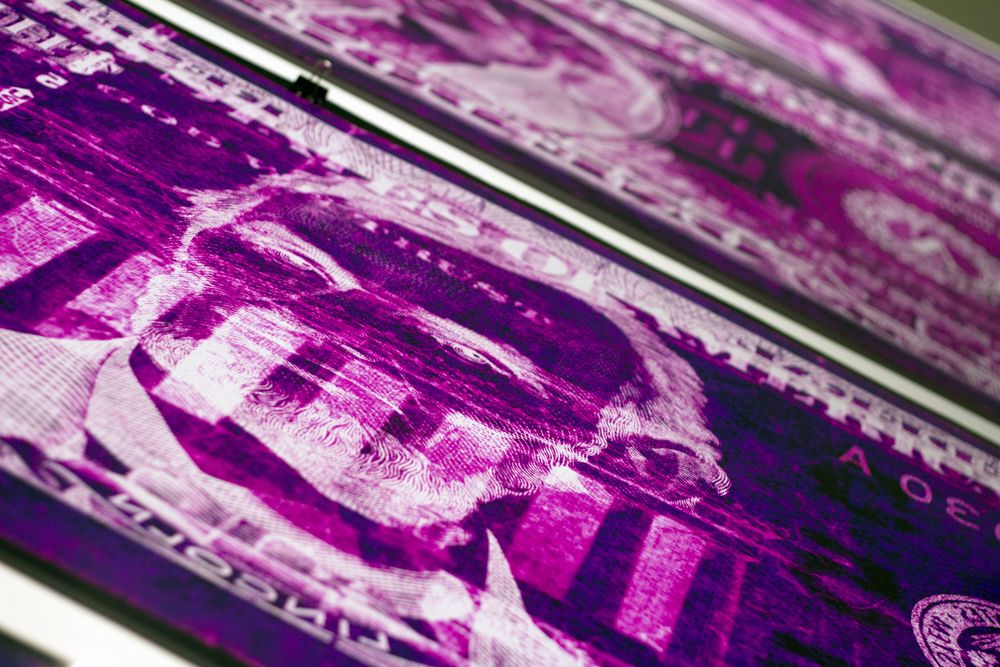 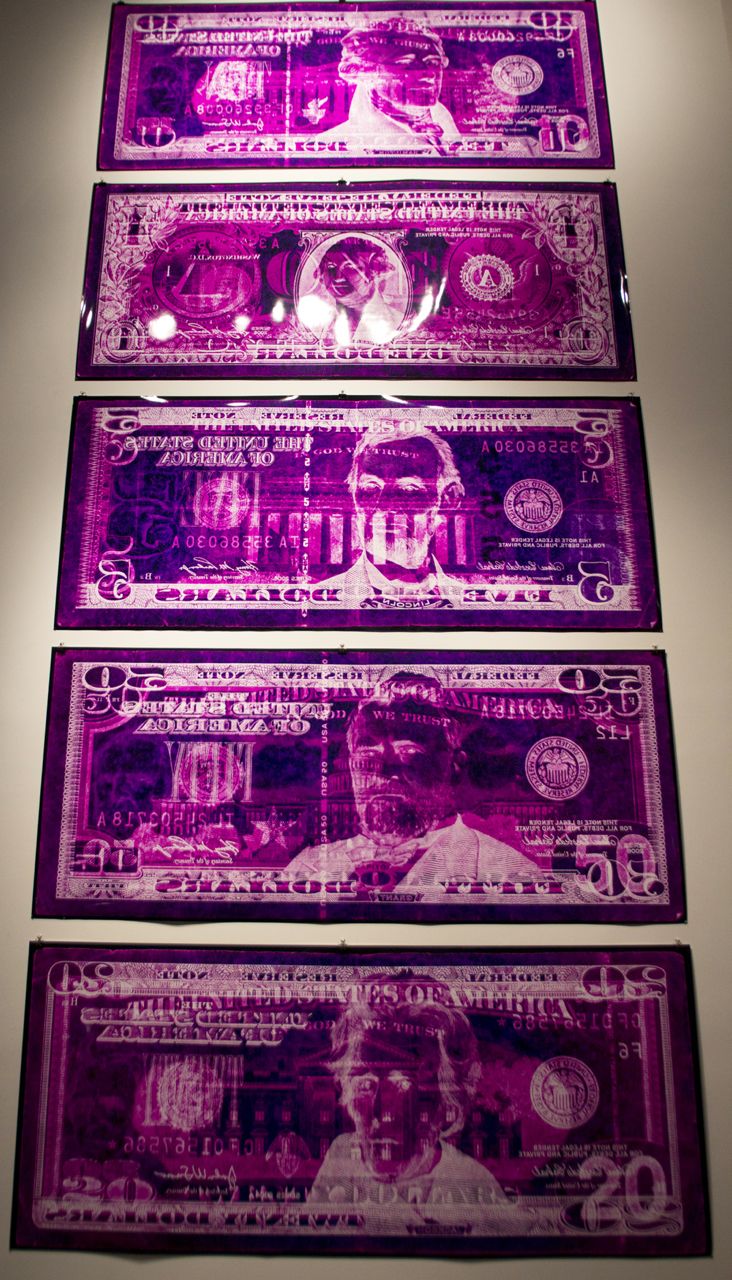 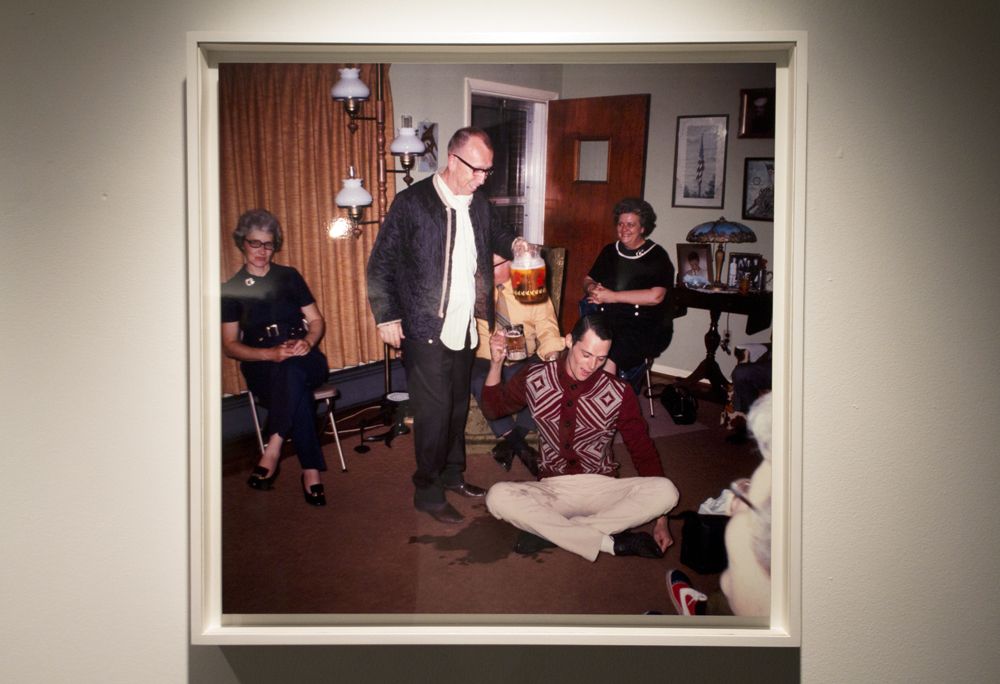 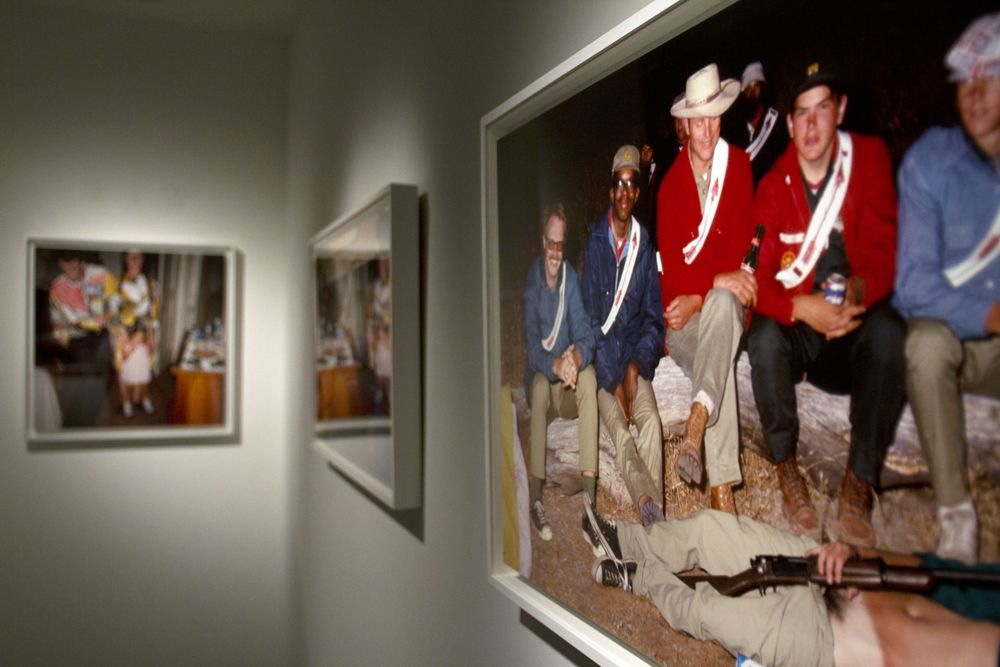 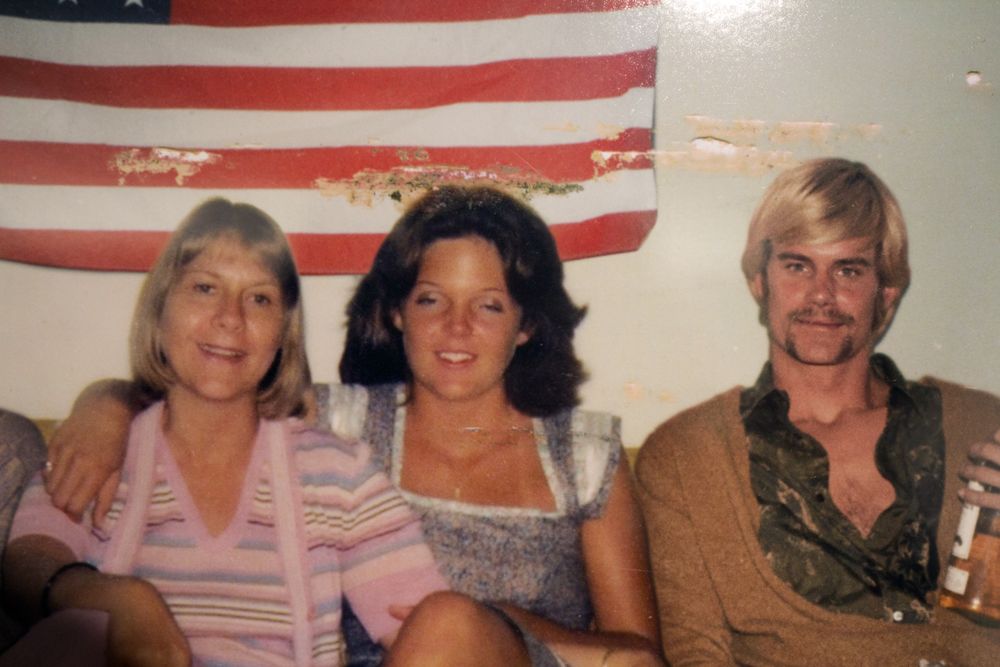 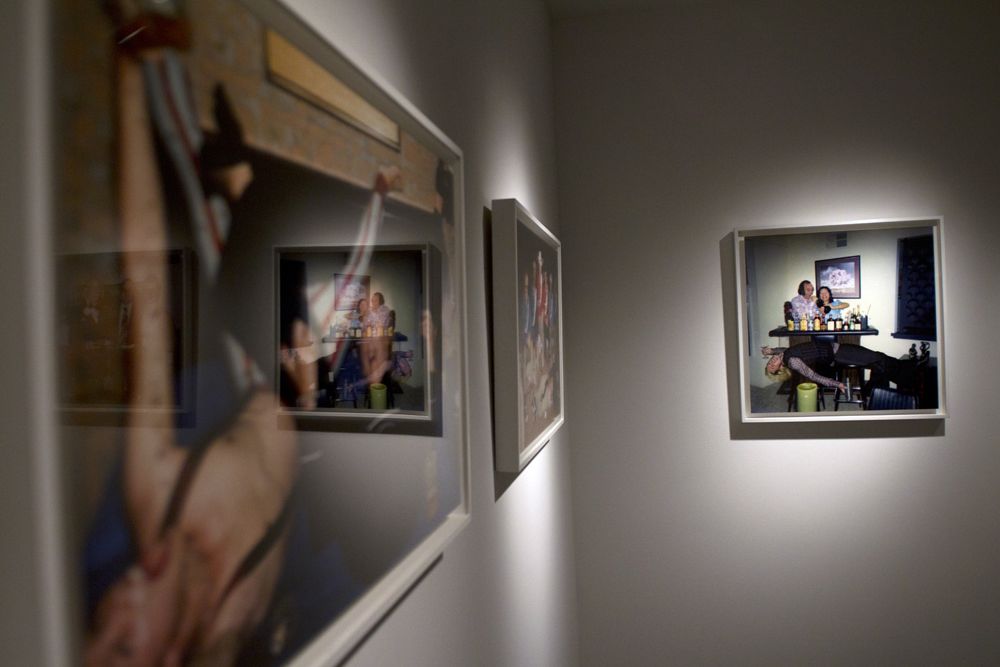 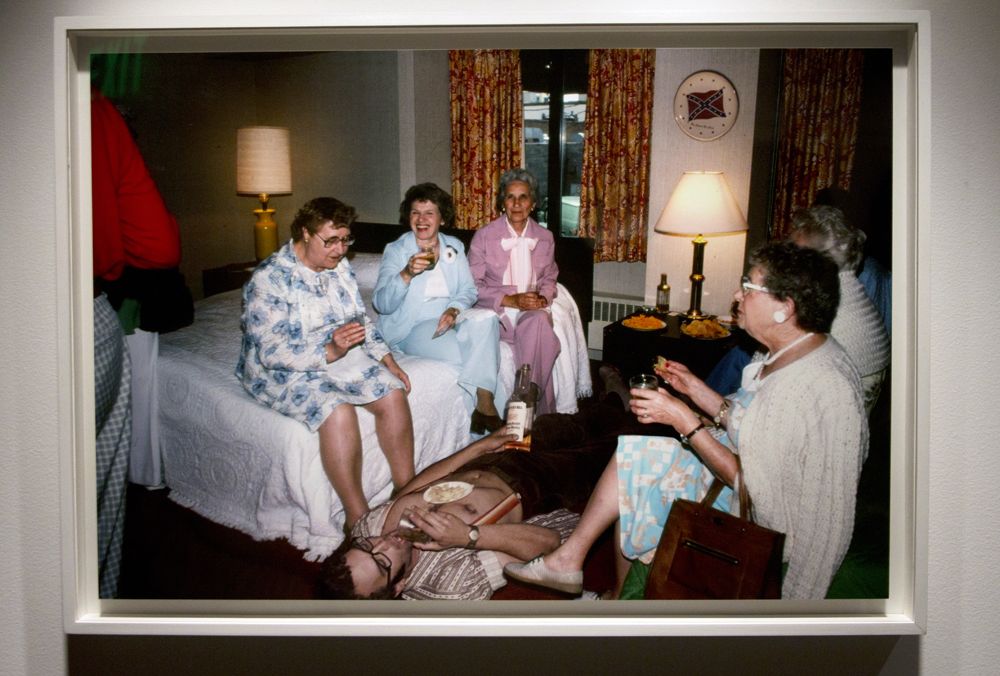