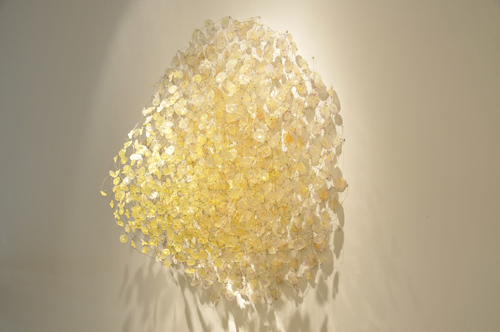 The works featured in the show, which was curated by gallery director Maryam Parsi, enlarges on the ever-evolving relationship between human beings and their habitat. From installations that offer poetic depictions of man’s transience and vulnerability to works that forebode the downward spiral of the natural landscape, anthro(physis) subtly fosters in the minds of viewers a more conscientious understanding of the ramifications of society’s connection to the physical foundations upon which it was built.