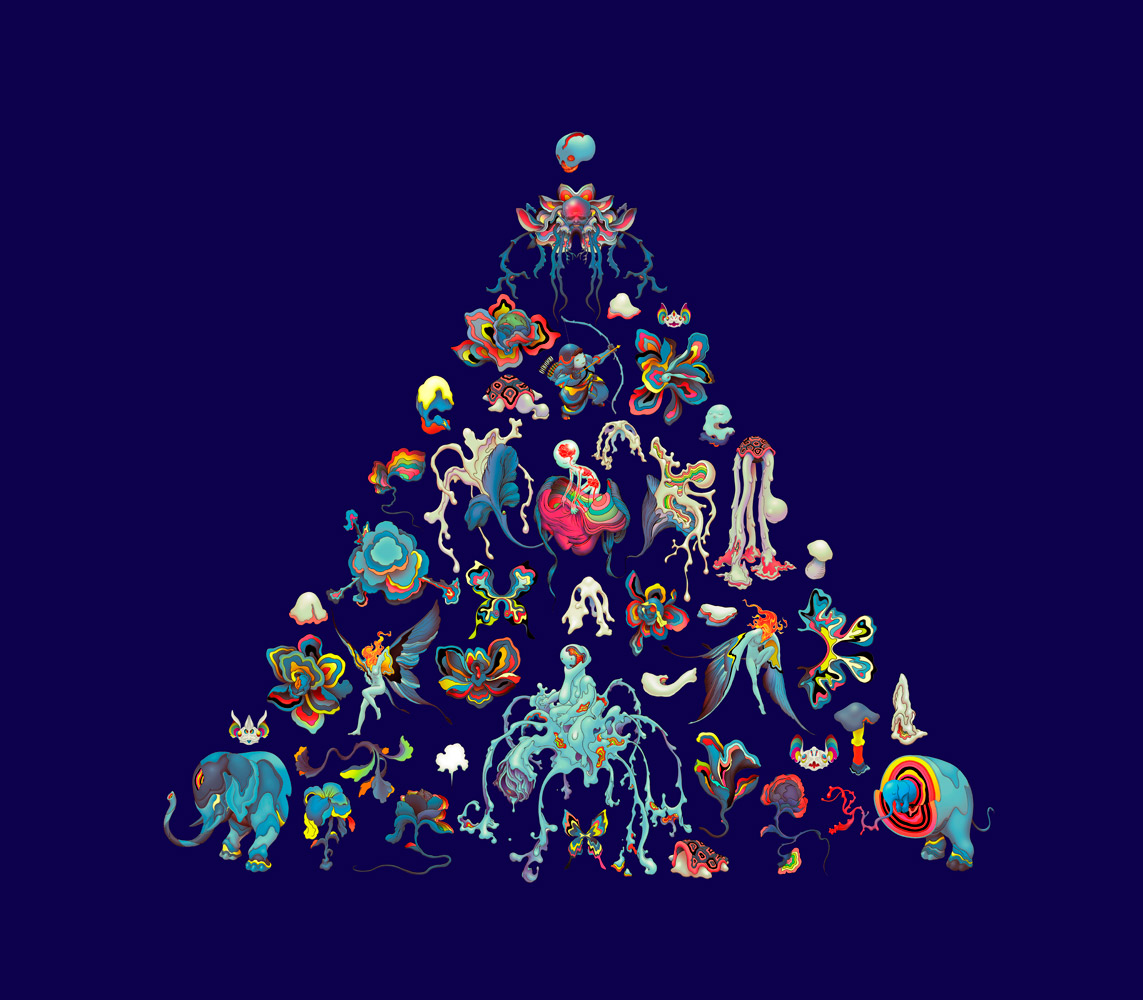 James Jean (featured) is in New York right now and will be making a special stop at Jeff Staple’s Reed Space to conduct a rare signing for his newly released Rebus Book tomorrow, October 23rd (5 – 7 pm). As seen at his recent signing at the LACMA, fans will be able to catch the talented artist’s work up close and get an opportunity to grab a signature. As an added bonus, James informed us that a special print will be released at the show – a limited edition print of Lotus War Pyramid. This 5 color offset print with red foil stamping in an edition of 555 will measure 26″ x 30″. In addition, a selection of older books such as Rift, XOXO and Kindling will be available plus maybe a few surprises.