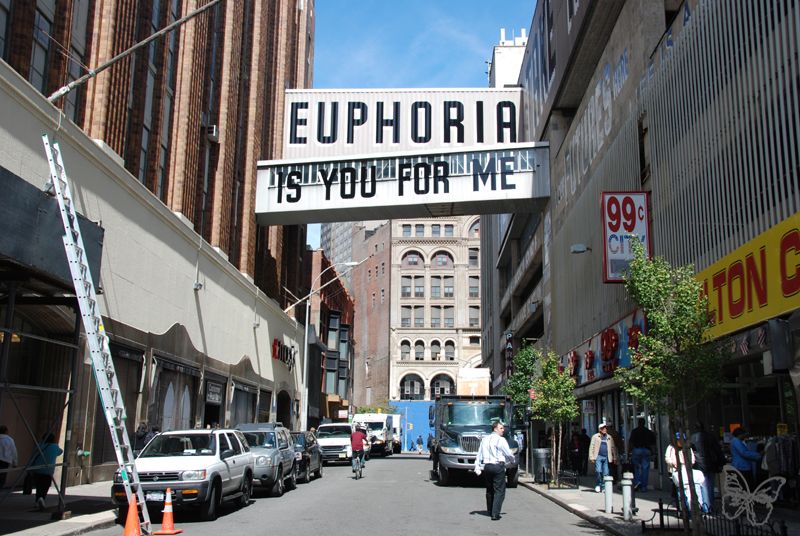 Following up on his Love Letters to Philadelphia and Syracuse, Steve Powers most recently transformed downtown Brooklyn with his witty and endearing public art. Powers was given the walls of Macy’s department store parking garage for his project, and instead of the colorful palettes of his previous Love Letters, for BK NY, he chose black and white, reminiscent of his early days with Exterior Surface Painting Outreach. And unlike his other work, which tends to combine text and images equally, this new project is almost all text—some of which was conceived before the work began, but some came from discussions with locals like David Villorente and Livingroom Johnson. 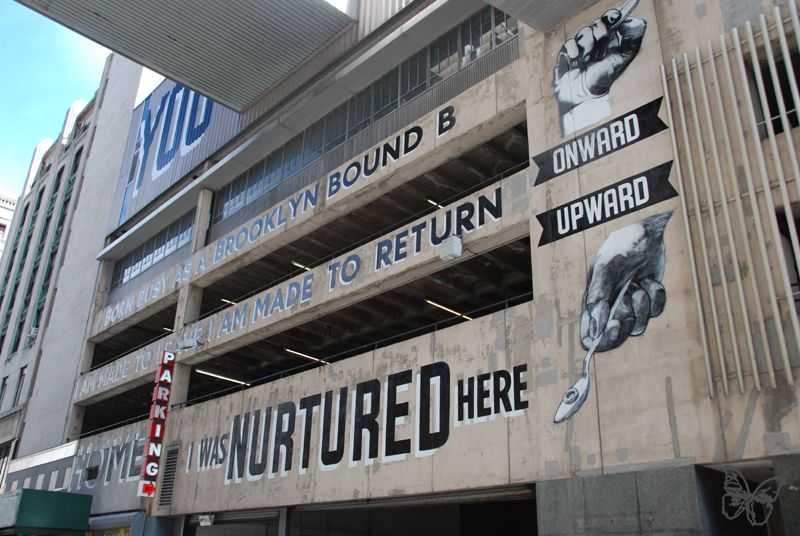 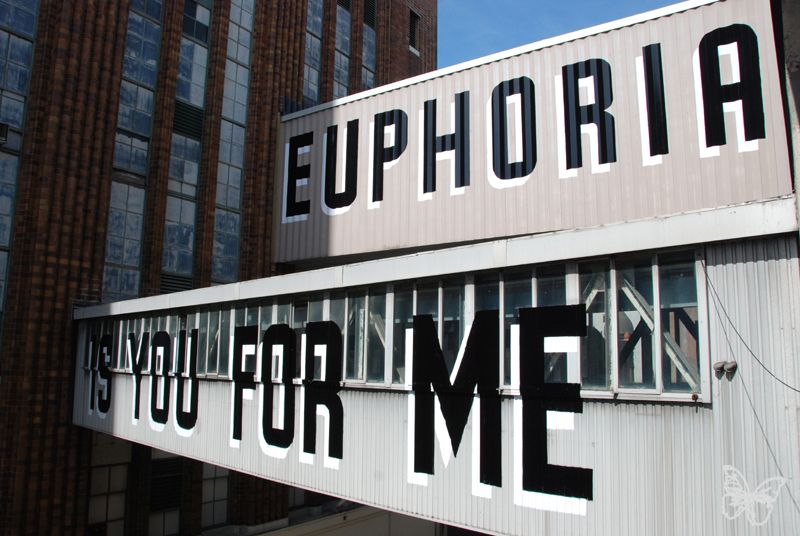 Photocredit: Butterfly for AM.
Discuss Steve Powers aka ESPO here.