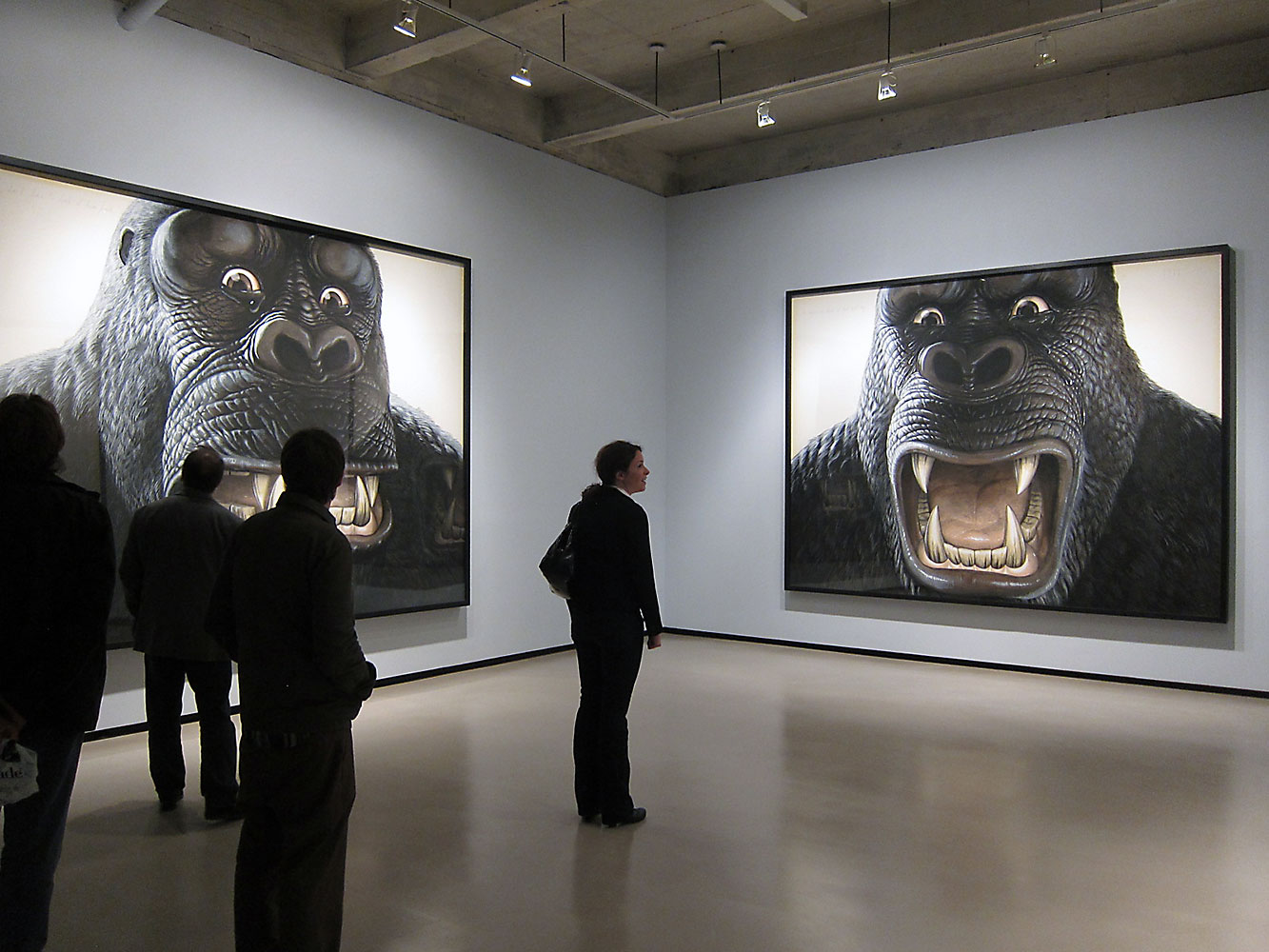 Last Thursday, Walton Ford opened his latest exhibition at Paul Kasmin, entitled I Don’t Like to Look at Him, Jack. It Makes Me Think of that Awful Day on the Island. Taking its name from the 1933 film King Kong, the show includes three Kong-sized works on paper, capturing the beast in several facial expressions. In addition, Ford displays a series of paintings that are more representative of his modern-naturalist style. Based off a quote from John Audobon’s memoirs in which he recounted a childhood memory of seeing a monkey kill a parrot, these works deal with Ford’s common theme of the intersection between man and nature. 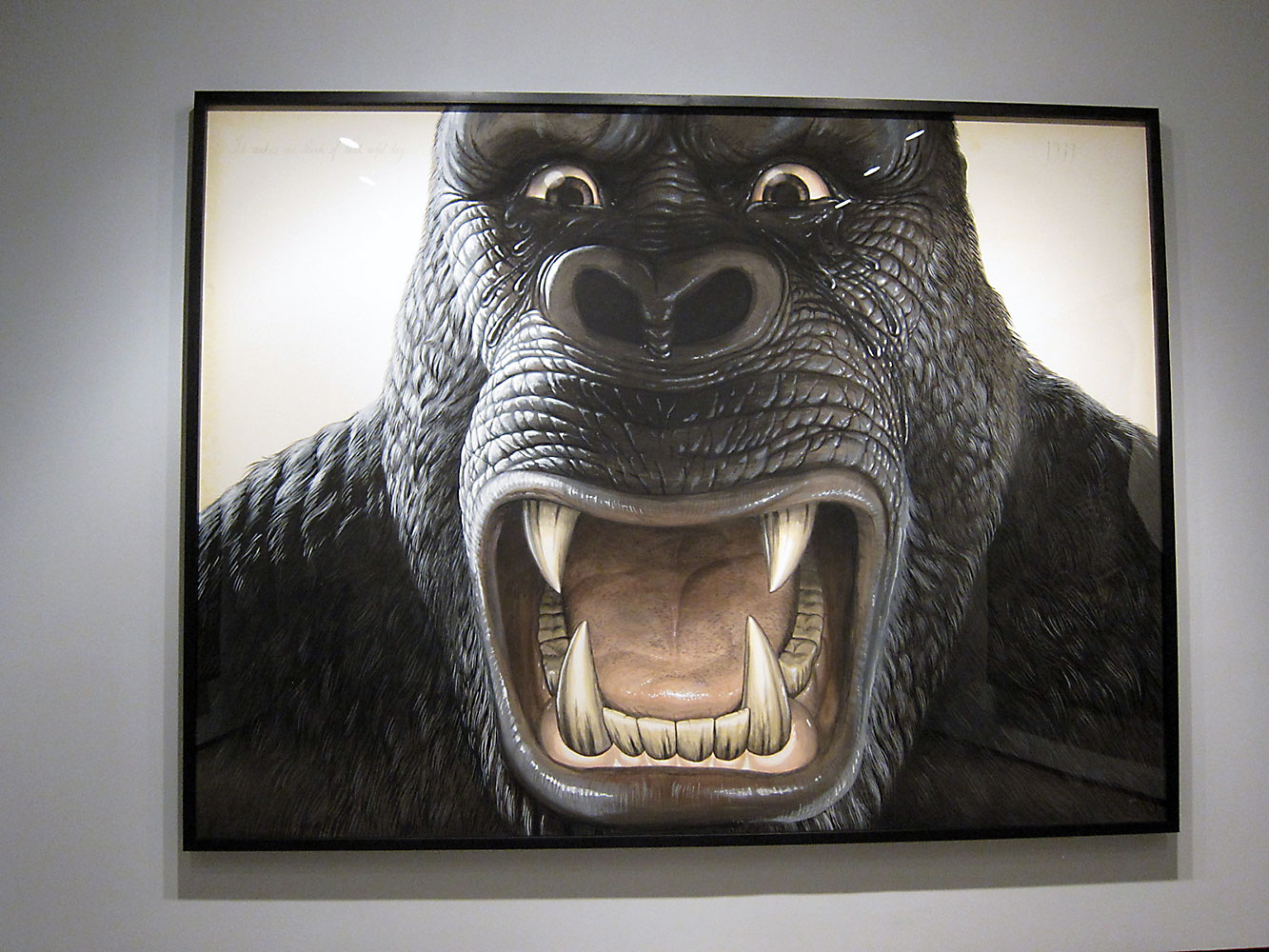 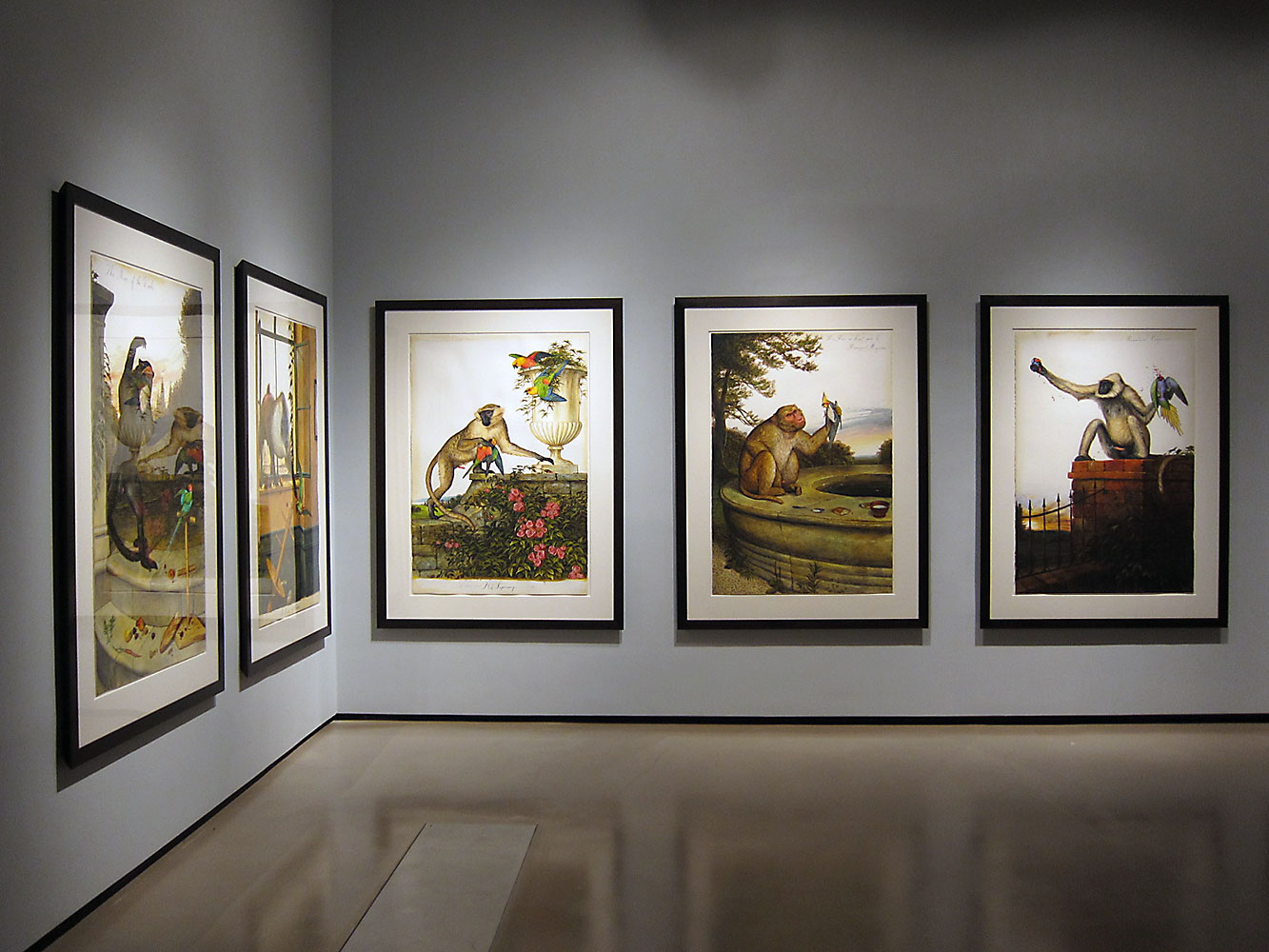 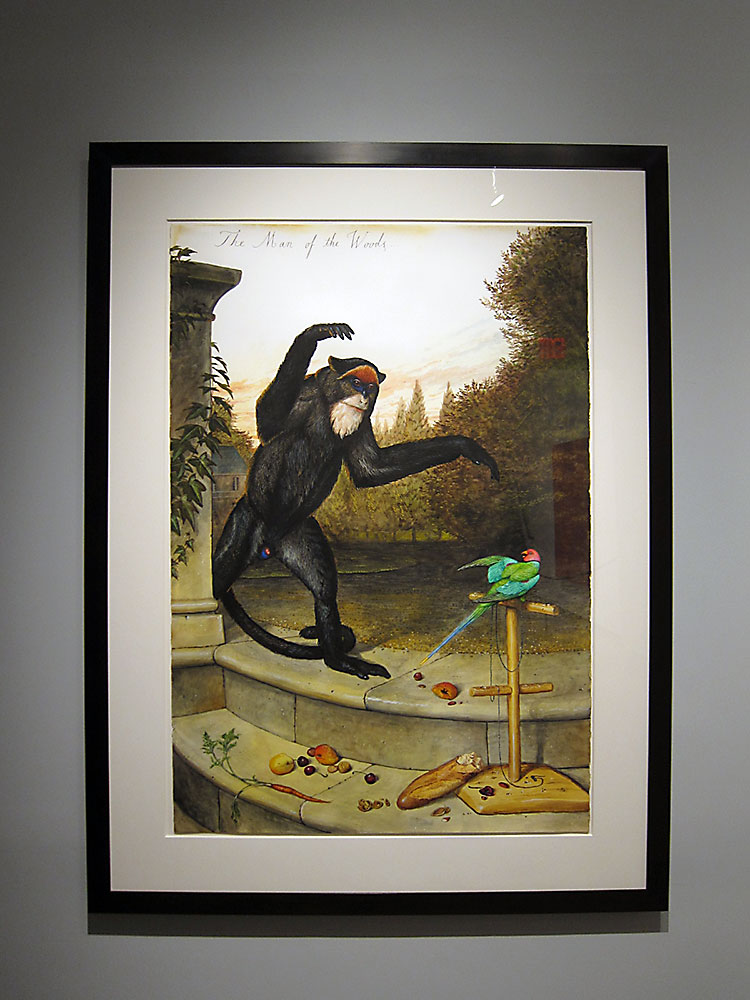