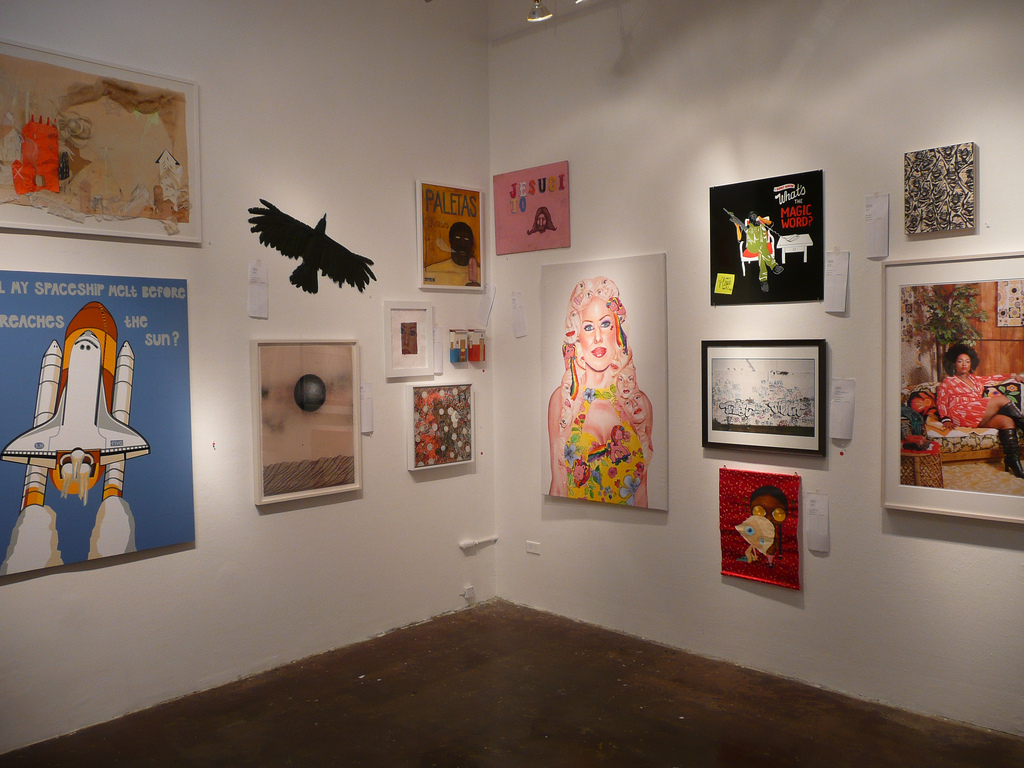 Last weekend, the non-profit Luggage Store Gallery held a benefit auction to support their efforts in programming future exhibitions, Tenderloin National Forest, public art programs, artist in residency as well as the Short Cuts and The Creative Music Series. Much of the works that were up for auction were by artists the gallery supported in the early stages of their careers. Some of the notable artists include Os Gemeos, Barry McGee, Tauba Auerbach, Date Farmers, Henry Gunderson, Steve Powers, Swoon, Clare Rojas and Andrew Schoultz (just to name a few). Those who were able to get tickets and make it to the preview reception were treated to an intimate live performance by Devendra Banhart. AM decided to check out the exhibition before it closes on November 26.

Our photos from the visit after the jump… 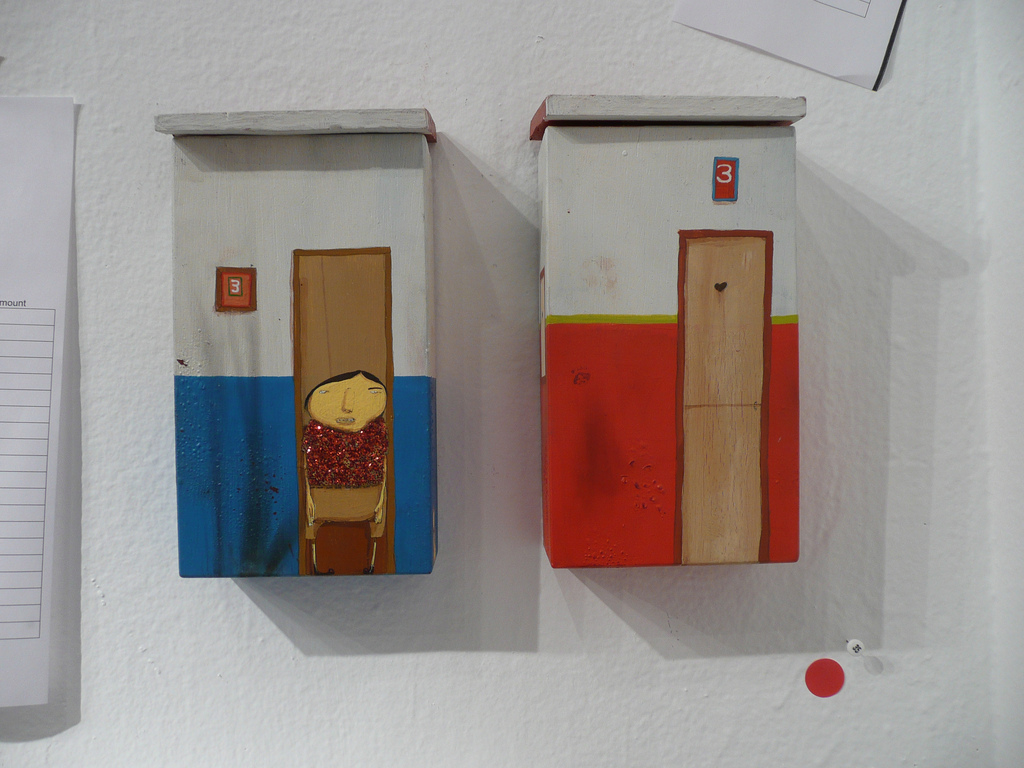 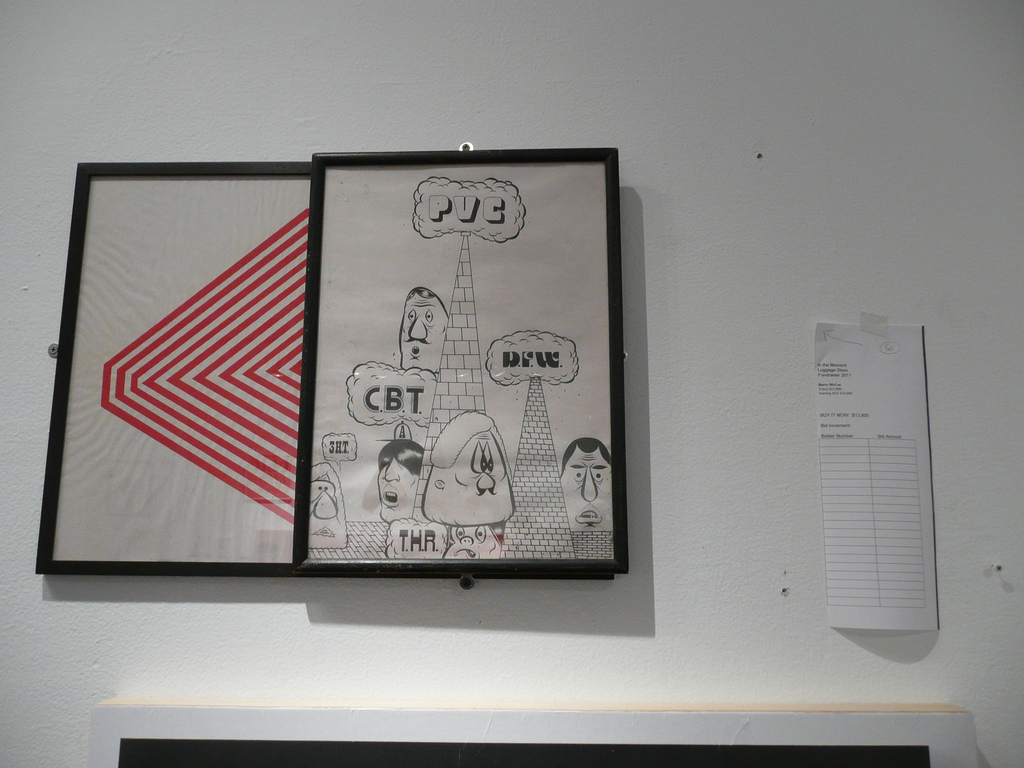 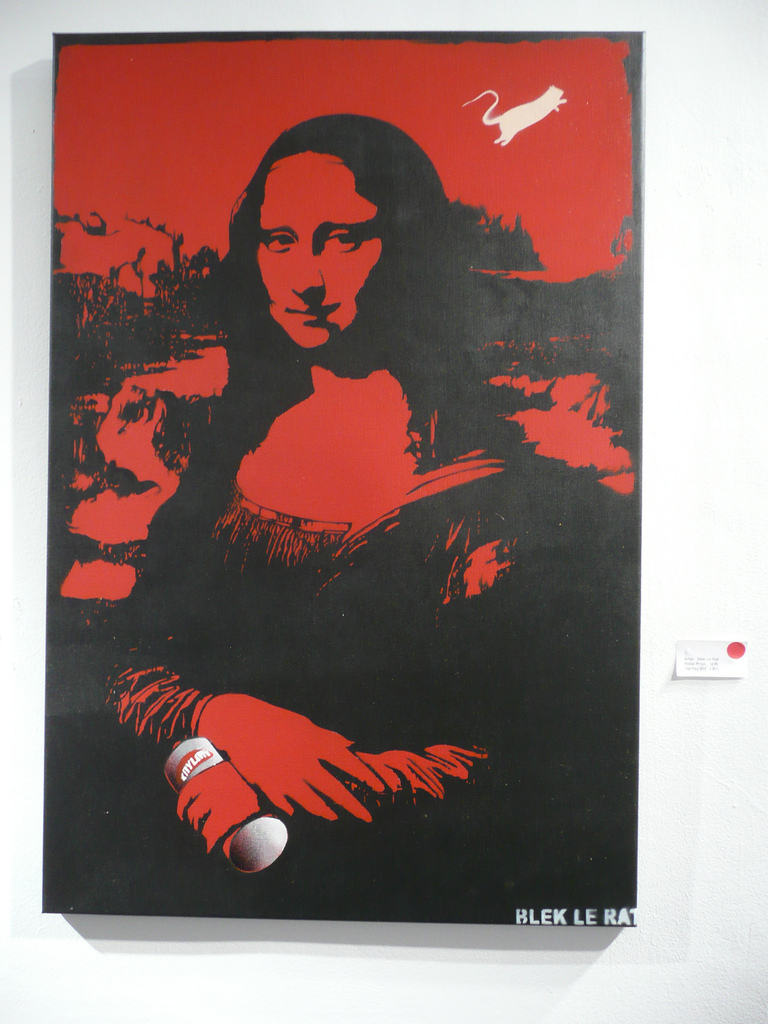 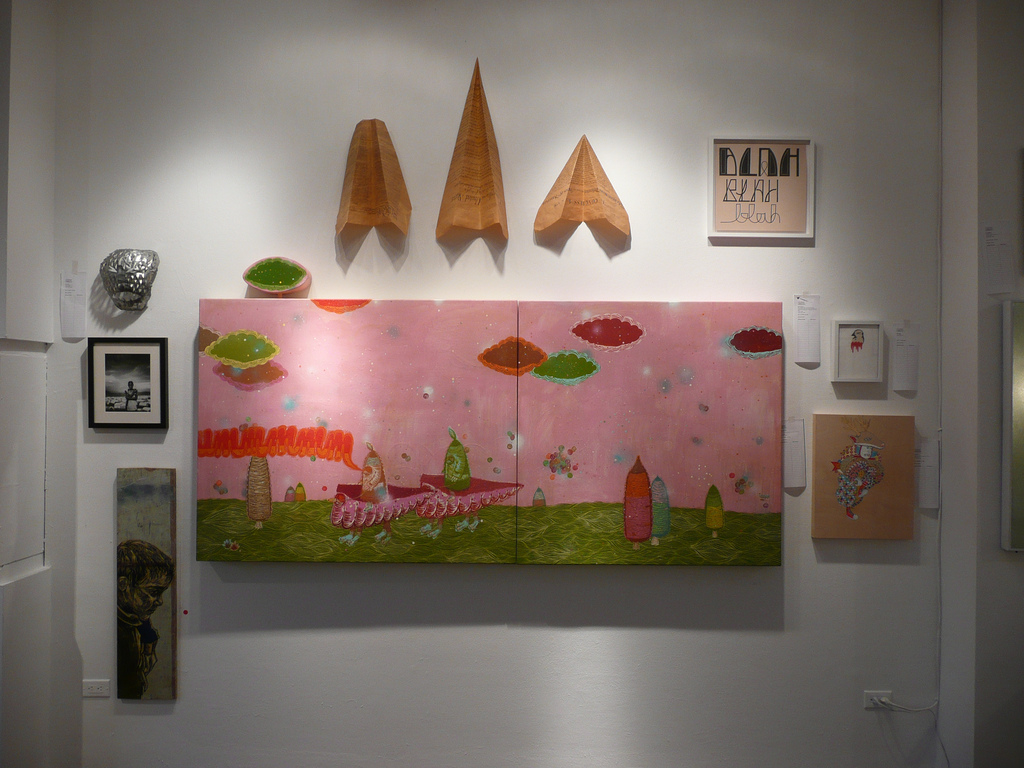 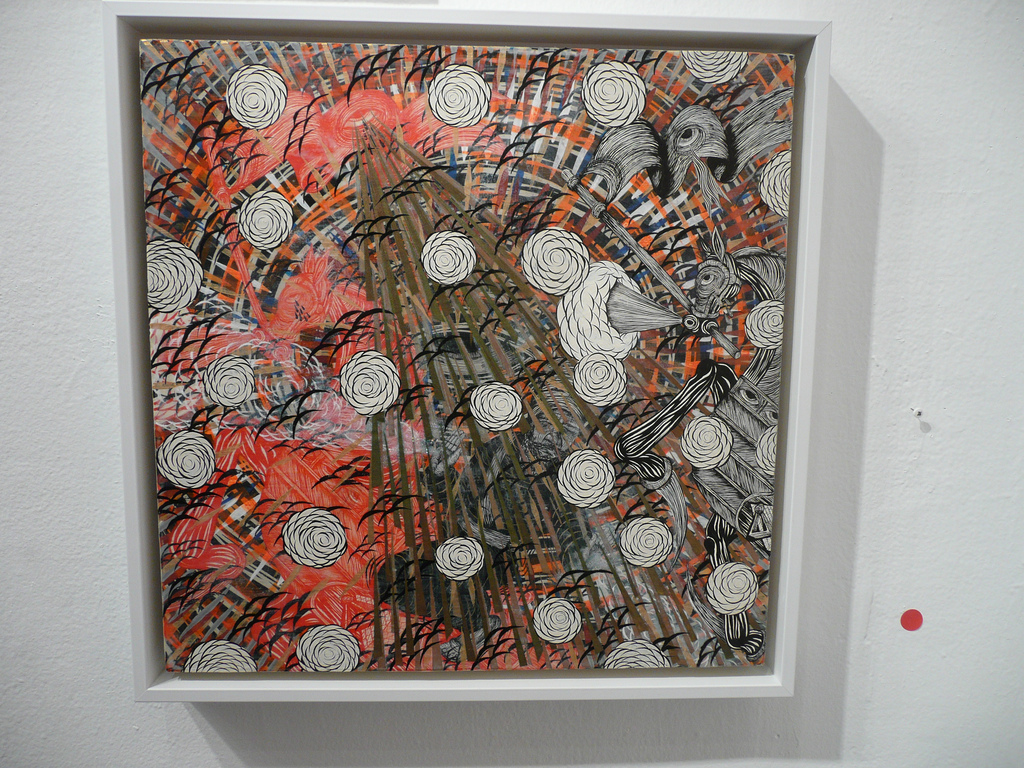