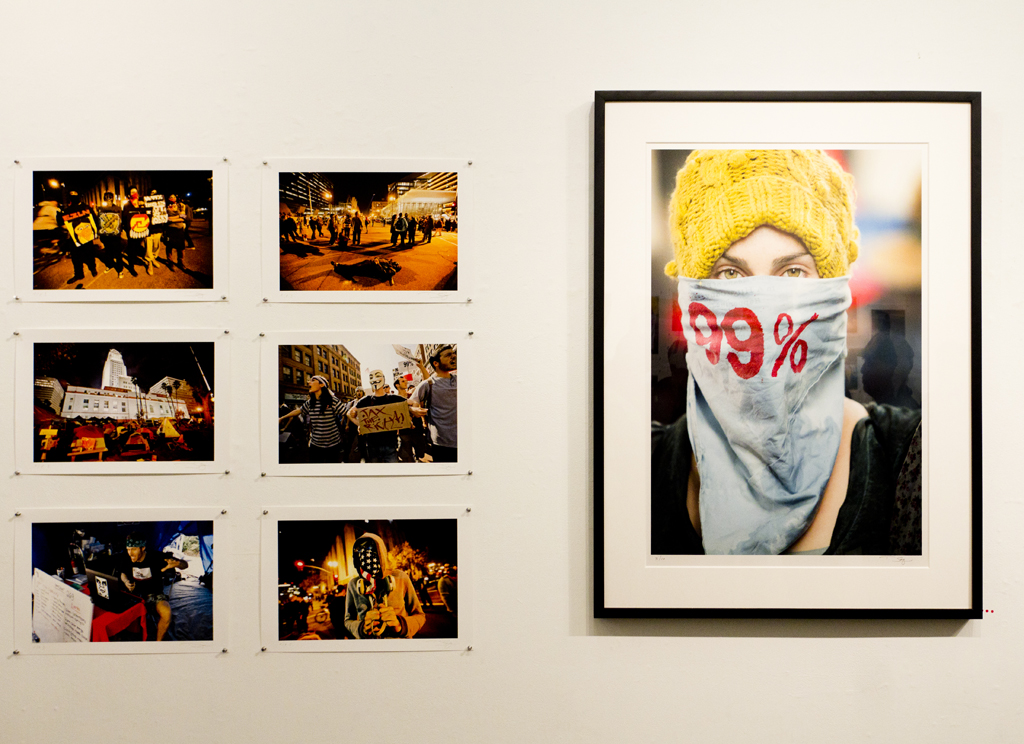 Over the weekend, the Robert Berman Gallery presented an exhibit titled Just Occupy which gathered a collection of photography from photojournalists Ted Soqui and Christopher Felver, as well as works from Shepard Fairey (featured). The pieces shown centered on the L.A. Occupy movement that took shape during 2011 and it also marks the first major exhibition documenting this particular moment in time and those people who experienced it. The majority of the show included photographs from Soqui who shot the iconic image of the female protester wearing the 99% bandana which was later reworked by Fairey for Time Magazine’s Person of the Year Issue (featured). Although this image was the focus of the exhibit, the rest of his photography did an amazing job of capturing some great moments and they were just as iconic as any other image within the gallery.

Felver’s work on the other hand featured an interesting combination of photo-based collages which also encapsulated various iconography that is part of the Occupy movement. In addition to these two bodies of work, Shepard Fairey also presented the Occupy Protester print as well as two other images dealing with similar issues centered around tmovement.

More photos from the opening after the jump… 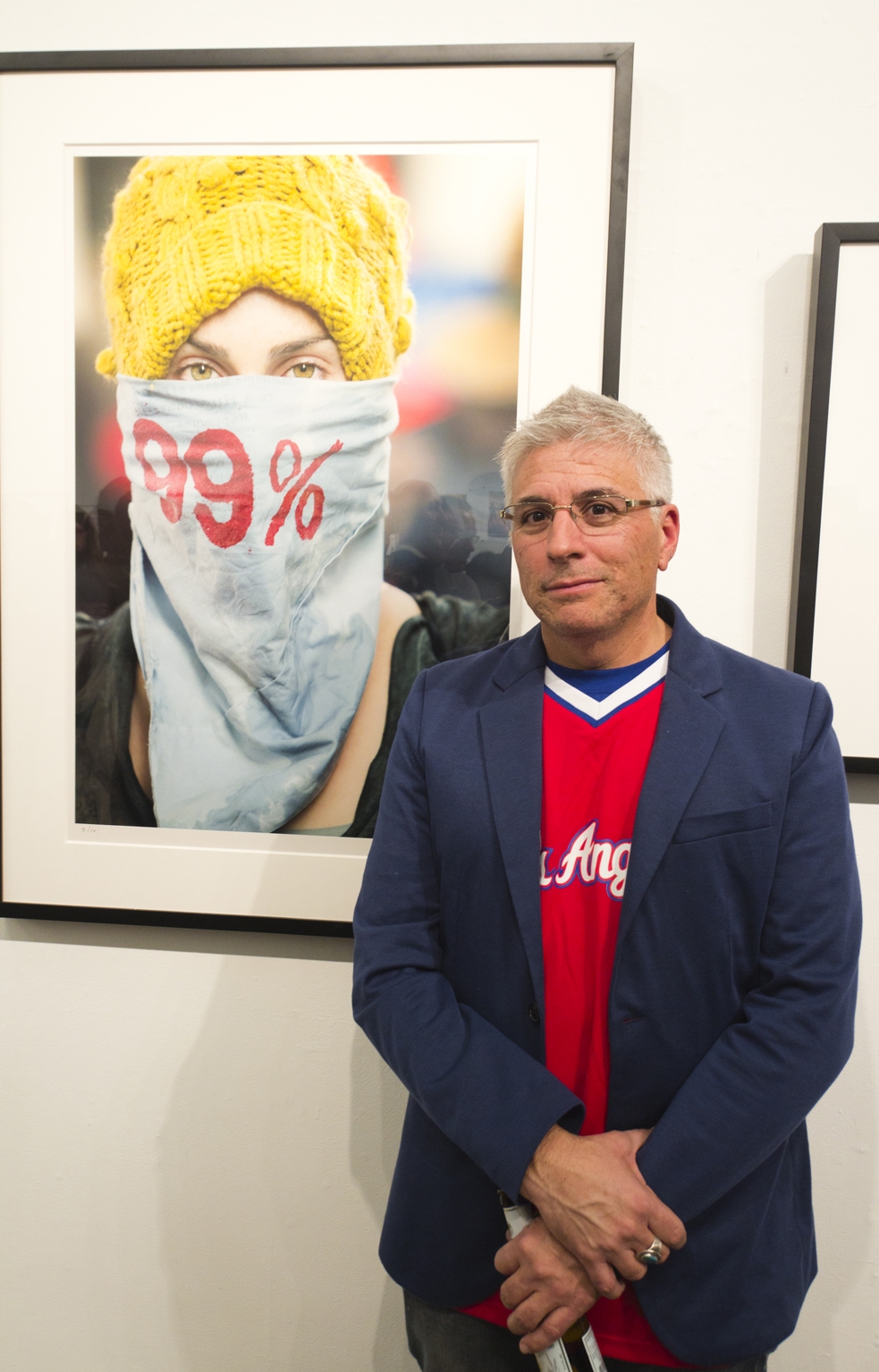 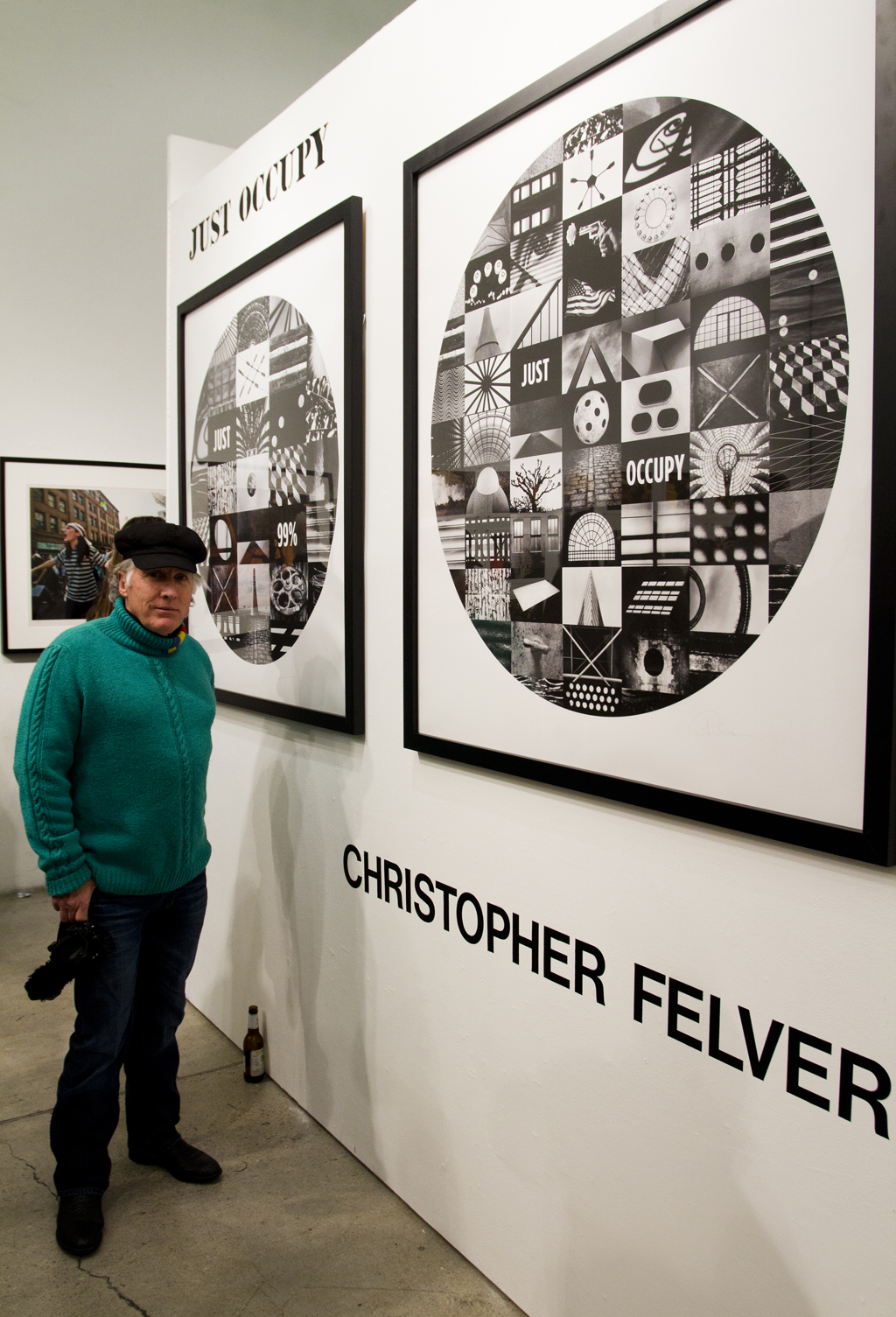 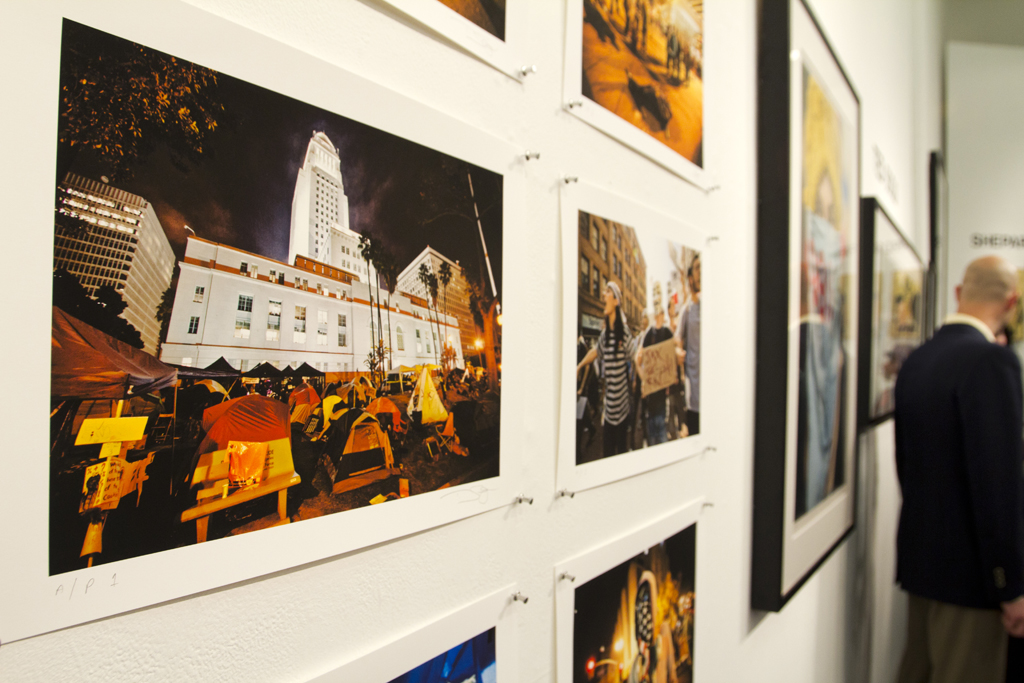 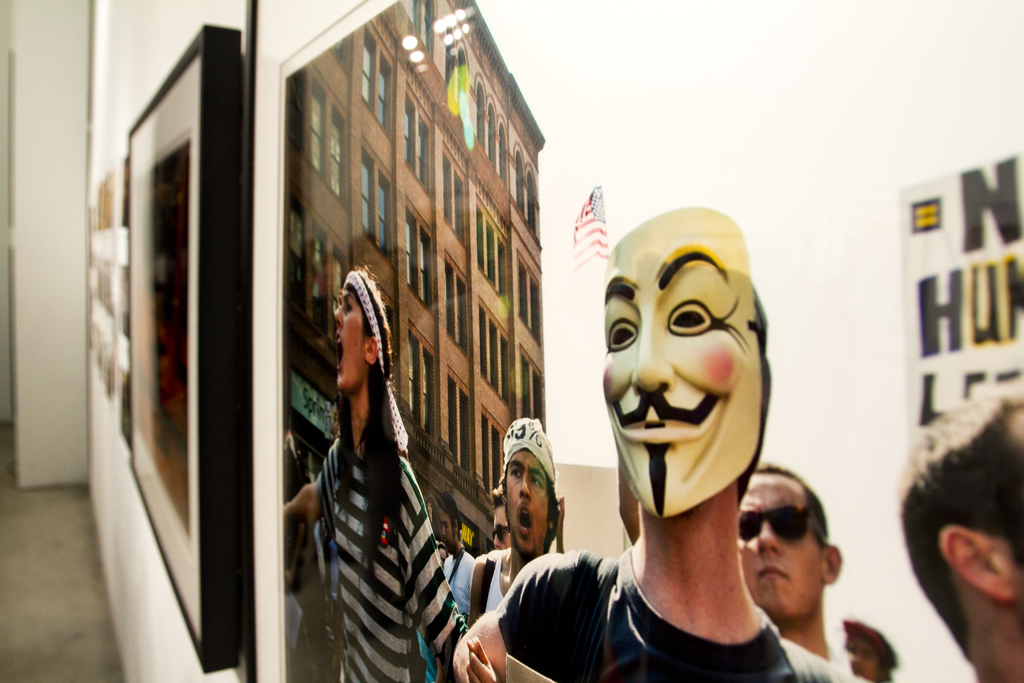 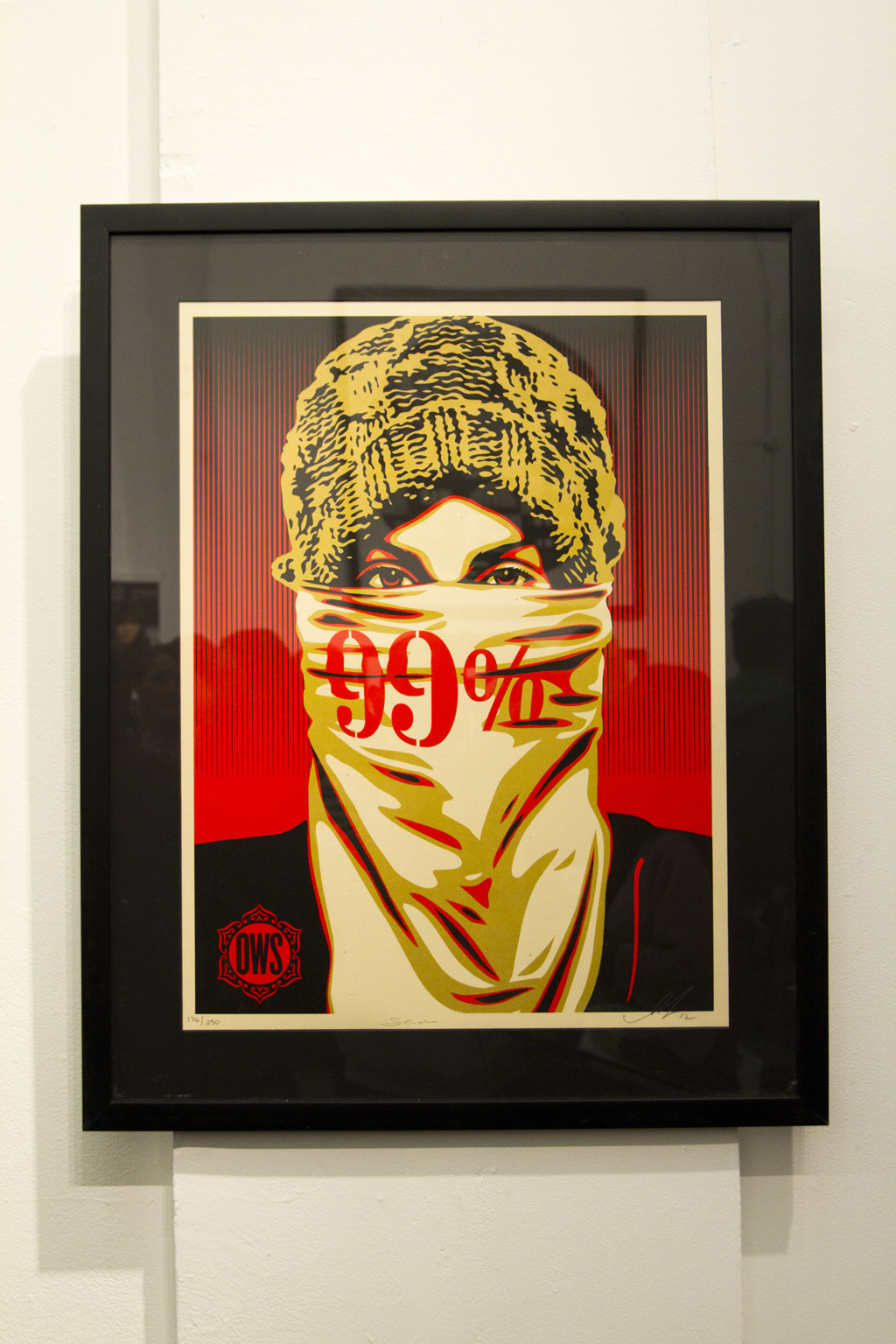 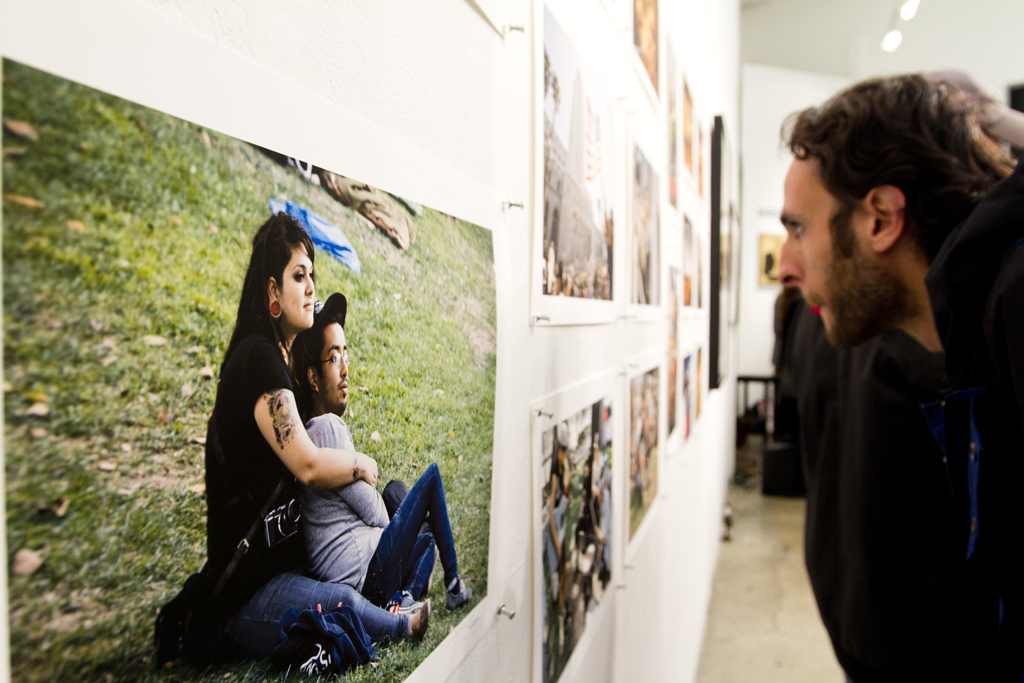 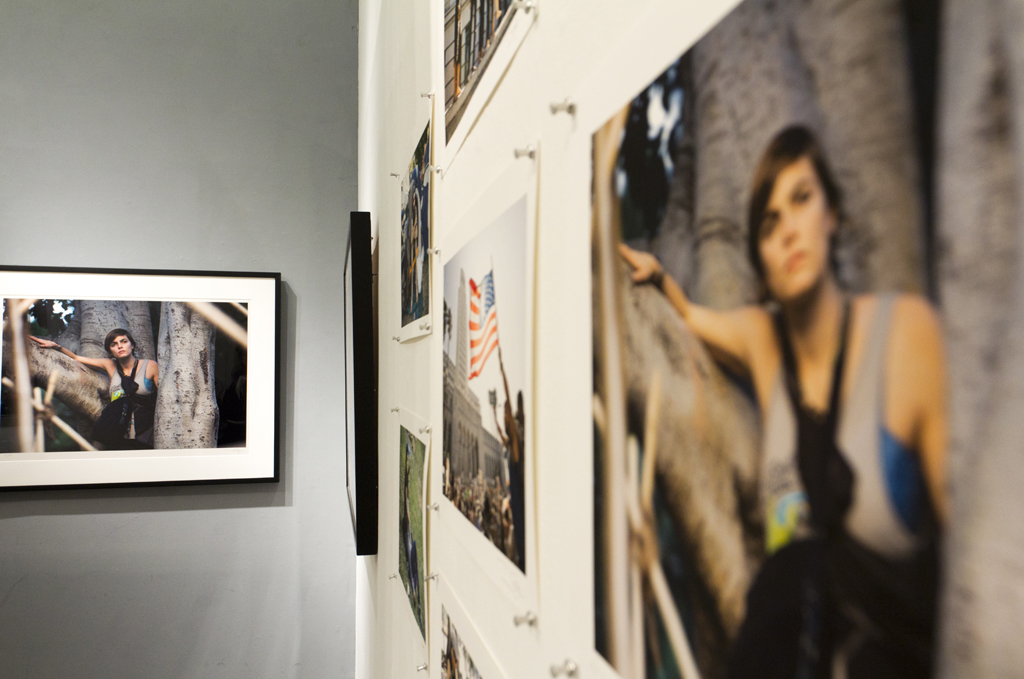 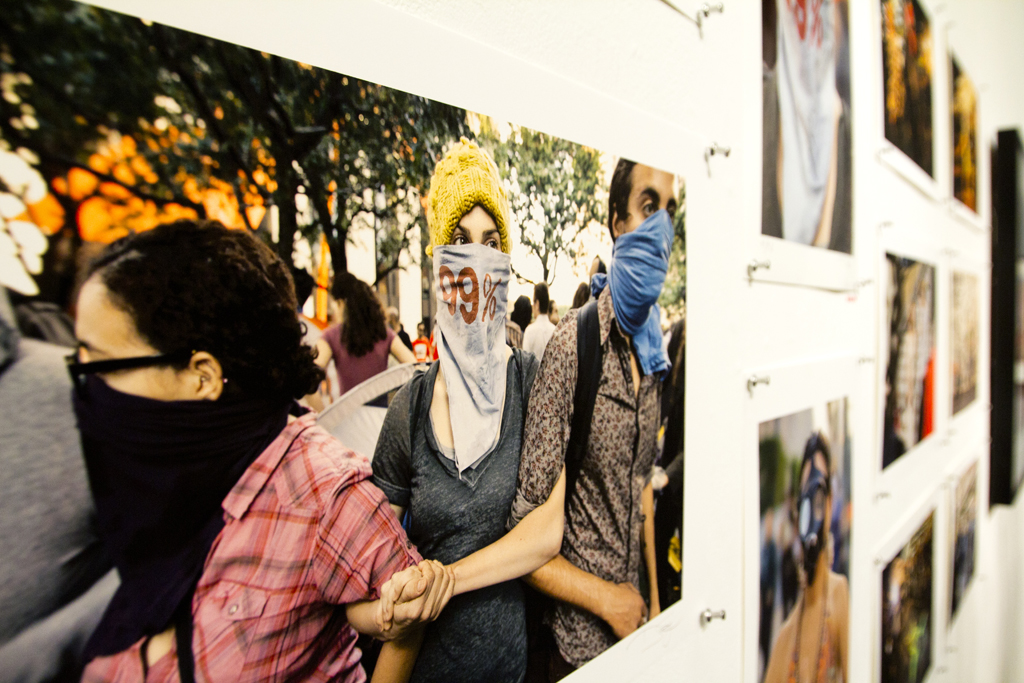 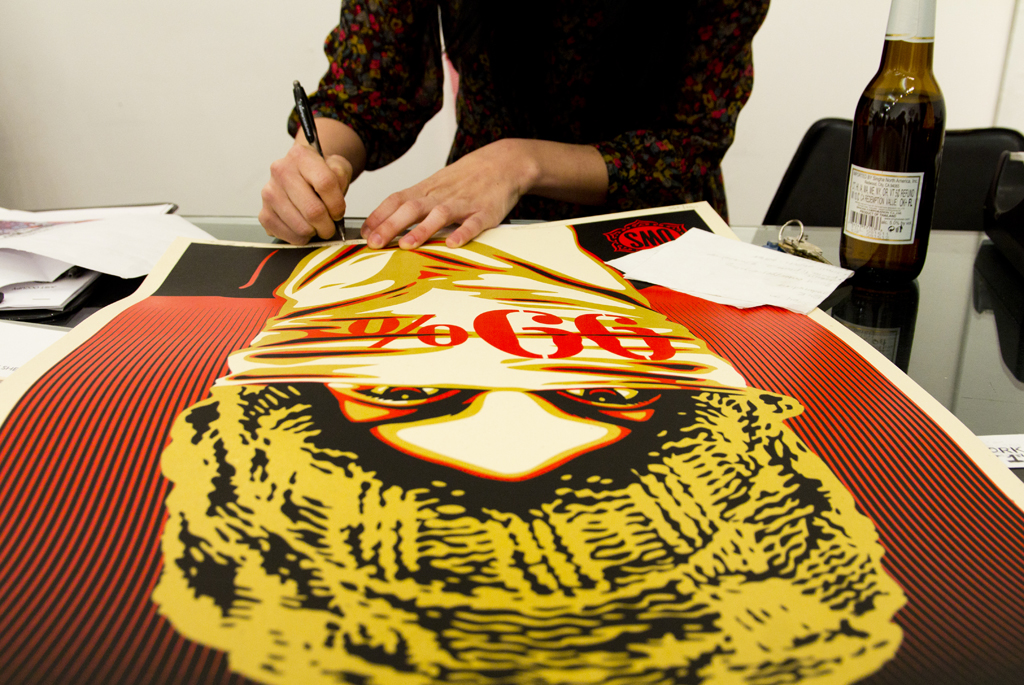