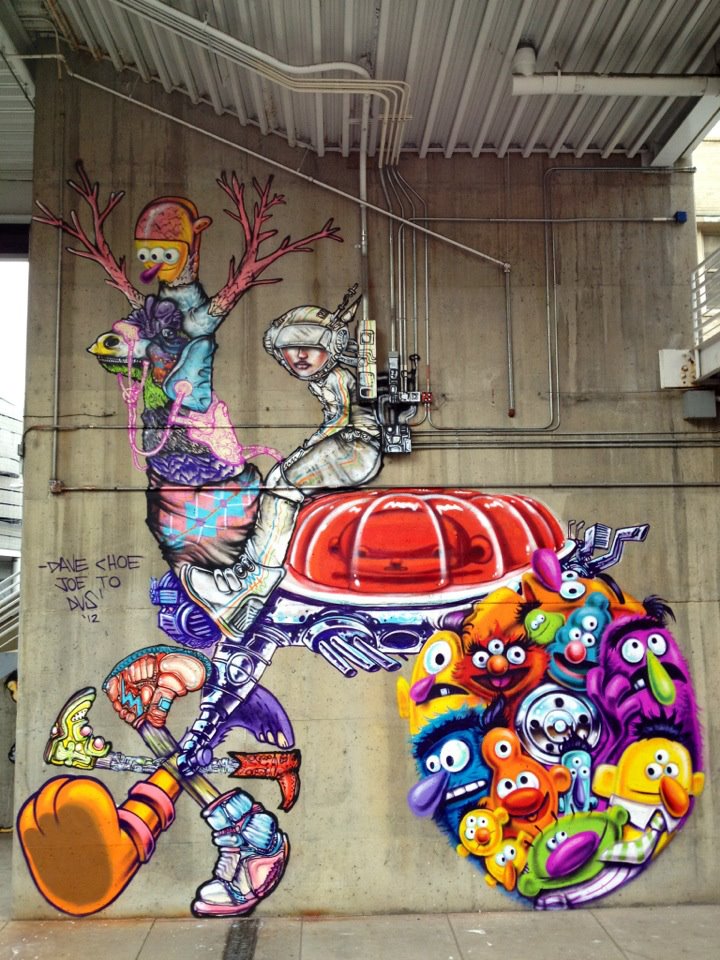 After hitting up the new Facebook headquarters at the behest of Mark Zuckerberg, David Choe (featured) headed over to Mile-High City for the Terminal Kings project at the Denver International Airport. While that event (more on this later) also features the work of Sam Flores and Highgraff, David also brought along his friends, artists DVS-1 and Joseph To, to get in on the fun with some high energy collaborations. 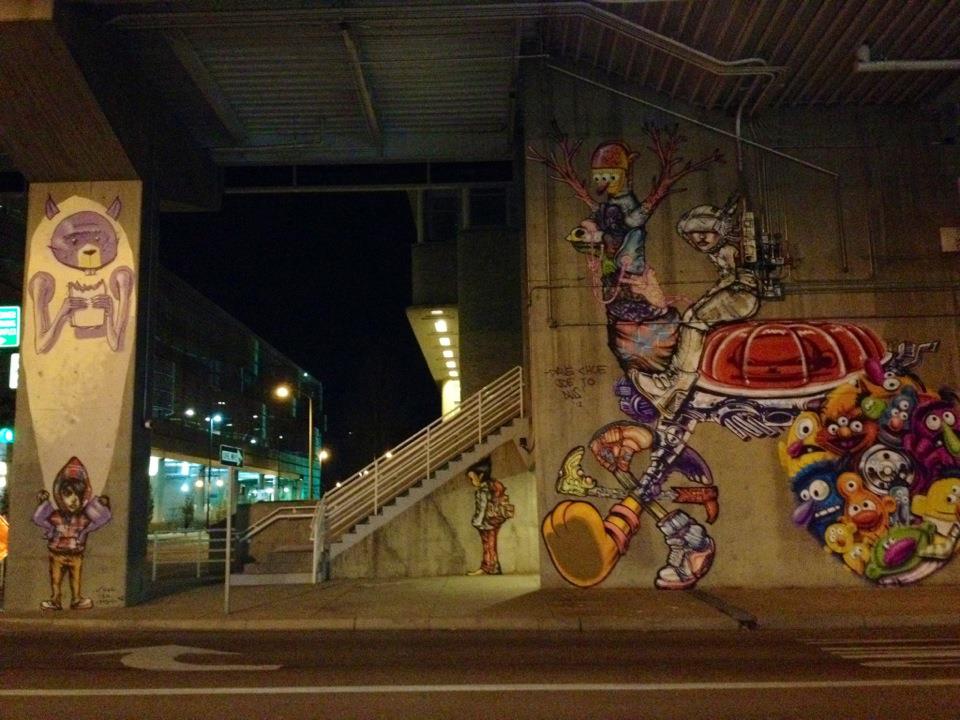 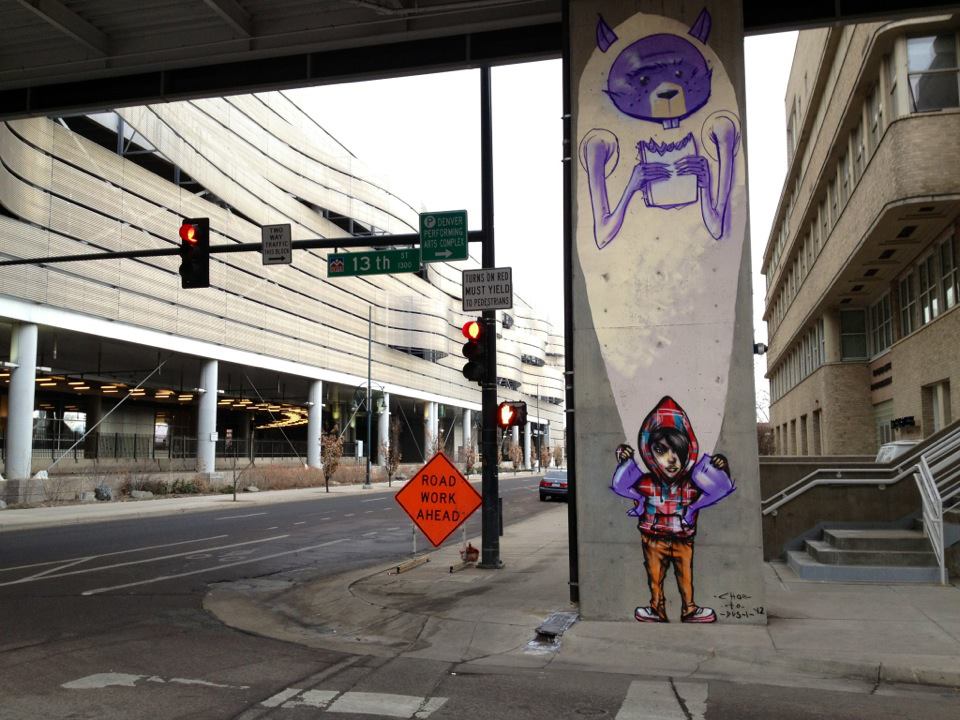 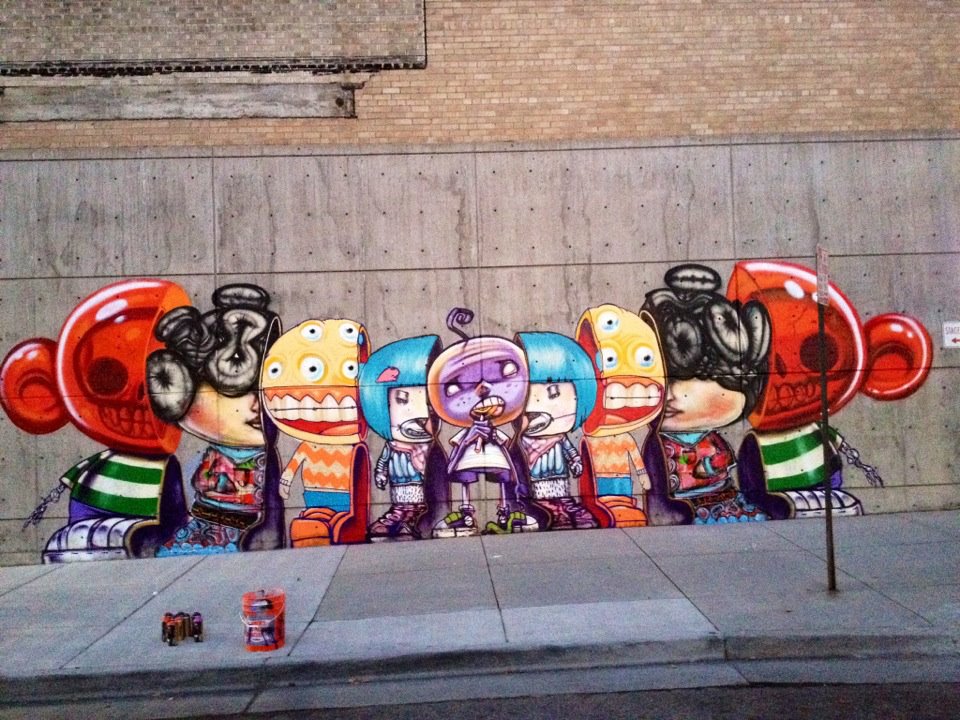 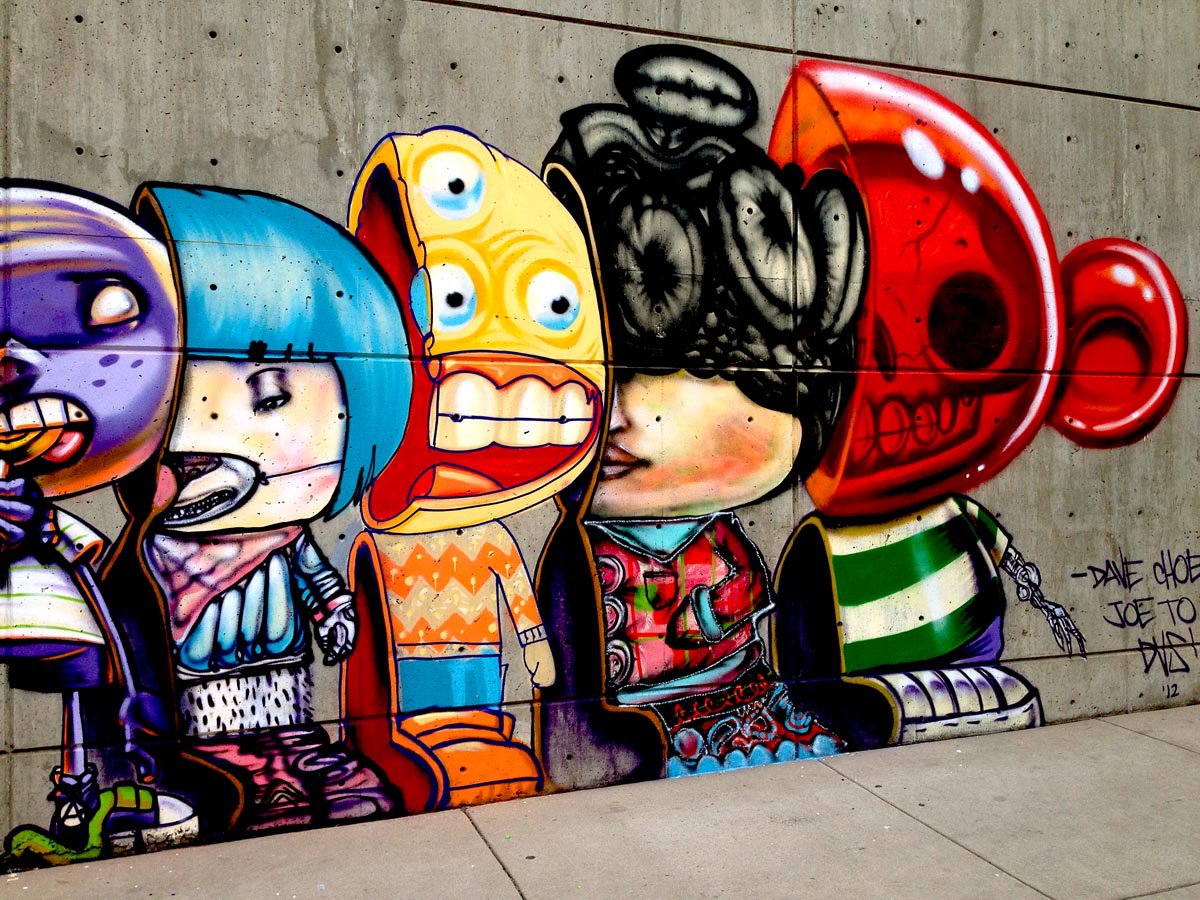