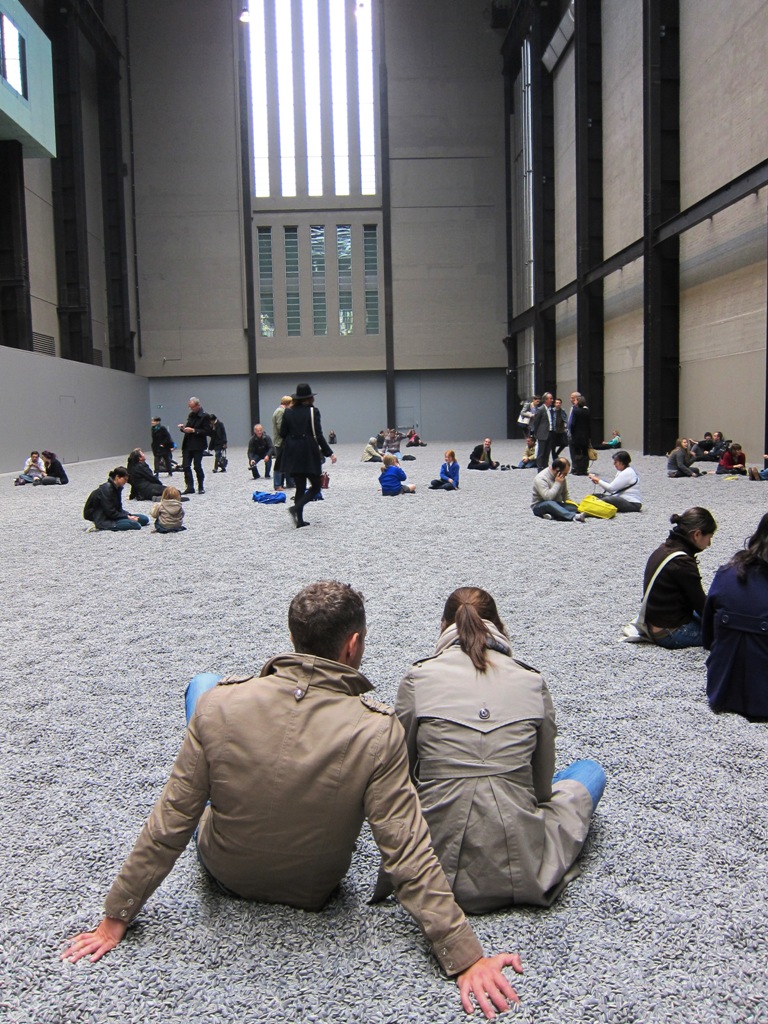 Installation at the Tate Modern.

For those who missed the recent museum exhibition from Ai Weiwei in Taiwan (including the stunning bicycle sculptural masterpiece), don’t despair. The next chance to catch work from the Chinese artist and recent TIME Person of the Year runner-up is coming up in New York this Saturday, January 7th. Mary Boone Gallery will be hosting his iconic Sunflower Seeds installation, which first blew our minds back in 2010 when we visited the Tate Modern in London.

“The sunflower, with its destiny to follow the sun, became a common metaphor for The People during China’s Cultural Revolution. At the same time, the seeds of the flower provided sustenance at all levels of society. The work is a commentary on social, political and economic issues pertinent to contemporary China: the role of the individual versus the masses, and China’s long history of labor-intensive production and export.”

Via Animal and My Love For You.
Discuss Ai Weiwei here.