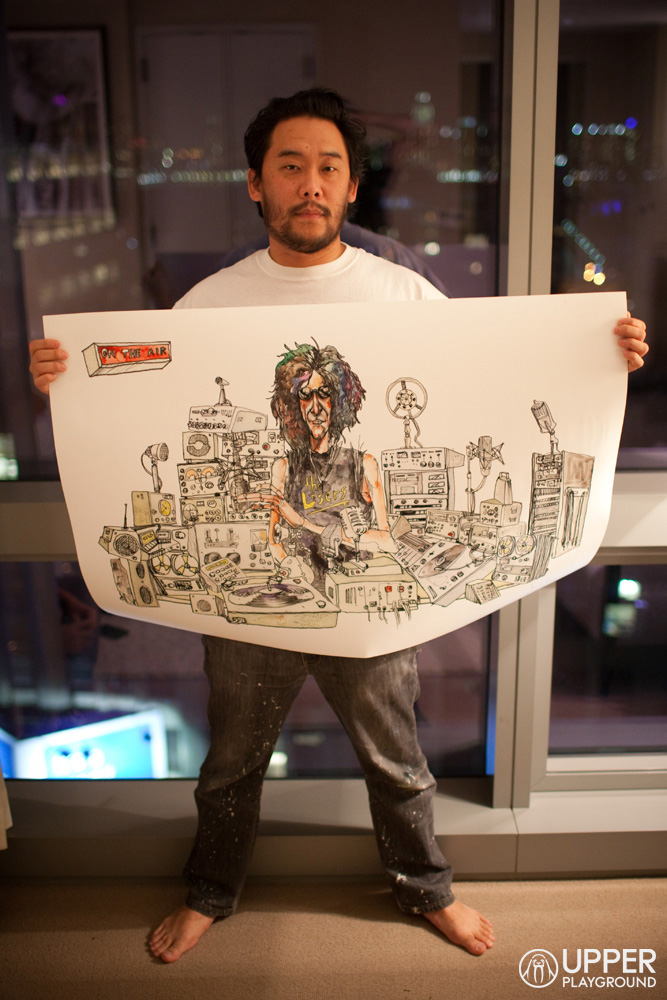 Image of a gift from Choe to Howard Stern. Photo via Upper Playground.

In the insanity and aftermath of news breaking that David Choe (featured) stands to make $100-200 million dollars on the upcoming Facebook IPO, all the major network shows were attempting to book him for an interview. His first choice as a longtime fan was of course to be interviewed by Howard Stern (which makes sense if you know David’s lifestyle and humor).  You can see a video clip as well as audio clips of the entire interview after the jump where no topic was left untouched which ended with Stern adopting the artist as his son and where it sounds like David revealed that he might be worth even more than what people originally thought.