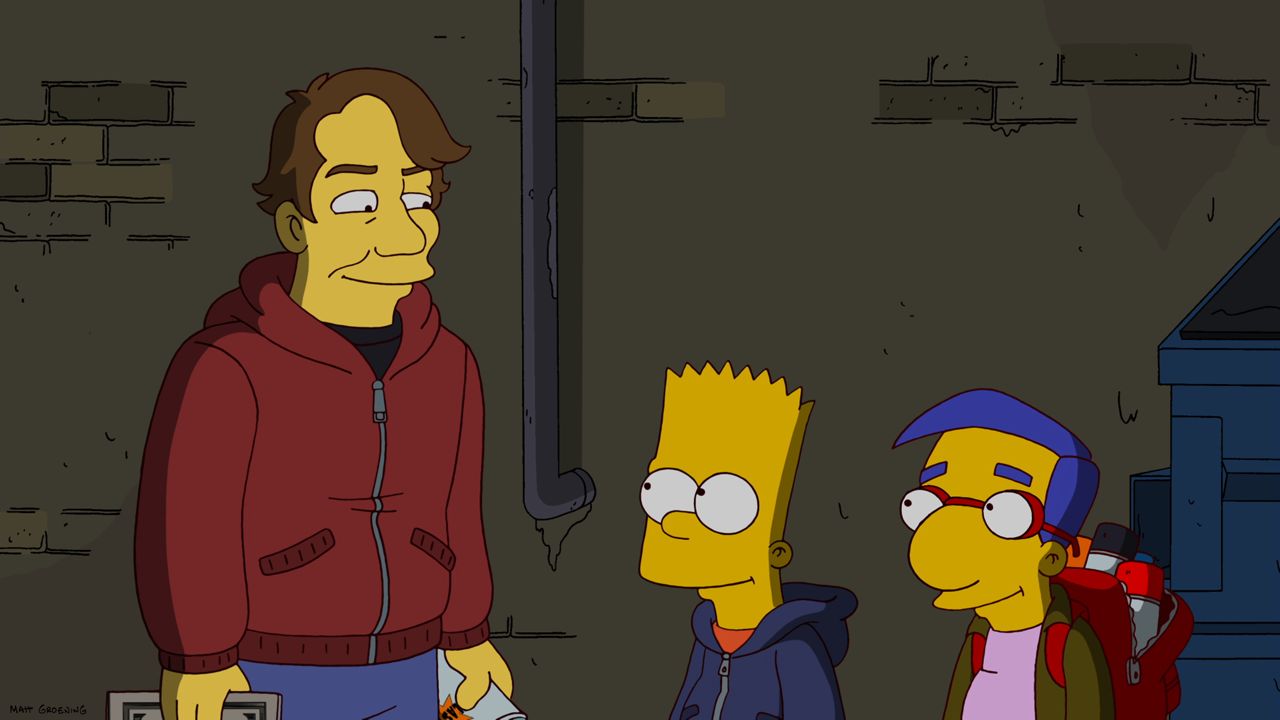 After his artwork appeared on popular animated television shows like Family Guy and South Park, Shepard Fairey (featured) will make the jump to iconic series The Simpsons on March 4th. This time around, he will be featured as an actual character in Episode 15 of the 23rd season, Exit Though The Kwik-E-Mart a riff on the name of the documentary from Banksy, who also famously directed the opening sequence for the show back in 2010. Ron English (who also had a turn on the show previously), Kenny Scharf, and Robbie Conal also make a guest appearance.

Check out another shot, a brief synopsis of the episode, and a word from Shep after the jump… 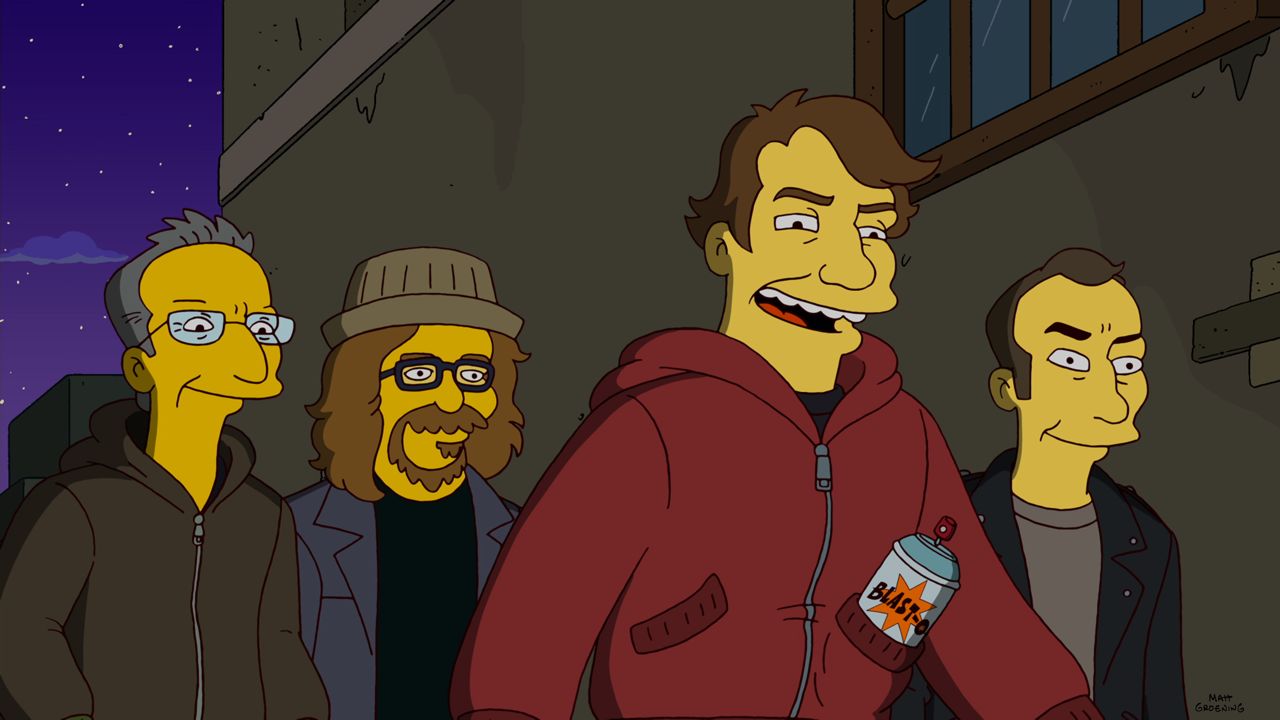 In order to get back at his dad, Bart goes undercover as a graffiti street artist and plasters Homer’s unflattering image all over Springfield. But one night, Bart and Milhouse get caught in the act by established street artists Shepard Fairey, Ron English, Kenny Scharf and Robbie Conal (guest voicing as themselves), and to Bart’s surprise, they invite him to exhibit his satirical artwork in his very own gallery show. Meanwhile, a hip, new health food superstore opens in Springfield that threatens to put Apu and the Kwik-E-Mart out of business.”

“Part of being on ‘The Simpsons,’ is you’re being honored as a reference point in culture,” Fairey says. But you also can’t be too sensitive about that part of culture being made fun of…There’s irony that comes with something outsider becoming insider. And they do a great job of examining that.” – Shepard