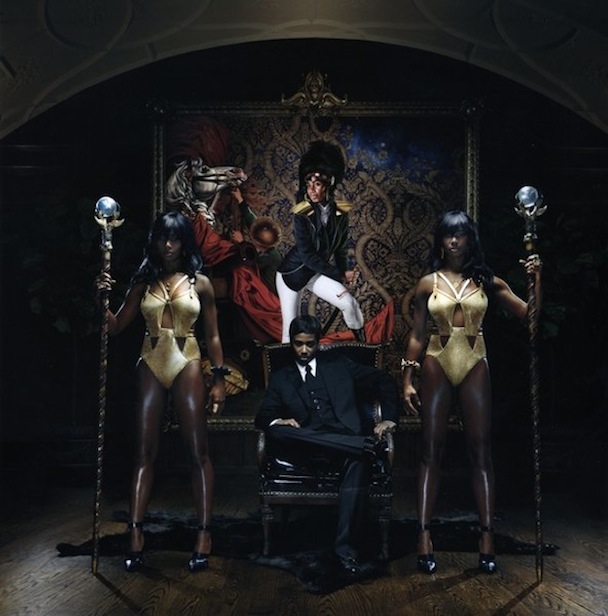 Take a look at this cover art for Santigold’s new album Master of My Make-Believe set to be released on May 1st. Along with her photographed conceptually as a Bond-girl and mafia Don, you can also see her painted as an army officer in the background by Kehinde Wiley. The signature stye in which the singer is rendered references 18th-century British artist Joshua Reynolds’s painting of Banastre Tarleton titled Portrait of an Officer, and is Wiley’s first painting of a woman ever.