It’s the Eve of Art HK and the city of Hong Kong is already a buzz with excitement as Galerie Perrotin is holding their grand opening show for their new space with one of the rising stars in the art world – KAWS (a.k.a. Brian Donnelly). This solo exhibition, Nature of Need, sees the return of KAWS to the city where he premiered his ginormous Passing Through Companion with an arsenal of new works that takes his iconic KAWSBOB characters to new heights.

AM was on hand as Emmanuel Perrotin and guests christened the 8000 square foot gallery. Separated into two distinct areas, the main room showcased the new series of vertical “plank” canvases. Measuring 7 foot in height, each piece represents a slice of emotion & action with a “less is more” motif. Like Damien Hirst’s Sliced Cows which portray life and death, these animated slices explore the ironies of our desires. With simple gestures, the series blends and evolves two bodies of works – his ground breaking tondo installation which premiered at the 2011 Armory and his recent solo at Honor Fraser.

The second room brings together a sampling of KAWS’ other works. At the center is the Chain of Command canvas where the abstract meets precision, creating a unique composition that induces a vague sense of recognition by drawing on both the NY-based artist’s roots in graffiti as a young adult and his first job working in the field of animation. We also see a set of 40 inch tondos, one of which contains the installation painting he created for his recent solo at the High Museum in Atlanta. In addition, making a return are two of his most famous signature looks in canvas form the white gloves of the Companion as seen on the cover of his monograph to his imposing Running Chum figure which was first displayed at Frieze NY.

This great exhibition runs from May 15th until June 30th, so if you’re lucky enough to be “Passing Through” Hong Kong do yourself a solid and stop by. 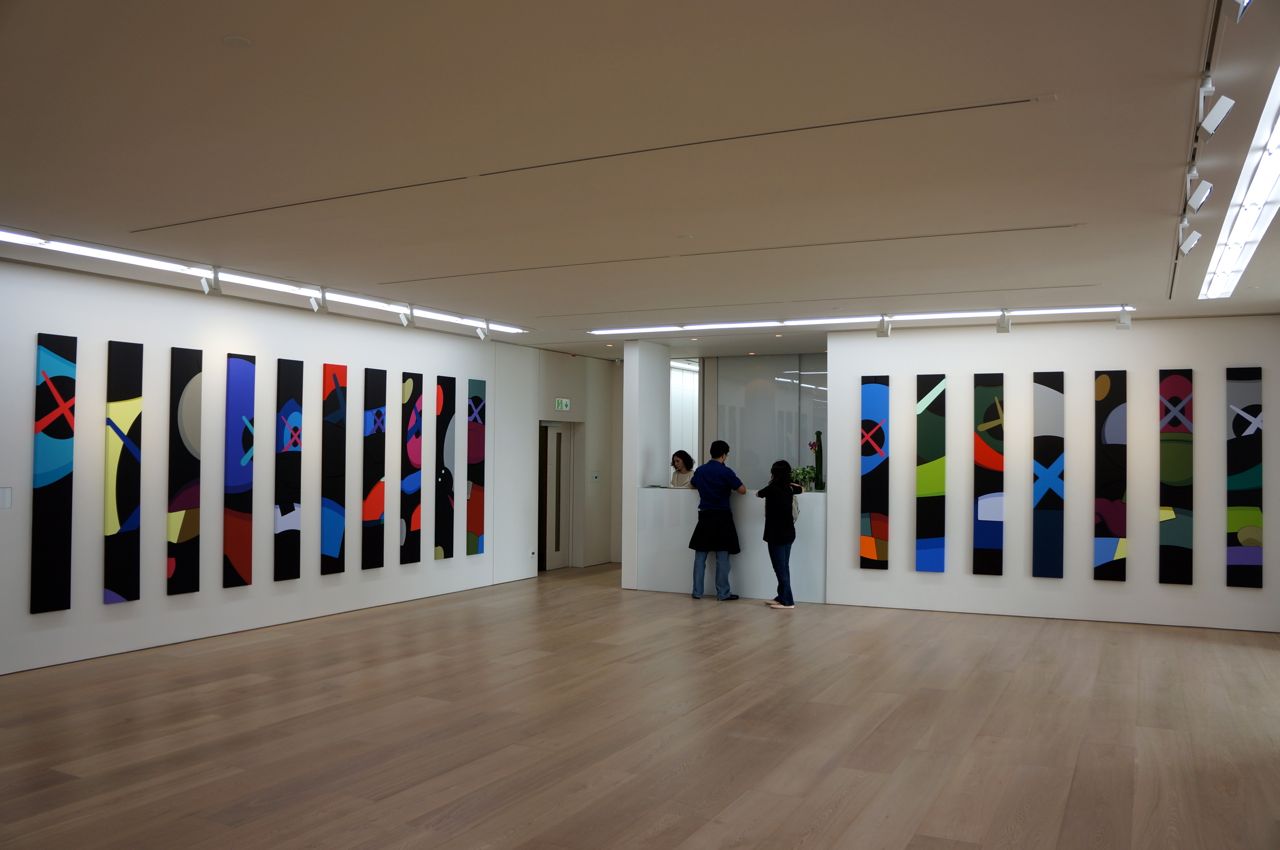 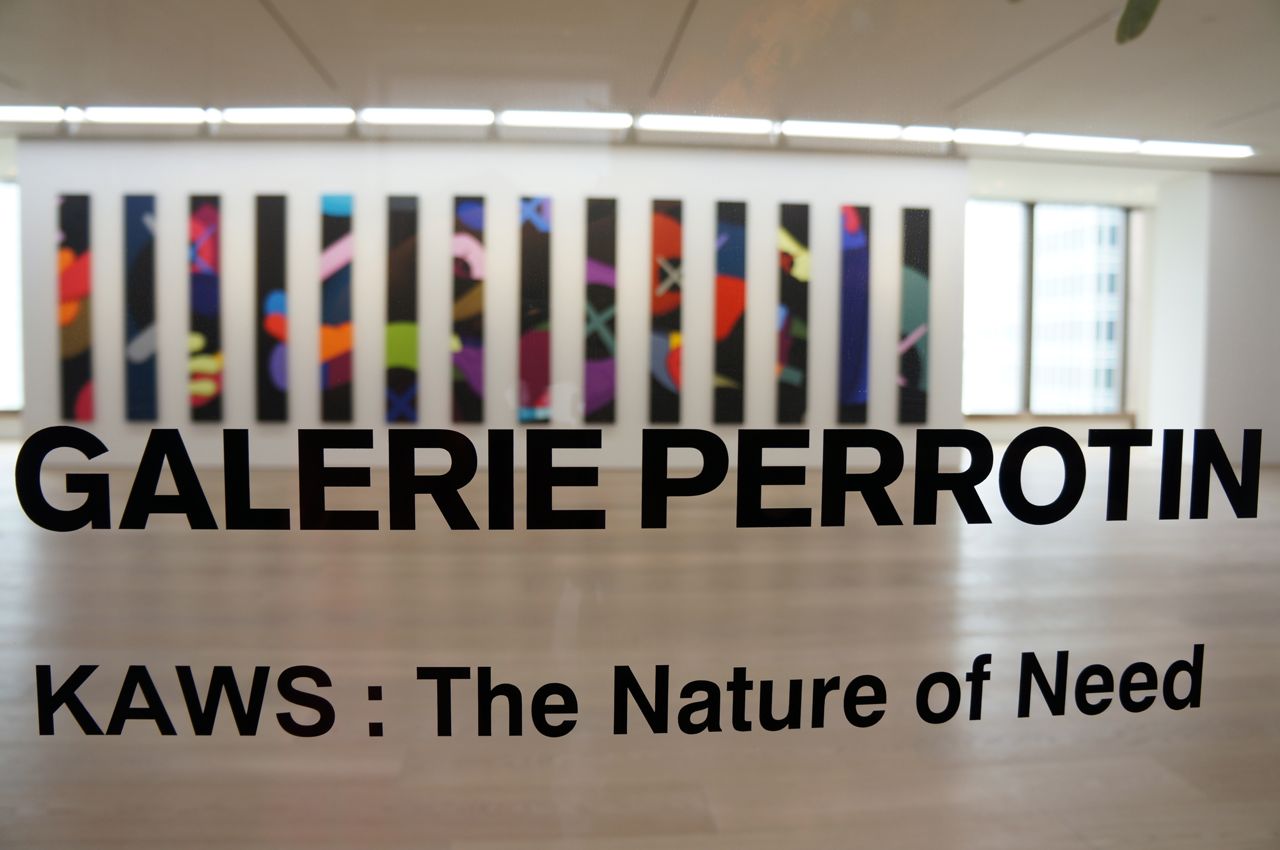 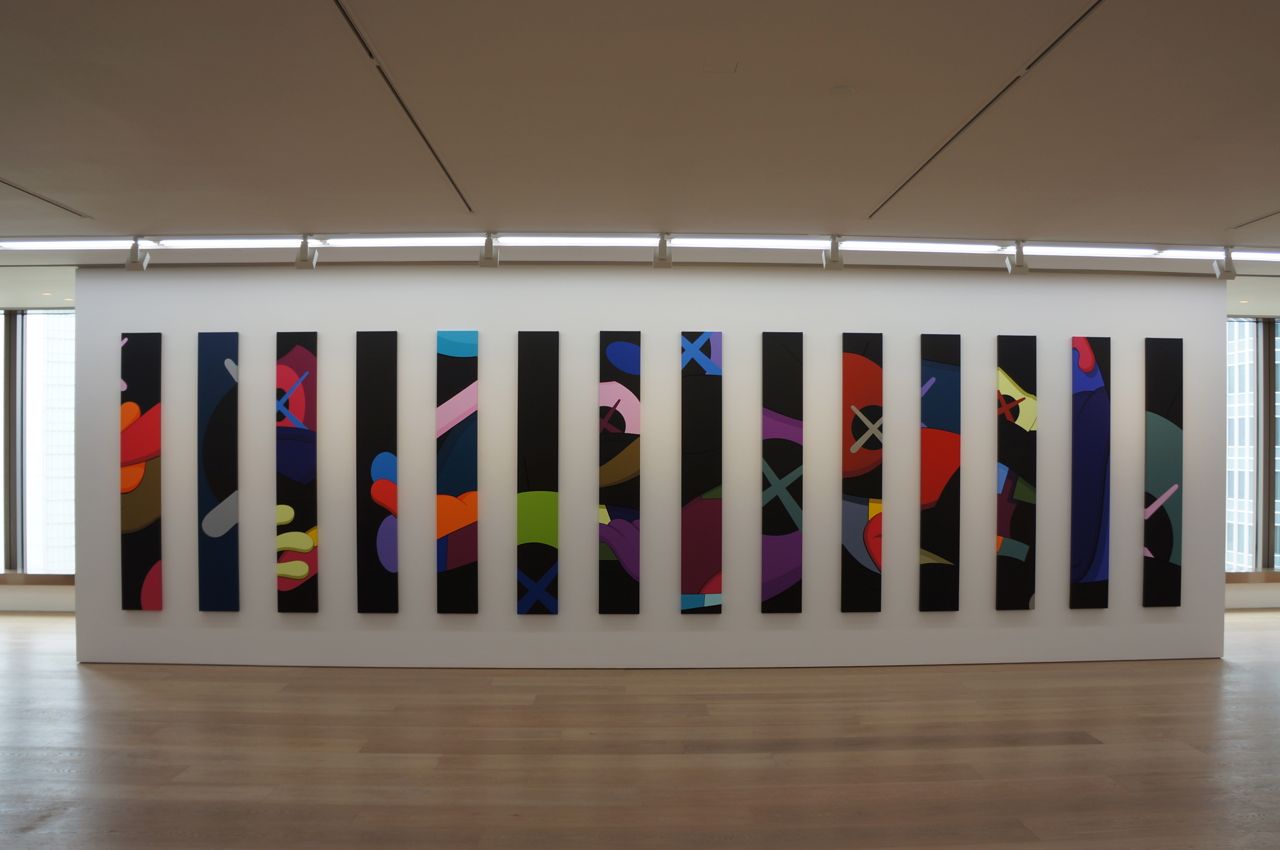 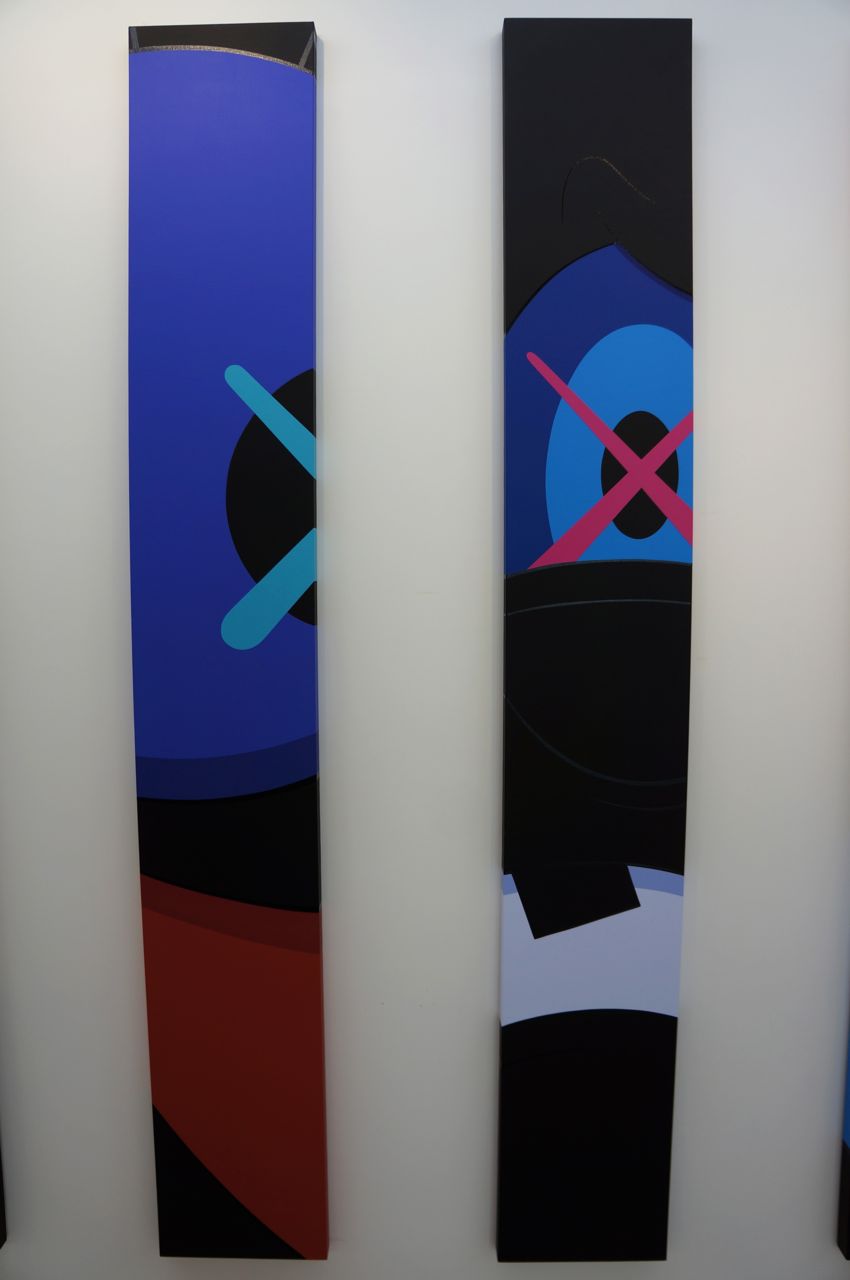 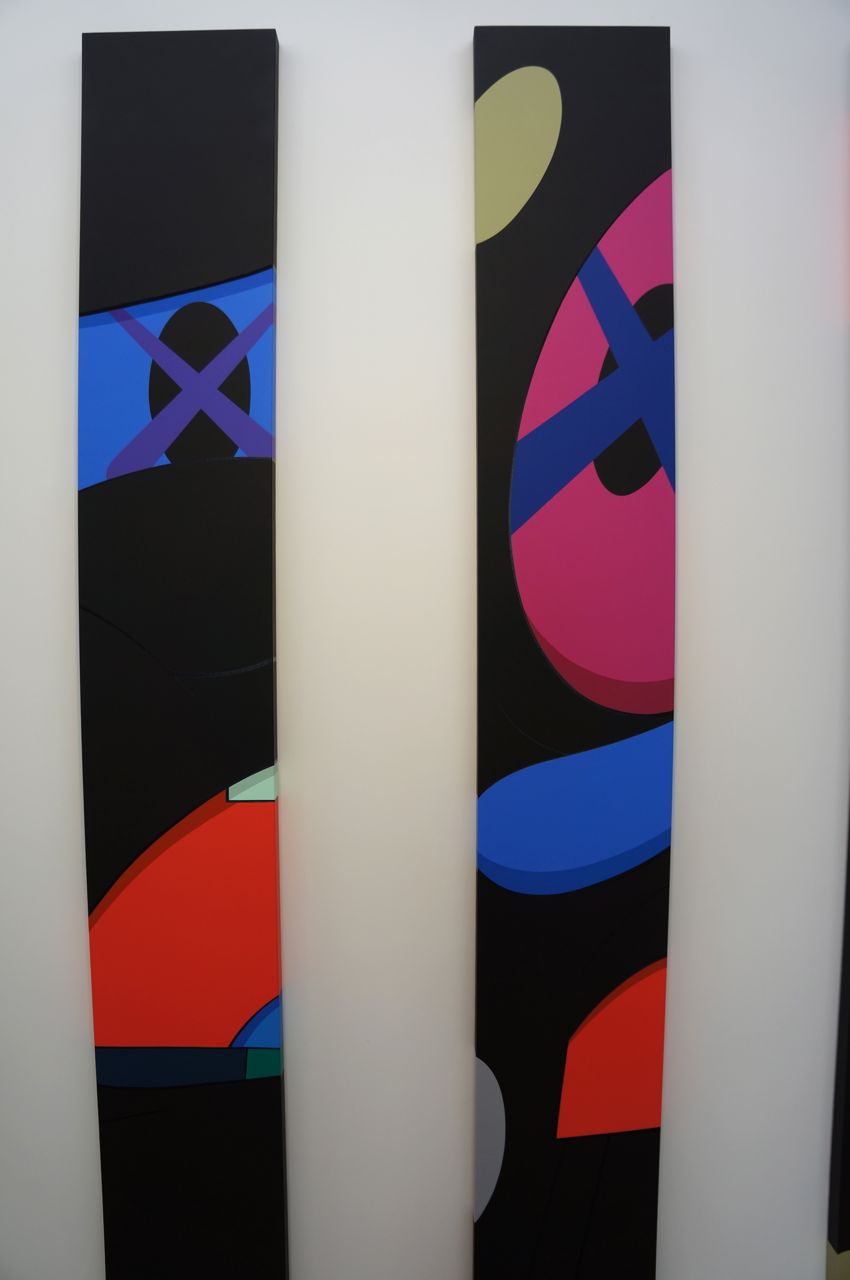 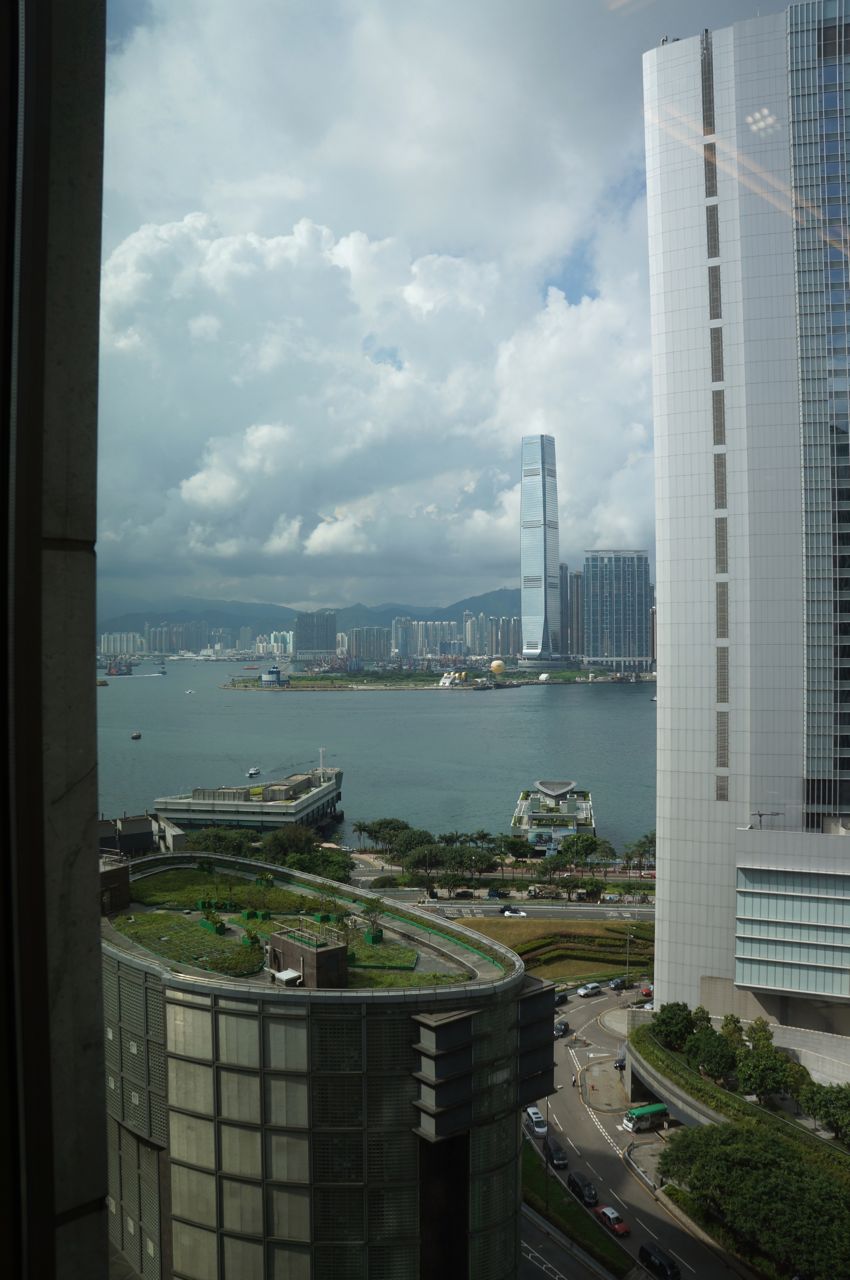 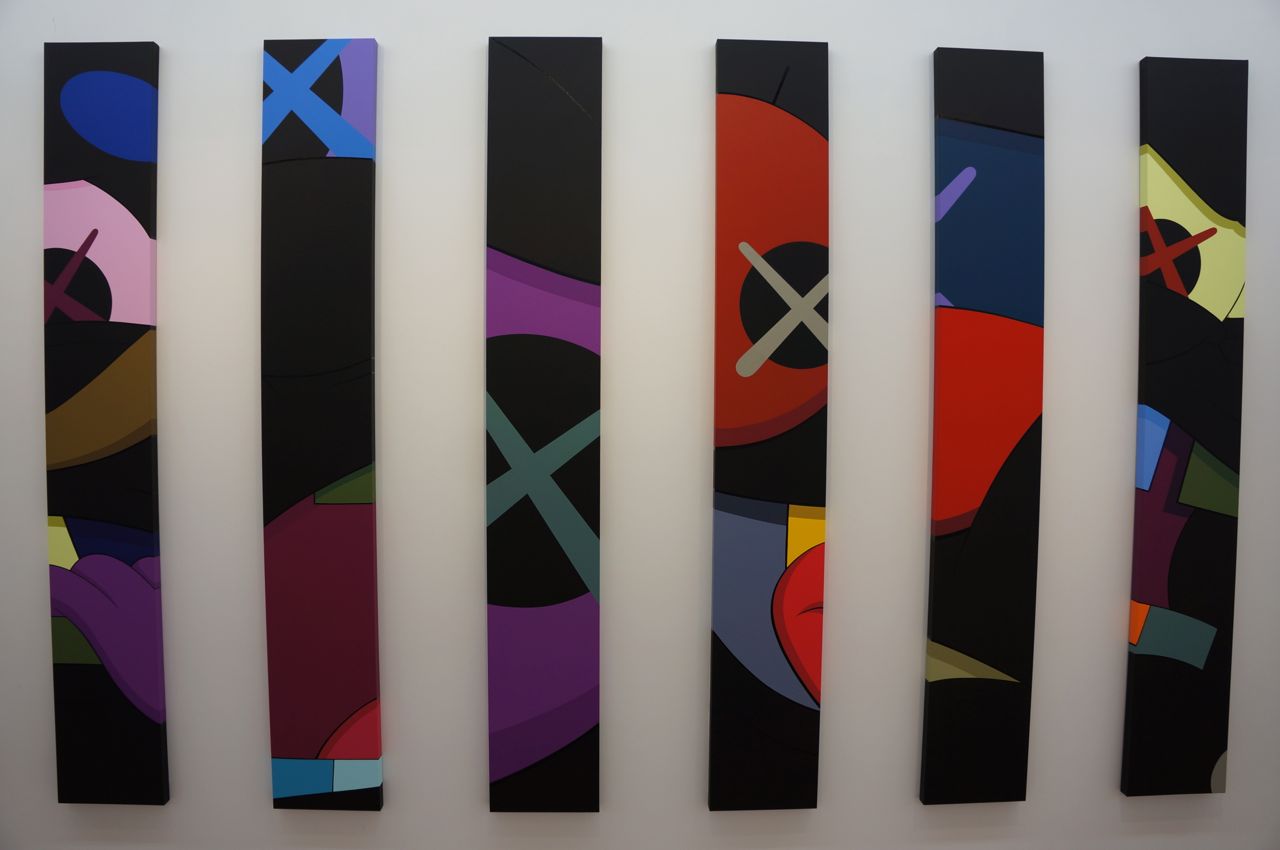 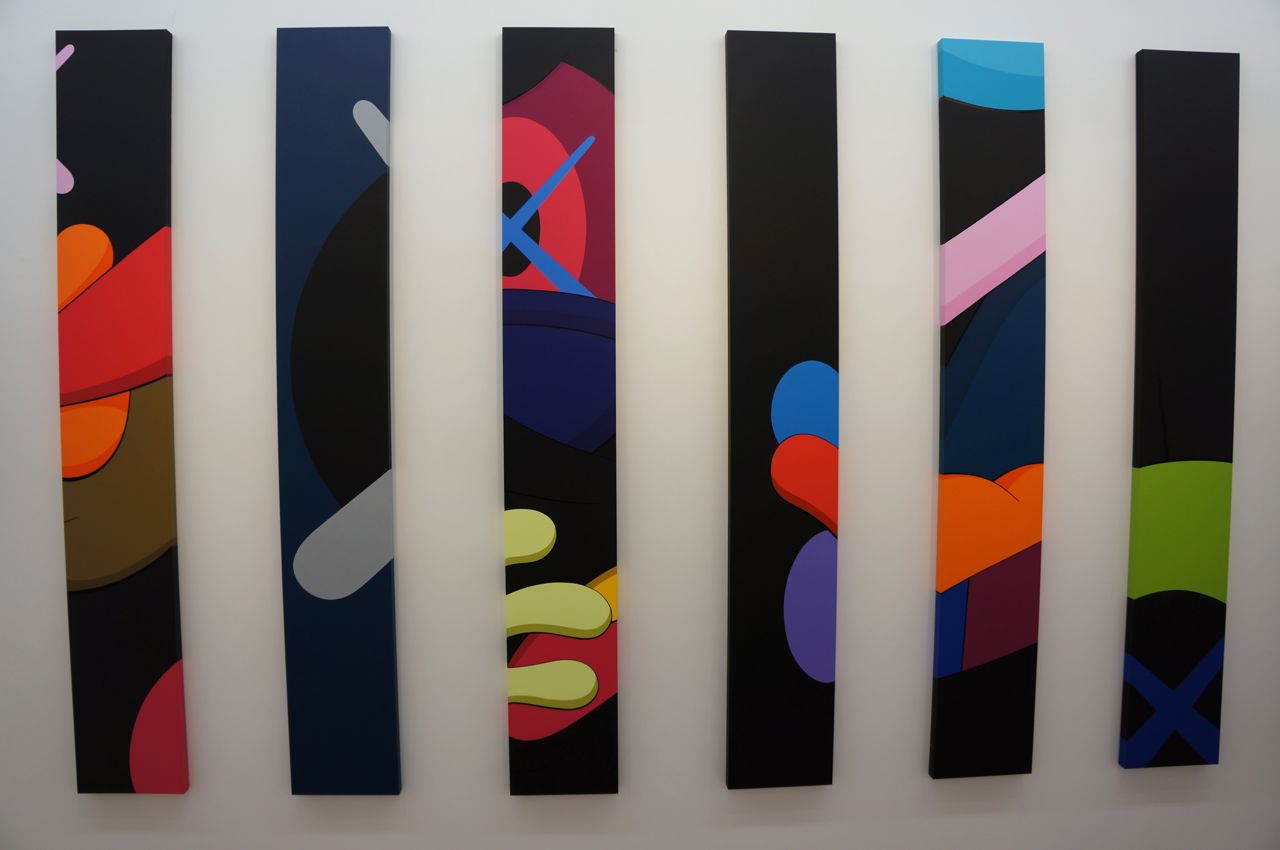