Mike Stilkey (interviewed) has just finished a 42 foot long installation at Downtown LA’s mural hotspot outside The Standard hotel and gave us a little background to the piece: ‘A homeless guy came by and told me he hadn’t seen anything like this since the zoo drop. I asked him what the zoo drop was and he said it was when all those planes and helicopters dropped animals out of the sky. Hence the title of the piece just had to be The Zoo Drop.’ Stilkey may be using the mural as a warm-up for his upcoming exhibition at Times Square in Hong Kong in July where he is planning his largest installation to date. Hopefully the install will involve hundreds of books in a similar vein to that we’ve seen previously. It’s almost poetic that Mike’s first monograph book will be released in conjunction with the upcoming show. 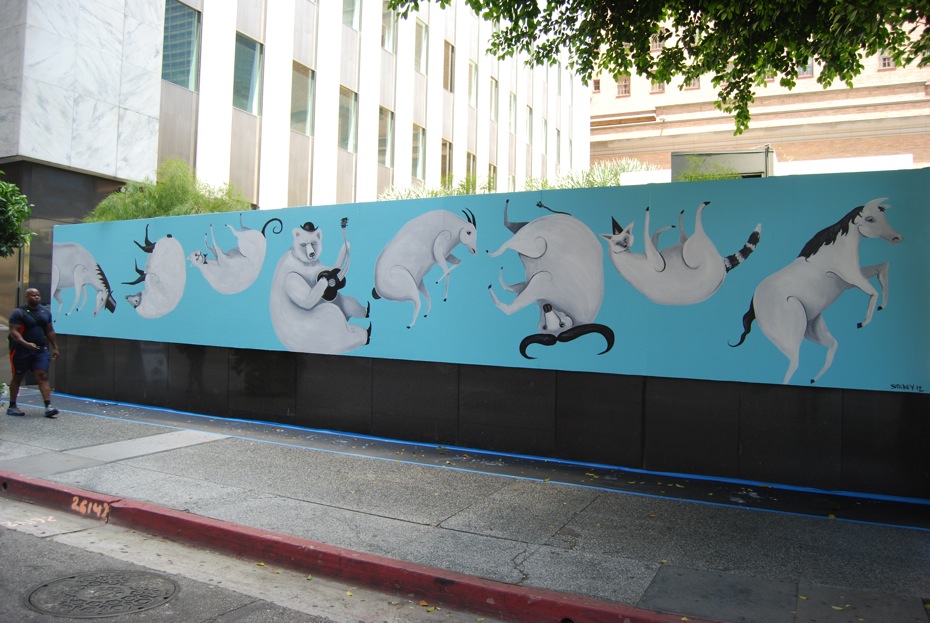 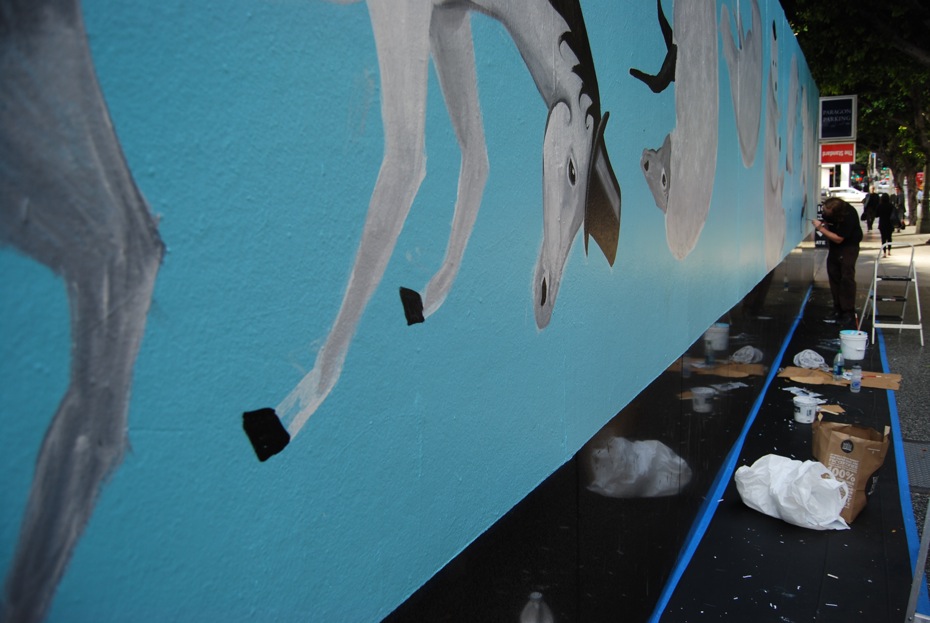 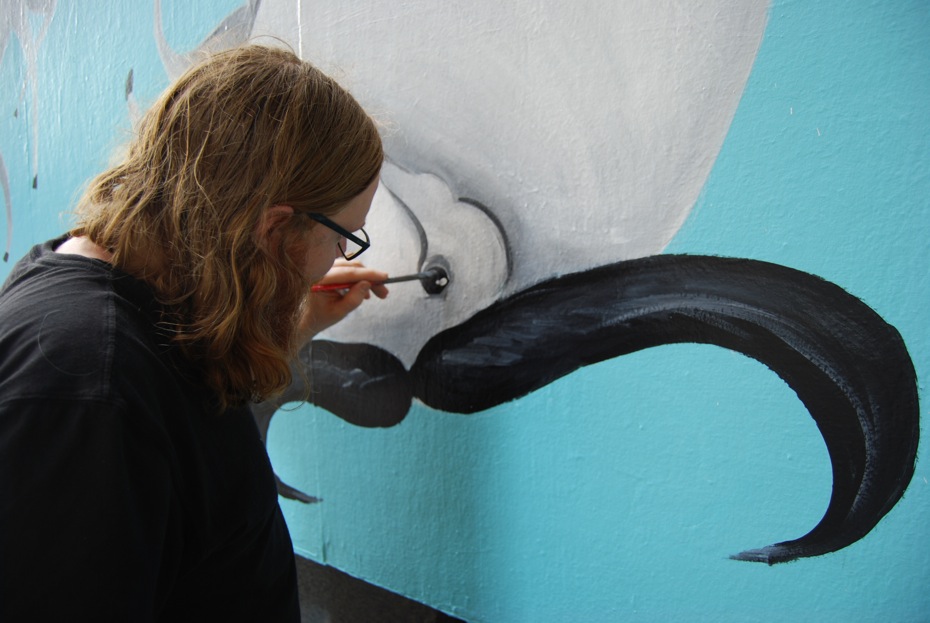 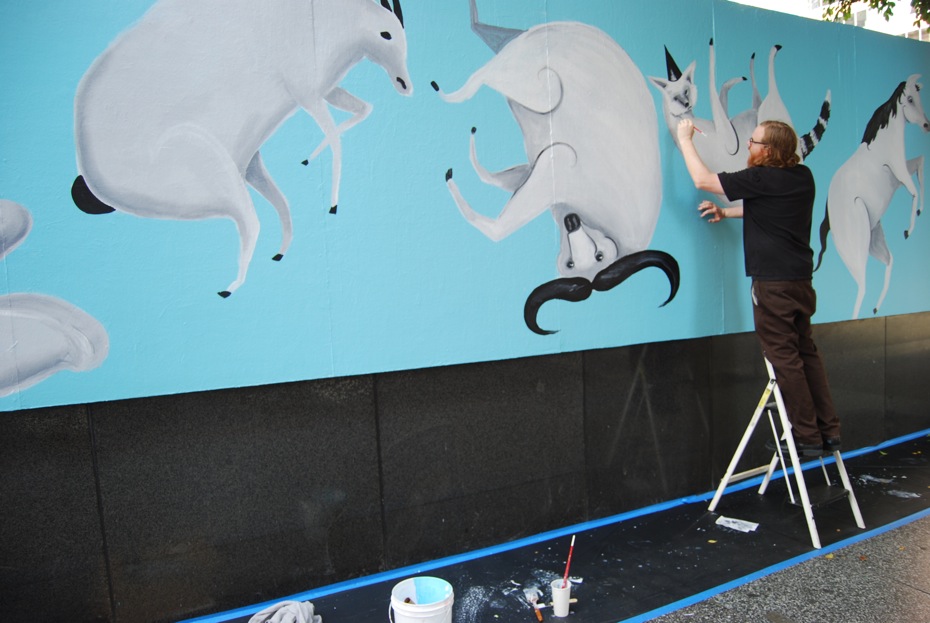