Coming up in October, Shepard Fairey (featured) returns to the StolenSpace Gallery in London for a solo show entitled Sound and Vision. The name of the exhibition is taken from the song of one of his favorite musicians David Bowie and embodies one of the greatest inspirations for Shep’s art – music. The new body of work (in-progress above) includes mixed media works on canvas, screen prints (wood, metal, and paper), rubylith cuts, and retired stencils as well as an installation of a record store environment, with customized vintage turntables and a portion of his own record collection for public listening.

He states: “Music has taught me far more than art has about connecting with an audience. I’ve often thought ‘I can’t get this song out of my head,’ but rarely thought ‘I can’t get this painting out of my head.’ I’ve had some very moving encounters with art in my life, especially in the street, but almost nothing can compare to the first time I heard the boots marching and first chord of the Sex Pistols’ Holidays in the Sun, or the air raid sirens leading into ‘too black, too strong’ on the intro to Public Enemy’s It Takes A Nation of Millions to Hold Us Back, or the opening guitar scream of Black Flag’s Rise Above. Those songs did, and still do, make my arm hairs stand up. Music is visceral, but also has the additional powerful layers of the lyrics, with their content and politics, and the style, politics, and personalities of the musicians themselves. No matter how much I love art, or try to convince myself of its relevance in society, the fact remains that music is a lot cooler and much more able to reach people’s hearts and minds. There’s something subversive about bundling seductive visuals with provocative ideas, or provocative visuals with seductive ideas. An audience that approaches a work of art or music for the sake of enjoyment doesn’t expect intellectual engagement, and vice versa. An audience that’s looking for escape doesn’t expect a confrontation and a call to action, but I believe the best music, and the best art, delivers both. Call the approach hi-brow/lo-fi or lo-brow/hi-fi, but I try to use it in my work to capture the same energy and spirit that makes music so powerful.”

If you are a fan of his work, come out on October 19th to support Shep, who is looking to put his fight with the AP behind him (terms of his sentencing here). Also, take a look at his statement on the subject here. 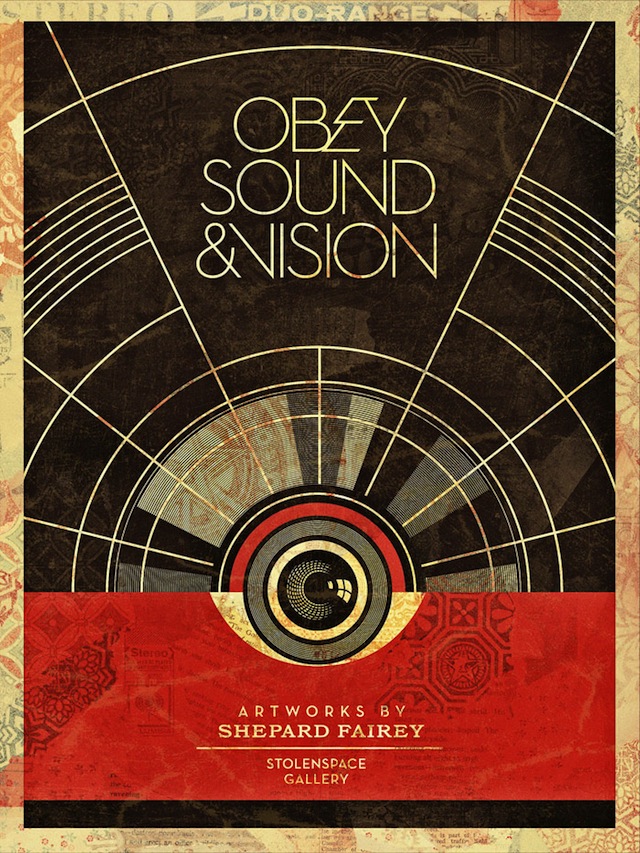