The San Francisco-based artist from Milan, Italy, Francesco Igory Deiana, welcomed us in his studio in Mission area of The City shortly after coming back from Boston where he helped Barry McGee setting up his big retrospective at the ICA in Boston. With his big European solo show in Germany last year behind him, and couple of other projects being ticked off the list, Deiana is currently working on a new body of work for couple of new events and projects, while spending most of his free time with his trusty canine friend Tigre or surfing.

Firstly, he’s building up his next upcoming show which will most likely be some time this fall in San Francisco. He is planing to do more sculptures and objects, basically turning his geometrical graphic elements into 3D, using his signature color palette consisting of bright fluro colors, and even more, all the shades of gray scale.

Similar elements are going to be be showcased in the window of the RVCA store in SF in August. What he has finished so far include objects of various sizes and shapes that will be displayed in relation to each other – each covered with clean solid colors with ball point pen patterns on them. Deiana loves using this medium because it’s very expressive and personal. Unlike brush strokes, ball point leaves a scar in the surface they are applied on and therefore allows the artist to leave a stronger mark. Also, using this medium is more time consuming, which makes an artist more dedicated and gets him more close to the piece he is working on for such a long time. Finally, the ball point ink is quite an unconventional medium in the art world and that makes it a challenge for the artist to see how far can it be taken.

And, speaking of taking this technique further, Deiana revealed us a 3D version of his infamous head motif that he’s been including in his work for a long time. Being strongly connected with nature and the way society interacts with it, but showing it through very graphic, expressive elements, he started developing this image a couple of years ago. In the early stages, it was an abstract, almost unrecognizable dark image, but over the time it developed into a more recognizable dark face with strokes of ball point leaving dark, scar-looking marks on it. He recently finished probably the largest drawing version of the image, but also, a paper mache sculpture that was fully painted with ball point ink. The effect that this kind of paint has in such massive amounts is pretty incredible, giving the entire sculpture a very metal, bronze feeling. Finally, the he is working on a collaboration with NYC based Italian photographer, Lele Saveri, with whom he’s has a project planned for the upcoming photo issue of Vice magazine. And since his other signature media other than ball point pen works are the pieces done by using bleach to wash off the colors and chemical from a photo paper in a very specific process he developed over the years, this collaboration is something worth looking forward to. Definitely a big, busy year ahead for this promising young talent from San Francisco. 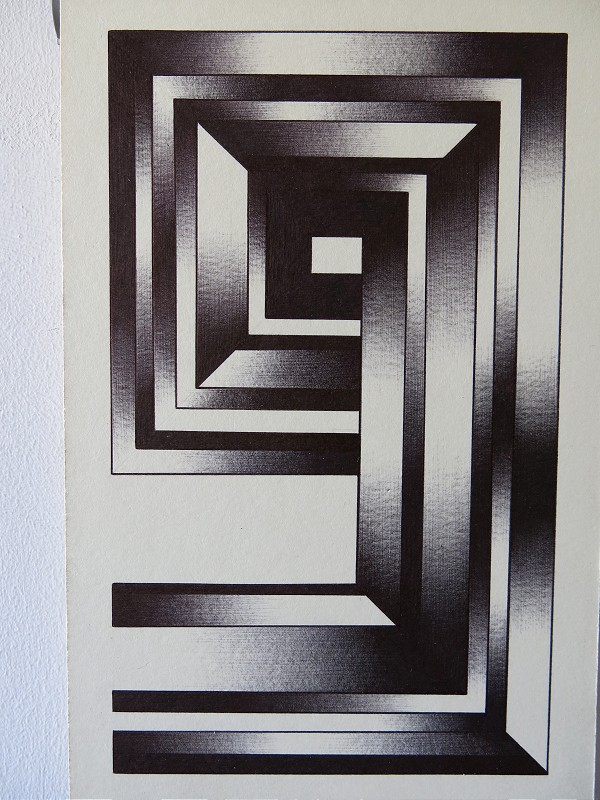 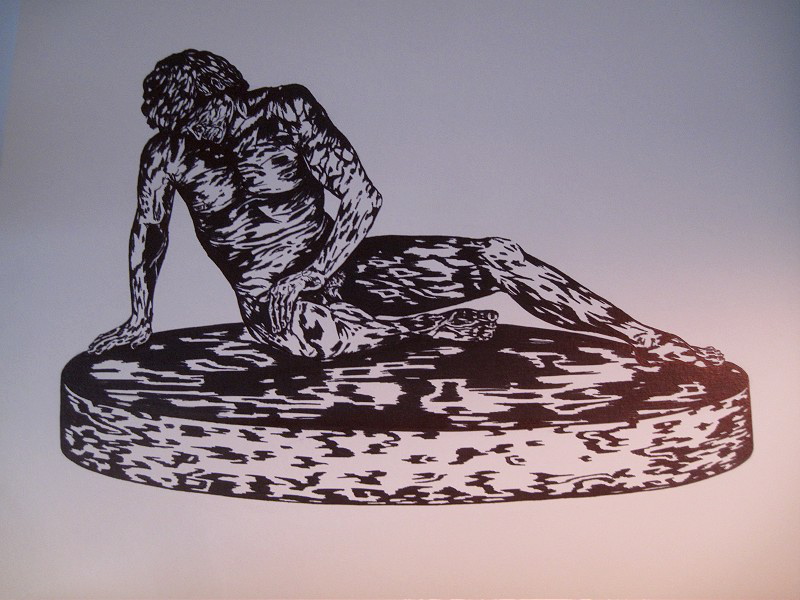 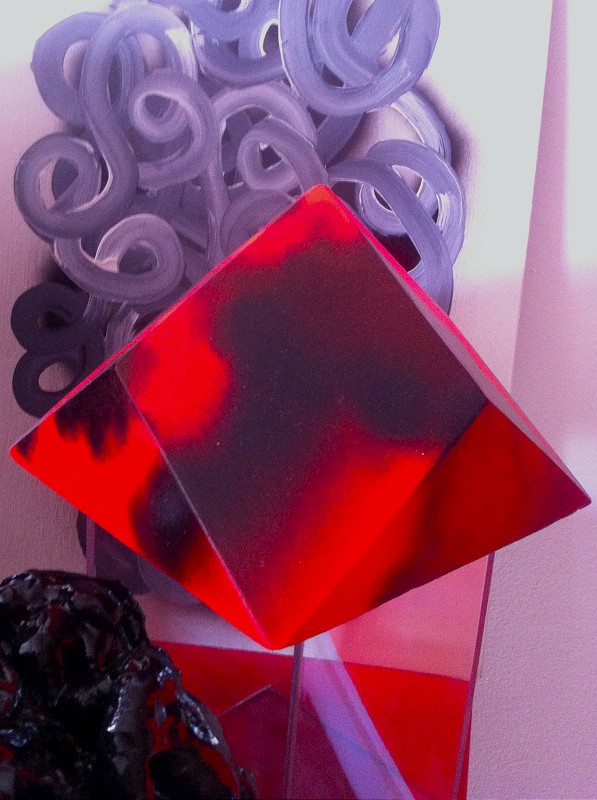 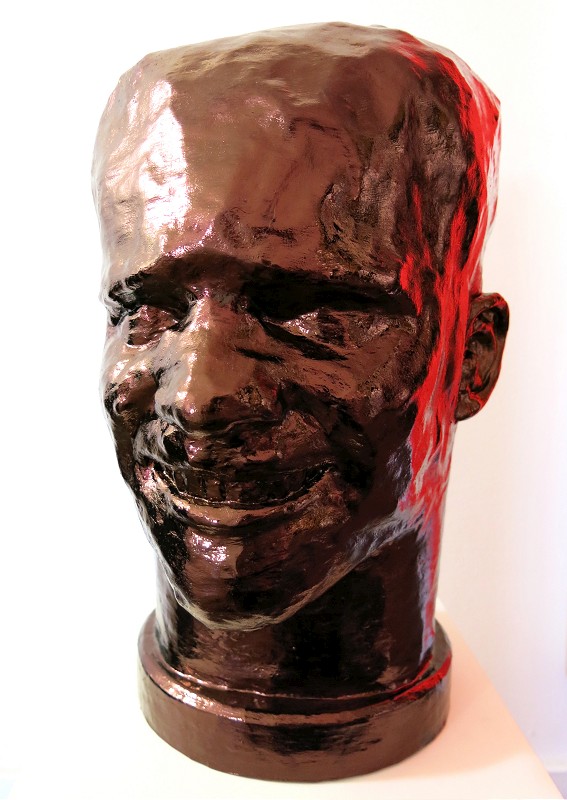 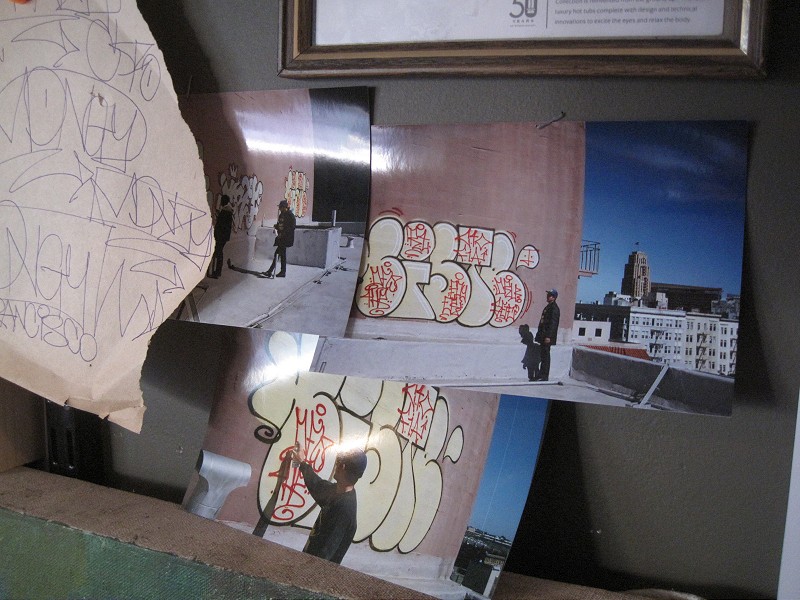 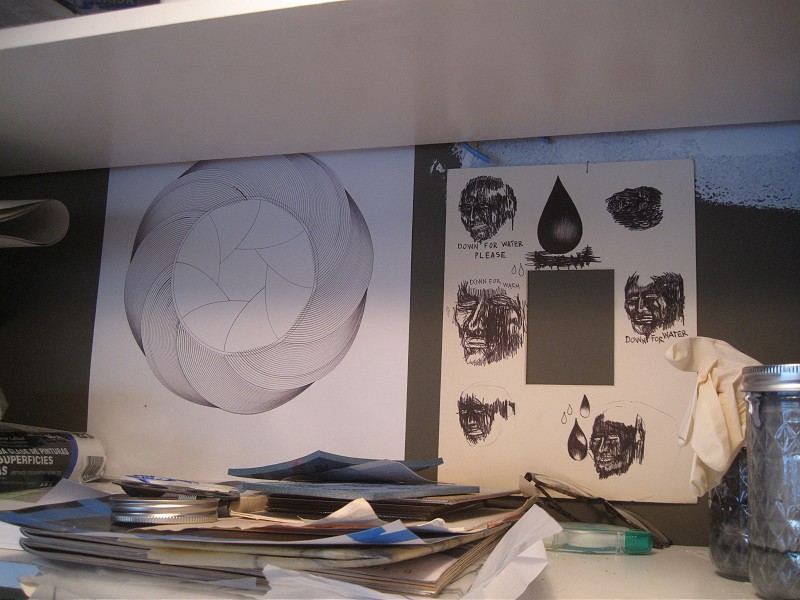 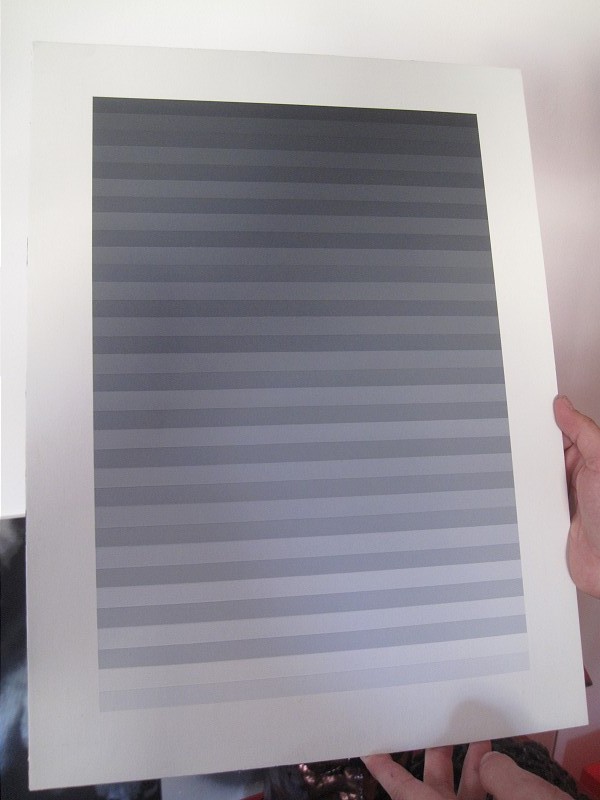 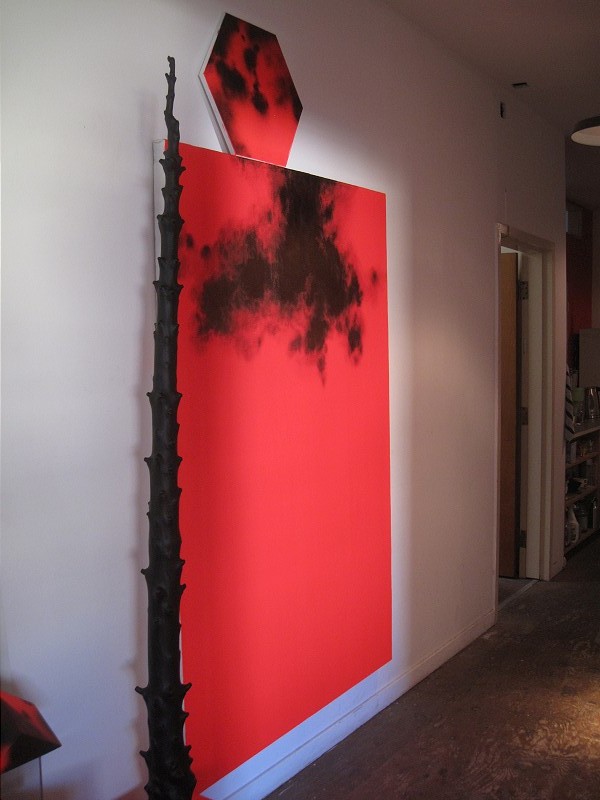