Last week, fans of ESPO (featured) in Brussels were treated to a new solo from the New York-based artist when Visual Blues opened up at the Alice Gallery. The new body of work centered around a series of small pieces he paints daily called Metaltations as well as larger versions of those pieces. The imagery centers around witty wordplays and imagery from his visual language all rendered with a minmalistic signpainting aesthetic. Along with a novel setup and display of the work (see above), Powers also created a mural installations inside the showspace to complement the paintings. The show runs through June 22nd, so stop by for a look yourself if you are in the area. 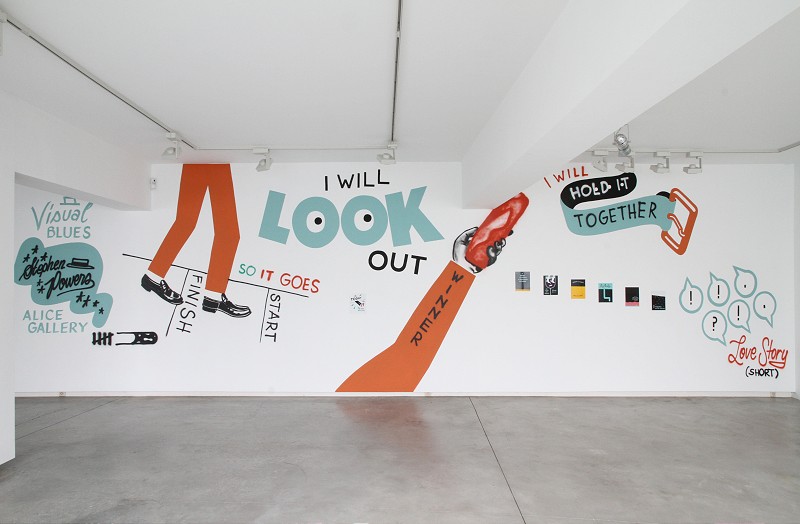 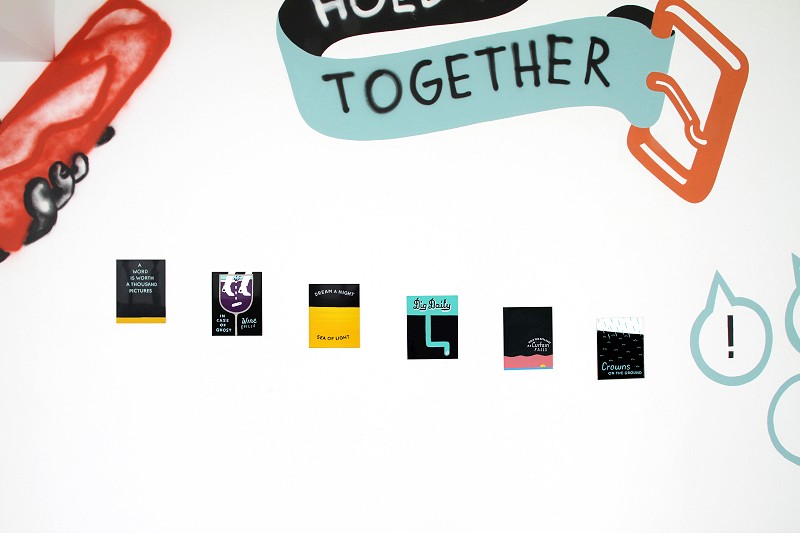 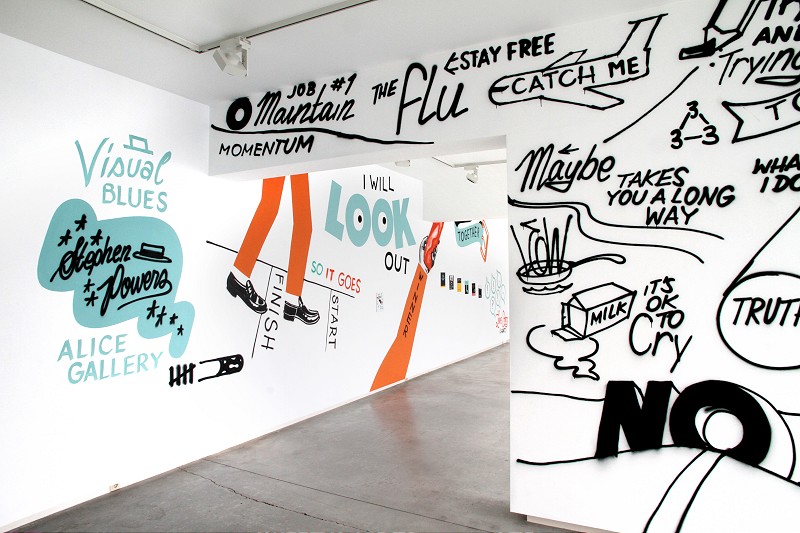 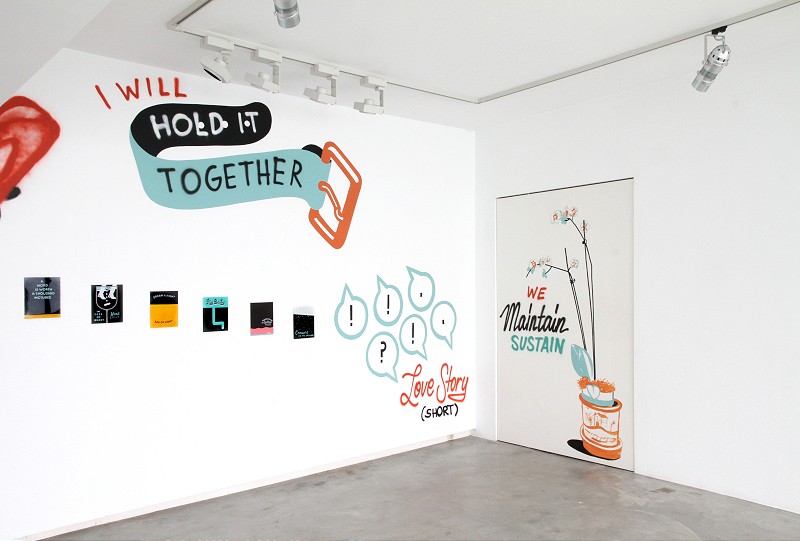 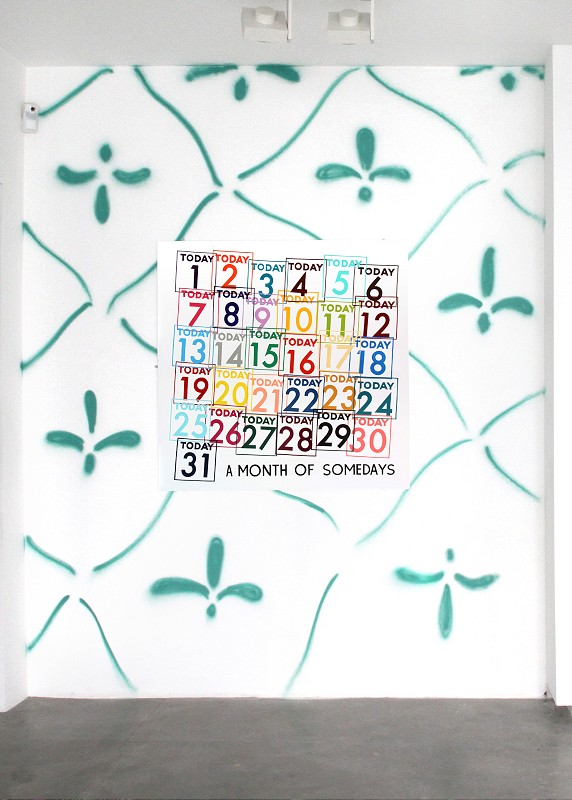 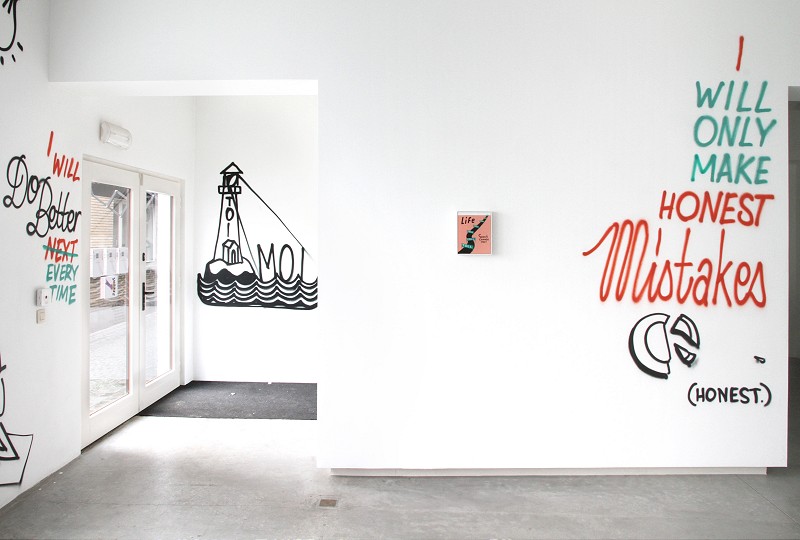 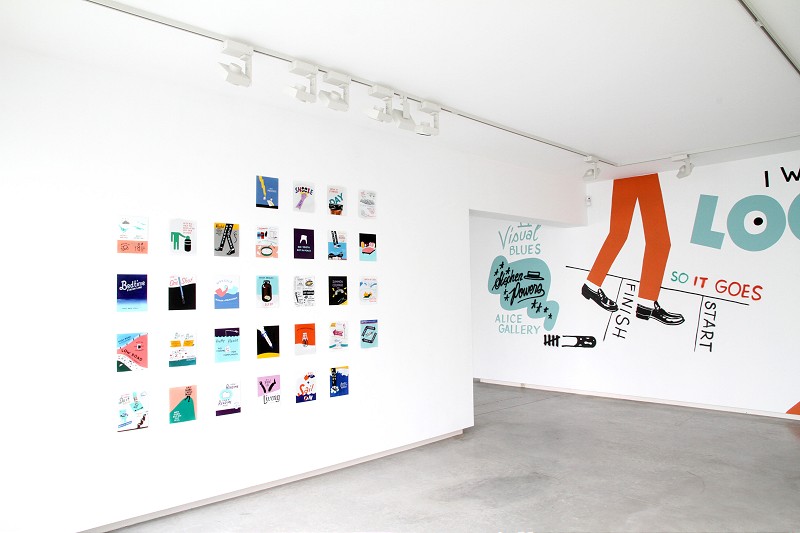 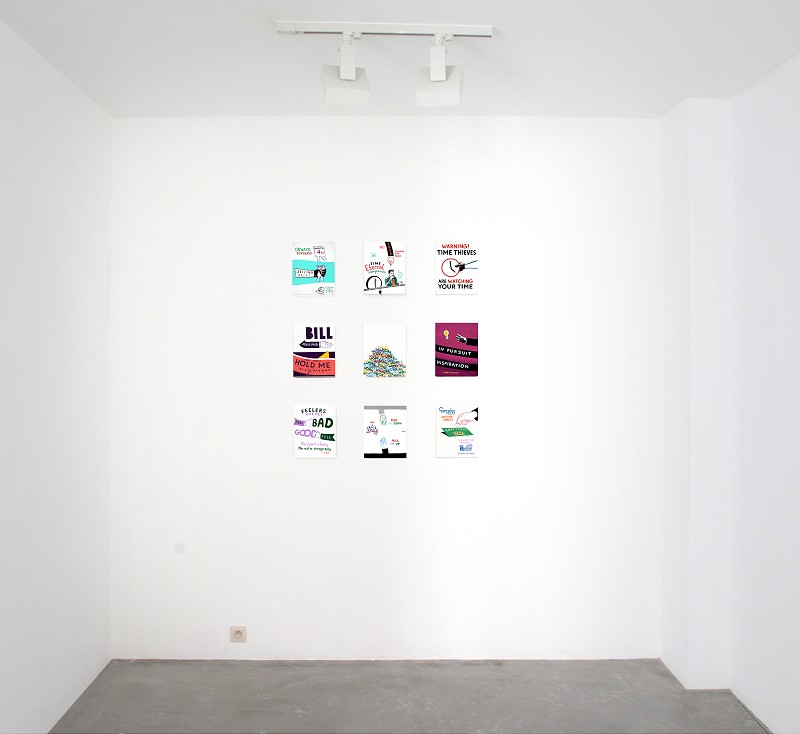