Kid Acne’s coming back through like an amber gambler with the re-release of his 2003 album Council Pop in a special 10 year anniversary edition (has it really been 10 years?). AM readers will probably be more familiar with the graffiti / street art side of Kid Acne’s creative output, but if you haven’t heard his Yorkshire infused hip hop, then this could be an ideal intro to the world of Eddy Fresh.

Streets ahead of his debut Rap Traffic, Council Pop lacks some of the finesse of the definitive Acne album Romance Ain’t Dead, but more than makes up for it with it’s grit and tongue-firmly-in-cheek humour. The last remaining copies of the 12 incher feature newly embellished hand-screenprinted covers, front and back. He’s also printed the inner sleeves, added a risograph print and added the rare Acne Instrumentals Lp and Radio Music/ Hooligan 78 12″ (also customised) into the mix. The record is released super limited edition of 33 (and a third). Each one is signed, numbered and embossed on the inner sleeve. 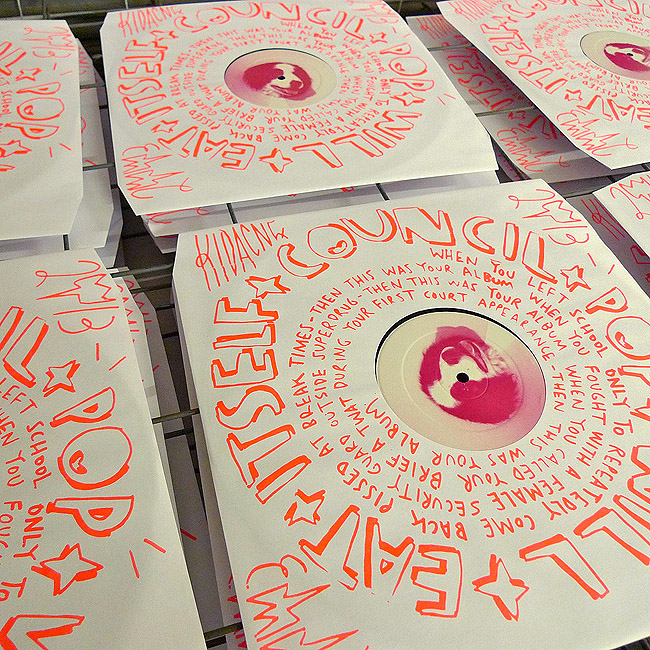 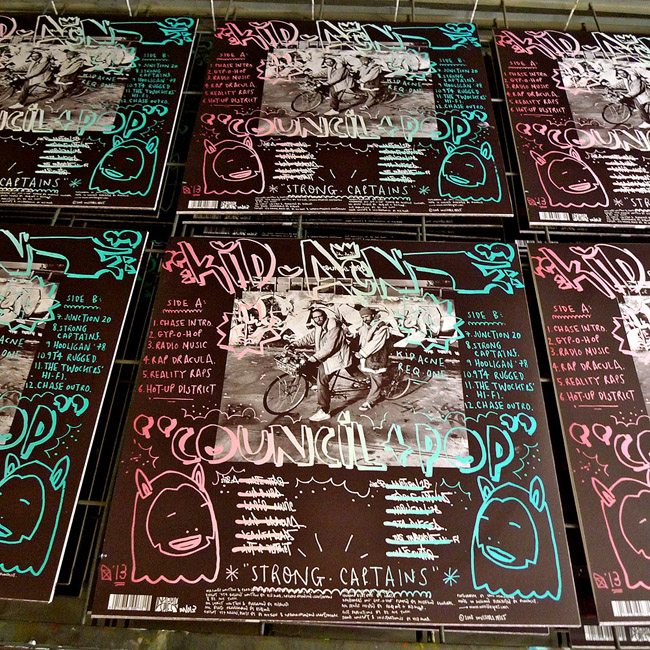 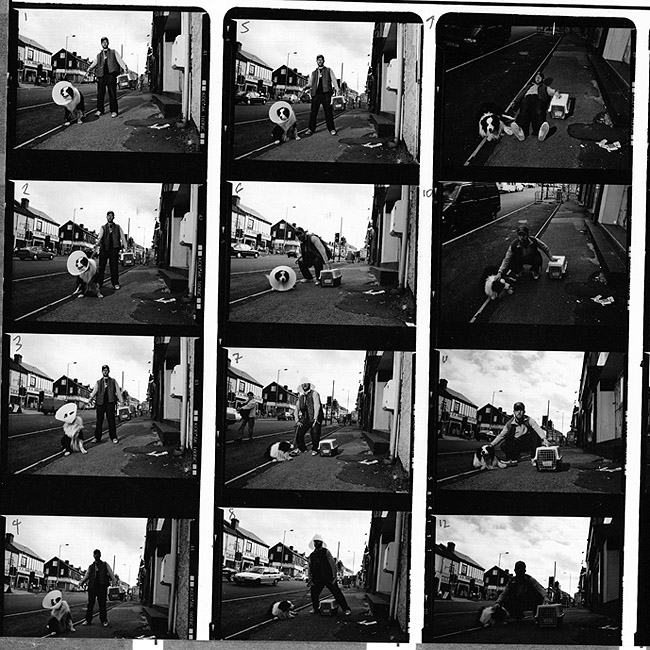