British artist Carl Cashman is opening his first solo show at Breeze Block Gallery in Portland, OR on the 1st of August. Titled Every Time I Close My Eyes, All I See Is This, the exhibition introduces all new pieces by a young artist that has been slowly building his career with recognizable geometric-based works. After showing his art in a couple of different group shows in the UK, USA, Australia, Mexico, etc, Carl got an opportunity to show more of his talent and creativity through his debut solo exhibition.

Continuing on some previously seen concepts, as well as building new ones, this body of work is definitely his strongest so far. By constantly developing ‘Neometry’ (a geometric based Op-art made with a primarily neon based palette, as he titled his work), the artist produced some of his most complex pieces yet – in terms of sizes, shapes, colors, and general concepts or visual effects. By working with bright, neon based colors and their shades, his newest pieces are more vivid, have more dimension and depth to them, and are definitely plays with the observer’s eye more than ever before. Whether he is slicing up circles, stacking up bars, or building up complex patterns that look like psychedelic Moroccan tiles, his pieces make a slight short circuit between what you’re seeing and what you know you’re looking at – especially when seeing the pieces under black light. Influenced by pioneering artists such as Bridget Riley, Victor Vasarely, M C Escher, the Beautiful Losers artists, and nostalgic memories of early pixelated video games, Cashman’s work brings the term flat to a whole new level.

Carl will be showing his works next to Mario Wagner (featured), who is showing in the gallery 1 space, so if you’re in Portland area, make sure you check out both shows before 30th of August. 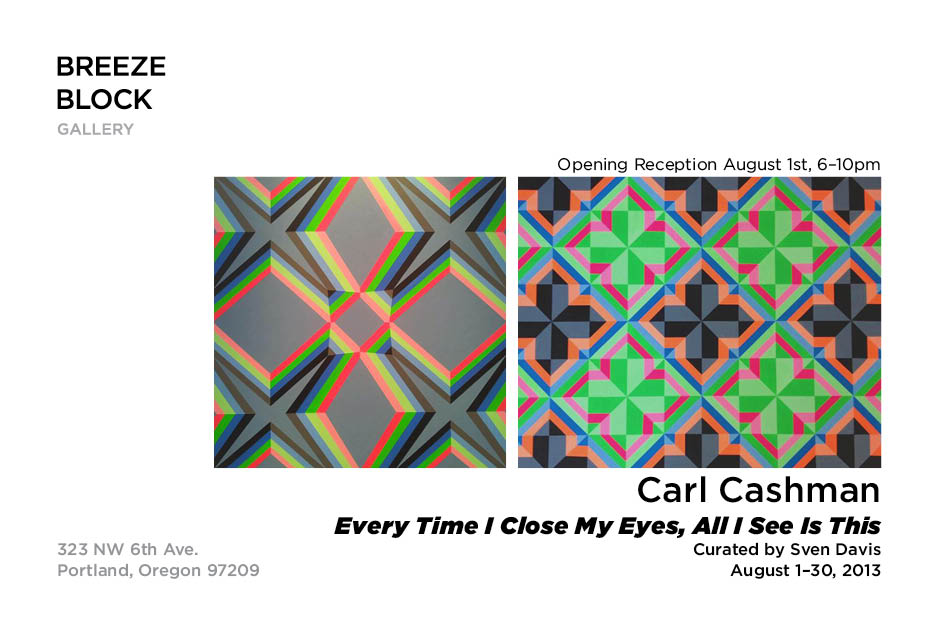 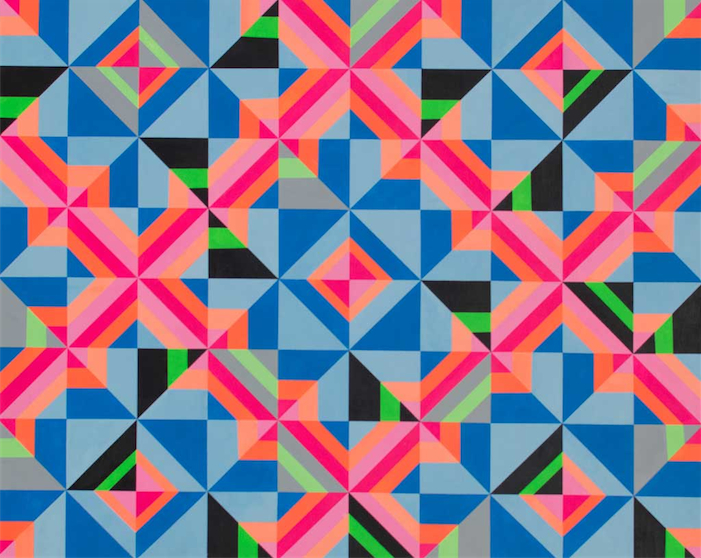 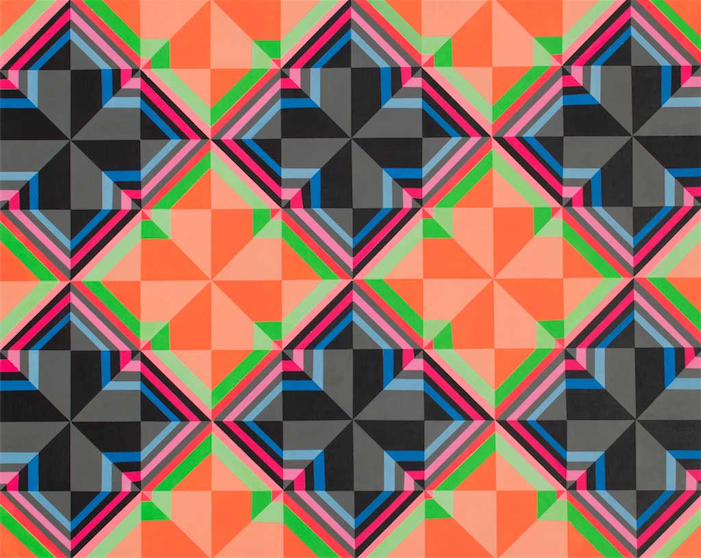 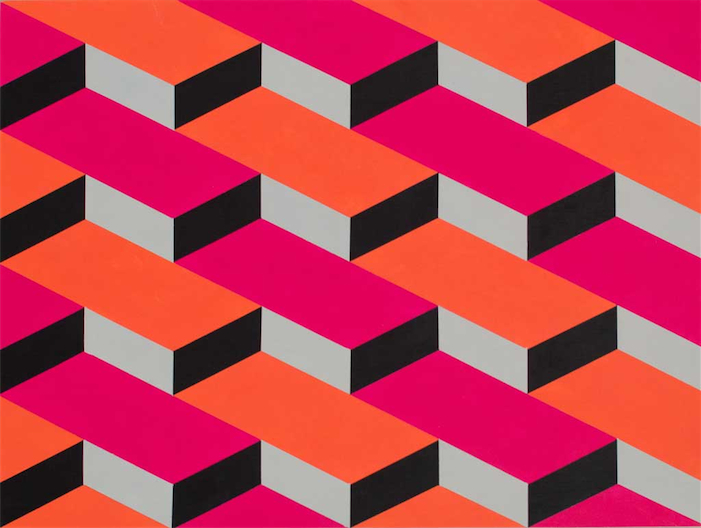 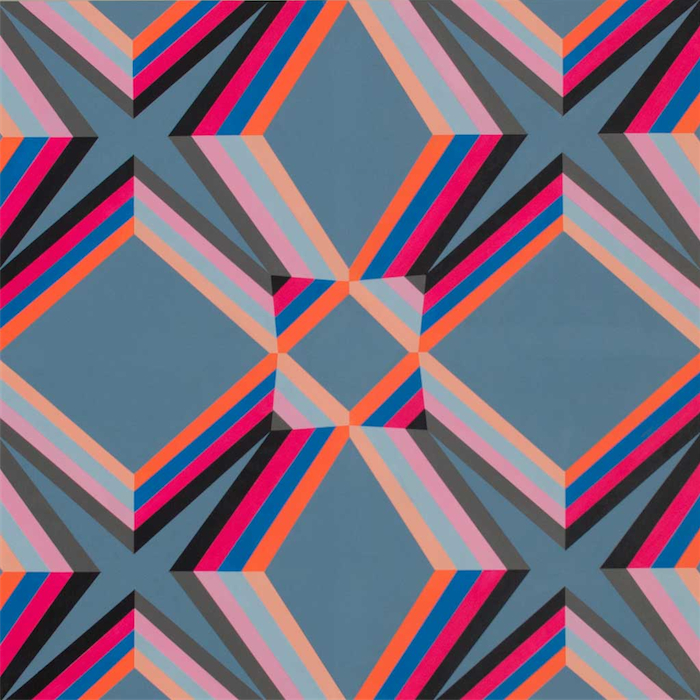 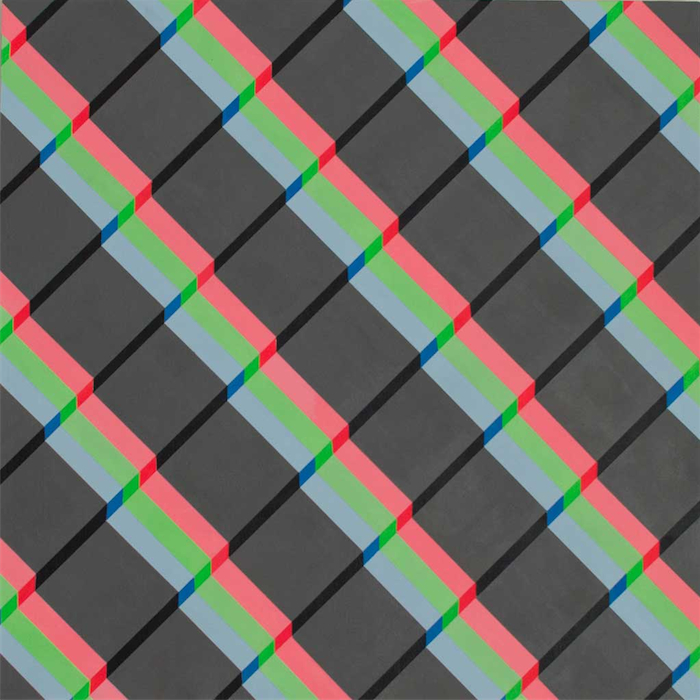 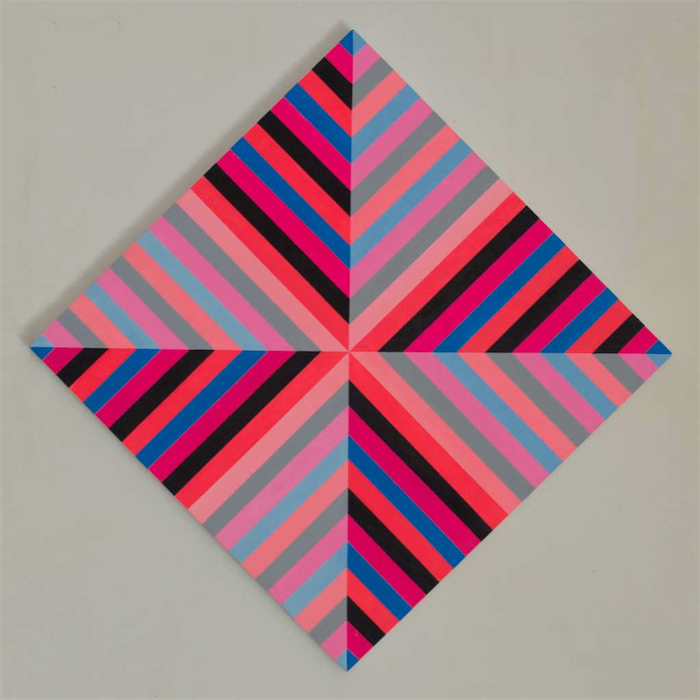 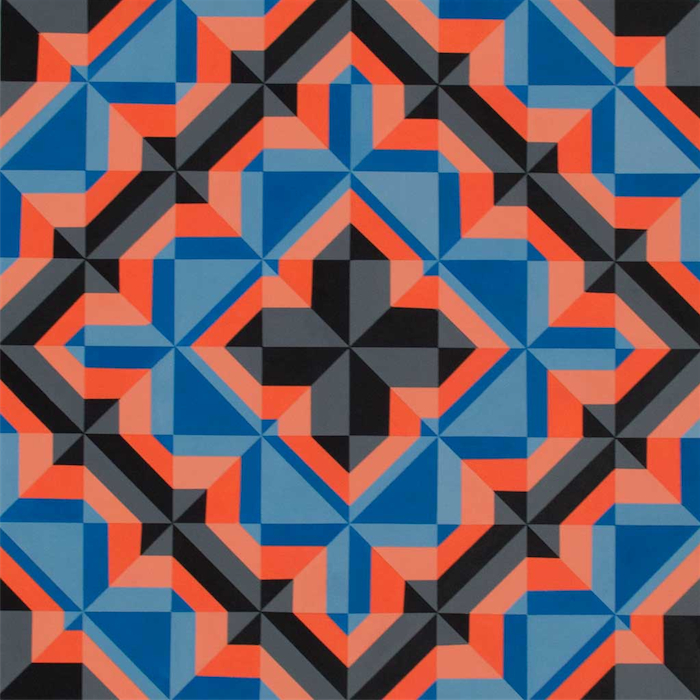