This author had the pleasure of interviewing Sail in 2012 for his personal blog, but a lot has changed for the Seattle based artist since then. Shortly after his personal website launched in late 2012, he caught the eye of Kirsten Anderson, owner and curator of Roq la Rue. He soon found his name on the artist list for the I’ll Love You Until the End of the World group show. His work was well received, and after ThreeA Publishing released his book in their GOYA series, Sail’s future was on the up and up.

The Roq la Rue’s new location features an upstairs Project Room, which Sail thought would be a perfect fit for a series of new works based on Japanese ghost stories, seated in their folklore and mythology. The cozy setting has enabled Sail to focus on a half dozen or so images featuring his sultry female figures infused with his own interpretations of the Japanese legends.

AM was able to visit Sail at his studio as he finished up the last few works for the show he has coming up titled Dead Language. Ambient light from the typical overcast sky filtered into the third story apartment and onto his drafting table. Sketches, prelims, and works in progress dot the wall, with just as many empty bottles of ink awaiting disposal. He splits his time between the drafting table and a computer desk, using scanned drawings to test new ideas and compositions. The computer desk has been seeing a bit more use lately as the drafting table filled up with finished works from the show.

This will be Sail’s first solo show at a significant gallery, and from what we have seen, should not be missed. Get your Dead Language ghost on, just in time for Halloween, opening at Roq la Rue on October 3rd. 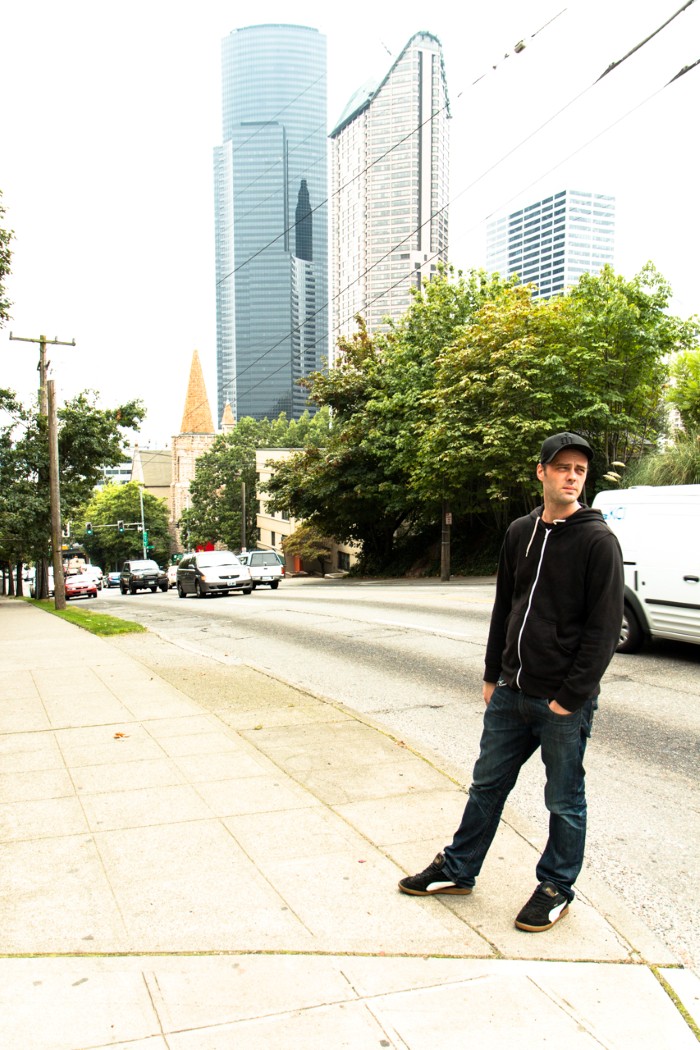 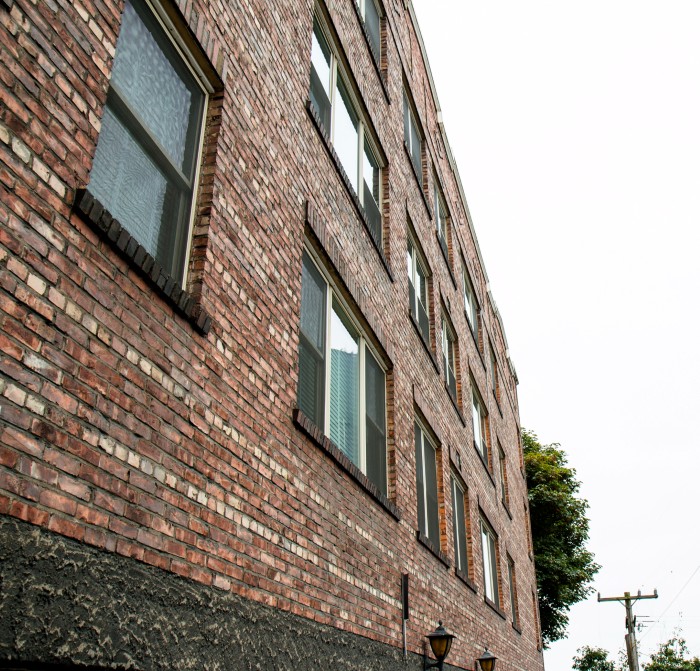 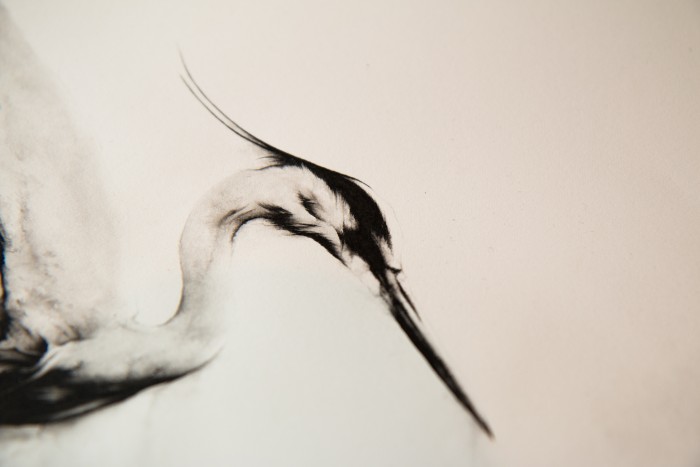 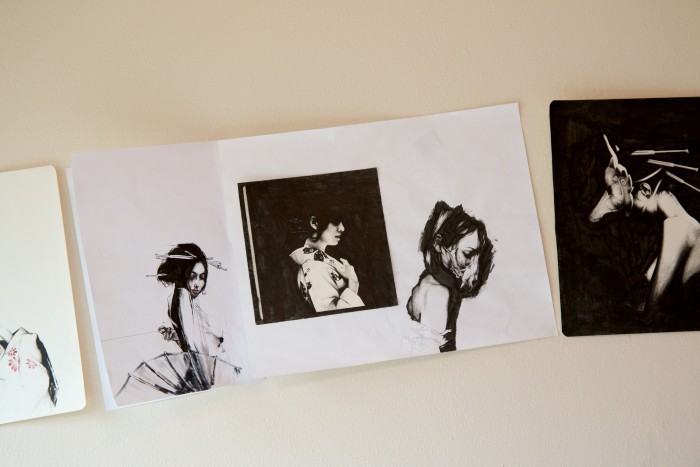 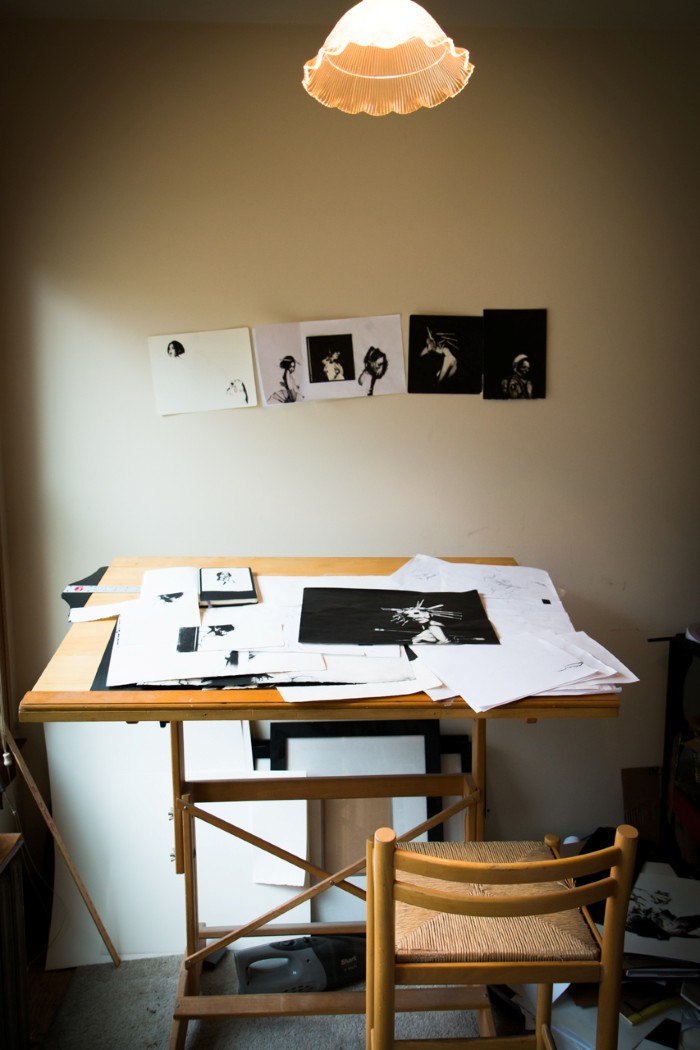 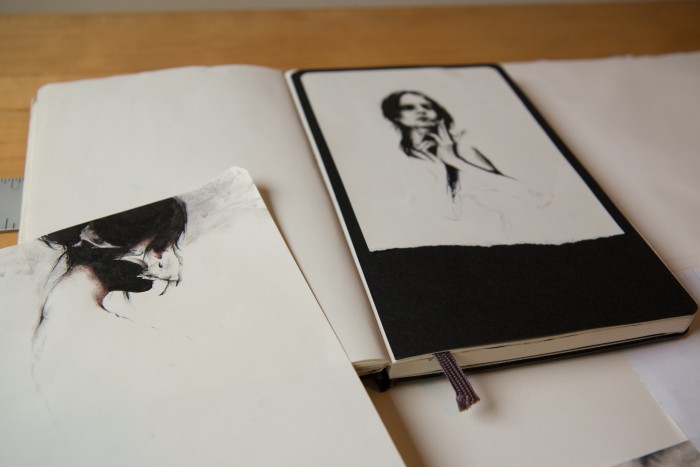 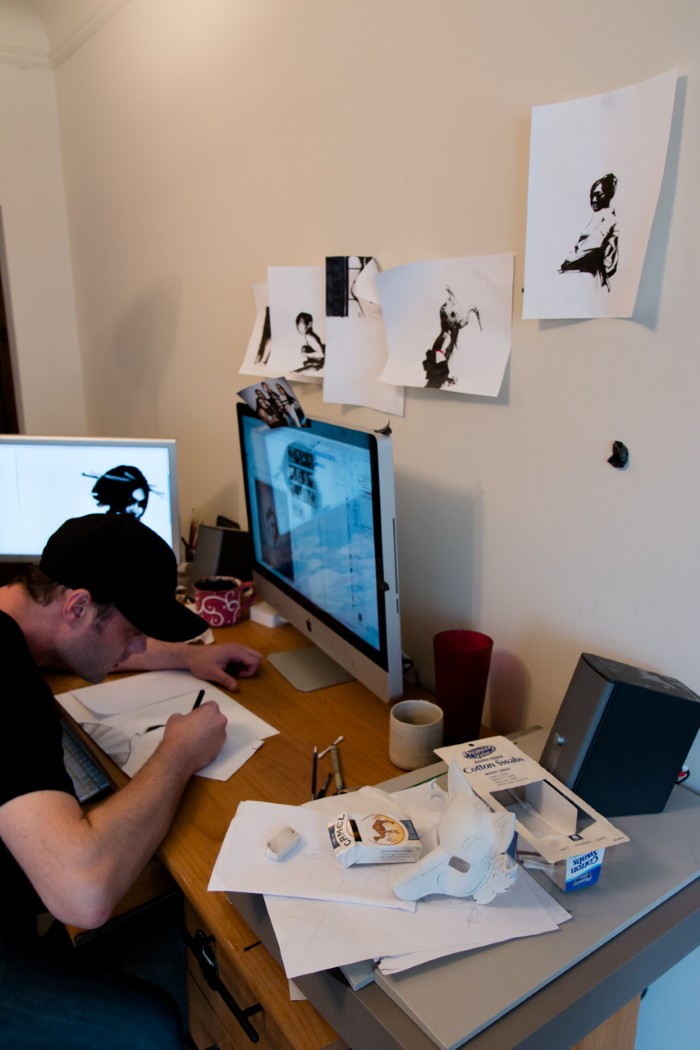 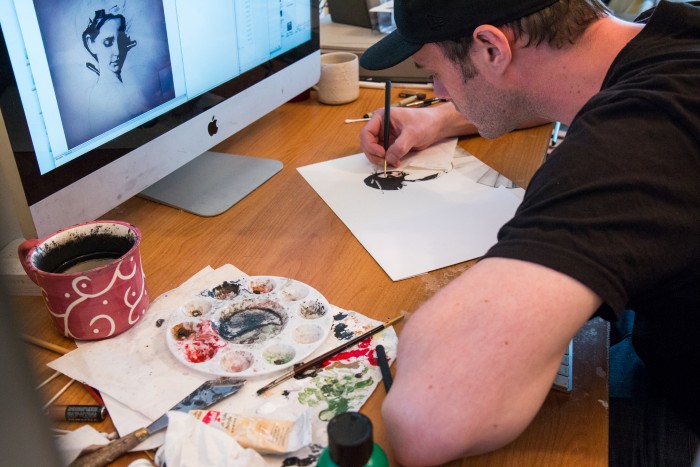