Perfectly timed with the opening of his And wait for something to happen solo show at Ruttkowski;68 gallery in Cologne, Germany, Dutch artist, illustrator and designer, Parra, is releasing another low edition porcelain figure with Belgian CaseStudyo. As a follow up the previous Lay Down…Lay it all down edition released few months ago, the new sculpt Down also comes in two colorways (black and white with polka dot patterns on them). The figure was first shown as a large scale fiberglass version at his Il Senso di Colpa (The Guilt) show at Galleria Patricia Armocida (covered), with its title referring to the iconic song Lay Down by Melanie. It features Parra’s recognizable dog-like creature, wearing his signature boots/heels, in a very relaxing low position, directly continuing the previous figure’s sitting posture. Just like his previous releases, the beautifully crafted 32 cm big porcelain figure comes in a wooden screen-printed box with a signed & numbered certificate from the artist, in an edition of 25 black/white dots & 25 white/black dots. 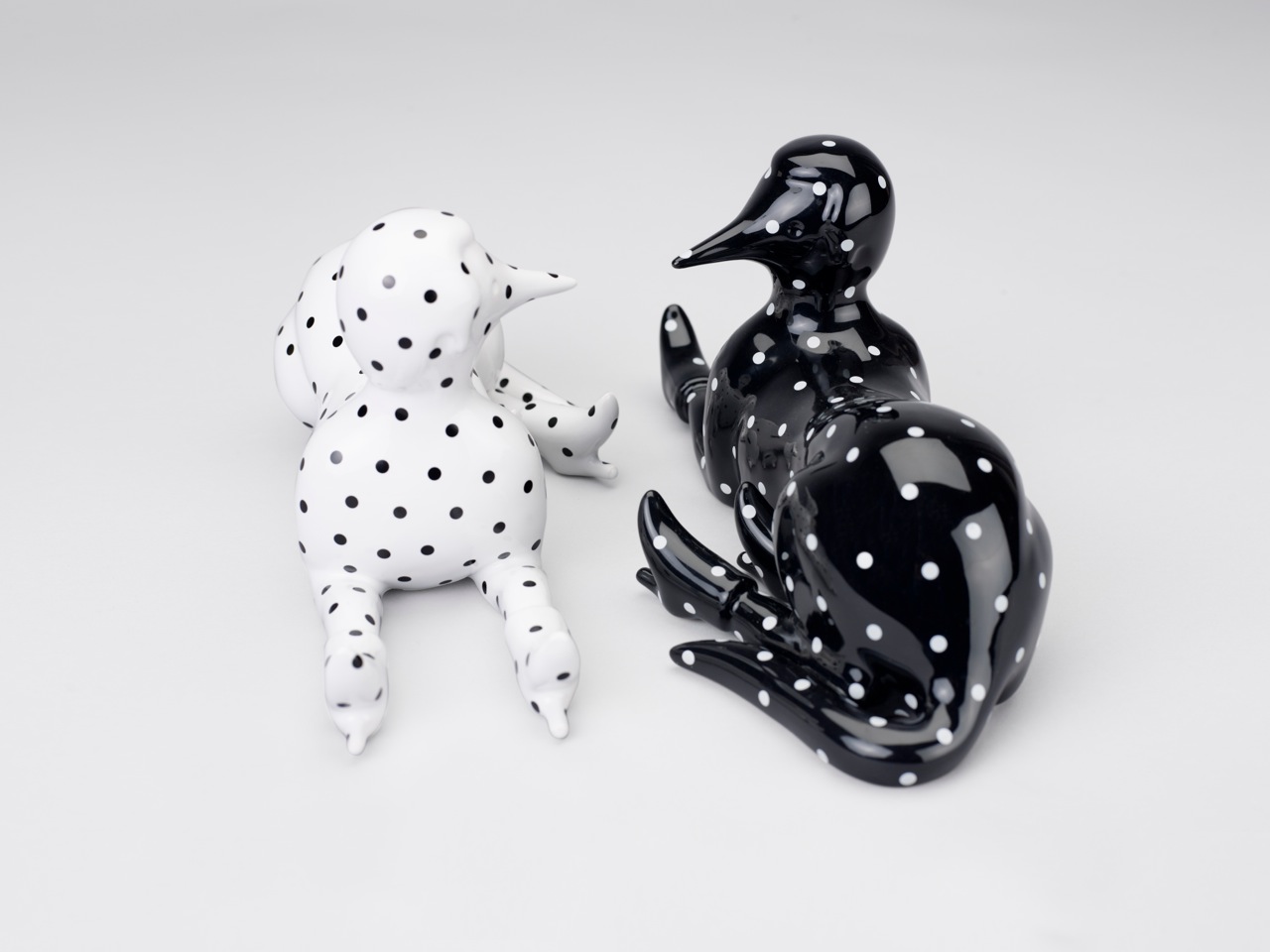 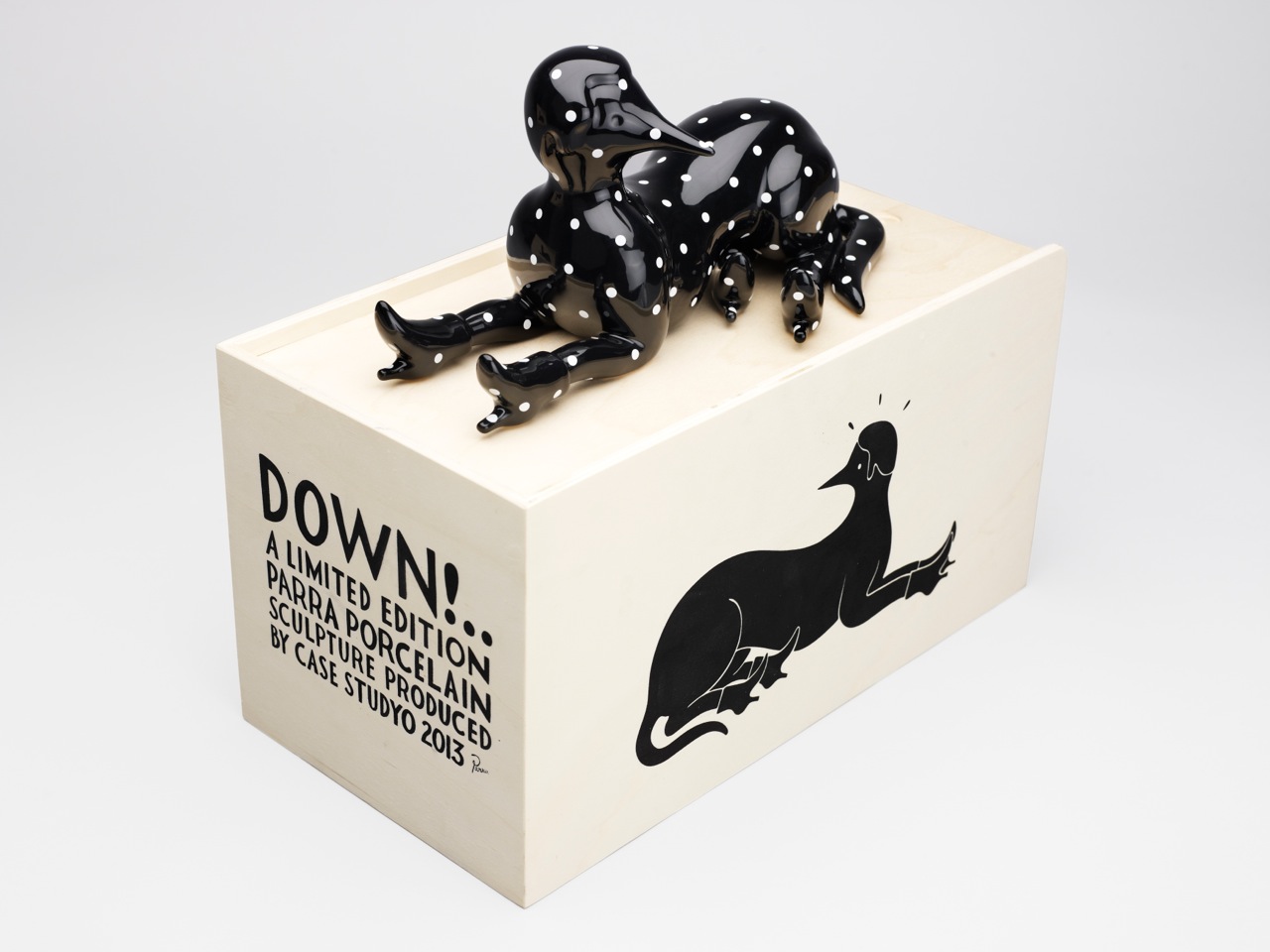 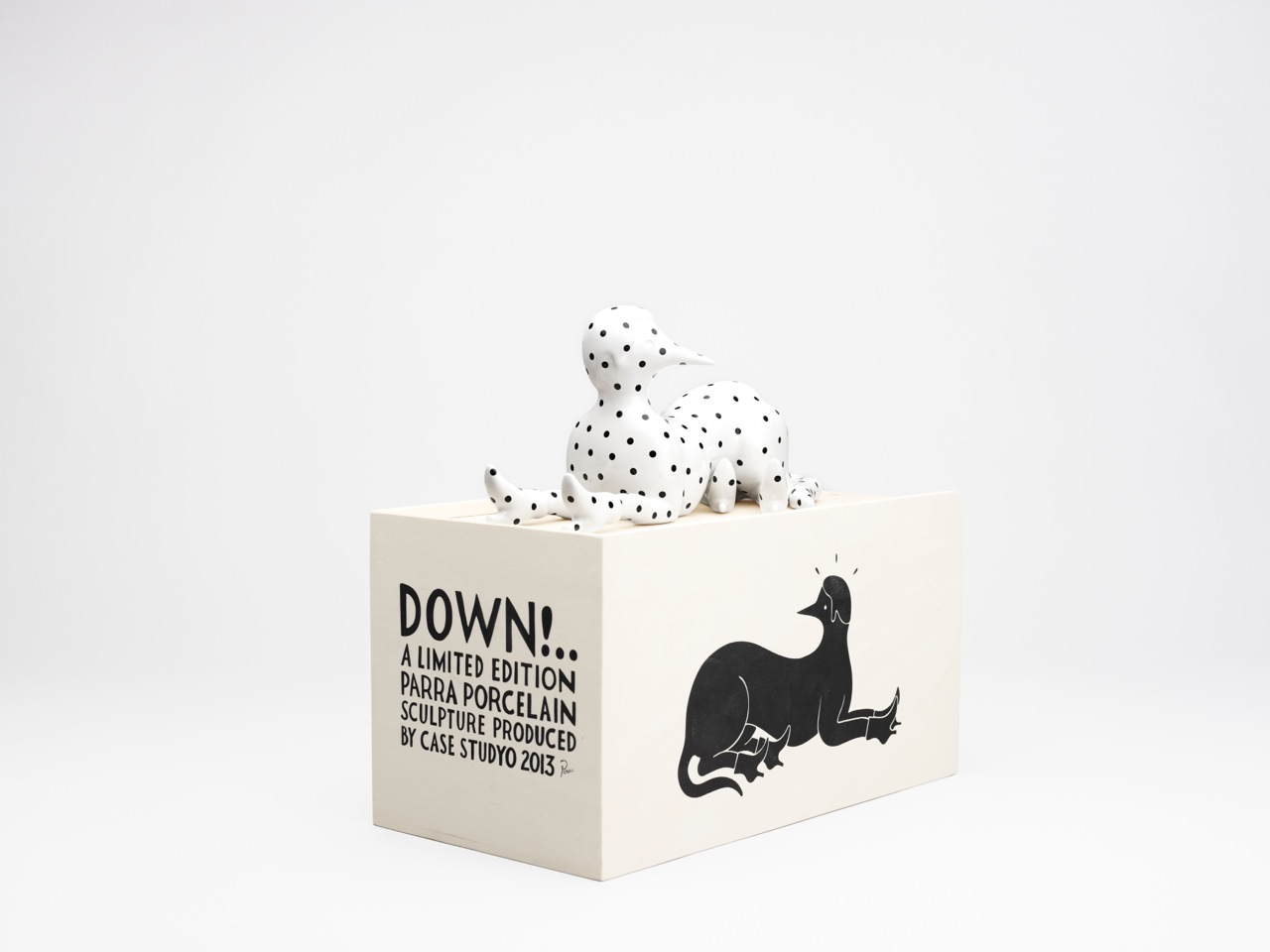 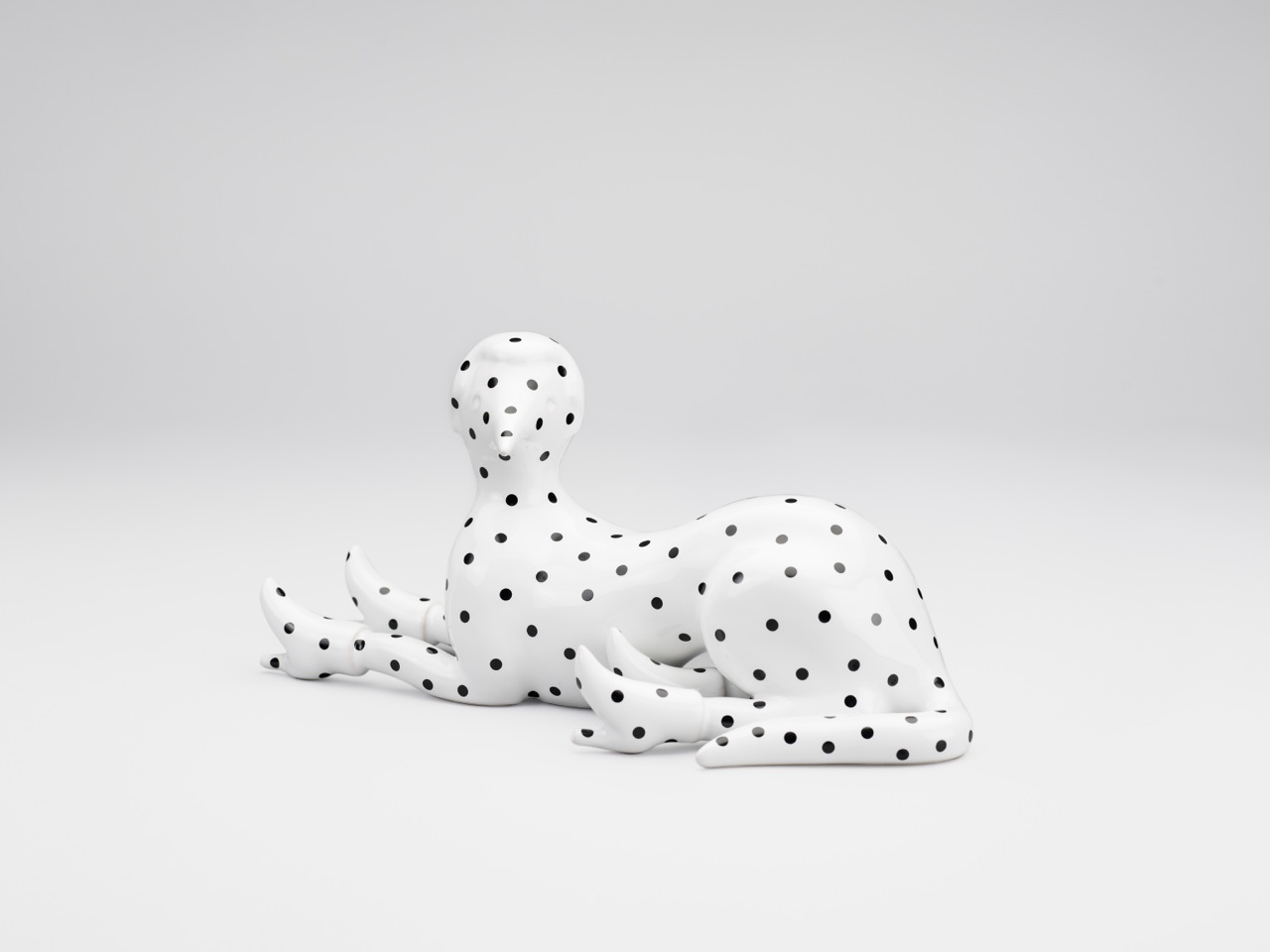 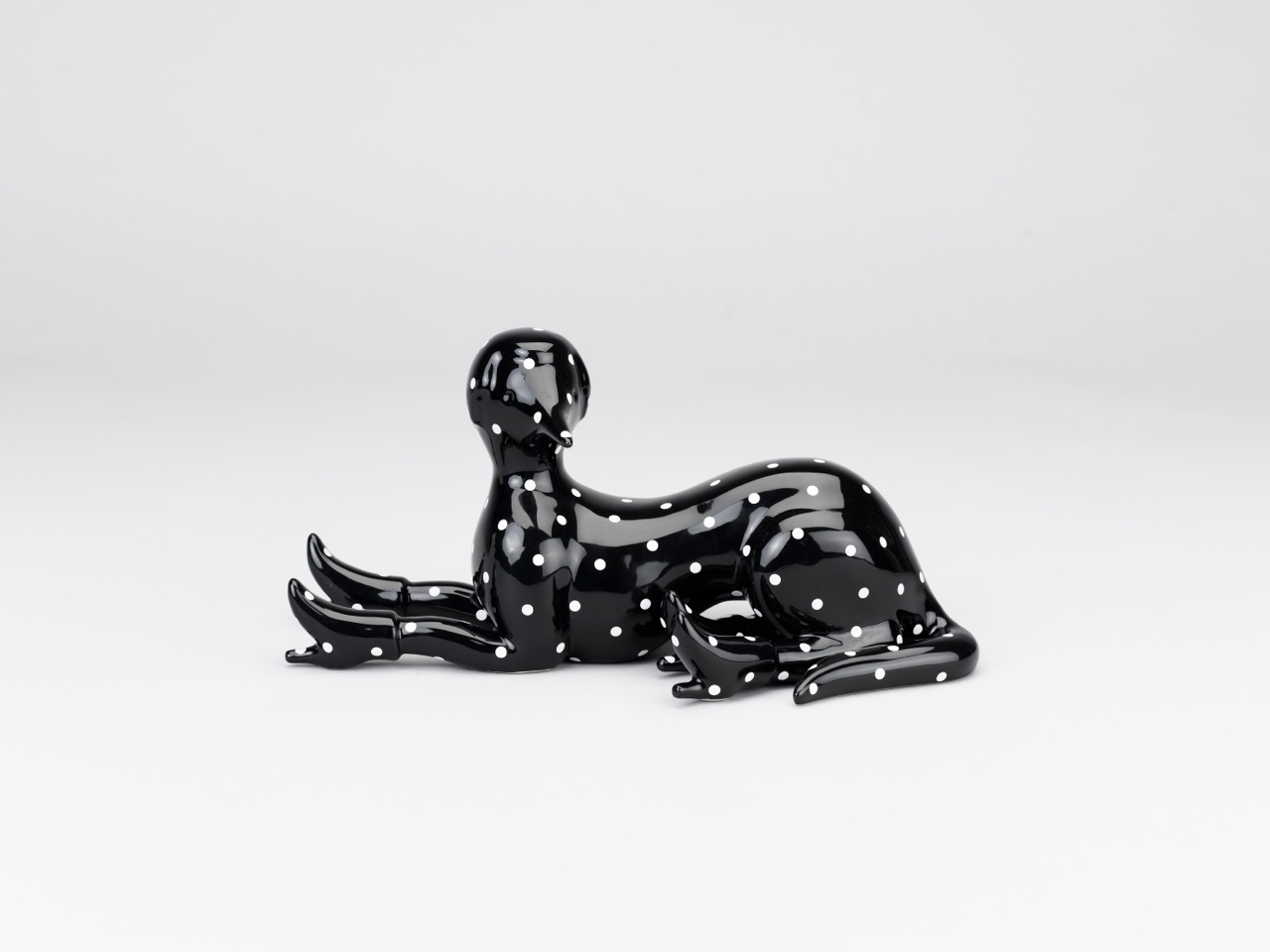