This week’s Streets World Roundup is headlined by the latest piece from Banksy during his month long artist residency on the streets of New York. Painted on Day 28 of the project, this wall in Coney Island muses on what a robot would paint if he was to do graffiti. Take a look at other murals you may have missed from Mr. B earlier in the month here.

All photos via the artists unless source otherwise noted. 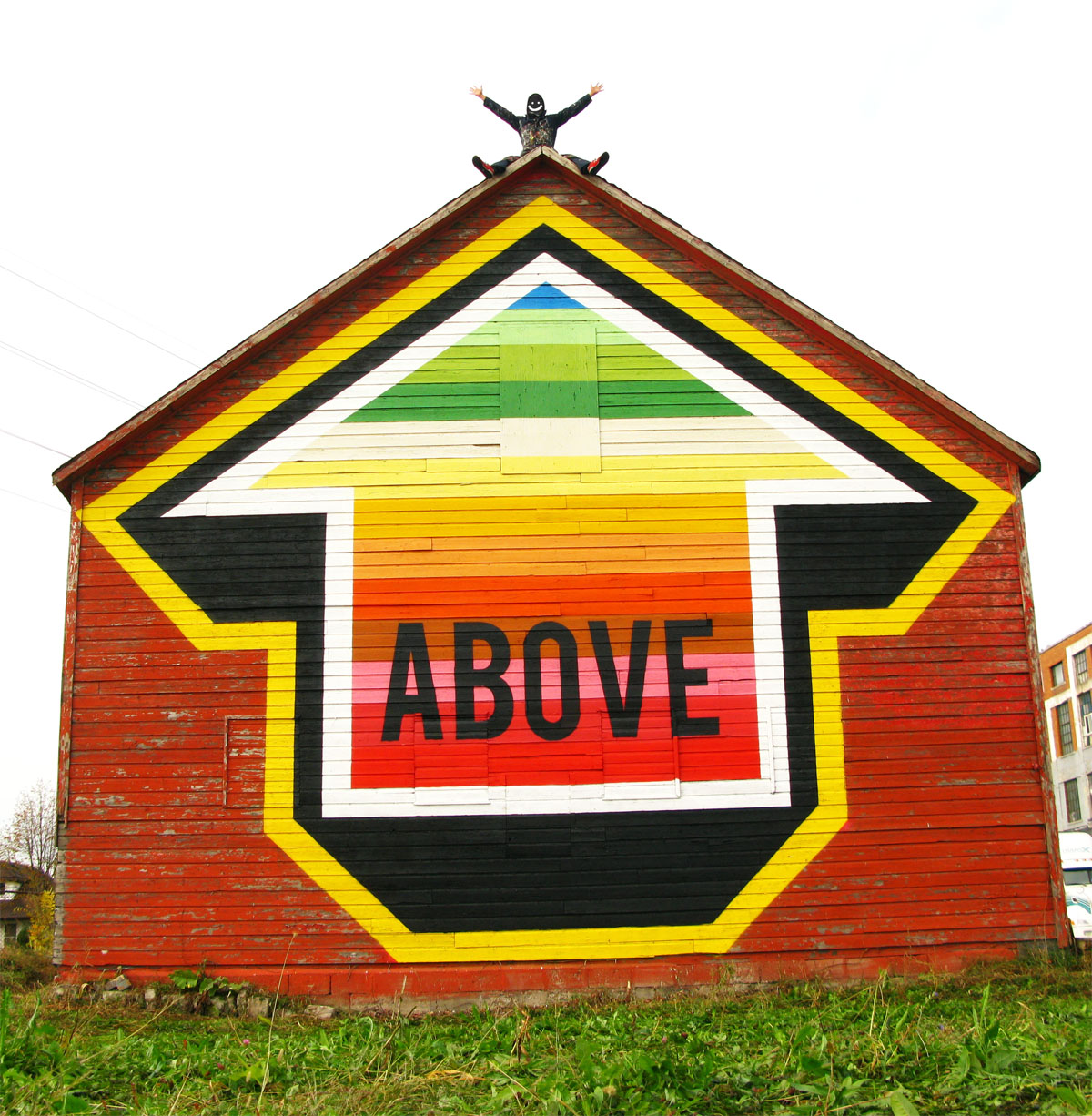 ABOVE in Windsor, Canada painted a barn for the “Free 4 All Walls” project. 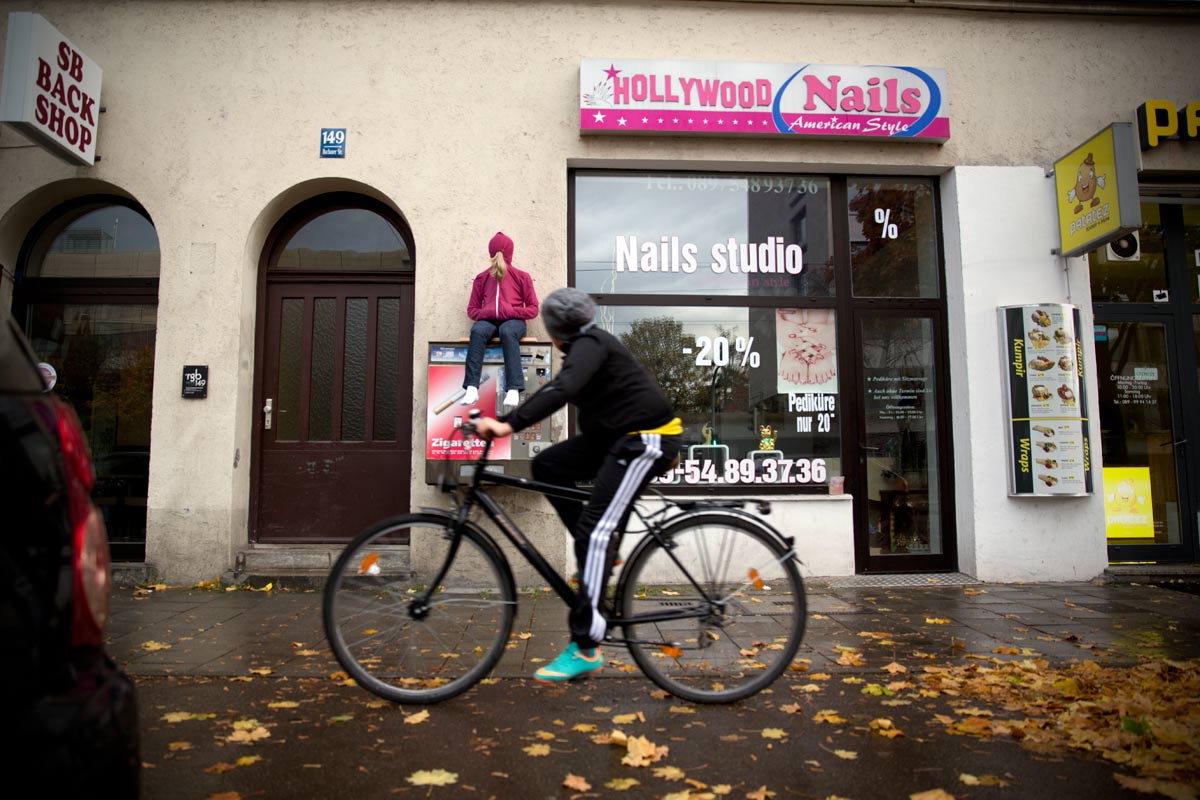 Mark Jenkins for Positive-Propaganda in Munich. 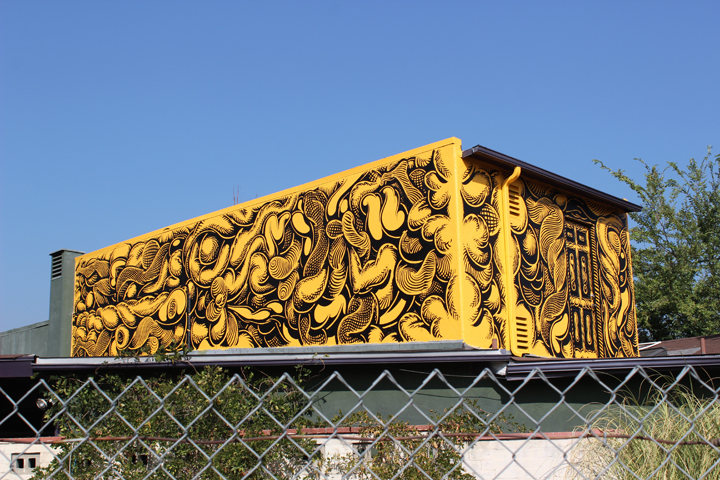 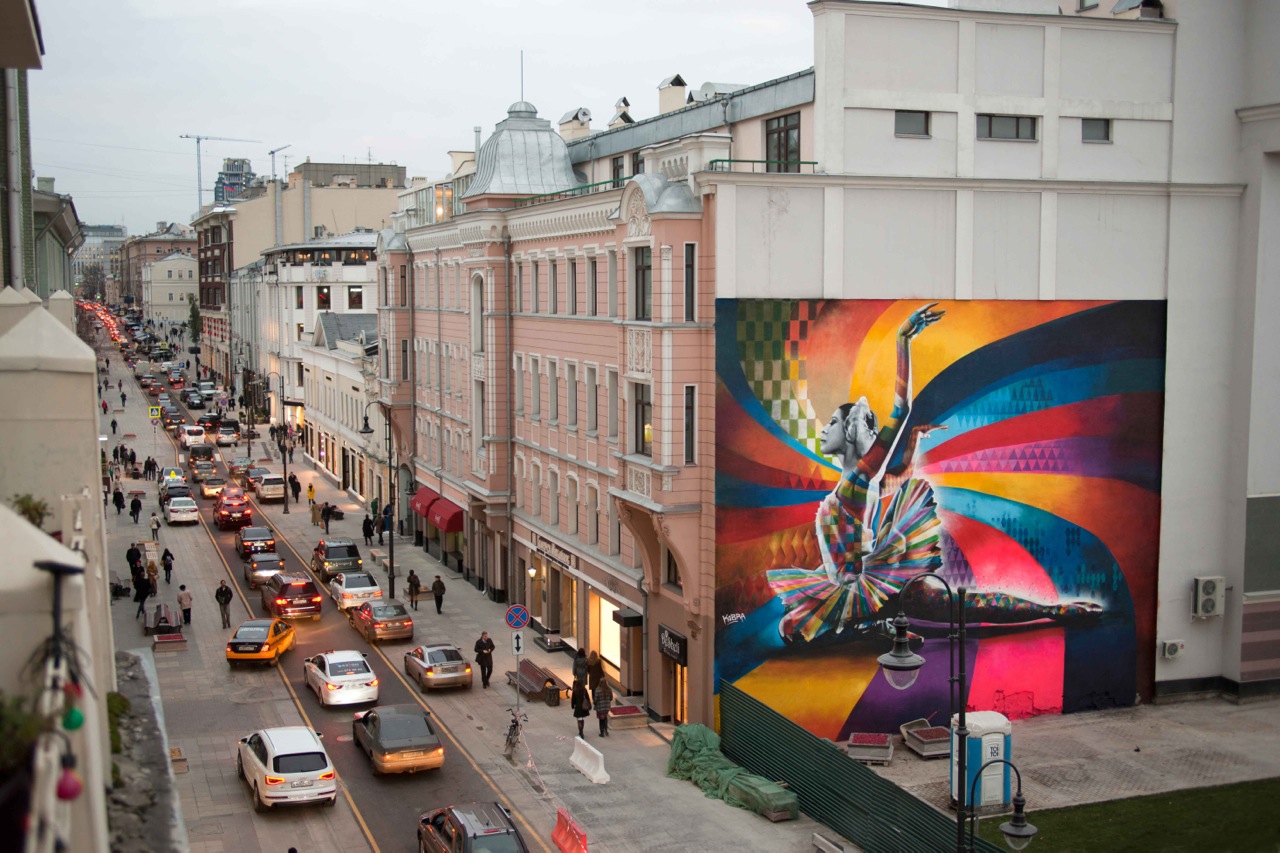 Eduardo Kobra in Moscow with a mural that references Russian ballerina Maya Plisetskaya. 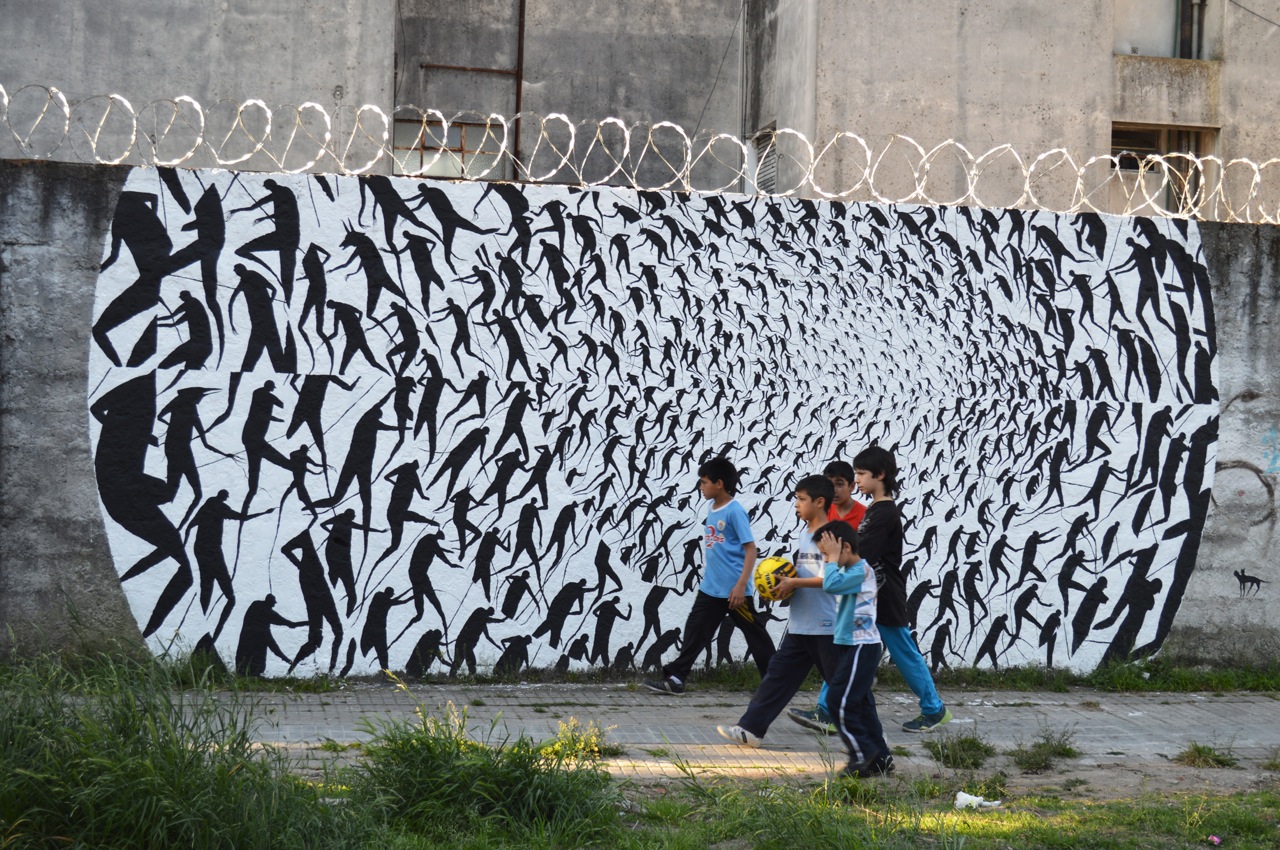 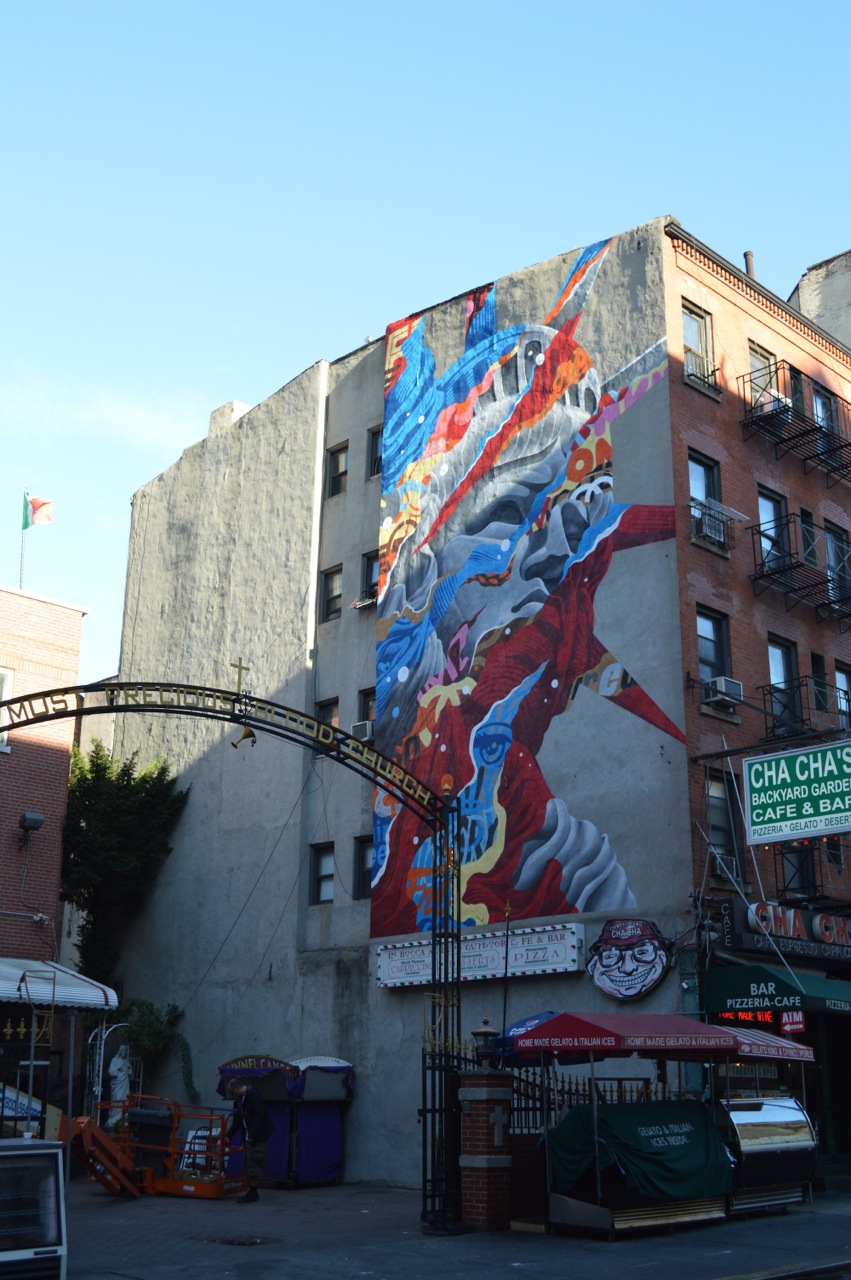 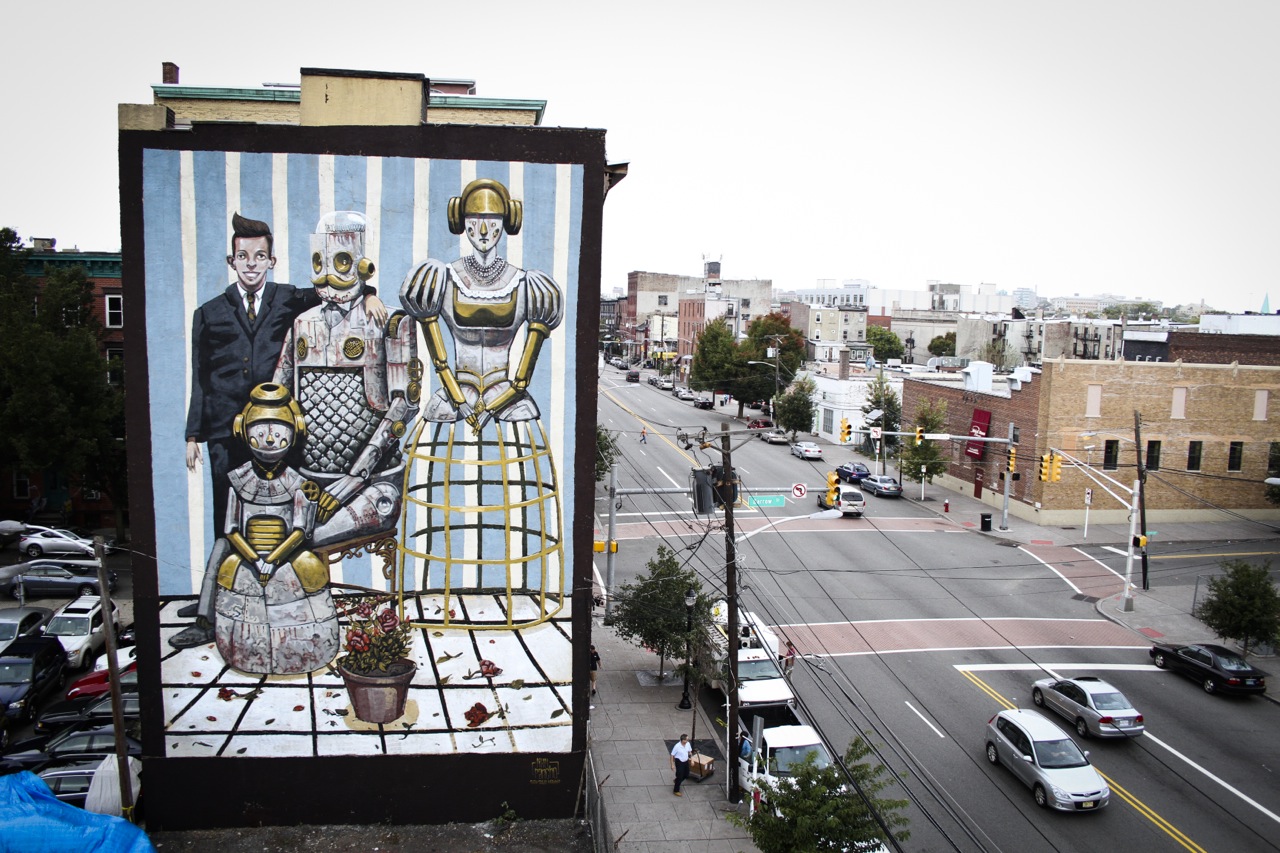 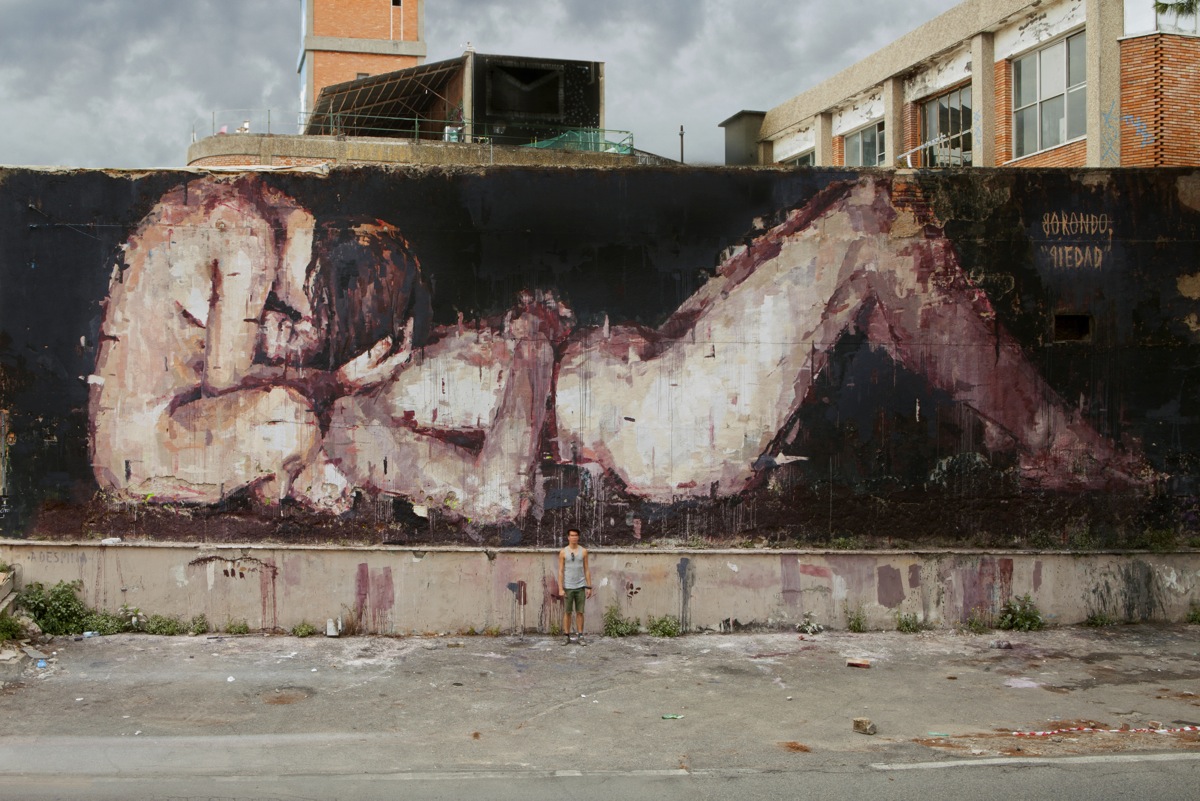 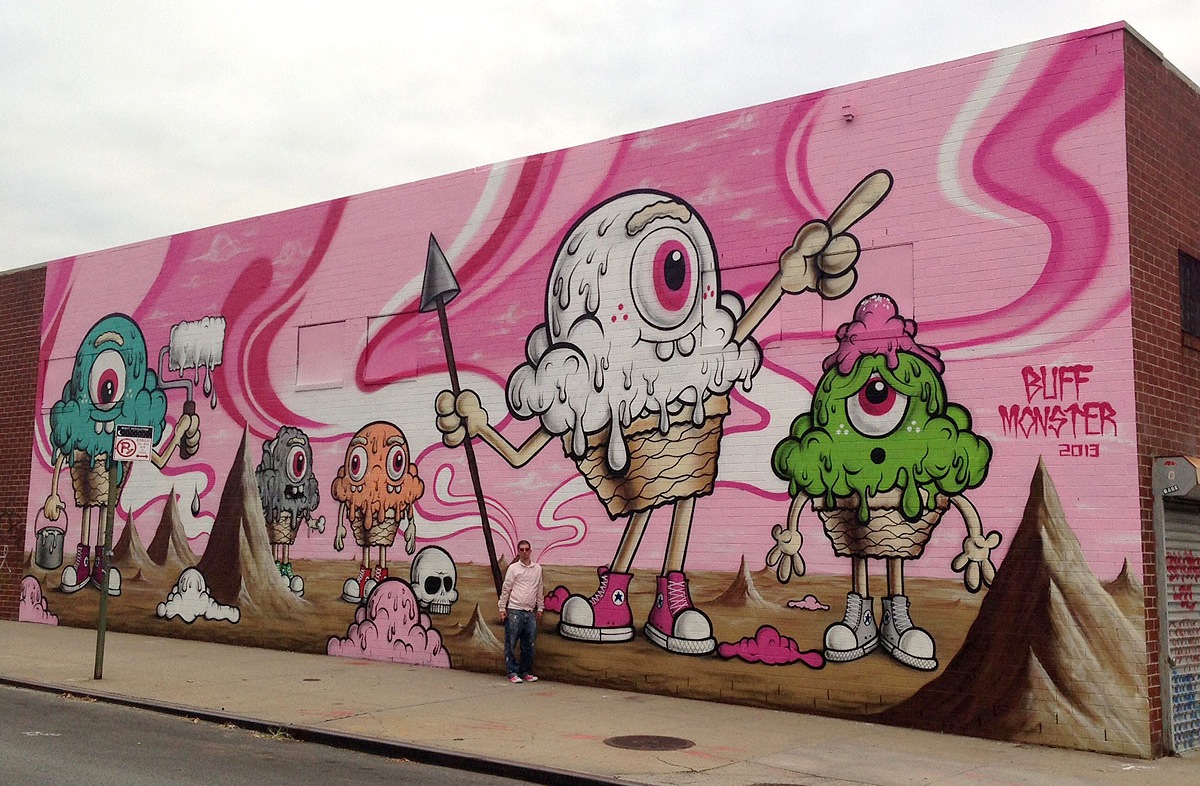 Buff Monster in New York for the Converse and Juxtapoz Wall to Wall series. Photo by Yossera Bouchtia/ANIMALNewYork. 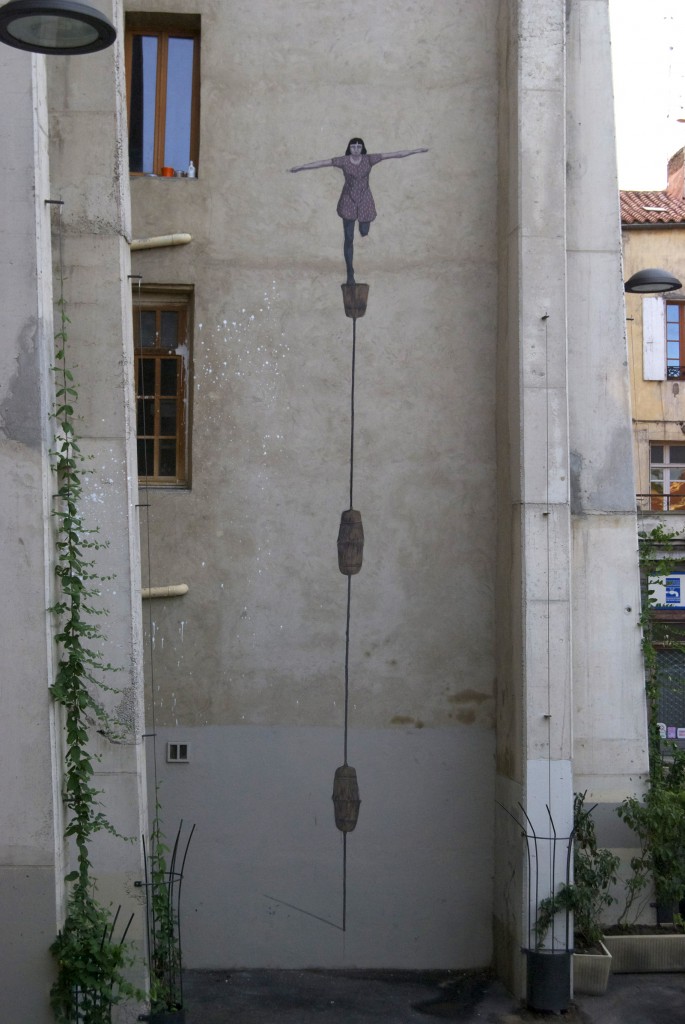 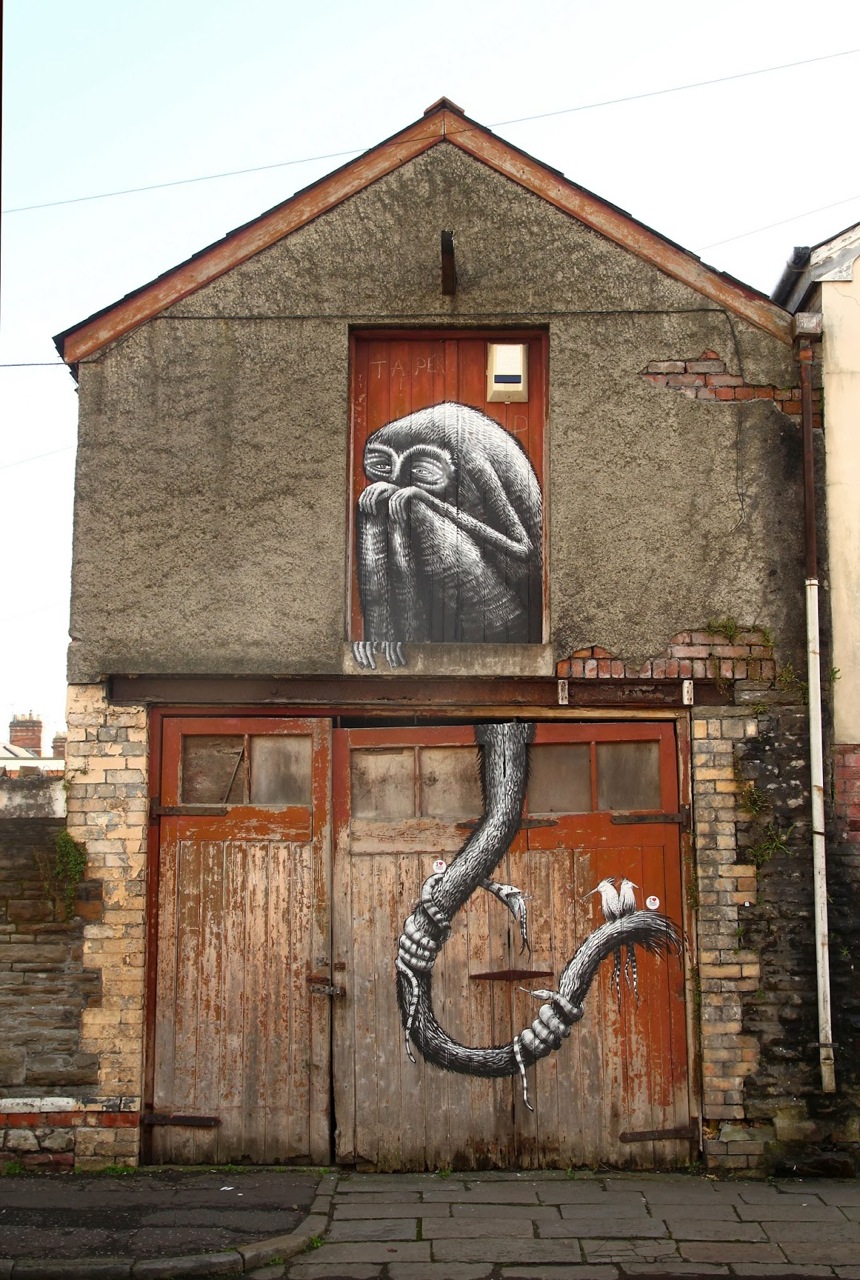 ROA for Empty walls festival in Wales. Organised by the Modern Alchemists. 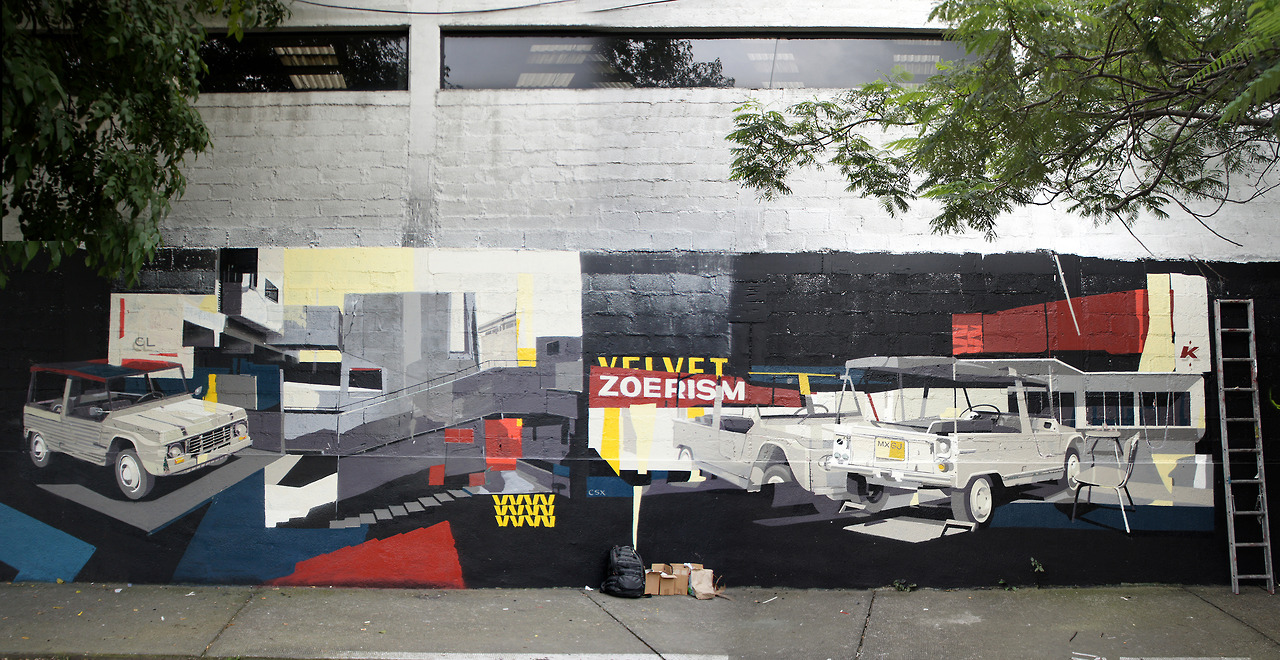 Velvet and Zoer in Mexico. Photo via Graffuturism. 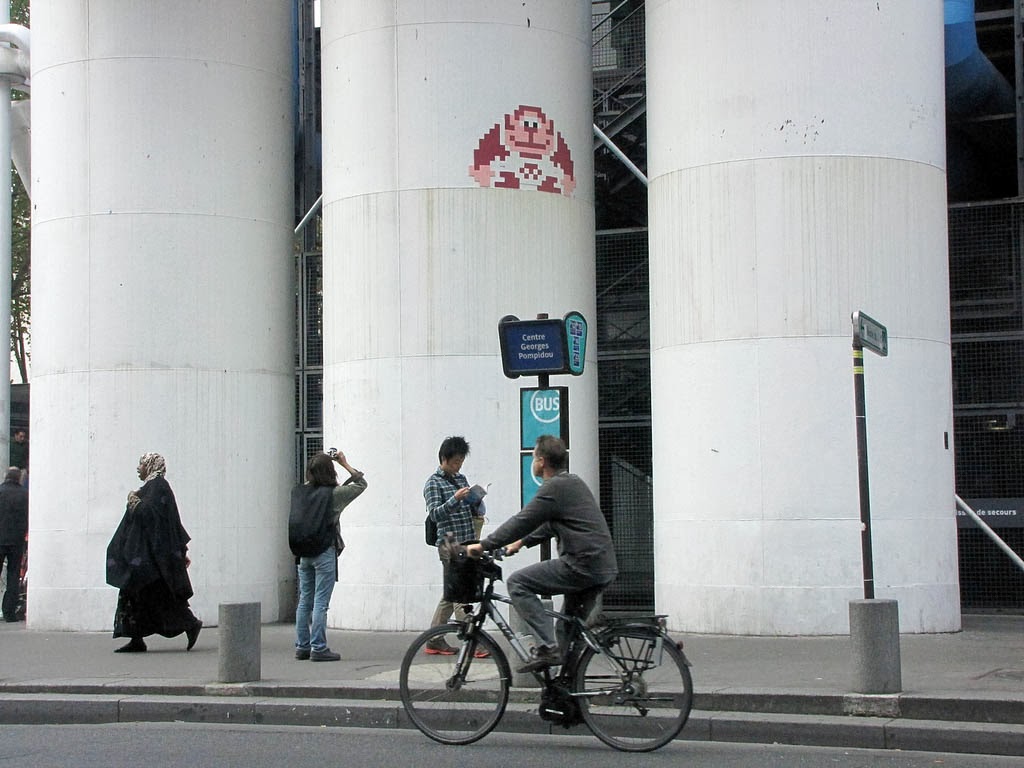 Invader in Paris. Photo via StreetArtNews. 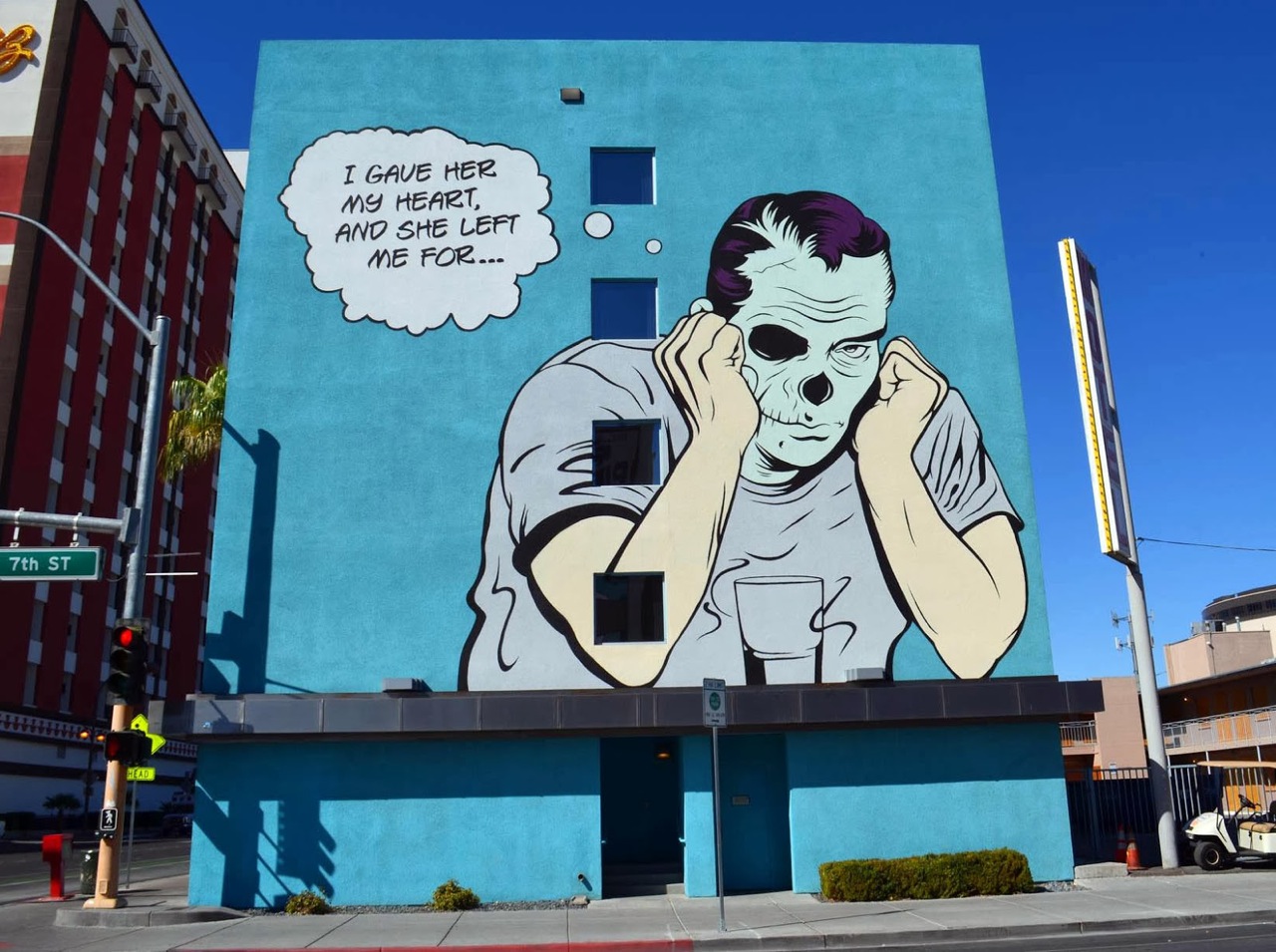 D*Face in Las Vegas for the LIfe Is Beautiful Festival. Photo via StreetArtNews. 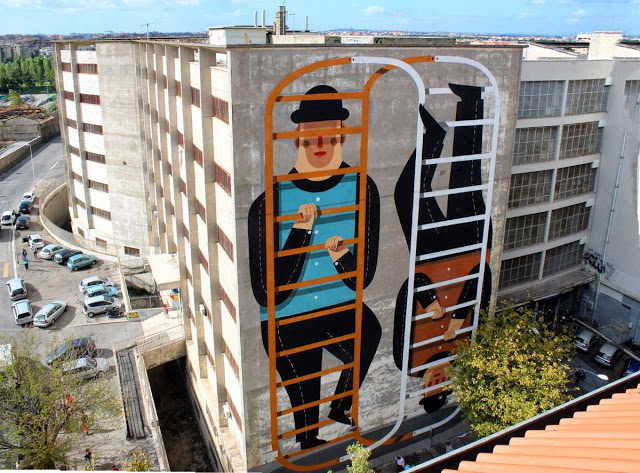 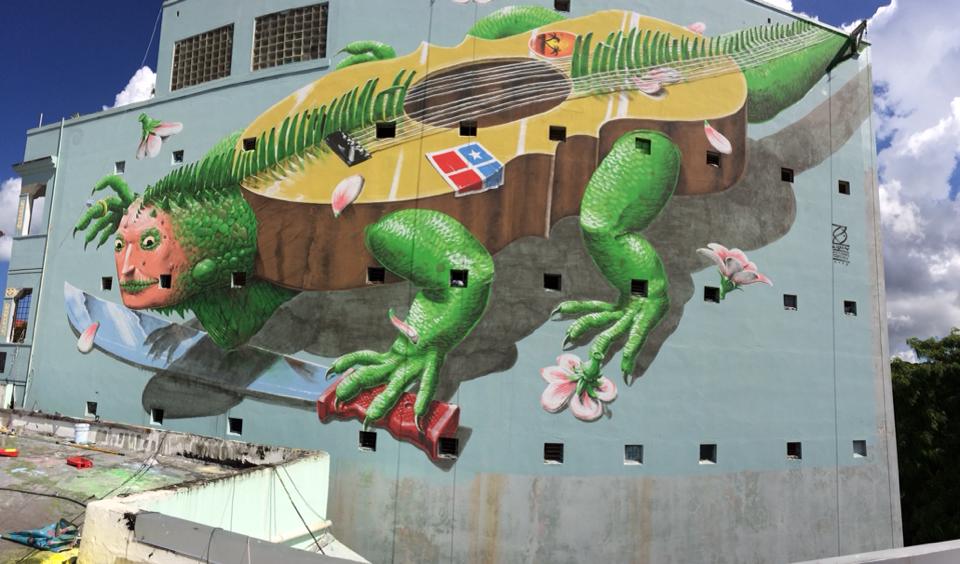