Danish street artist, HuskMitNavn, reacently teamed up with Spain-based Canadian artist Michael Swaney for their first collaborative show, The Hanging, that opened at Ruttkowski;68 gallery in Cologne, Germany on the 6th of December. For this occasion, the artists didn’t just share the gallery space, as it’s usually the case with joint shows, but also gallery walls, displaying next to each other, and even some works on canvas and paper creating exclusive, collaboration pieces.The title of the show refers both to the everyday act of hanging art on a wall and the once-common practice of publicly hanging a criminal for the entertainment of the masses.

Both artists are known for making recognizable works using wide range of media – Swaney produces ink drawings, video installations, mixed media art, and traditional and performance sculptures, while HuskMitNavn paints on walls, canvas and paper, illustrates for magazines and designs t-shirts. Also, both artists share a tendency to produce playful, somehow naive art – HuskMitNavn’s bold lines and clear graphic style of comic-like imagery actually contrast with Swaney’s multi-colored images, created by playing with geometric and abstract figures. Although significantly different in their core approach to the creation process, their two styles and techniques blend together nicely both in space, and on collaborative pieces. While HuskMitNavn mostly uses acrylics, crayons, pen and ink, Swaney’s unprimed canvases include even wider range of mediums, and often include found objects incorporated into the work adding more depth and dimension to his almost chaotic imagery .The show is on view through the holidays until January 19, 2014, so  make sure you check it out if you’re in the area. 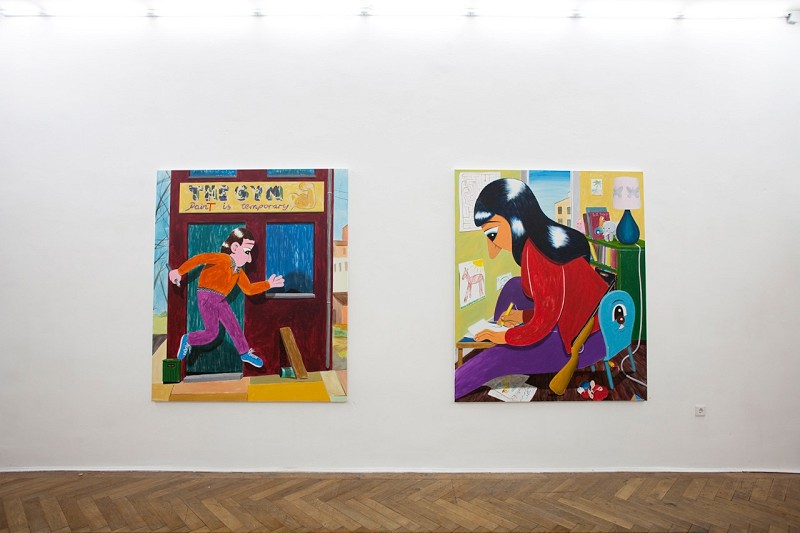 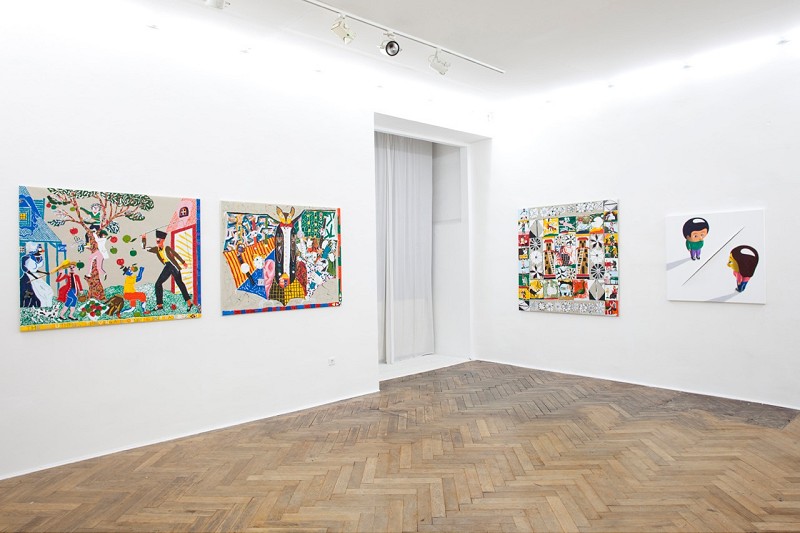 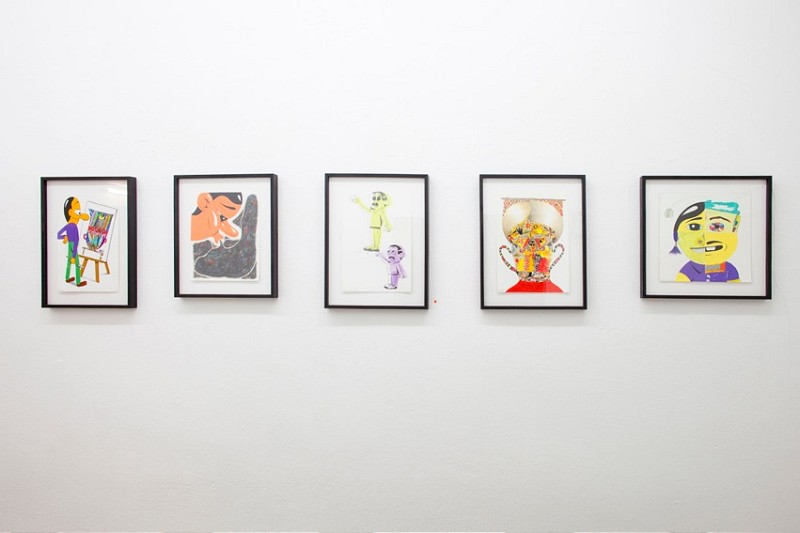 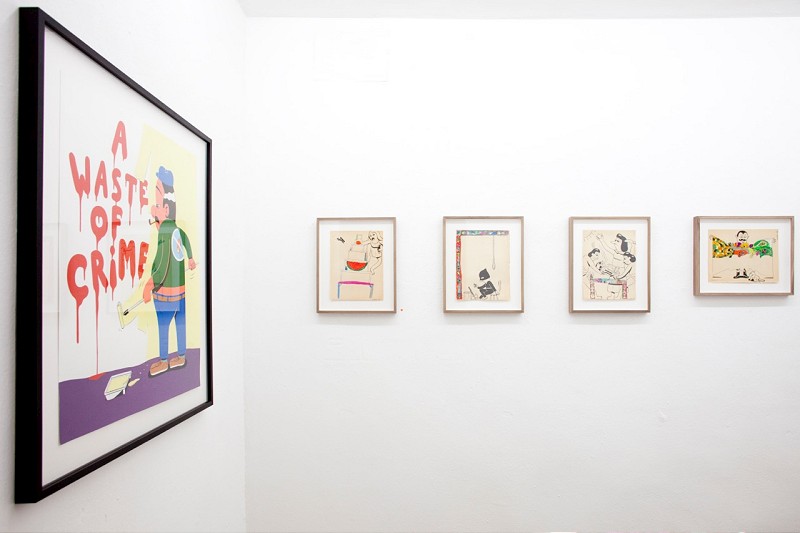 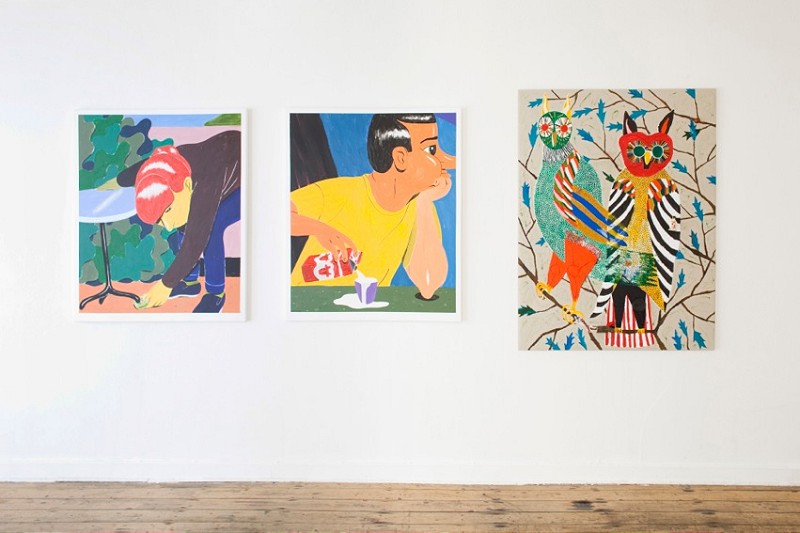 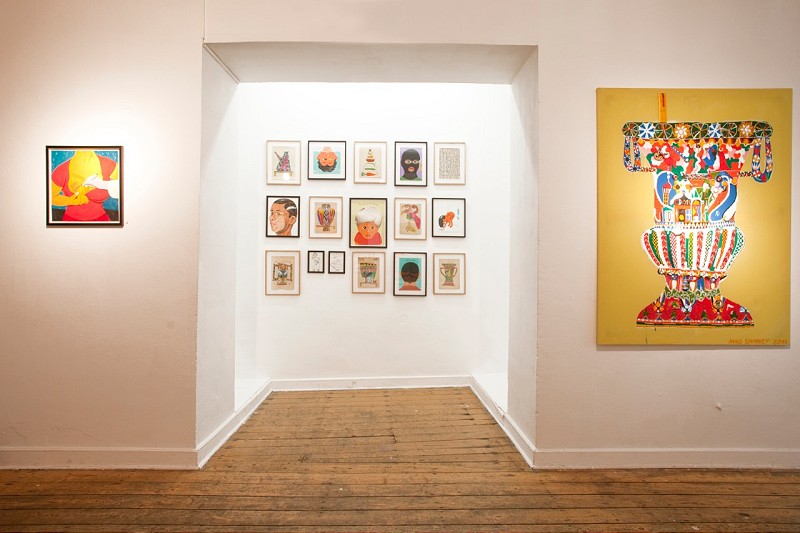 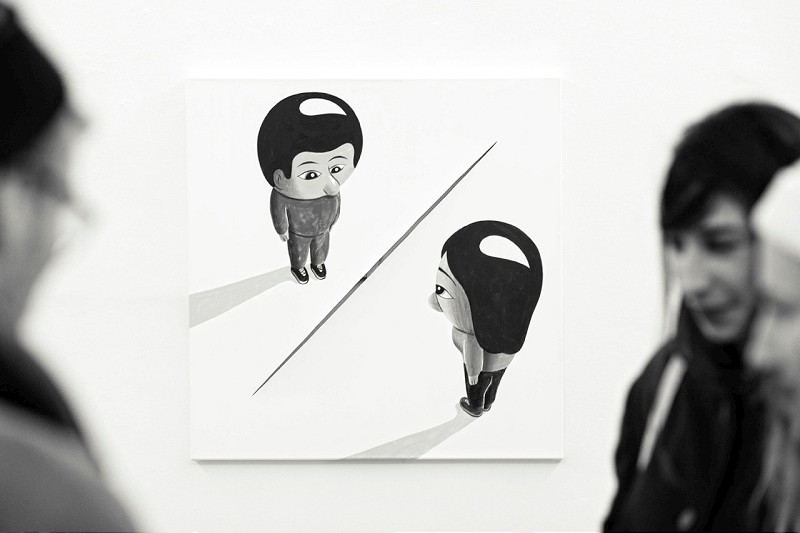 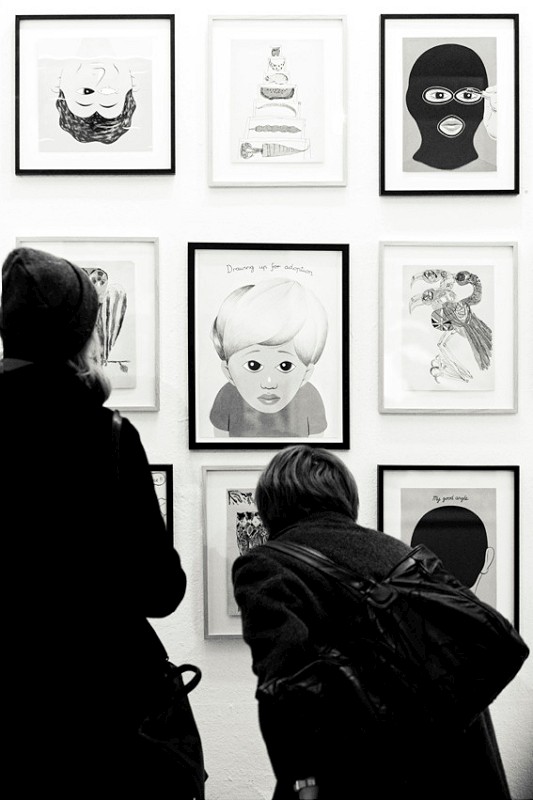