AM recently got the chance to visit Wayne White in his Los Angeles studio. His workspace is as amazing and surreal as you would imagine, including four foot tall eyes and an oversized mask of former president Lyndon Johnson. Although White is best known in the art world for his paintings that combine vintage imagery with clever, bright colored words, he is also recognizable as the star of the documentary Beauty is Embarrassing and for his work on Pee-Wee’s Playhouse.

When we arrived he was preparing for a show at the Joshua Liner Gallery in New York and an upcoming print release with Modern Multiples, joining the ranks of  artists like Camille Rose Garcia, Banksy and Shepard Fairey (and many others) who have all released  prints with the Los Angeles-based screen printers.

Below are pictures of the studio, some works in progress and a few images of completed paintings from his website. 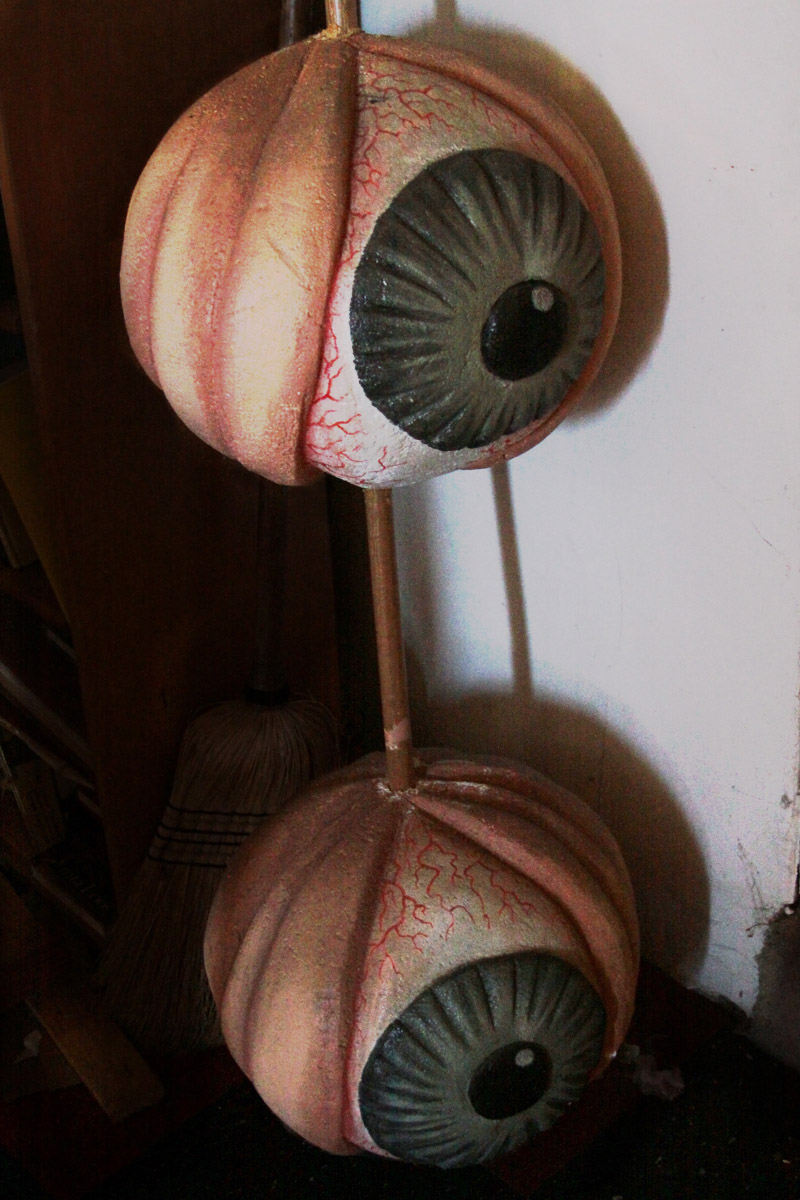 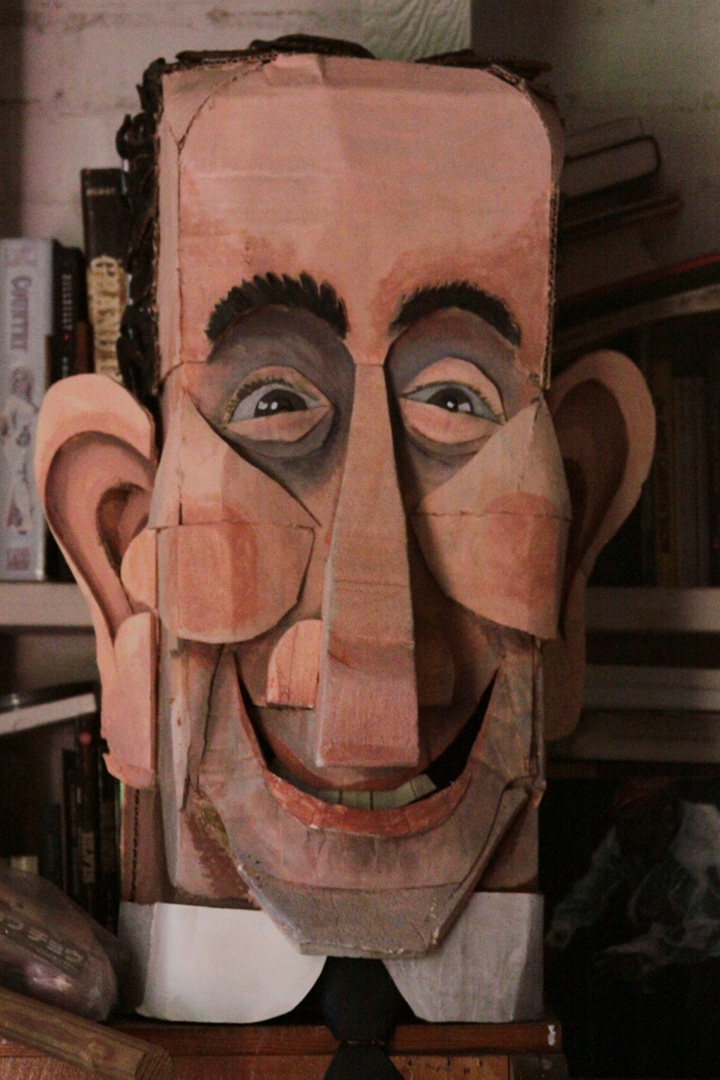 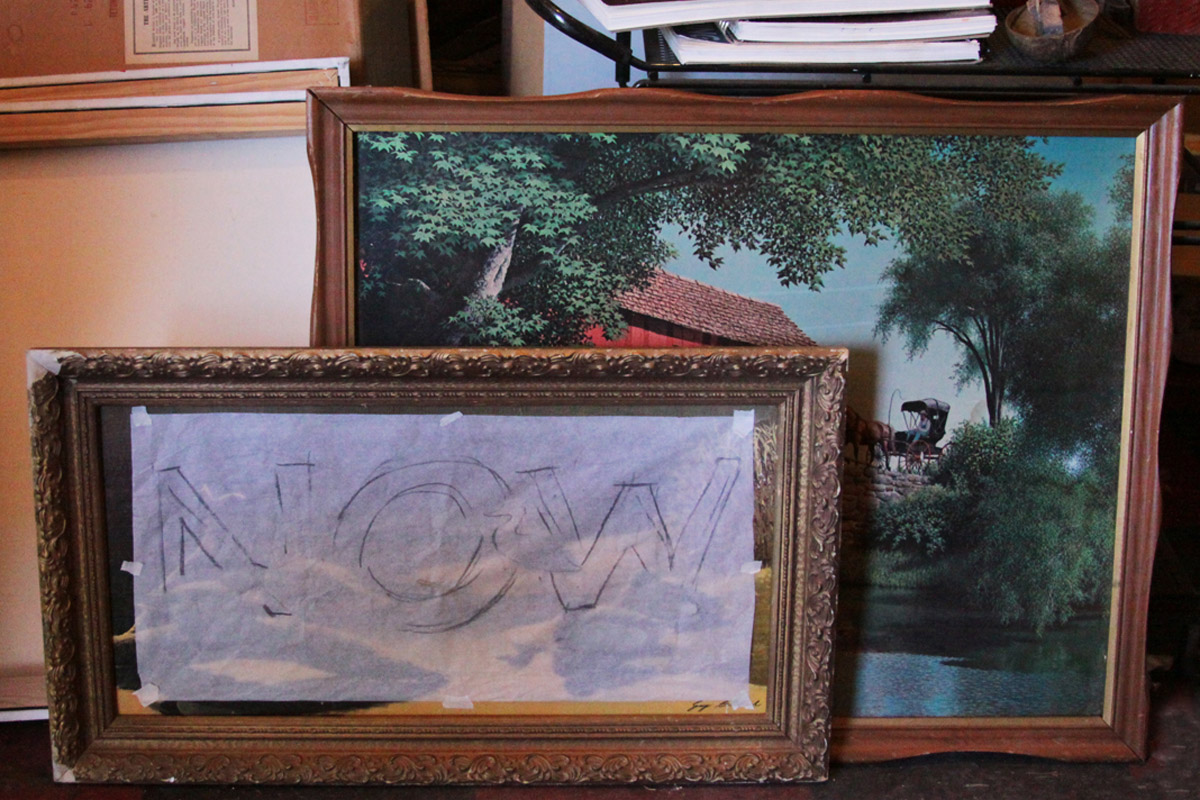 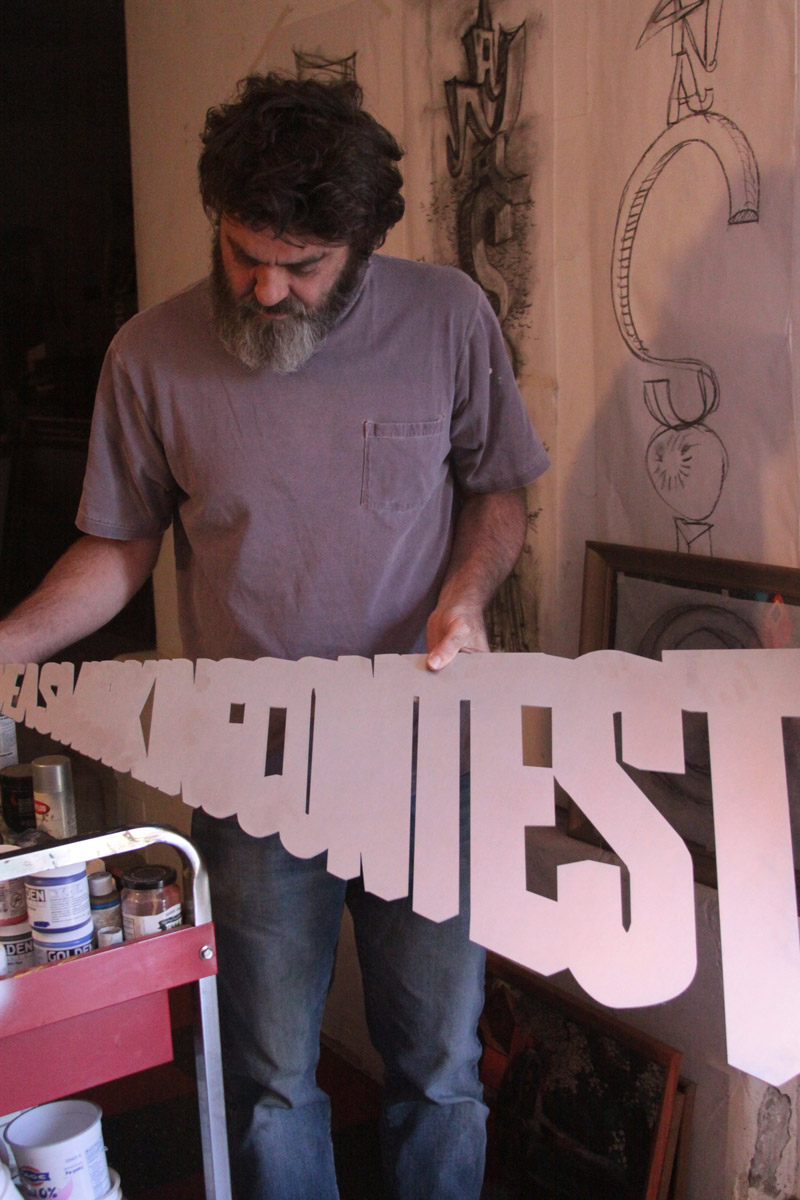 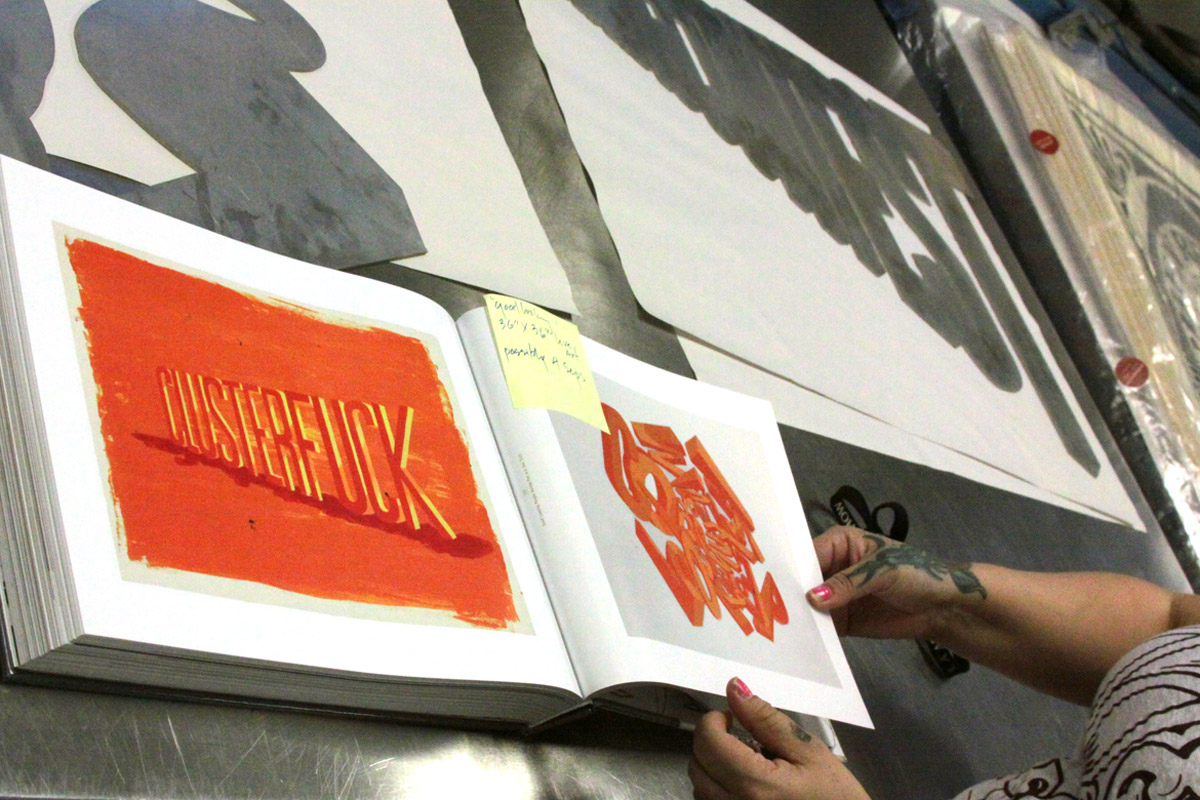 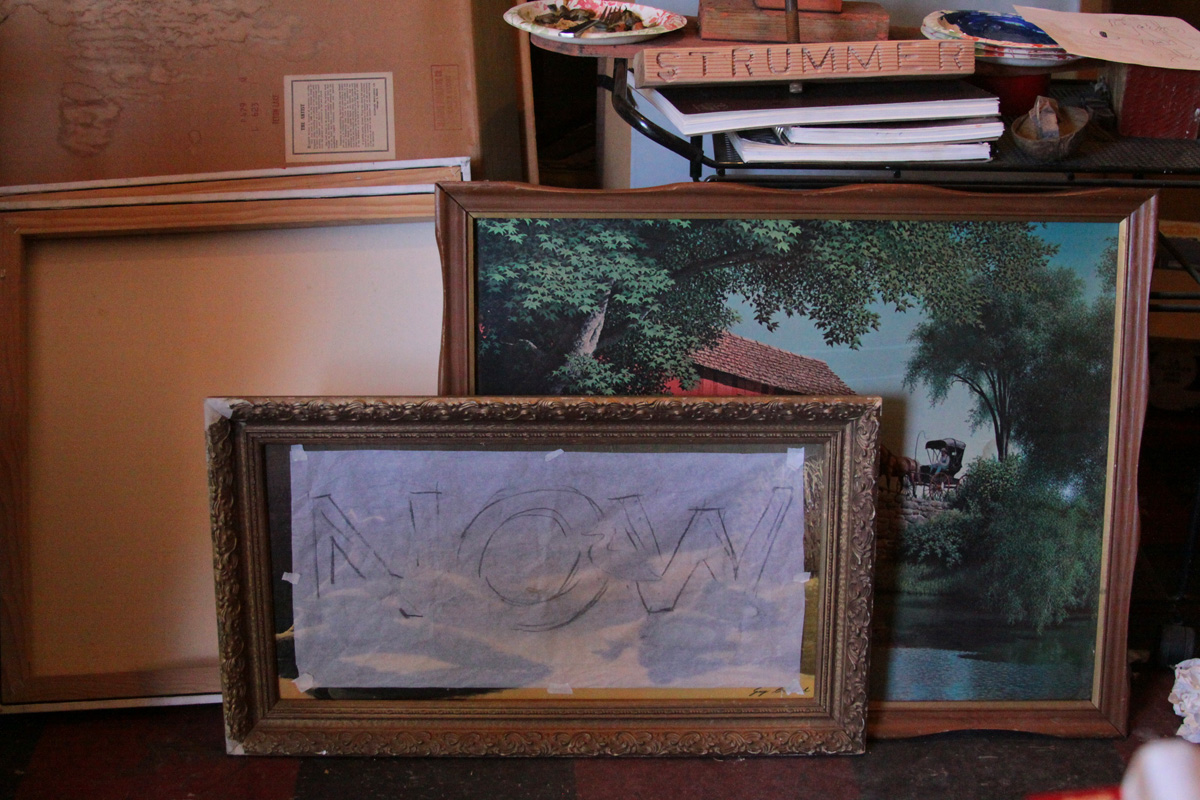 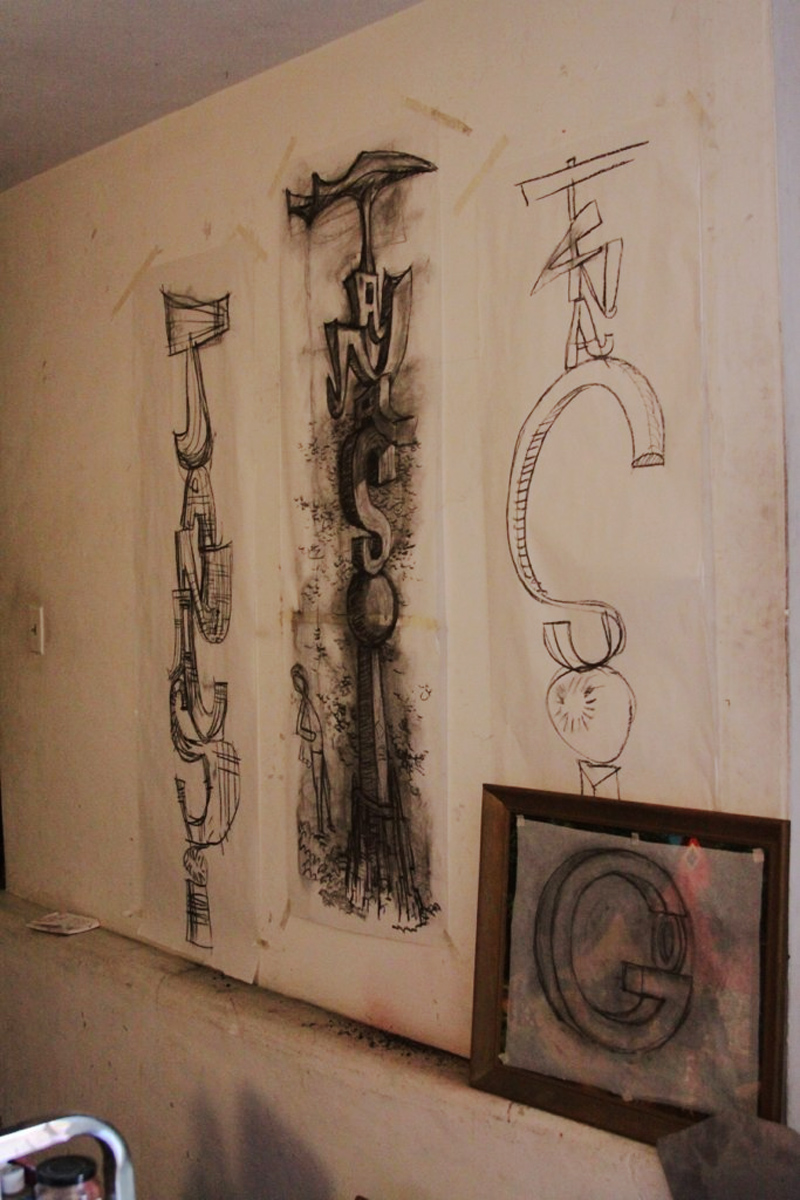 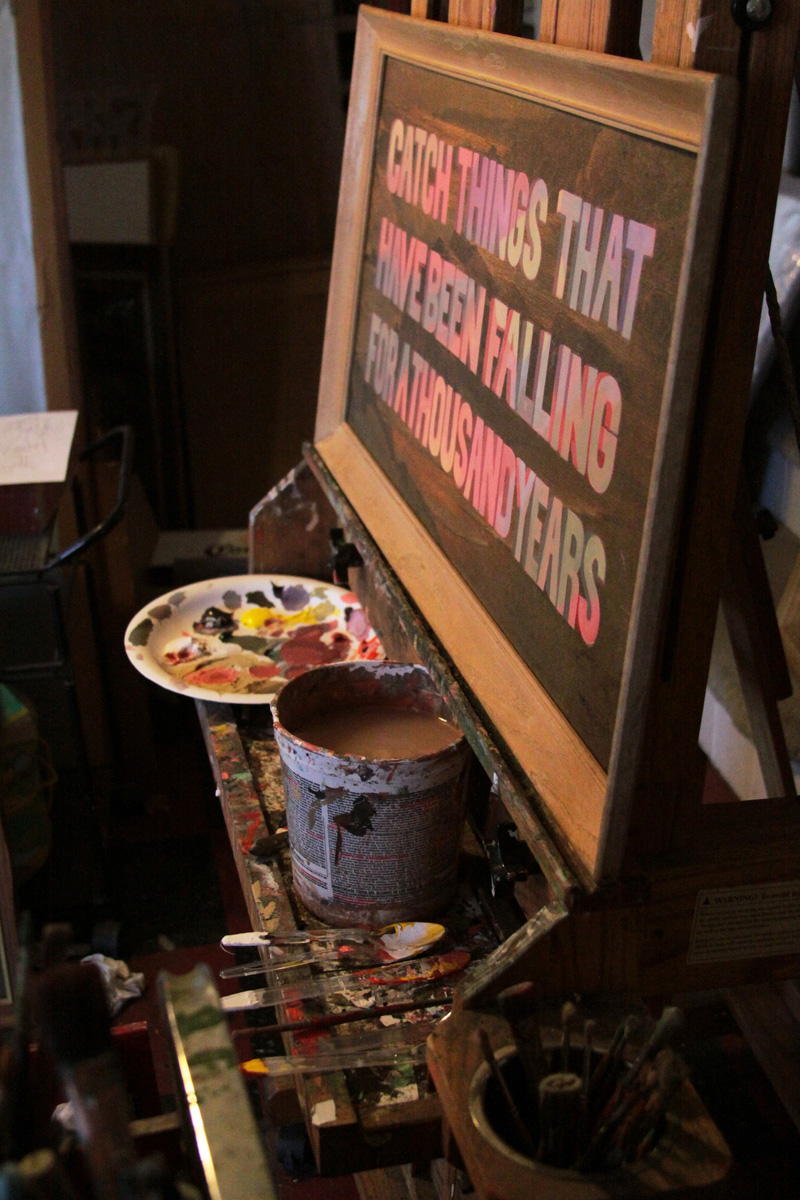