Elixr Coffee in Philadelphia is continuing their art program by commissioning Isaac Lin to create an indoor mural at their city center location. After Jim Houser painted one back in August (covered), this was the third piece they have commissioned from local creatives. Lin is a versatile artist who painted a wall for the Philadelphia International Airport last year, created one of his images that is strongly influenced by cartoons and calligraphy, as well as his passion for graffiti.

This latest effort is entitled New Friends and features his calligraphy-like patterns, as well as recognizable characters. Mixing flat imagery with abstract motifs & unpredictable graffiti elements results in rich & complex images like those the Philadelphia-based artist creates for his zines, prints, sculptures, and installations. The mural will be on view until August 2014, so make sure you check it out from up close while you’re having a cup of coffee. 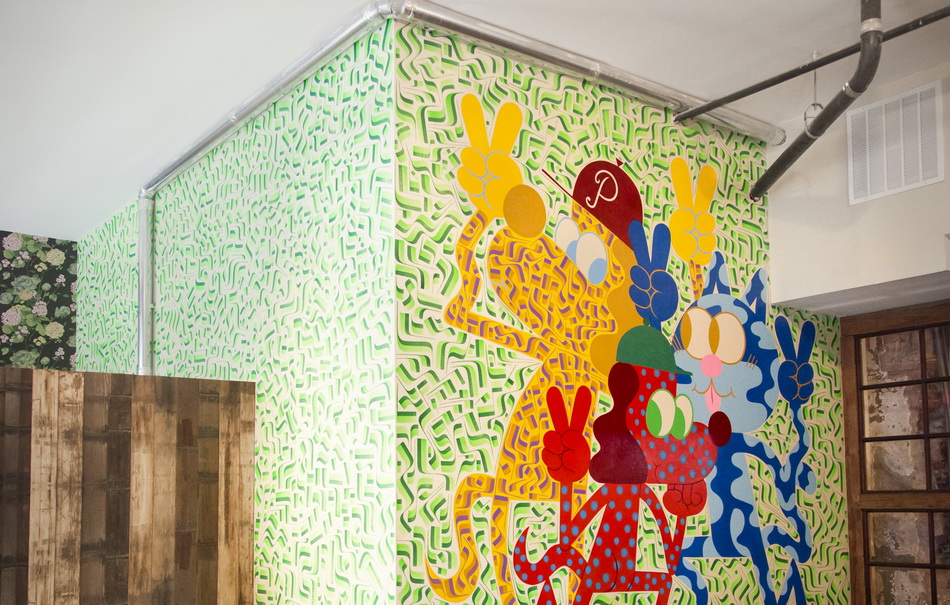 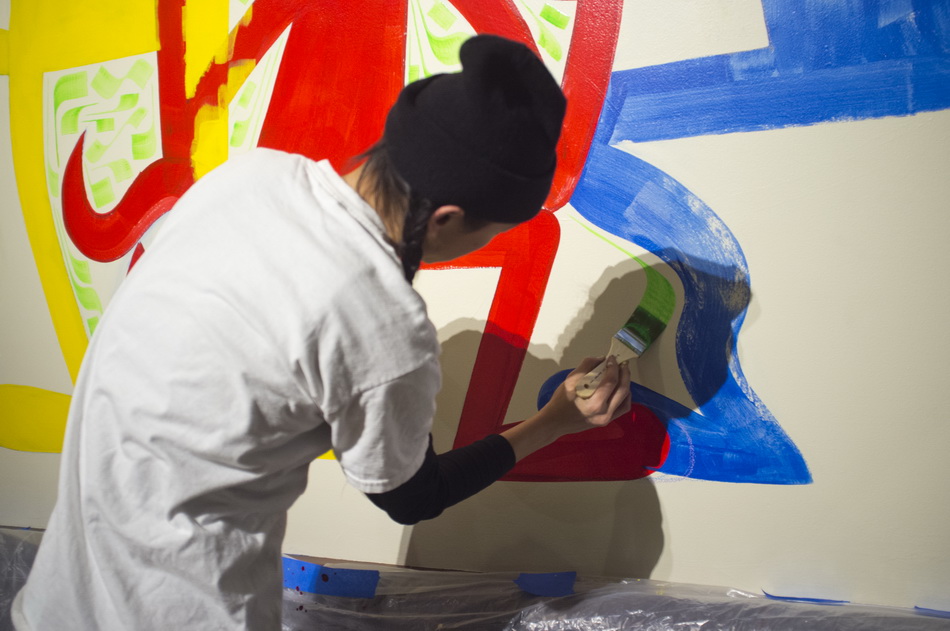 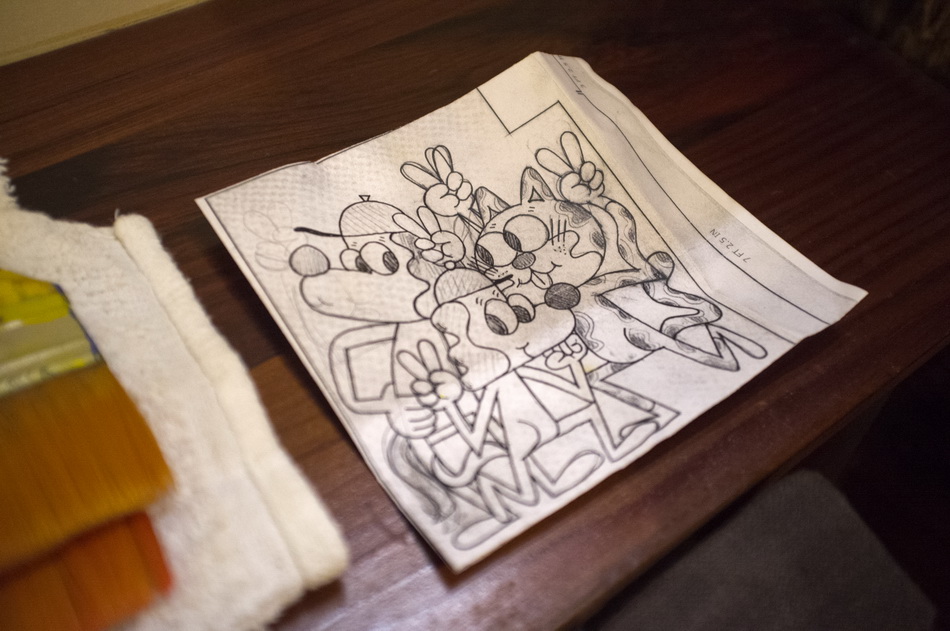 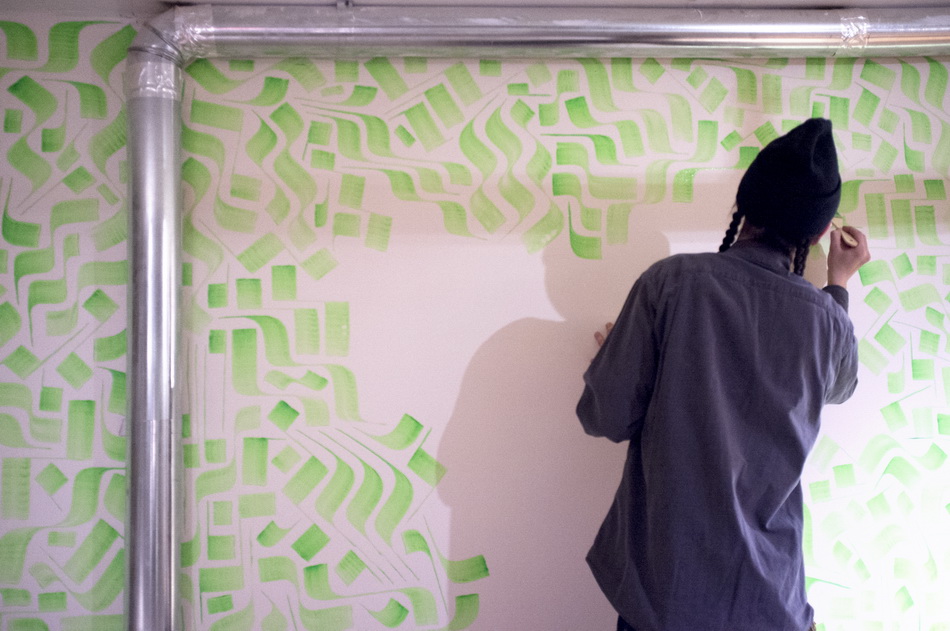 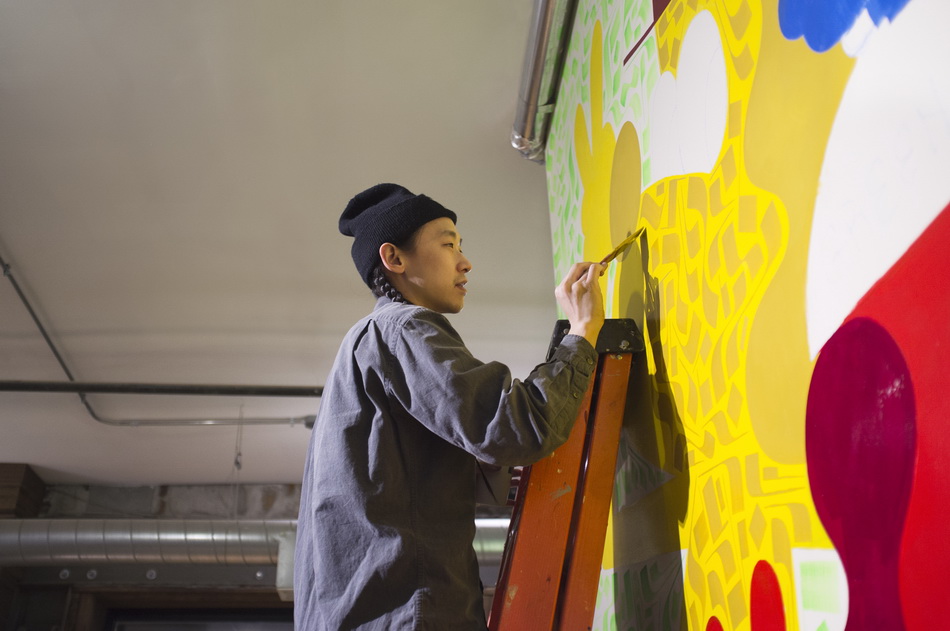 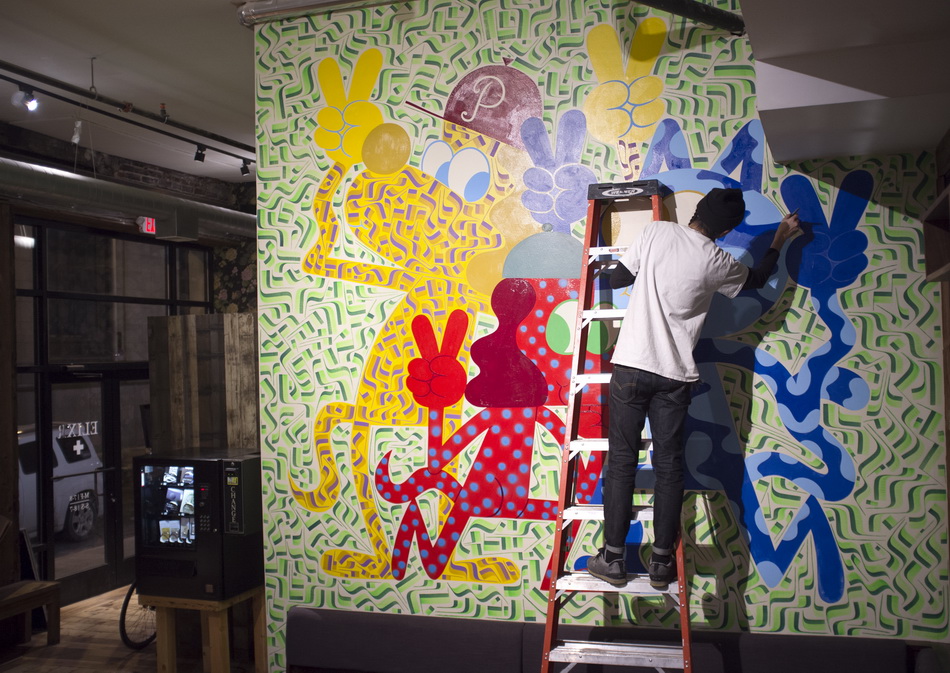