Yesterday, we headed down to Coachella, not the annual music and arts festival, but to the city itself. Despite the associated name of the huge yearly revenue source nearby, the taxes go to the city of Indio with the actual city of Coachella remaining a poor farming community. This is what the Date Farmers, who call the area their home, and curator Medvin Sobio are seeking to change with the Coachella Walls project.

First up, we want to share with you what El Mac painted in the historic Pueblo Viejo area of the city, a portrait of an anonymous farm worker. Created with his signature striated shading technique, the piece when viewed in context, provides a striking contrast to the surrounding buildings. We’ll have more to present to you soon as many artists are still scheduled to appear. 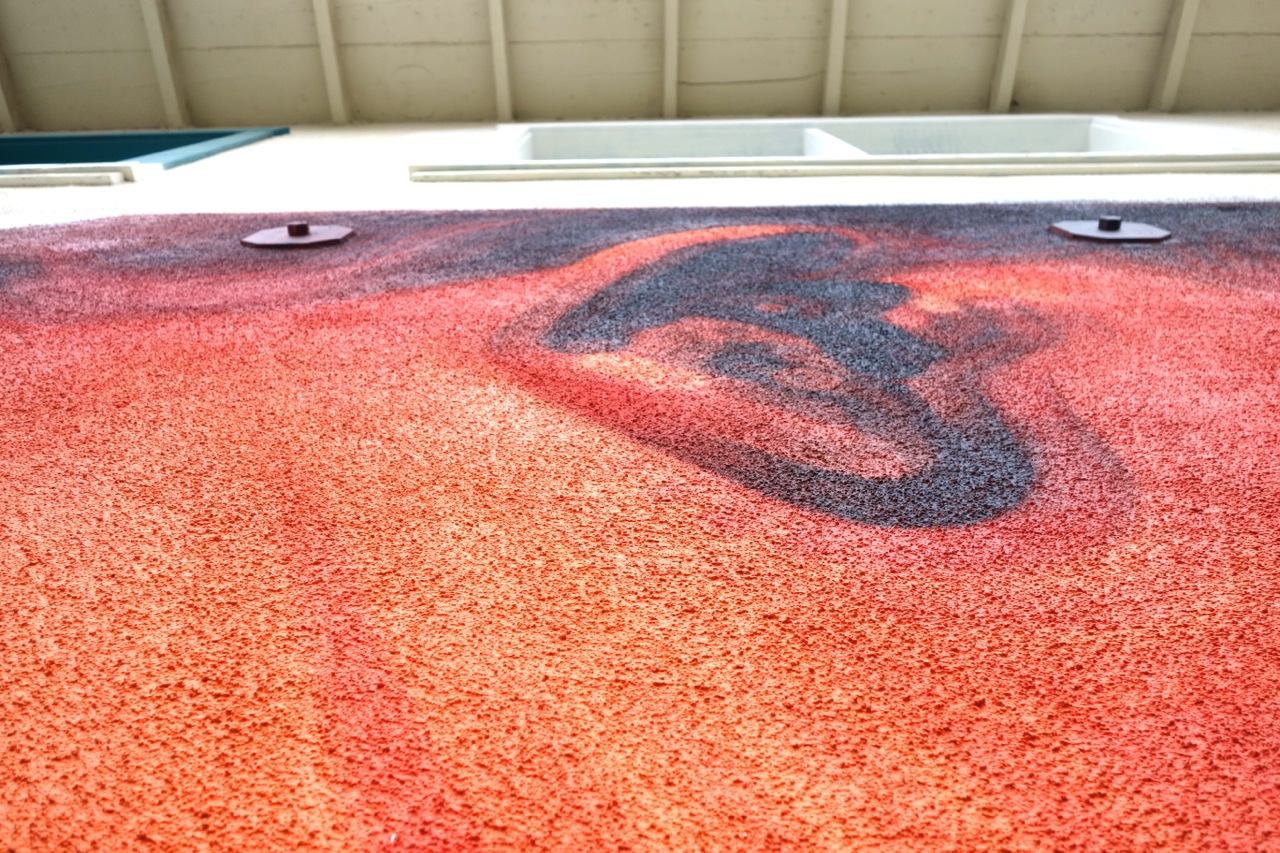 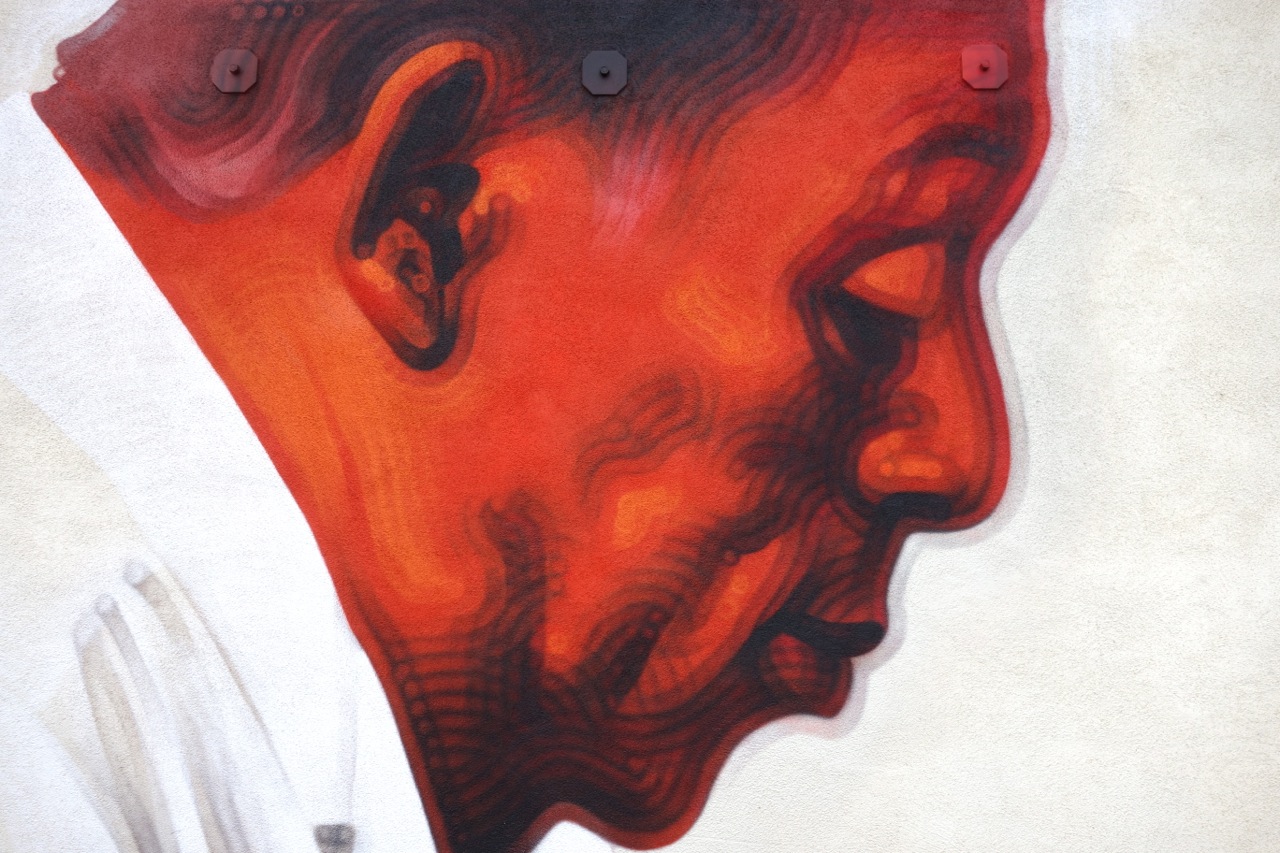 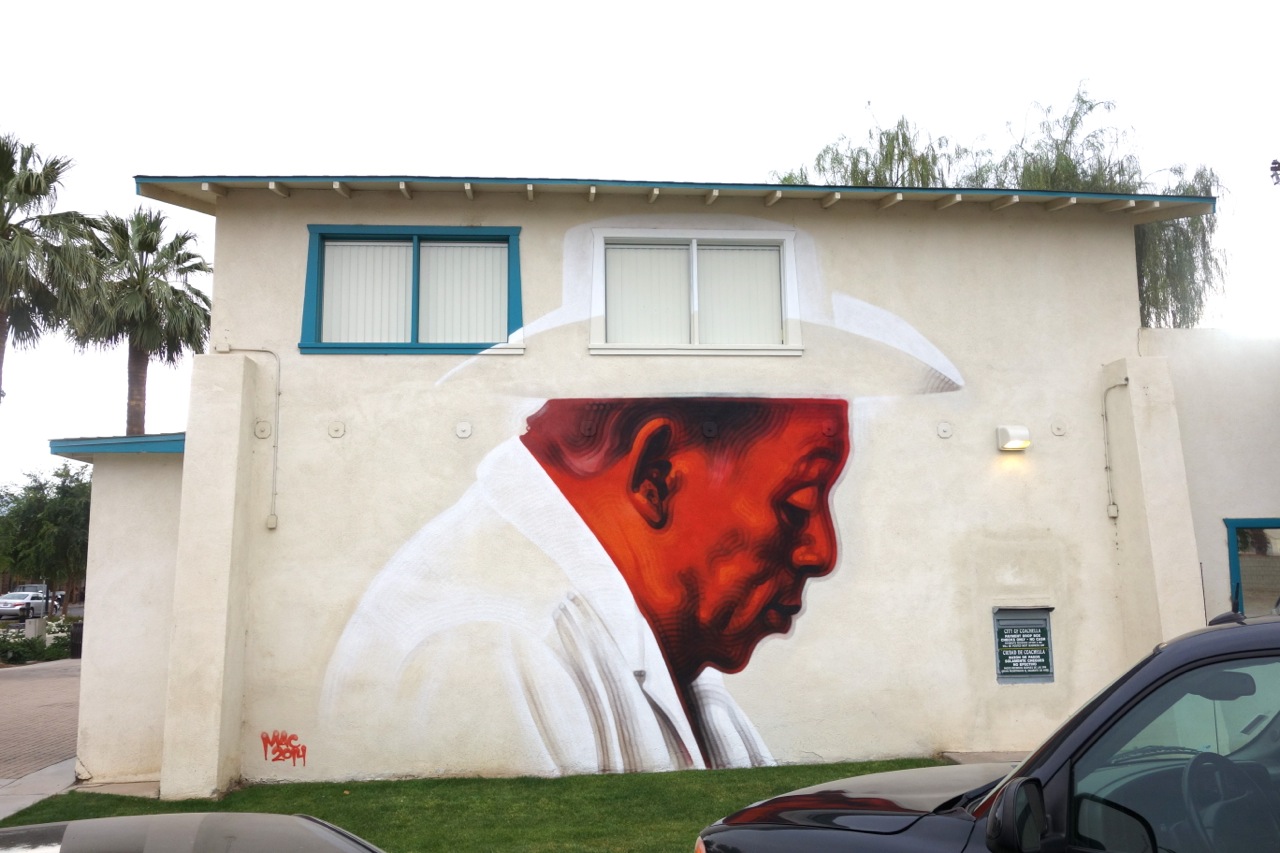 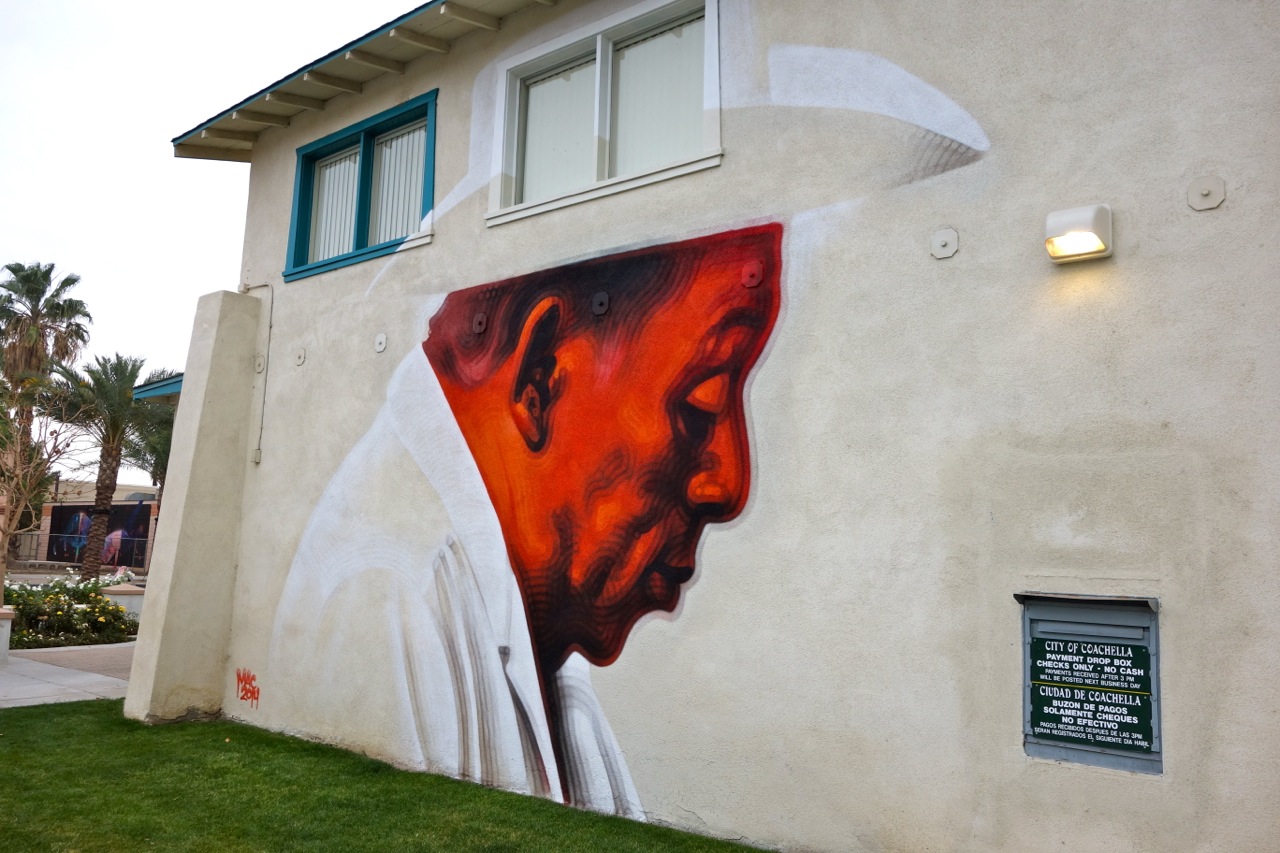 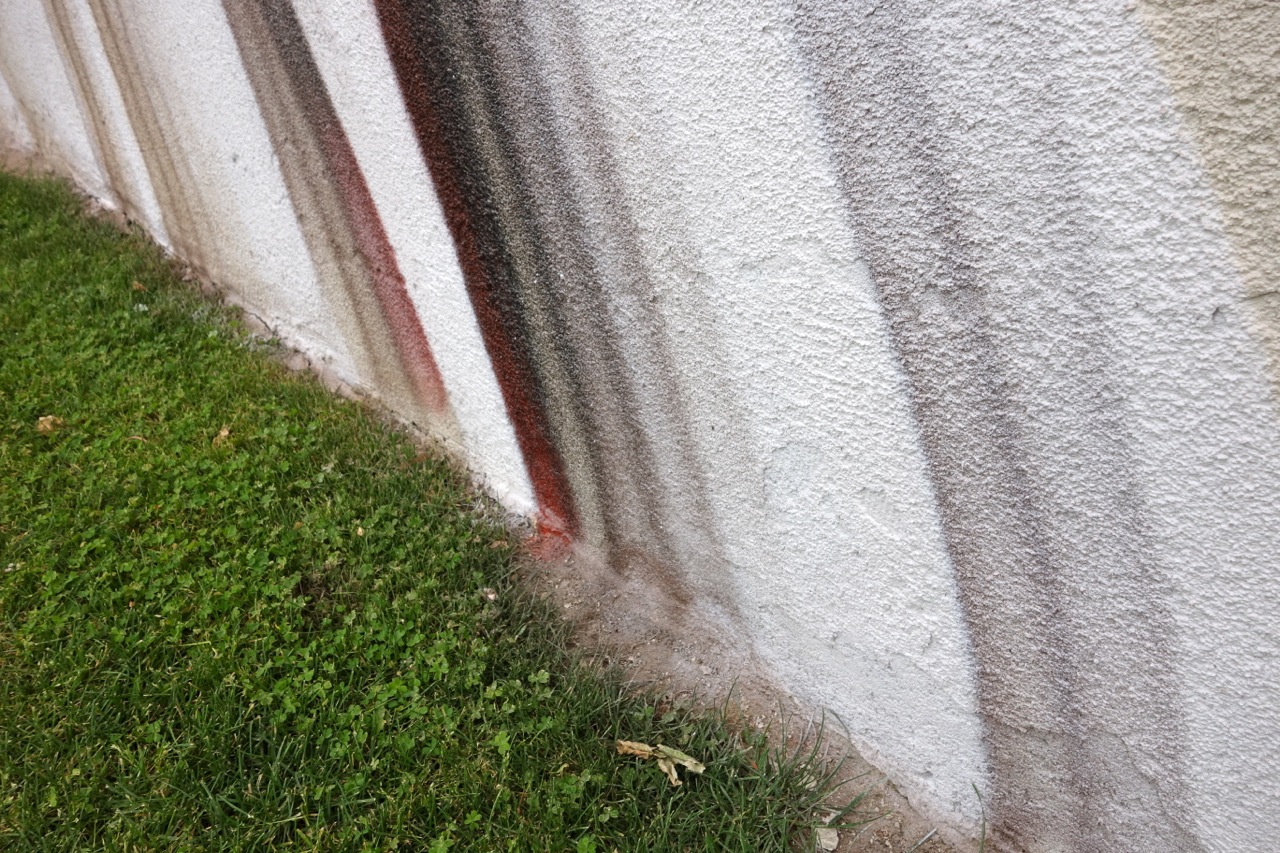 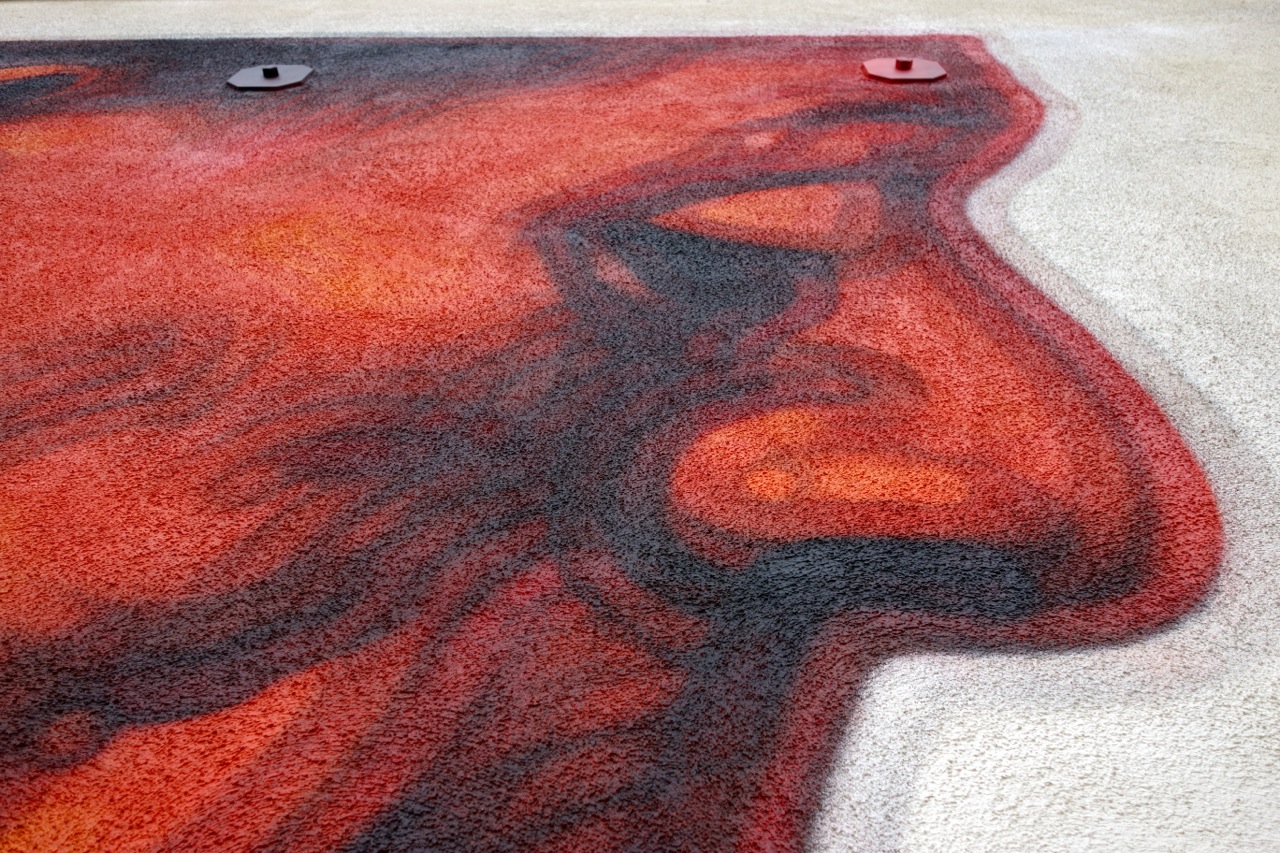 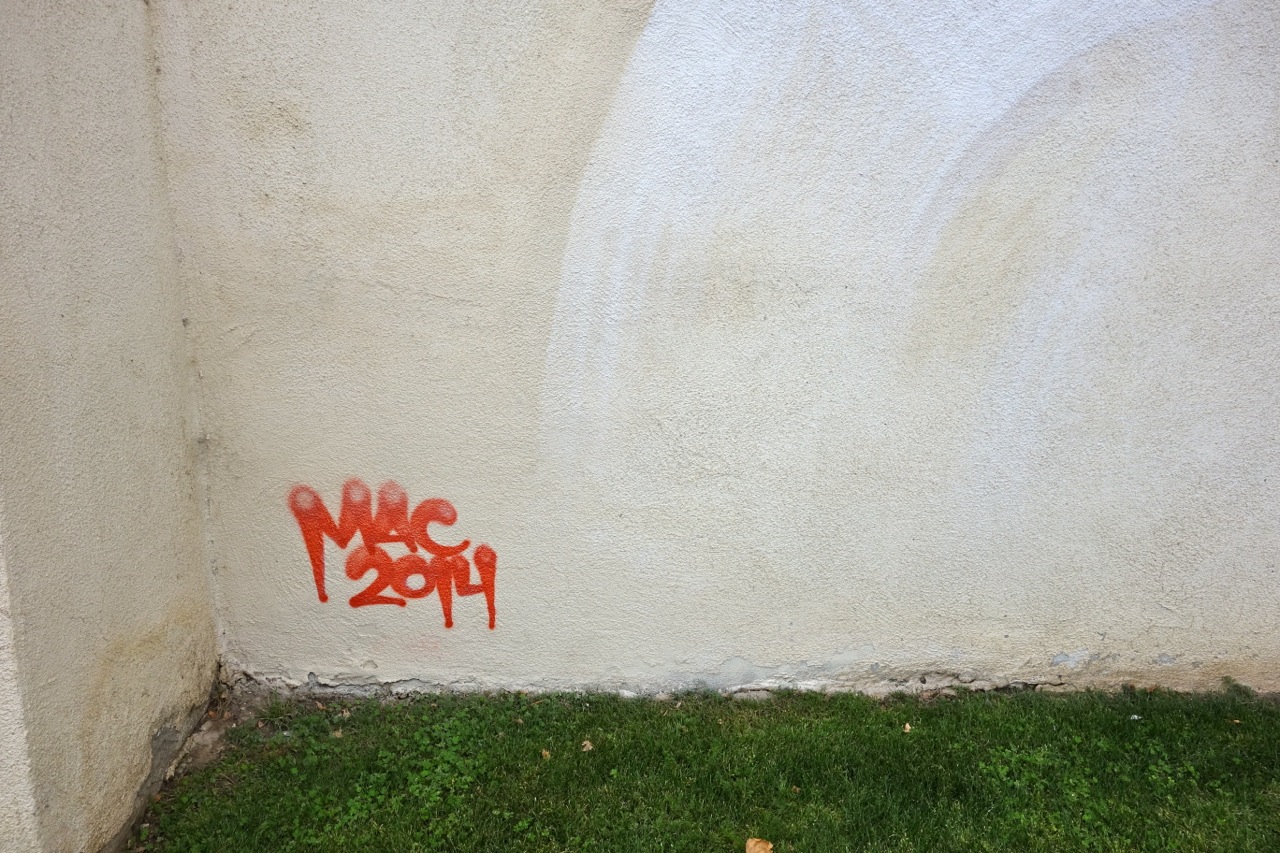