After building up and later destroying his first ever gallery show in London (covered), Phlegm took of on a another world trip for a couple of months focusing on what he loves the most – painting large murals. He started  the tour by participating in the Public Festival in Perth, Australia (covered), and then head further south to New Zealand. His next destination was the remote little town of Dunedin in the south of the country, where he spent few days working on this stunning mural.

Painting on a historic building that is well over 120 years old, the British artist was strongly influenced by the history and geographical position he was in. Despite rarely using colors, he did reach for few shades of blue to paint this hyper detailed mural showing a big fish head in the ocean, with a fleet of boats coming out of it. From Maori Waka canoes painted to the most intricate details, to vintage submarines, the image is a great example of Phlegm’s creativity and ways of connecting parts of real life history with imaginative elements. The big fish head symbolizes the local fishing harbor that used to reach up to where the mural is now standing, and little submarine is influenced by the stories of Japanese one man subs being spotted around the harbor during the war. In order to incorporate this mural in its environment, he painted a thin wash of blue paint over the finished mural and on the ground in front of it, giving it a  feeling of transparency and making it a part of the street it was painted in. 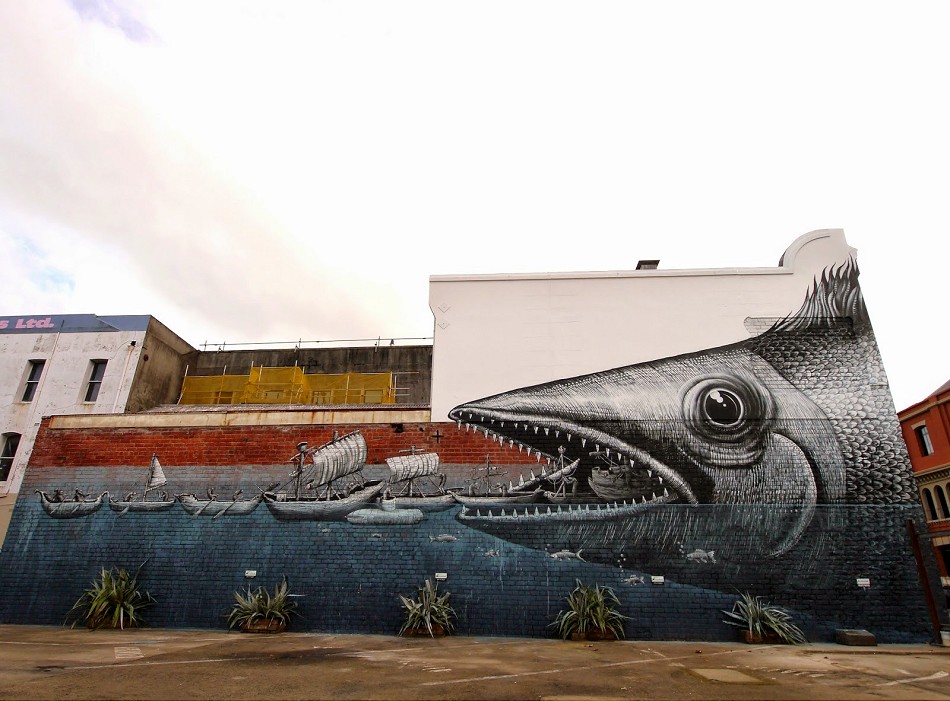 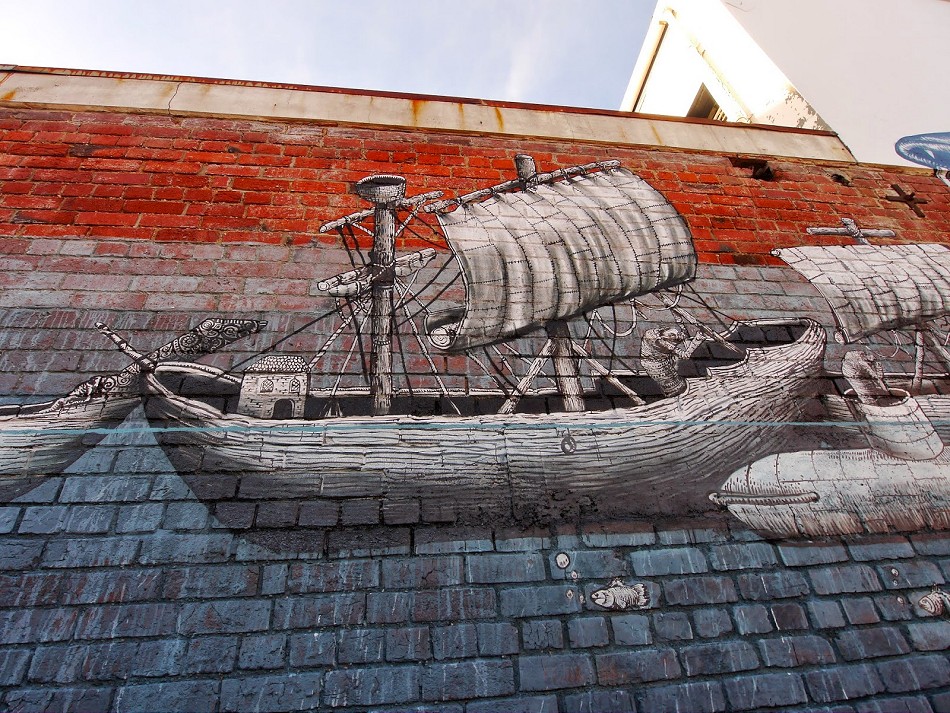 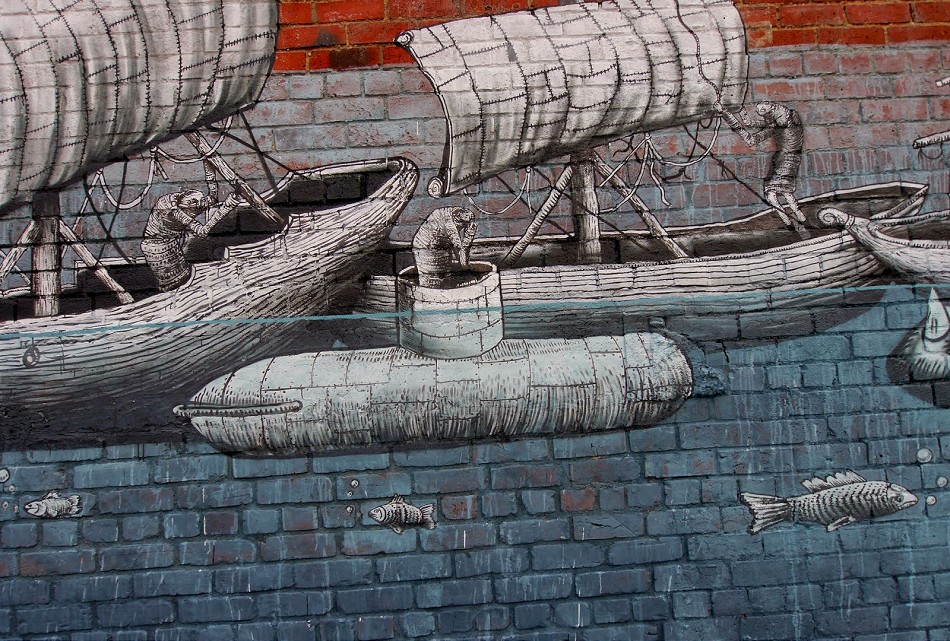 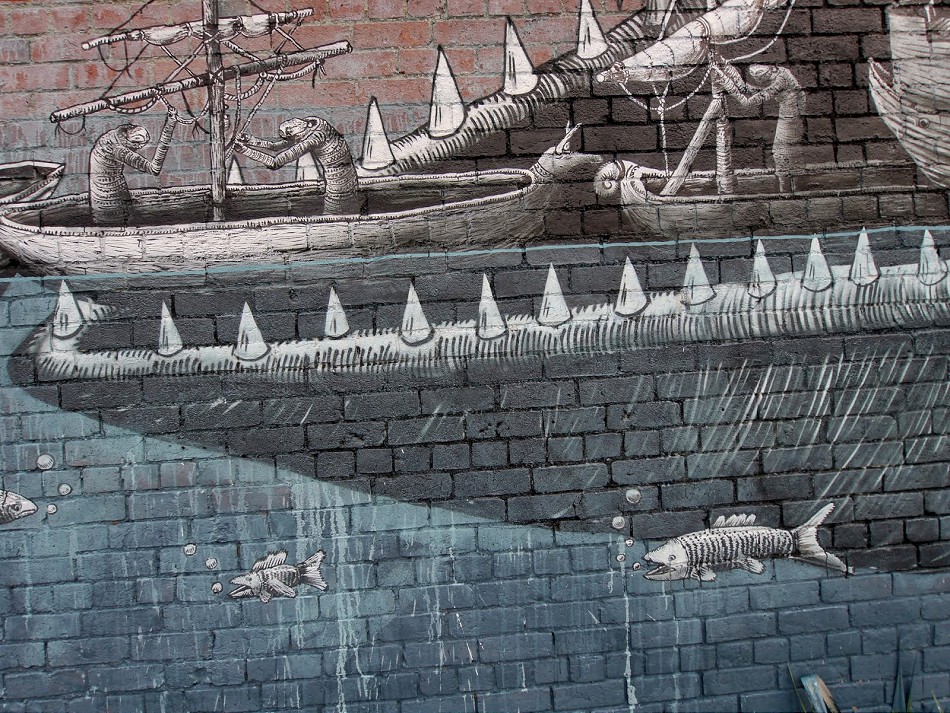 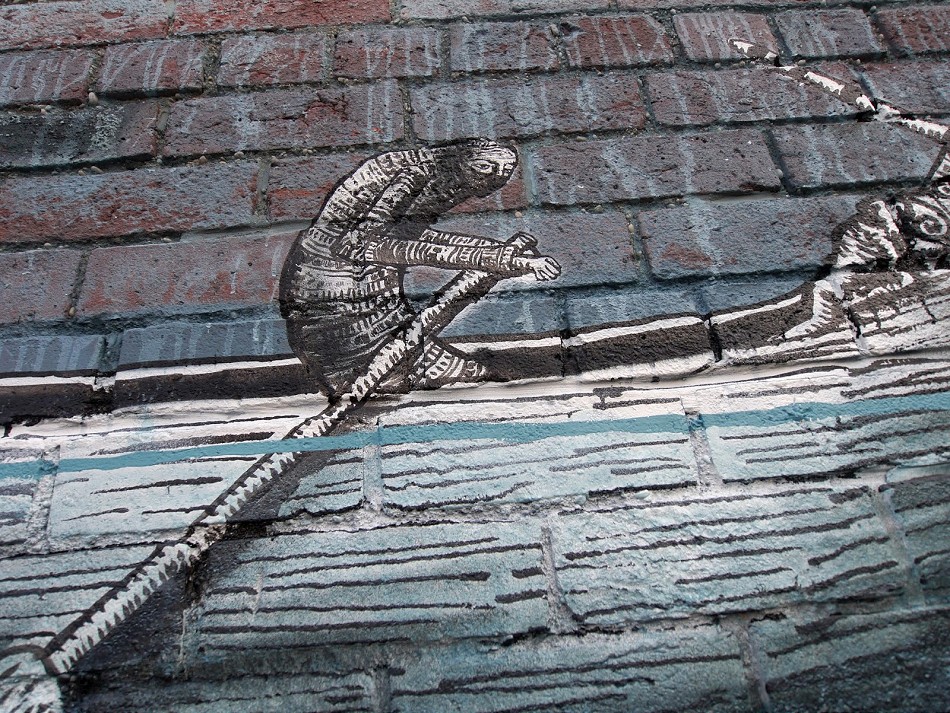