As previously announced, Mexican artist Favio Martinez aka Curiot, opened his first solo show in his hometown of Mexico City at Fifty24Mx Gallery on the 14th of June. Titled La Creacion de Nirak’tuh,this show is probably one of the strongest and most elaborate he has worked on.

In collaboration with the gallery, the artist painted the entire interior of the space, giving his works a much needed accent and adding to the depth and visual appearance of his work. The strong influence of traditional Central American art in his art was emphasized even further by using mixed media and different techniques from painting, to wood carving, knitting and even sculpting to some extent. Curiot used this opportunity well, creating an impressive installation that matched the mural he painted on the outside of the gallery. The overall feel with spotlights and the darker feel of the painted walls gives the works a more mystical, ancient feel. His hybrid “curioli” characters are presented on smaller mixed media, altar-like works, as well as wall paintings, large panels, and finally a huge outdoors mural.

After having his works featured in fairs and group shows in US and Europe accepted extremely well, the young artist further confirmed his position as one of the most prominent Mexican urban artists with this compact exhibition and installation. The show will stay on view until the 3rd of August. 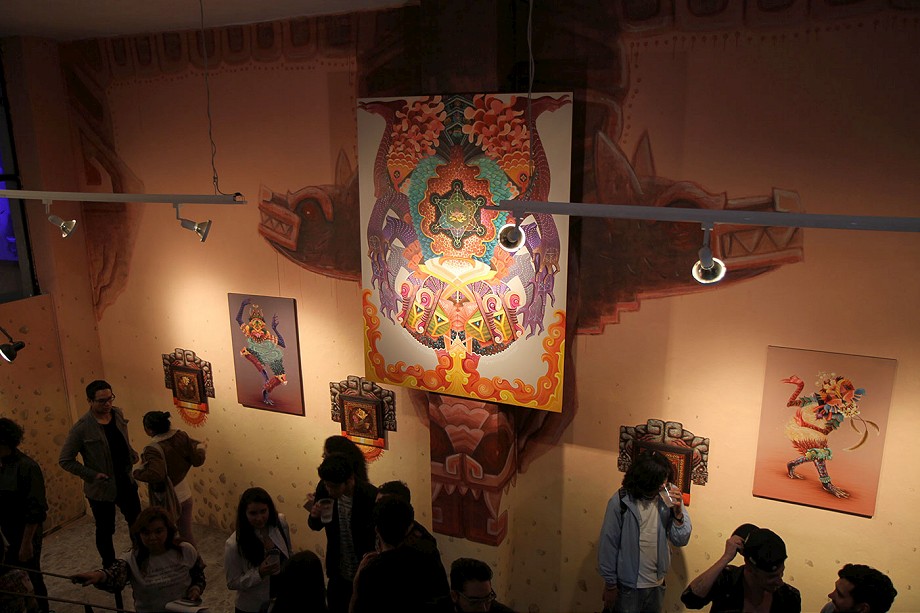 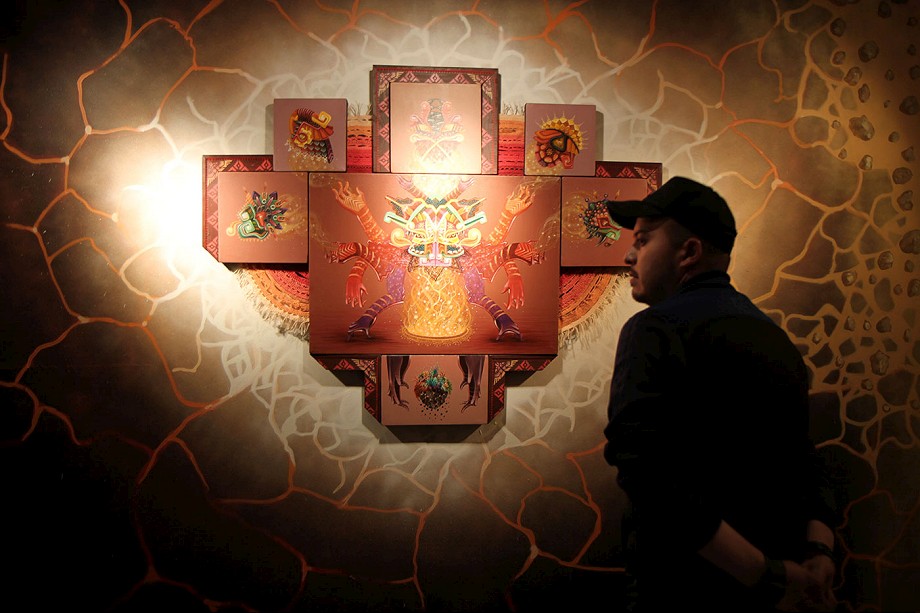 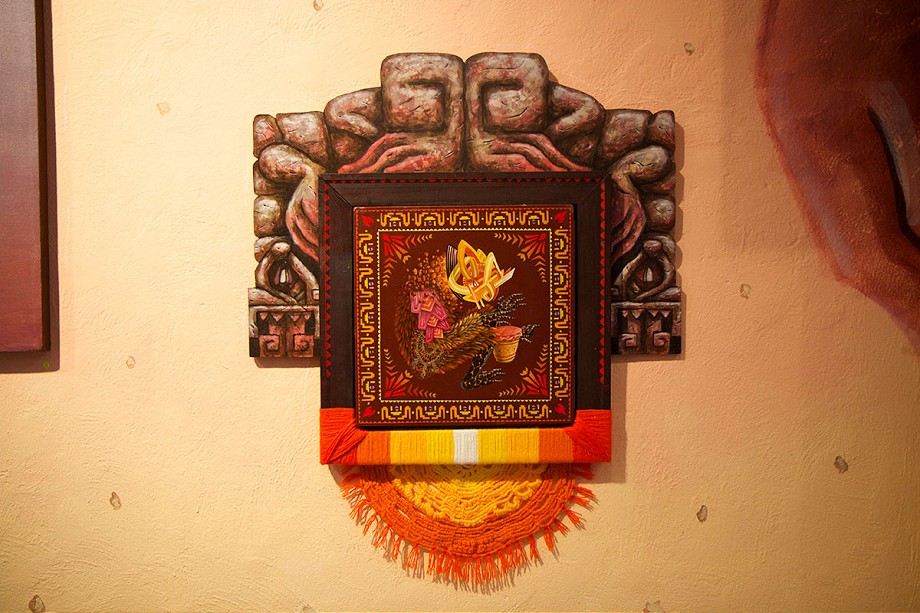 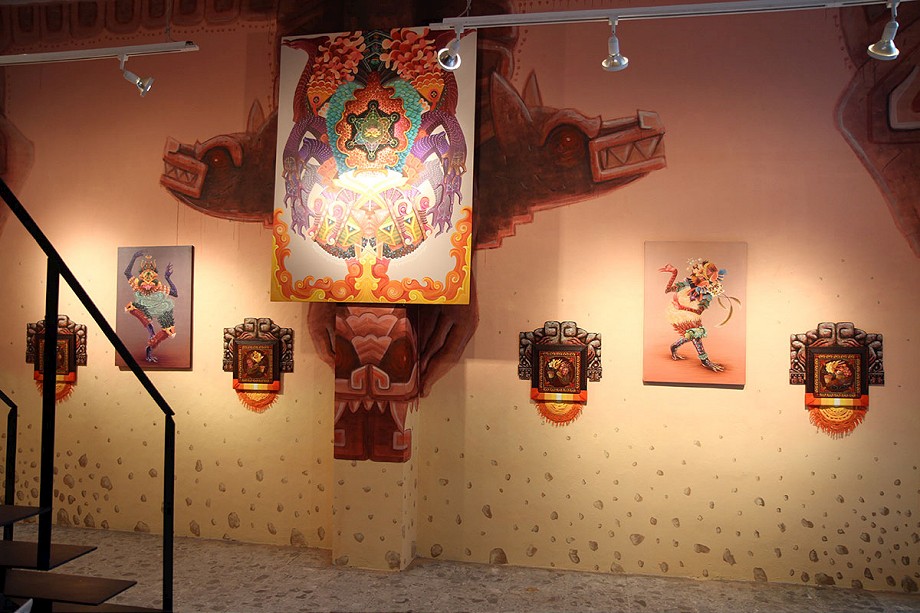 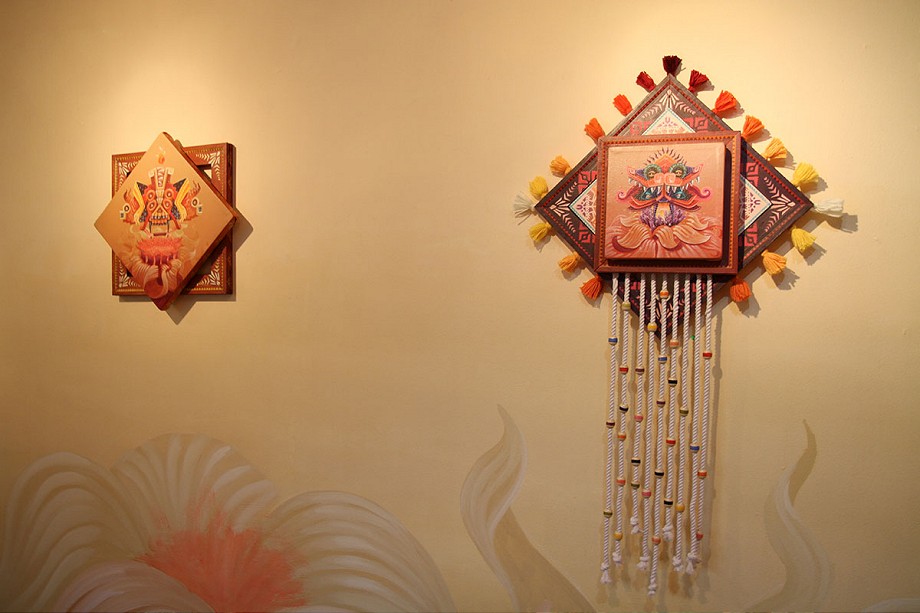 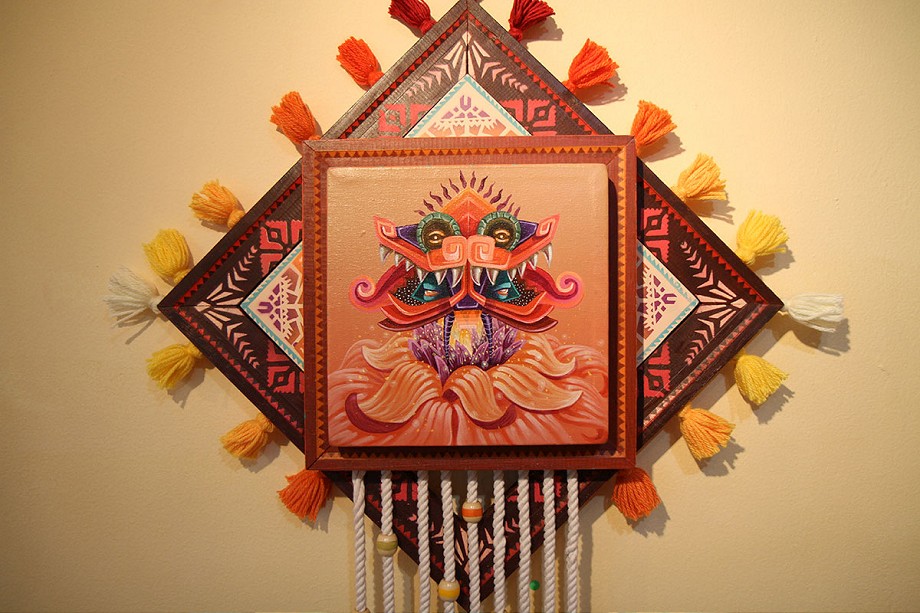 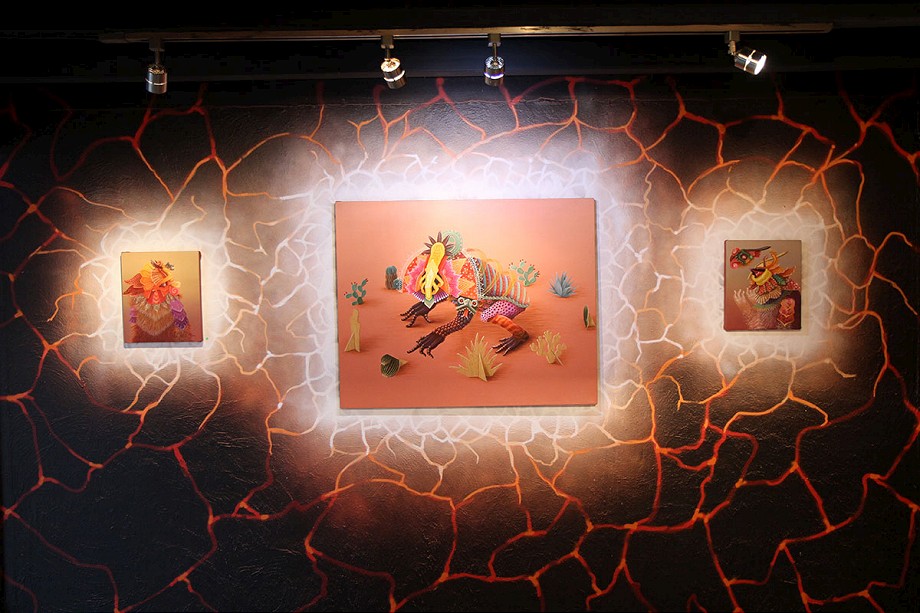 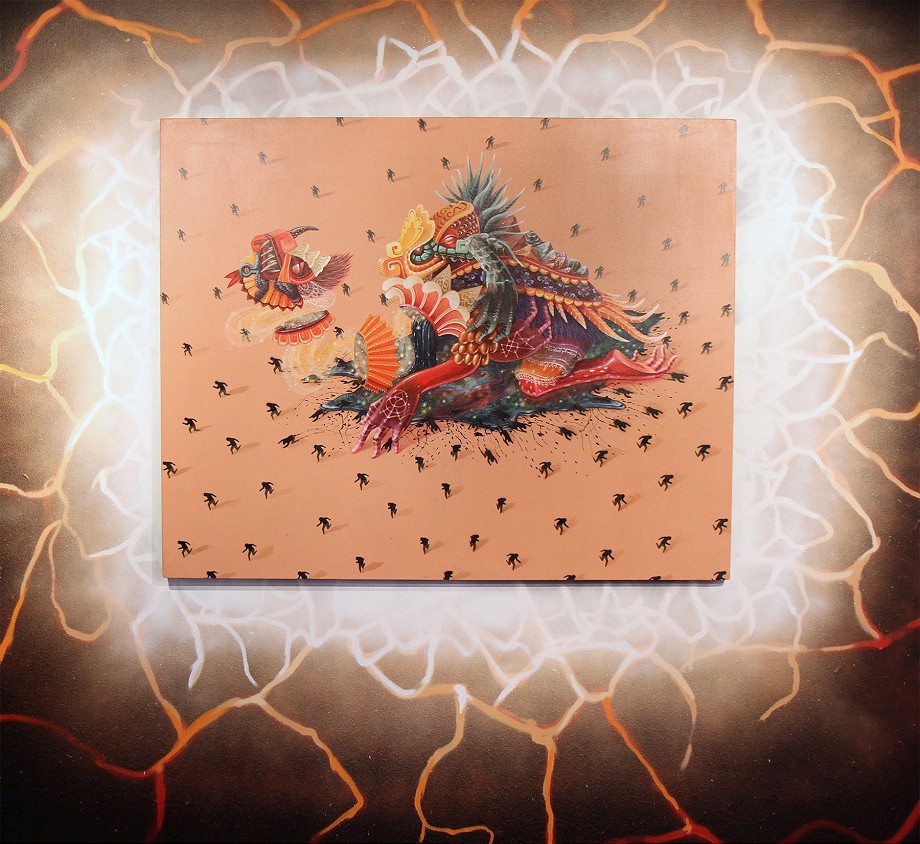