Maya Hayuk is currently in Cologne in Germany, where she is working several interesting projects that will be revealed tonight. She will be opening her new solo show at Die Kunstagentin, as well as revealing a new mural and have an official print release with Arty Farty Gallery as an after party.

Titled Alles Klar, the new show includes the latest creations she has been working on in her studio in NY. with these pieces, she continues painting her symmetrical compositions, generating intricate patterns by using radiant colors, and pushes those concepts further. Moving the axis of symmetry to the side or even outside canvases, the new works are feeling more expressive and even more dynamic. Thick layers of paint and brush strokes give her vivid work the needed feel of imperfection, so while in their core geometrical and precise, her textured work feels very human and lively. Along with her signature woven works, the Brooklyn-based artist delved into more abstraction, using the vibrancy of her color palette, further evoking the neon rave culture with her creations.

After the opening of the exhibition, the party is moving to the Arty Farty Gallery where her new indoor mural will be revealed, limited screen print edition will be released, and short documentary Chemical Trails (New York, 2014), will be premiered. The film is created by Landry, a photographer and filmmaker from Barcelona, who was documenting Maya Hayuk’s painting of a mural on the famous New York Houston & Bowery Wall earlier this year (covered). 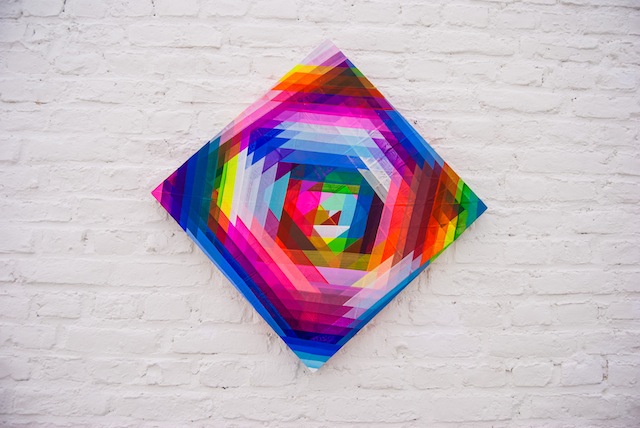 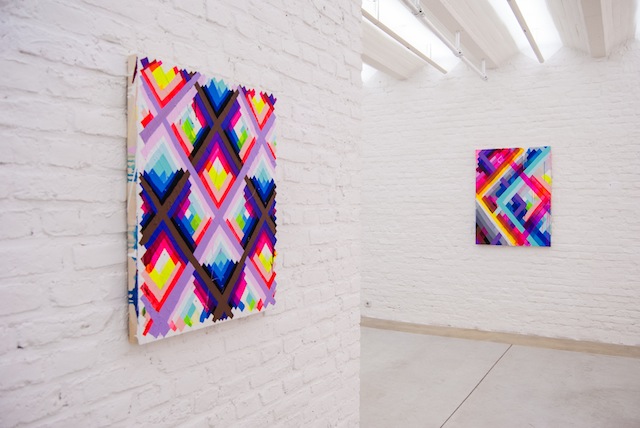 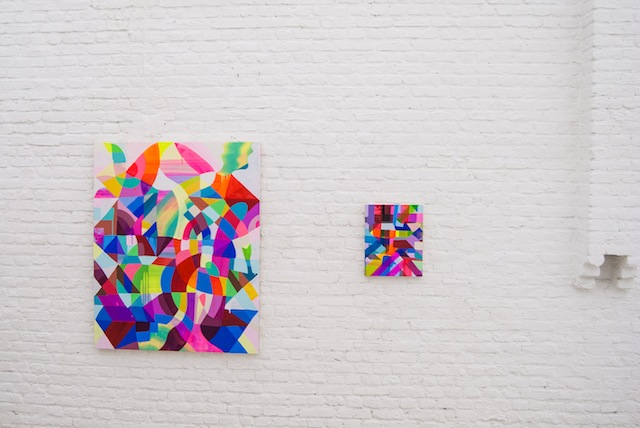 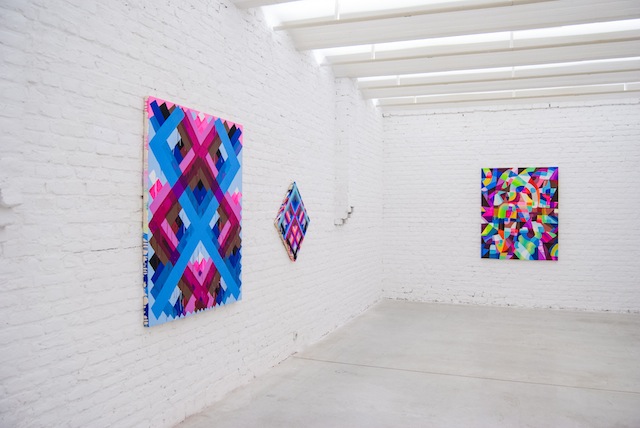 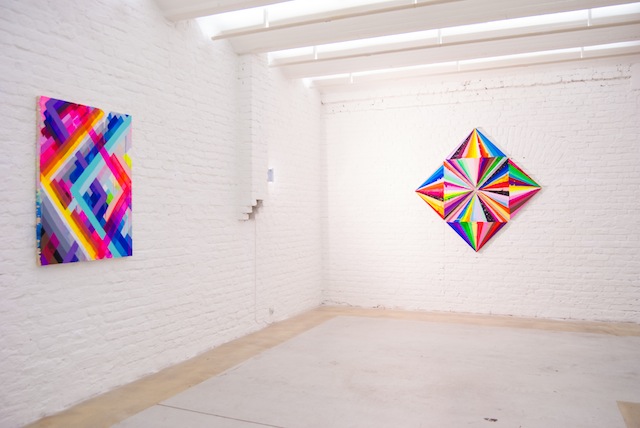