German art duo, Herakut, recently opened their solo show Flaw Circus at Ruttkowski;68 Gallery in Cologne, on the 29th of August. Only a few months after working on projects in Syria and North Jordan, Hera and Akut put together a show that speaks to the social & political issues around the globe and the way they’ve experienced them.

Influenced by graffiti and street art culture, their visual language is a emotive mixture of everything from text and handwriting, expressive sketch-like elements, surrealist scenery and characters, to almost photo realistic details. This mixture of styles results in rich works that can be enjoyed and read on many levels. With Flaw Circus, the duo created a complex installation which just like each of the artworks individually, shows the beauty, the chaos, the injustice and even the horror of the modern world. Presenting both new works on paper, canvas, and sculptural works, this coherent body of work is a deep overview of Herakut’s “most conscious outlooks on the world based on the experiences they have accumulated.”

The show will stay on view until the 28th of October, so check it out in person if you have the opportunity. 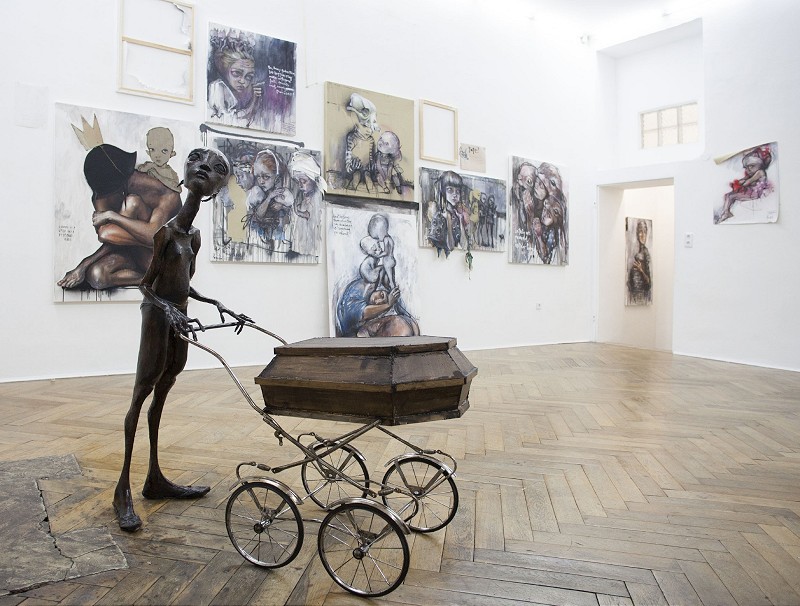 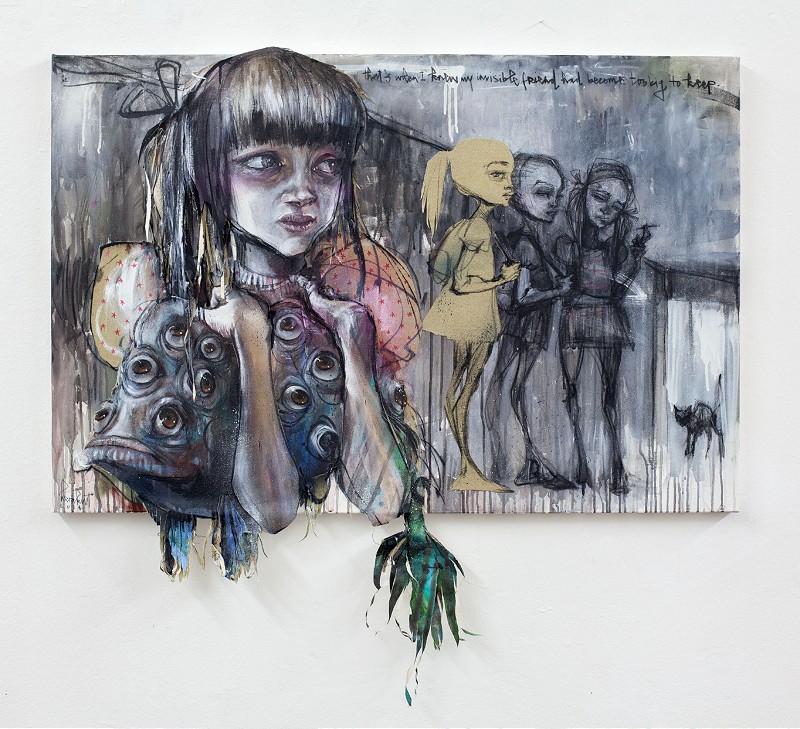 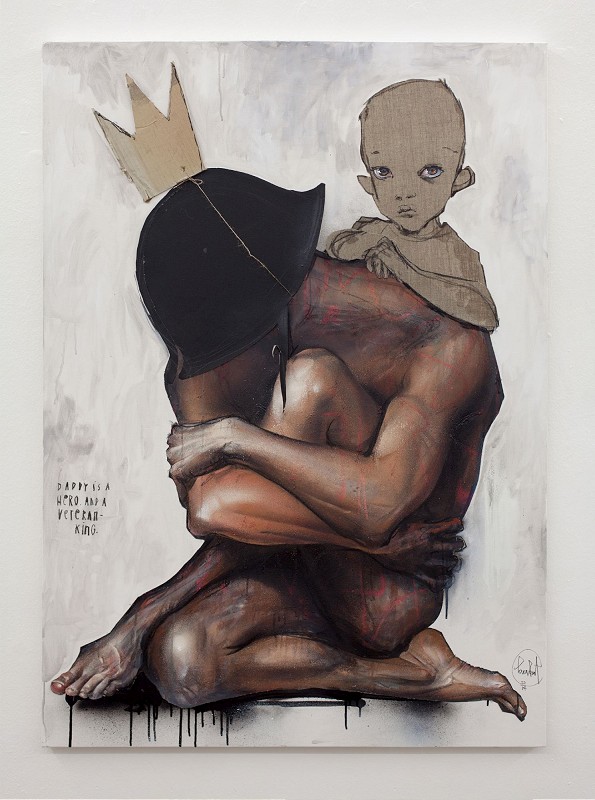 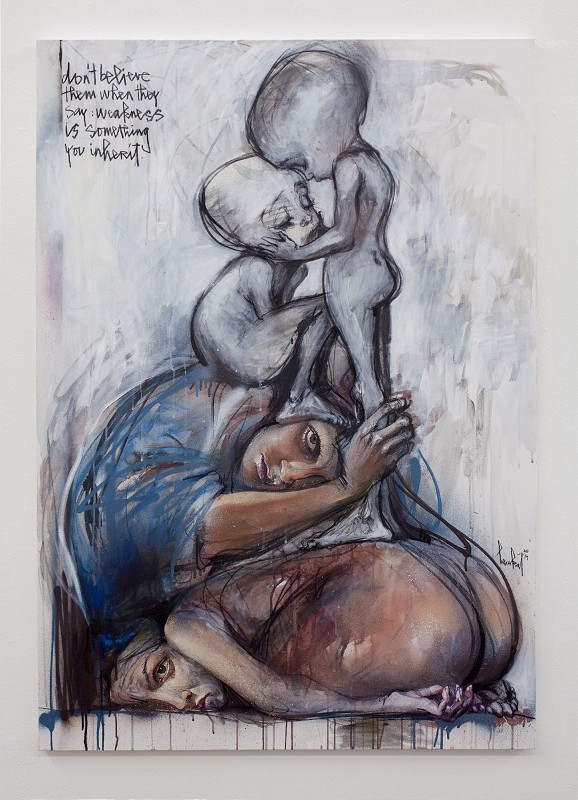 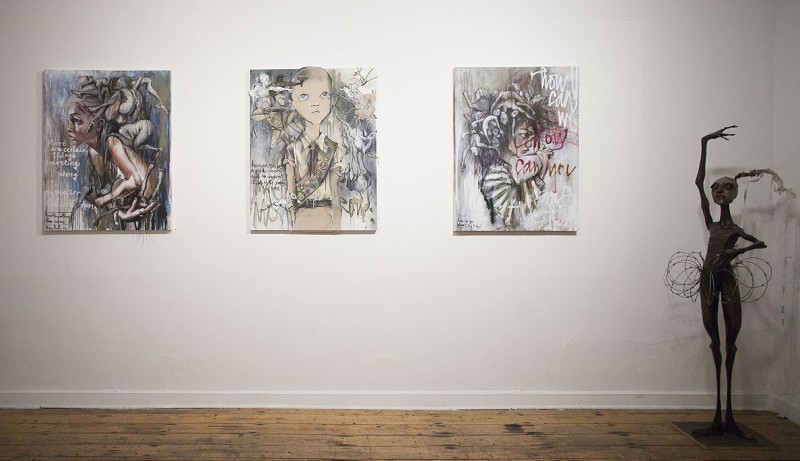 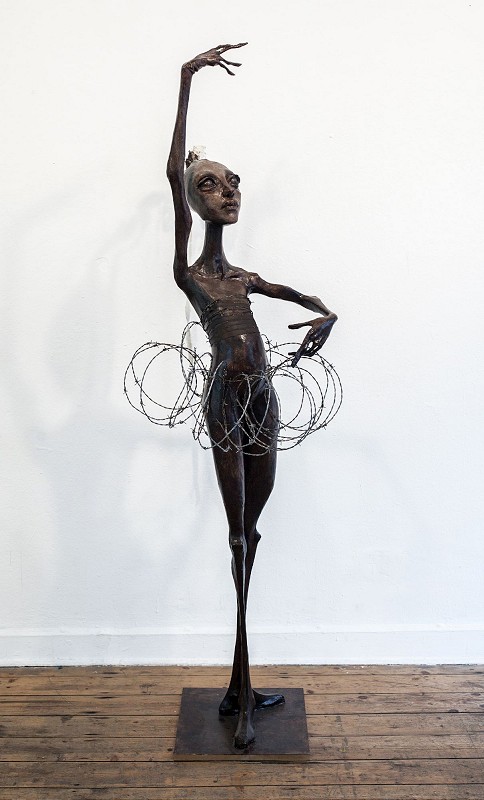 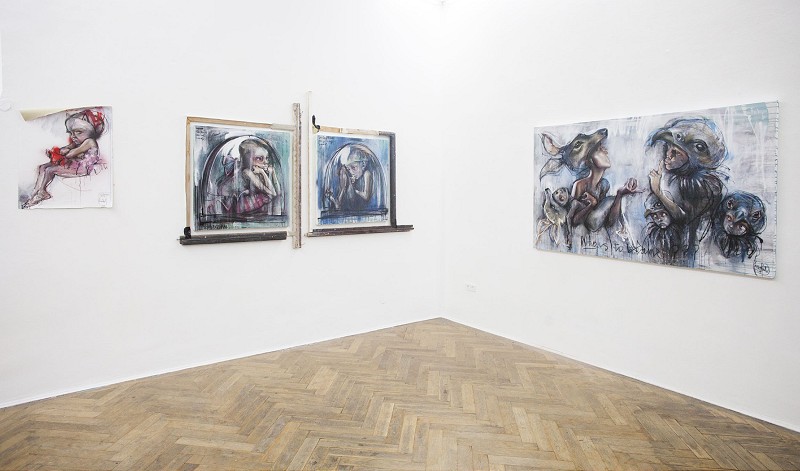 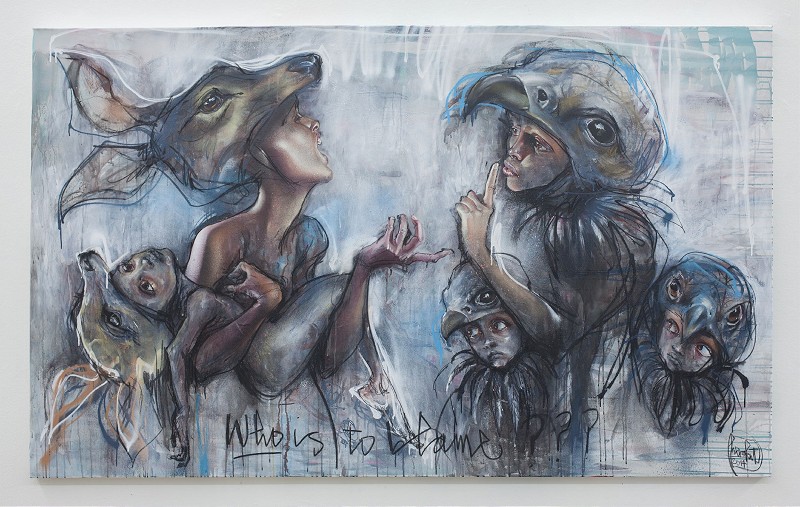