Moniker Projects and Create teamed up a couple of months ago for Living Walls, a public arts programme for Queen Elizabeth Olympic Park in London. The main idea behind this complex project was to create and cover aprox 2.5 km of the fence around the park with world class street art and installations. After their first part of the undertaking titled Your Ad Here, which was completed at the end of April 2014, the team continued by commissioning four artists to created their take on this unique and unusual canvas.

Tapestry by David Shillinglaw (seen above) is a 385 metre mural inspired by the Bayeux Tapestry, and it represents the process of change in the local area as told through the eyes of the locals. With bright colors and a maze of messages, symbols and drawings, this colorful mural brought to life stories from the surrounding community.

Uphoarding by Mark McClure focuses on the growing significance of sustainability, up-cycling and re-cycling in the modern world. In his 210 metre long artwork, the artist incorporated 10 original ‘beacon’ pieces – a series of original vertical sculptures which have been fabricated with locally sourced materials from Queen Elizabeth Olympic Parka nd discarded film sets from Sugar Mill Studios.

Meet Me In The City by artist Jo Peel is a 200-metre mural that showcases and represents the surrounding environment of the park, seen through the eyes of the artist. A 30-metre section of the mural has been used for an impressive stop motion animation that tells a story of changing landscape and how it affects people’s lives. After working for 2 months on this 3 minute movie, the current mural is still shows the elements of this process as a proof and reminder of its complexity.

The Review, a 400-metre long mural by Ben Eine is the largest piece by a single artist at this project. The UK-based artist involved with took the inspiration from the Victoria & Albert Museum and the proposed plans for a new cultural quarter at the Queen Elizabeth Olympic Park. His enormous mural features trademark font depicting a continuous line of adjectives, reminding of passerby’s of his legendary shutter pieces around Shoreditch. 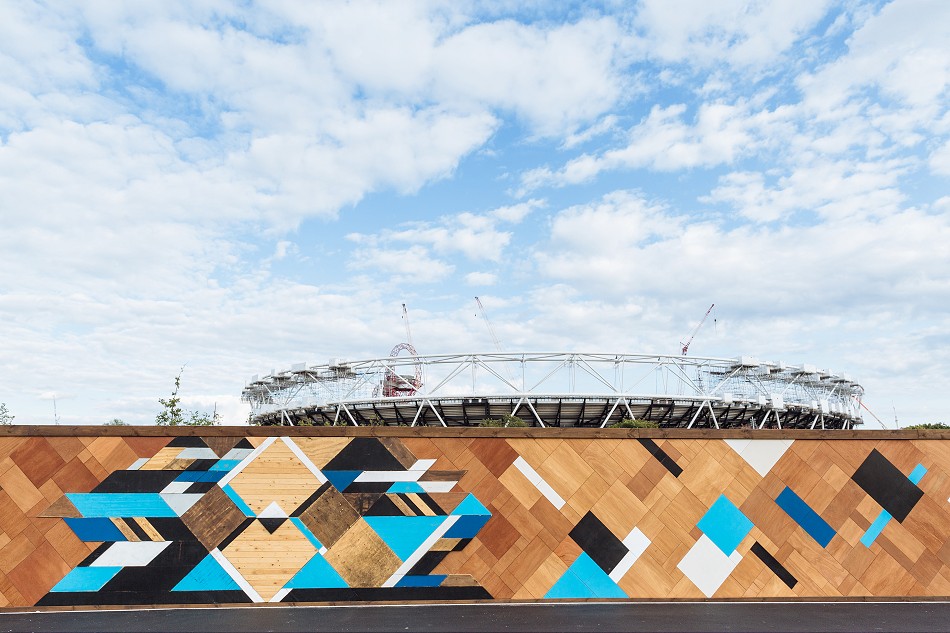 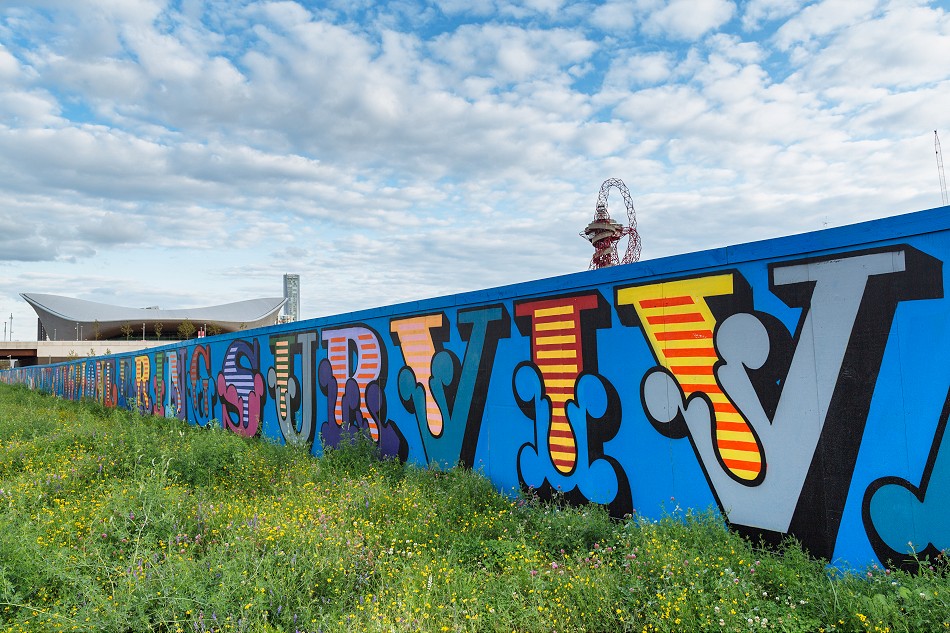 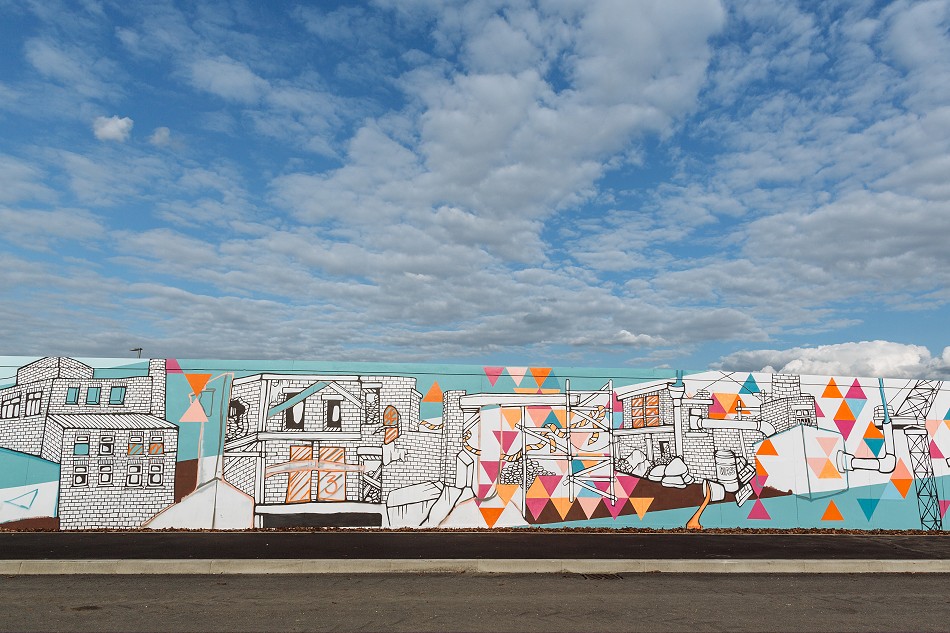