One of the legends of the early street art movement, Above (interviewed), is currently in Detroit, almost at the end of his two months residency with Inner State Gallery. The photos we just received show some game changing new works he’s been creating for his solo show Remix, opening on the 21st of November in the Motor City. Due to his strong engagement with street work and busy travel schedule, this will be his first US solo show in the last five years.

After 15+ years of creating public art in 100+ cities and 60+ different countries across the globe, the American artist came up with a clever concept that will include both his signature arrow symbols as well as numerous screens and imagery used in his works worldwide. Being a prolific artist that has worked with numerous mediums from classic spray painting to video installations, Above took advantage of his skills and experiences when working on this new exhibition. Changing the feel of his work but staying true to his signature elements and imagery, the California-born artist is comparing this new body of work to DJs mixing songs together – “my intention for Remix is to take the straight structure of the arrow and remix it with curvaceous wood cuts and contrasting color combinations, all while maintaining the uniformed integrity of the line.” The connection with music can be noticed through these round, vinyl reminiscent pieces, but what stands out on these preview photos is the level of his craftsmanship and the high quality feel of the finished pieces. 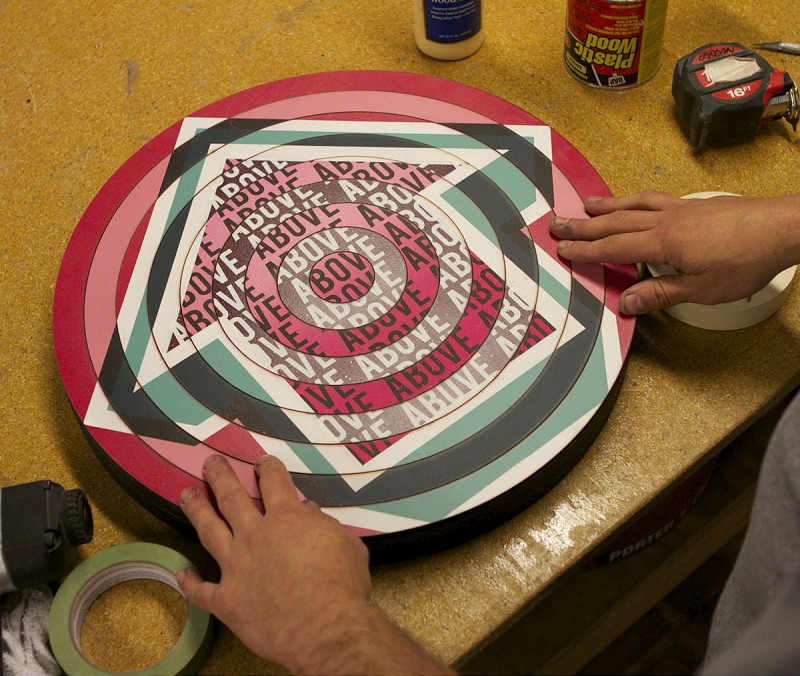 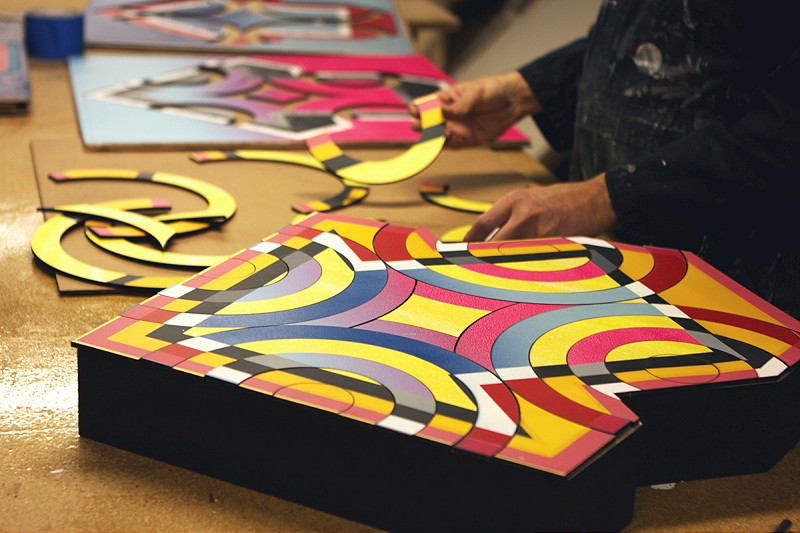 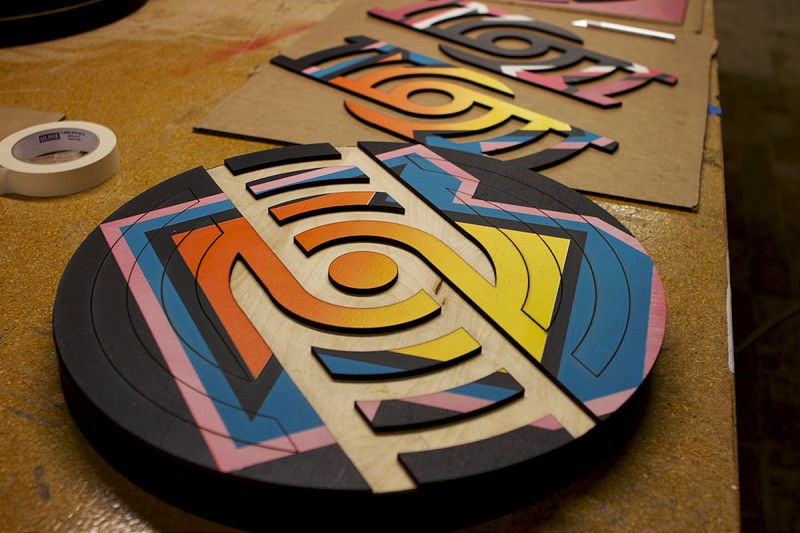 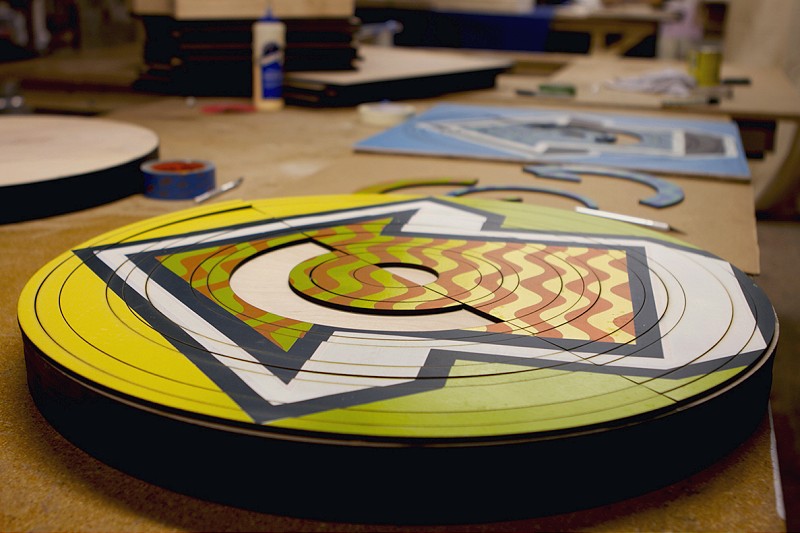 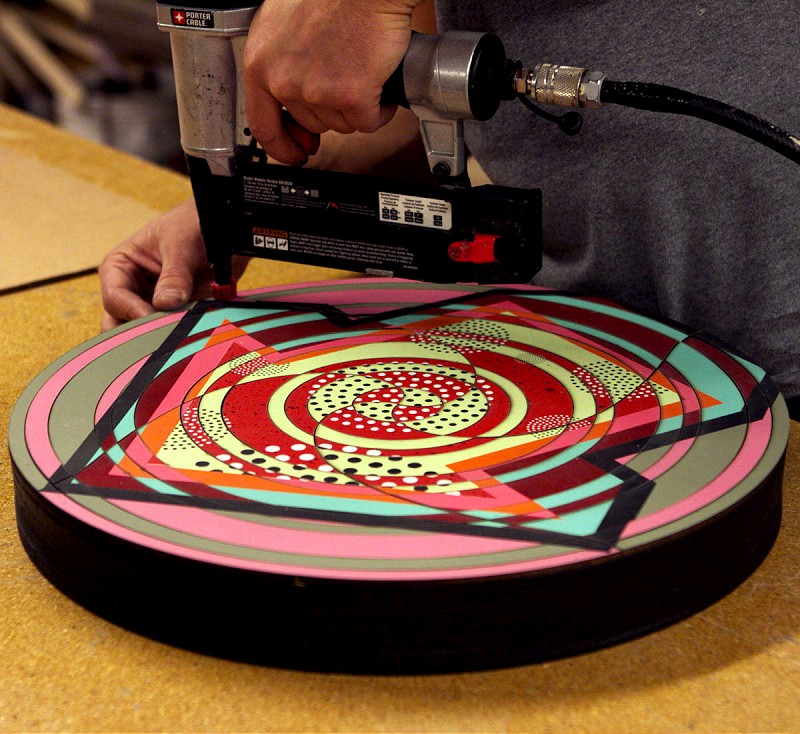 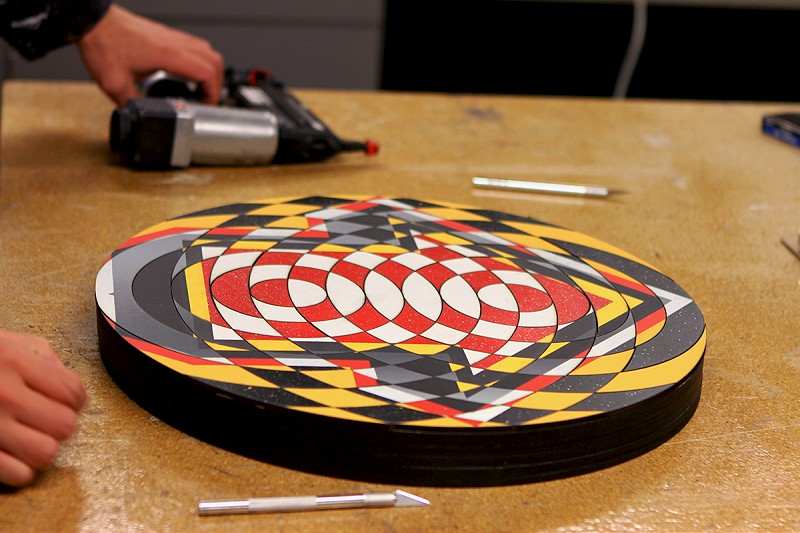 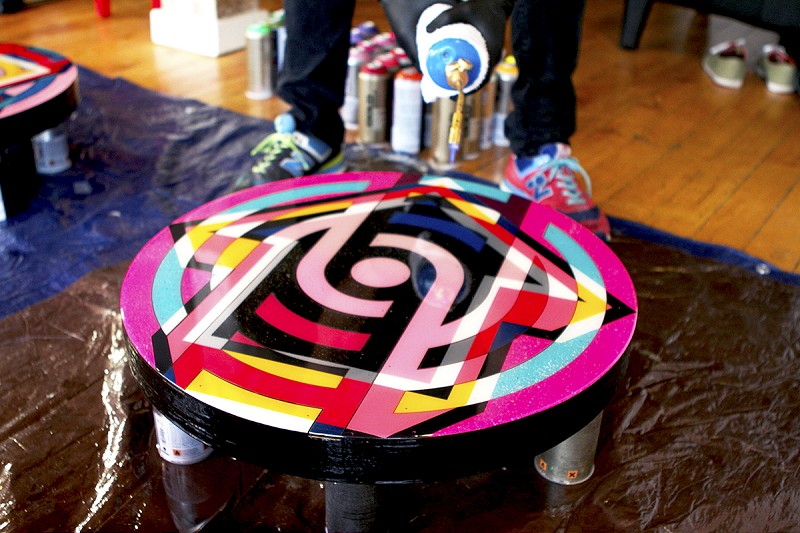 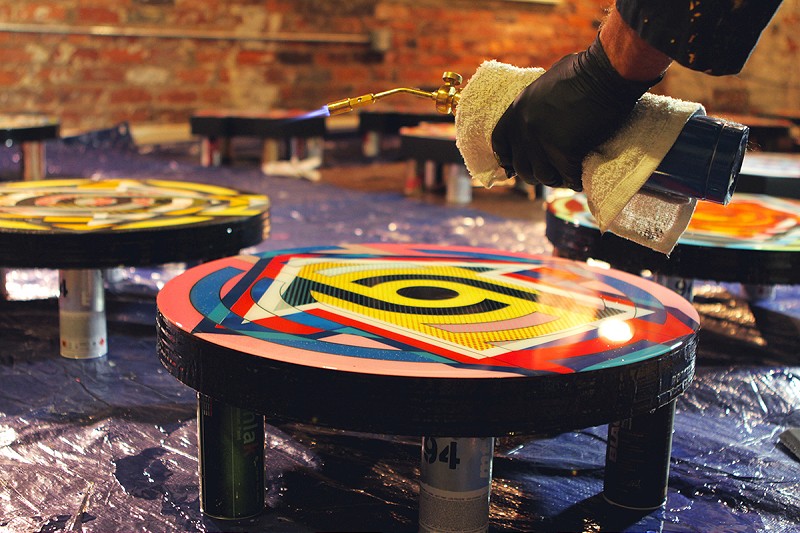