Reka recently spent two weeks in Washington, D.C. creating murals for  Art Whino Gallery’s new project. Thhe first one he created was this striking piece seen above at L’enfant Plaza, showing two female figures with something that appears like masks over their faces. Constructed with his signature style of abstract shapes that assemble together in recognizable forms, it is another example of the Australian artist’s skills when it comes to creating crisp sharp line work and combining complementing colors.

Along with this piece, the Berlin-based artist collaborated with Polish artist Nawer, who’s known for his abstract creations. The duo created a mini series of smaller murals, showing three insects designed by Reka, with Nawer’s work inside. The clash of organic, curved shapes of the creatures, against strict geometrical shapes built with lines and almost architectural looking forms, resulted in these futuristic, machine looking pieces. In order to emphasize the collaborative element of the work, they produced a bit of a transformation timeline with the image is on the right being completely Nawer’s, the middle one being a clean collaboration, and finally the one of the left being primarily Reka’s work. 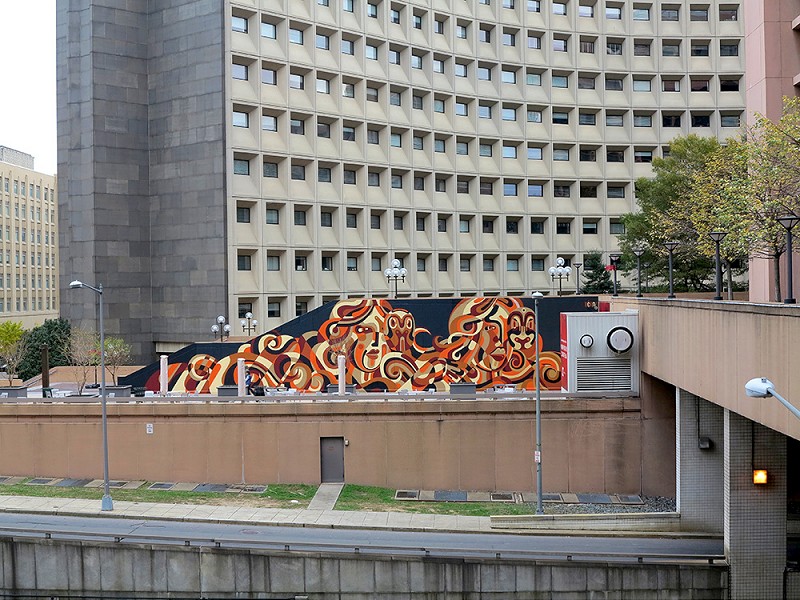 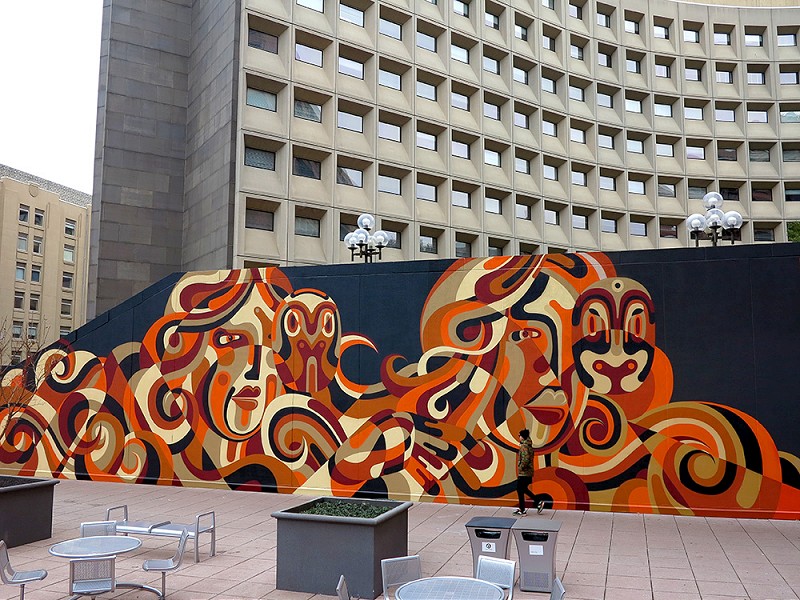 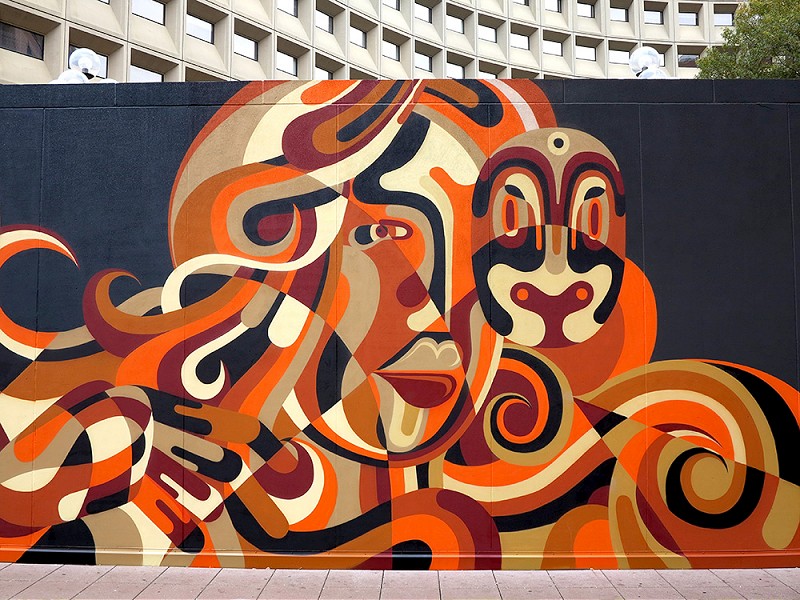 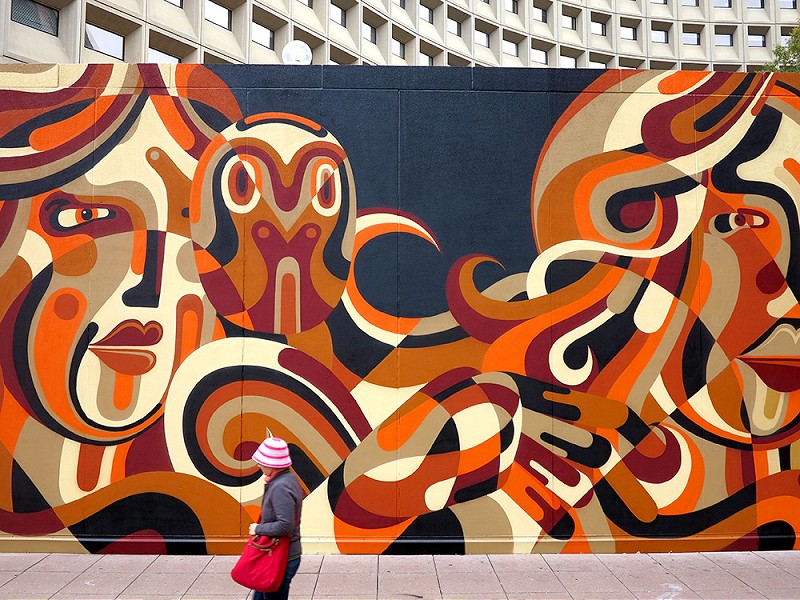 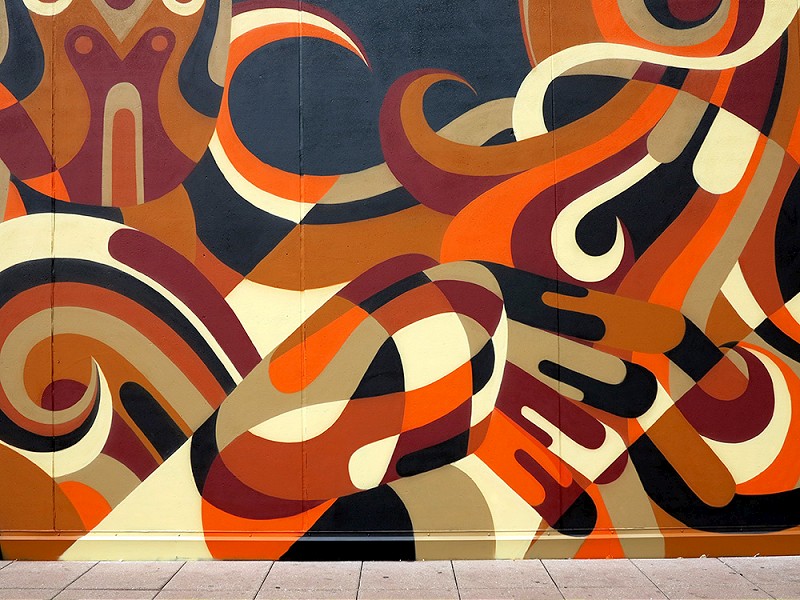 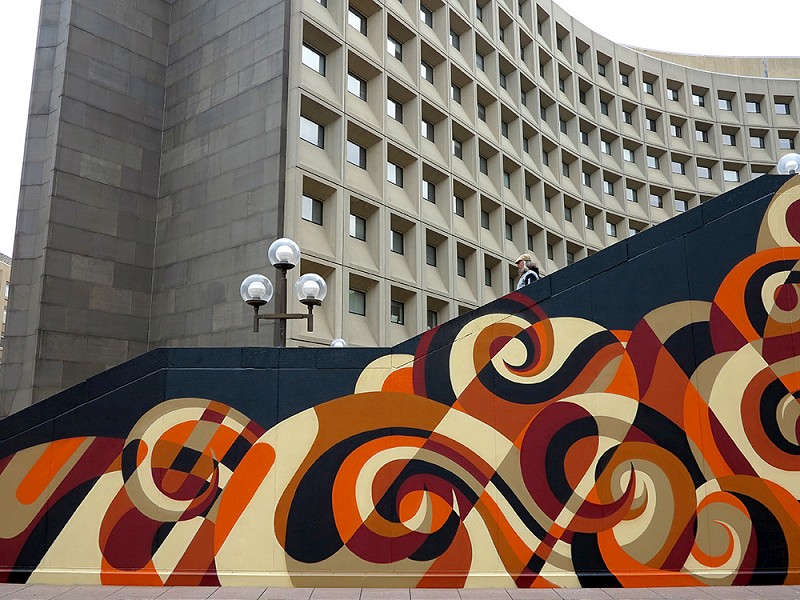 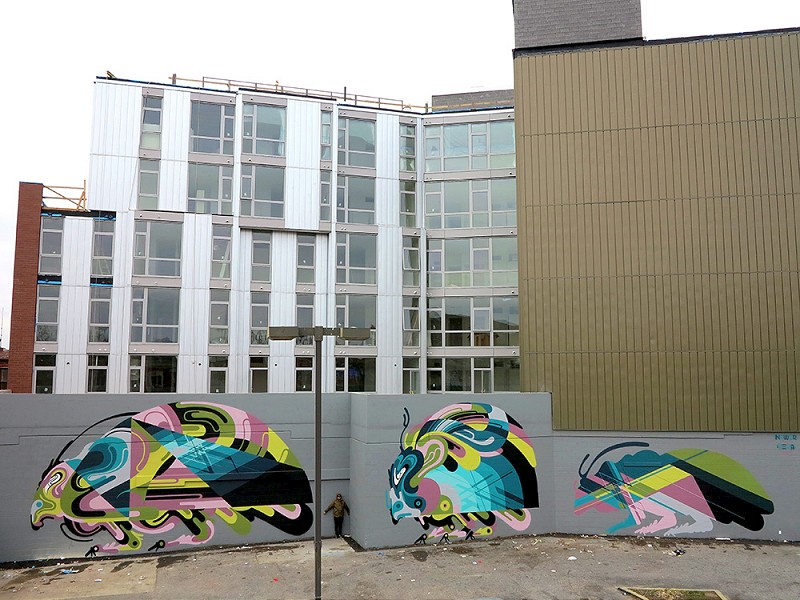 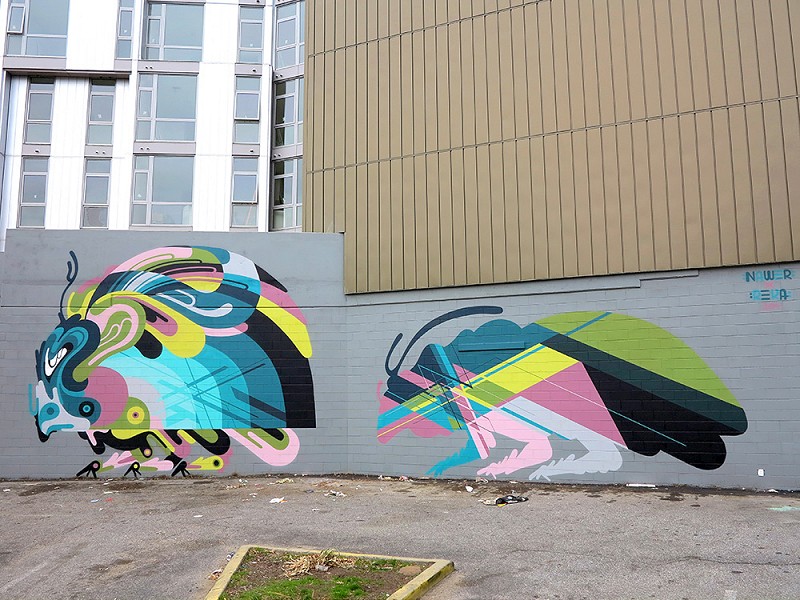