After the first appearance of Luke Chueh’s (featured) sculptural version of his classic Jacked painting from 2005 at one of his shows in 2013 (covered), fans have been wondering when some limited edition iterations would be released. Well, the time is now with preorders open for Jack, a 22 x 13″ cast resin figure in beautiful gloss white with silver chrome antlers. Produced in a run of 10 and priced at $2000 from Pretty in Plastic, it is now available here for collectors who are interested. 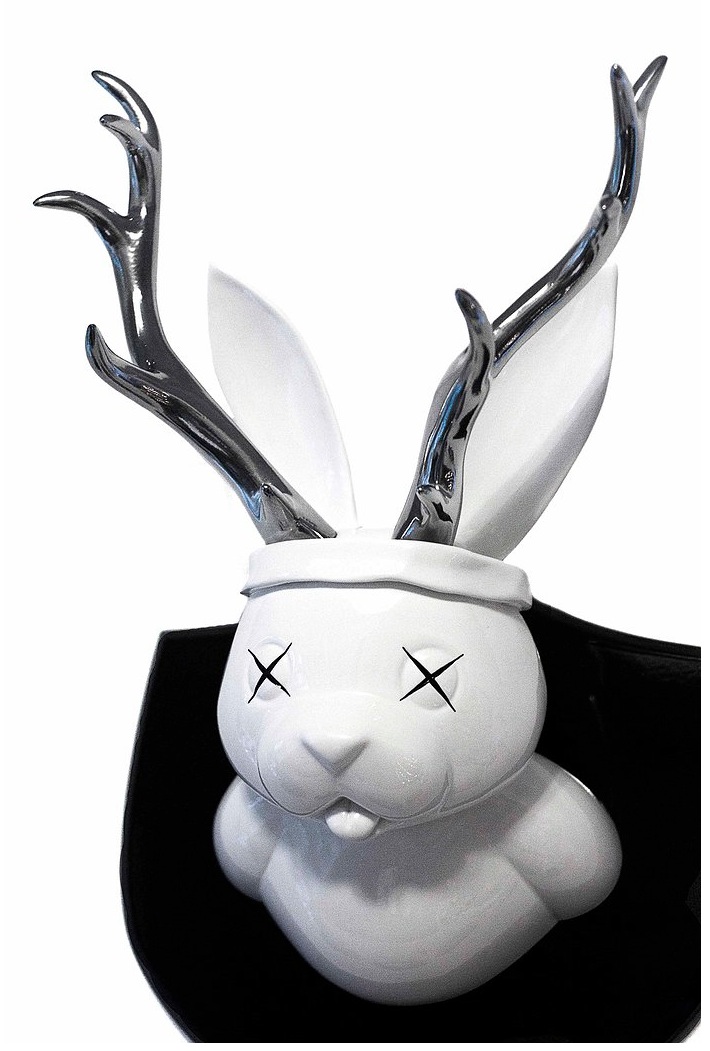 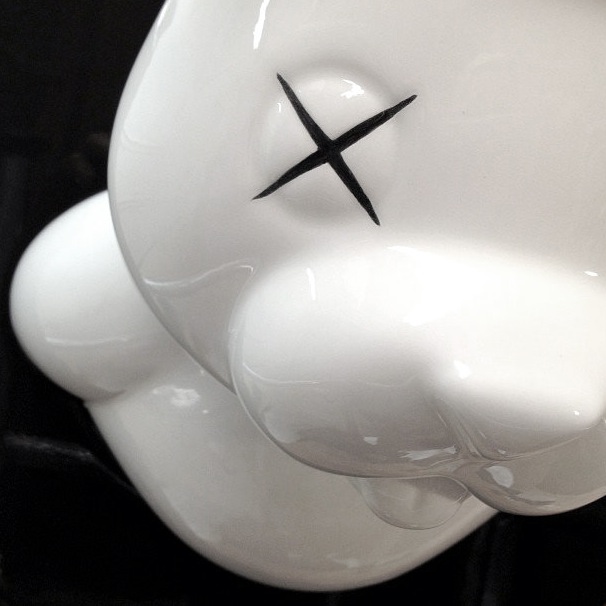 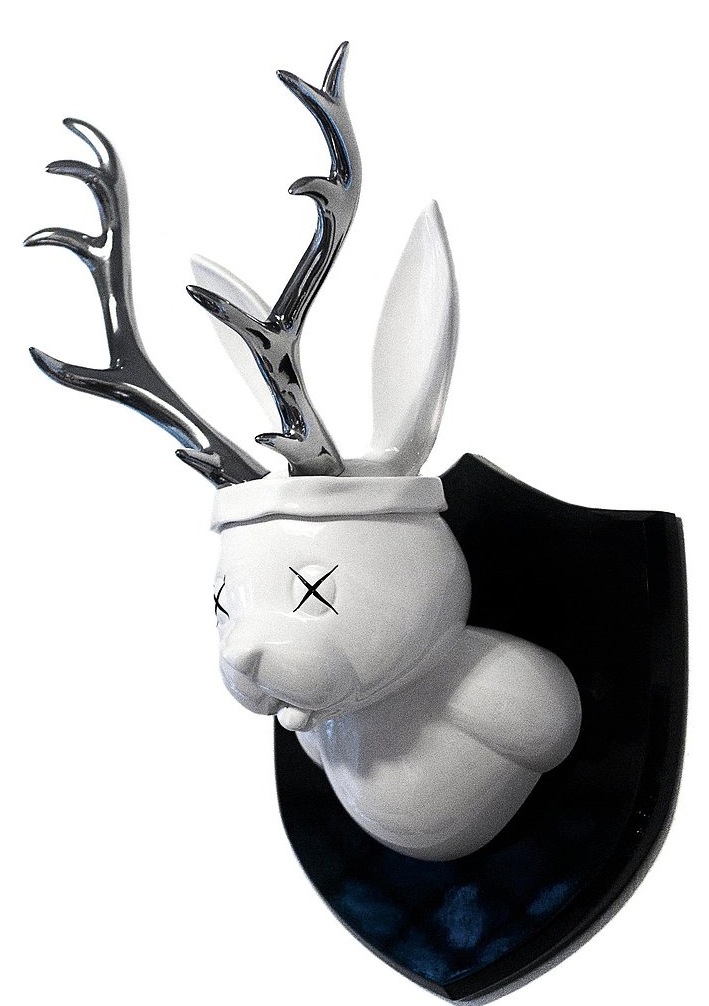 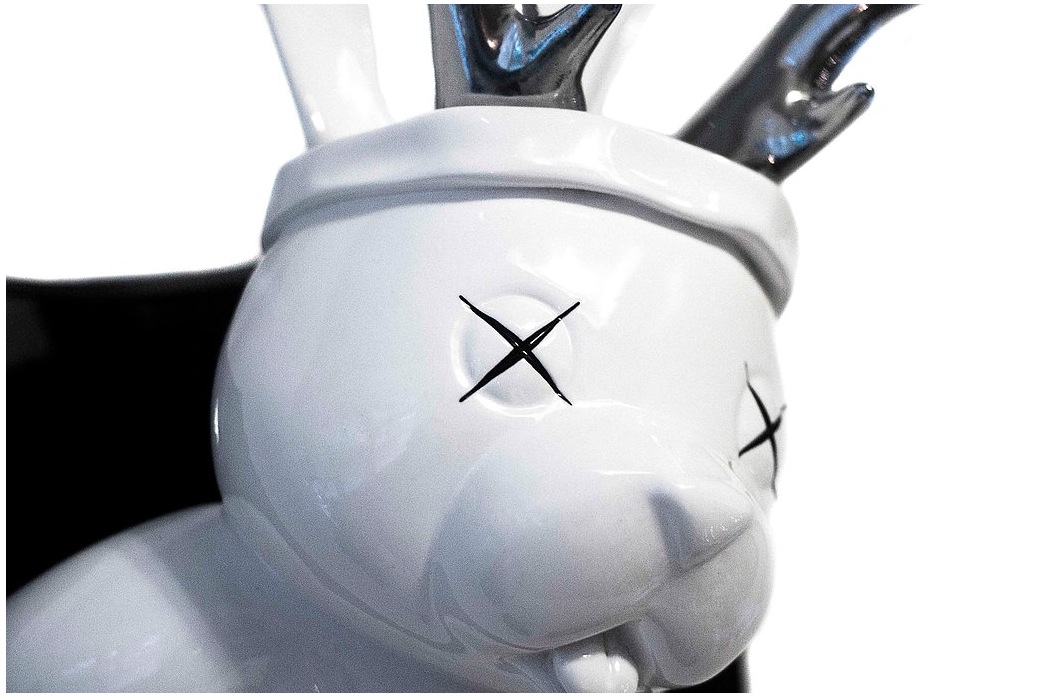