Gallery D406 in Modena, Italy, opened a two man show by 2501 and Francesco Igory Deiana on November 22nd titled Involving Doubts. While sharing similar ideas, concepts and even elements of their visual languages, their abstract works are significantly different. It’s these similarities however that make their pieces work so well together, and it’s these crucial differences that make their styles complement each other.

Both artist mostly work with black paint, have a strong focus on the line work and use just one other bright color that emphasizes the contrast. In 2501’s work, the lines are organic, often following the same flow, and are often emphasized with the use of shiny golden pigments. On other hand, the San Francisco-based Francesco Igory Deiana paints with straight hairline thin lines that come together to create his geo based objects and imagery, and the one color he juxtapozes with the dominant black is almost always florescent red or orange. He also creates smoke or cloud like smudges that visually infest the surfaces he is working on.

Having the chance to work and exhibit for the first time together, the Italian-born artists used this opportunity to mix their styles and techniques while producing a large sculptural piece that dominates the gallery space. The structure looks like a futuristic monolith, built of some unearthly material that reminds viewers of marble, but with a much more peculiar and complex grain. From here on, the elements of that “grain” are visible in individual works presented through the gallery – from 2501’s beautiful ceramic pieces to Igory Deiana’s bleached photo paper works. 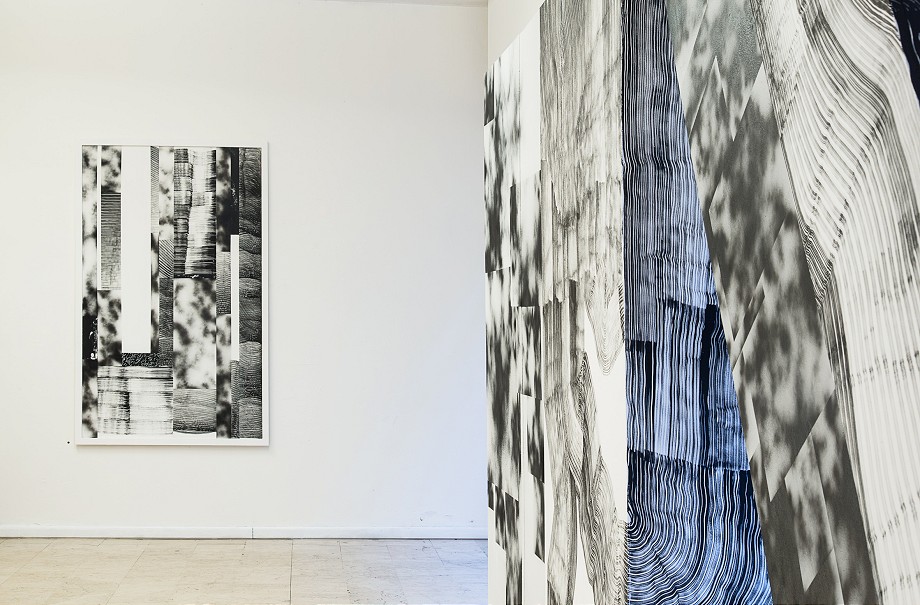 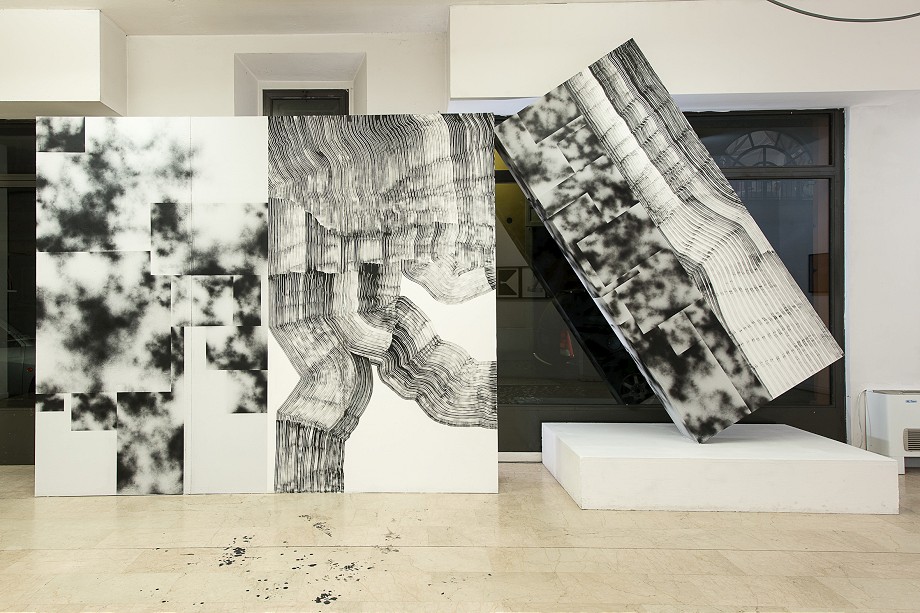 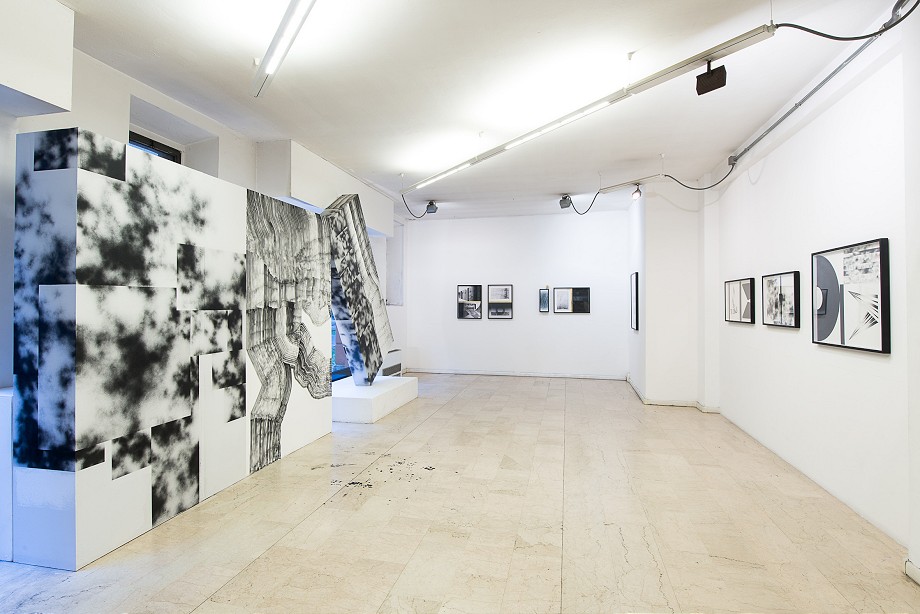 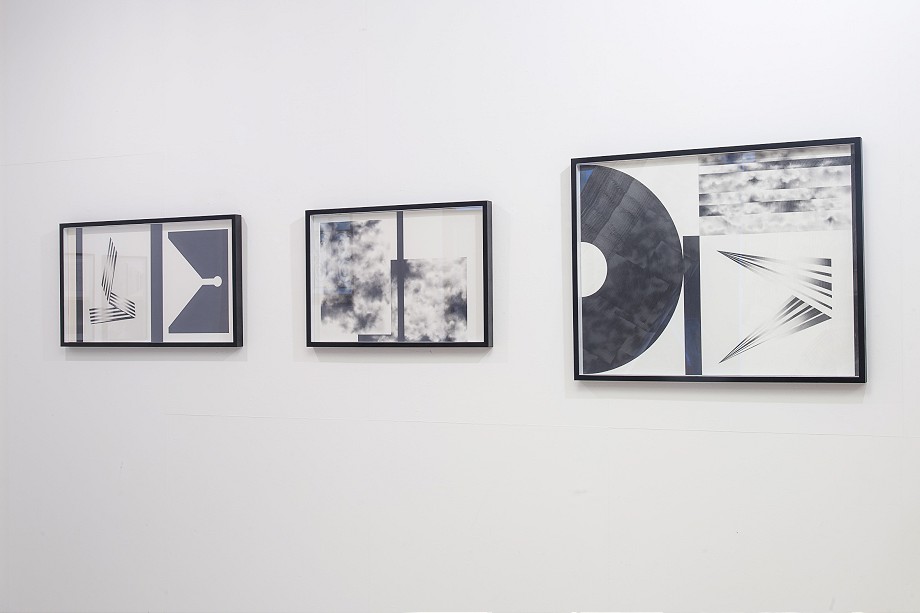 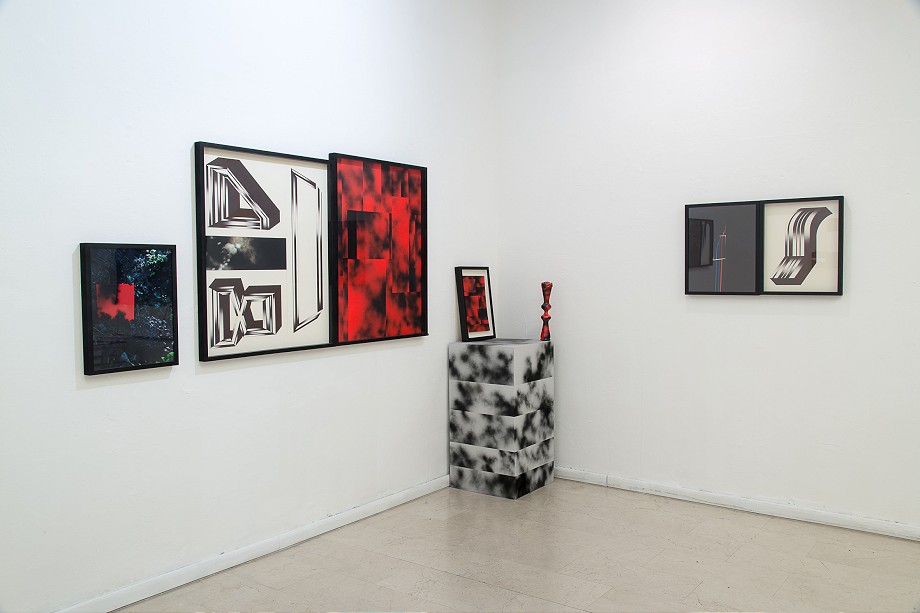 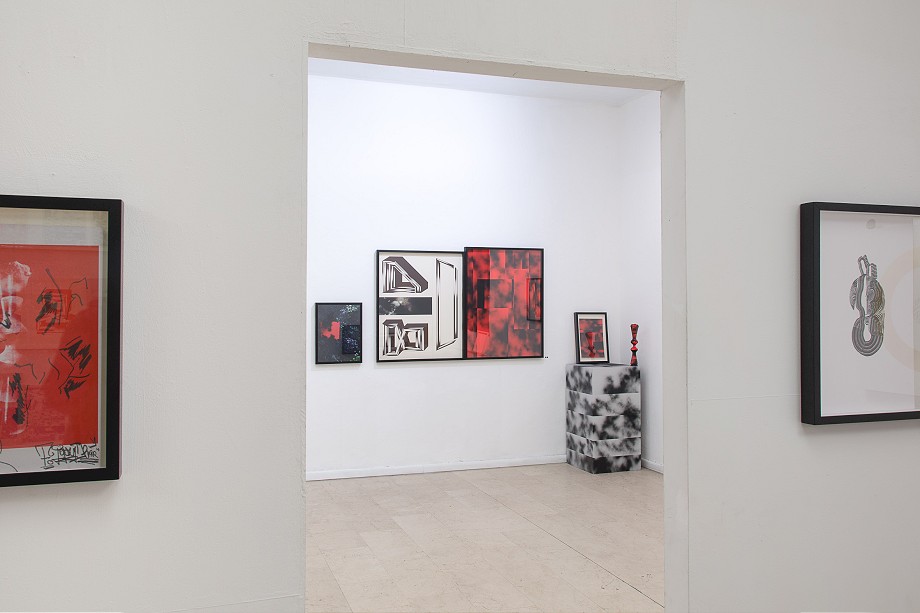 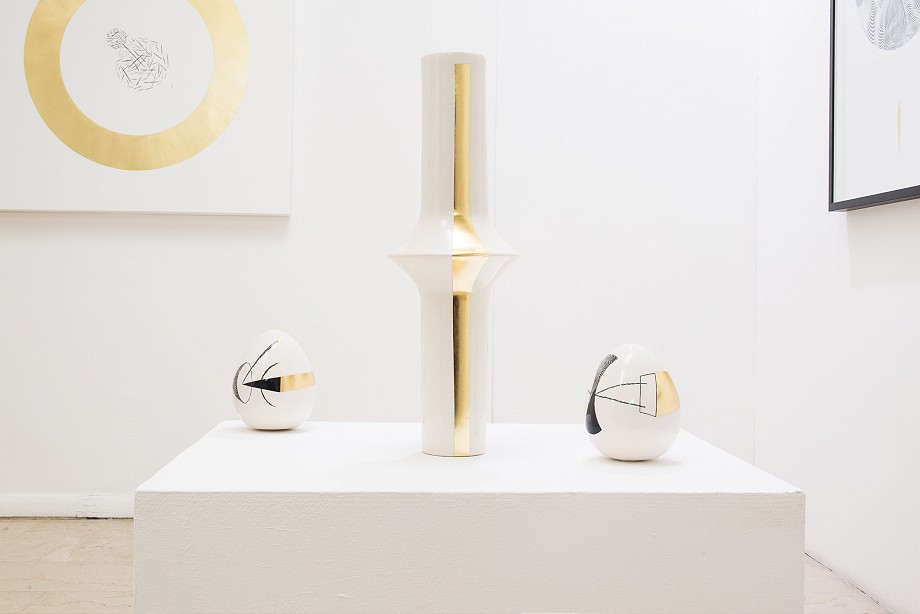