According to the photos and info we received from Paris, the opening of Julien Malland aka Seth Globepainter’s solo show Walking on a Dream at Itinerrance Gallery on March 20th was a huge success. Known in his homeland both as an artist but also as a TV host of the popular show Les Nouveaux Explorateurs (The New Explorers), the Paris-based artist has a huge following that wanted to witness his artwork in person especially since he doesn’t do gallery shows that often.

For this exhibition, Seth produced around 20 canvases featuring his recognizable imagery and characters, alongside two site specific installations created inside the space. Primarily working with spray paint, using acrylic only for extra effects, the French artist didn’t compromise his technique with the canvases are all around 1 x 2 m. The installations created include two brick walls built inside the space on which he painted his recognizable boy/girl characters with a cracked gap between them.

His poetic works with children as main characters are mostly focused on human emotions, relationships and universal feelings that can be understood without any words. In these fresh pieces, the globetrotting artist introduced some new concepts and ideas to his figurative pieces, included more graffiti influenced elements, but all within his recognizable visual language. The show will stay on view through April 25th. 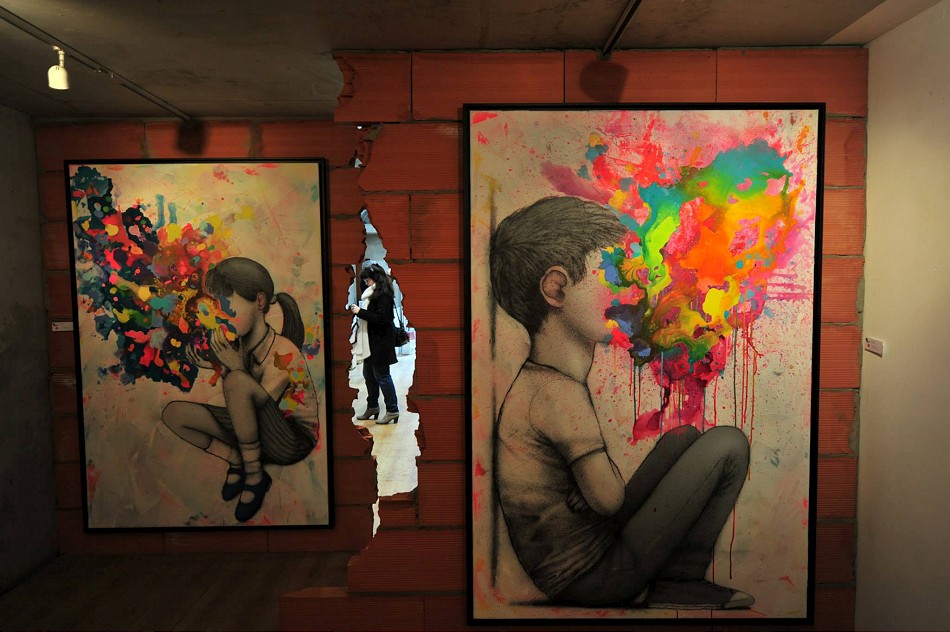 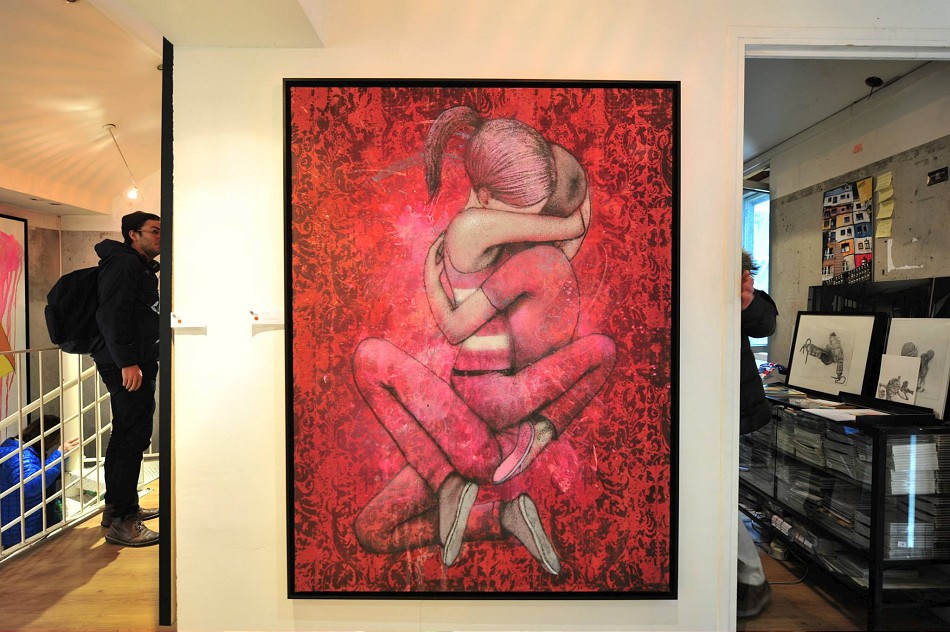 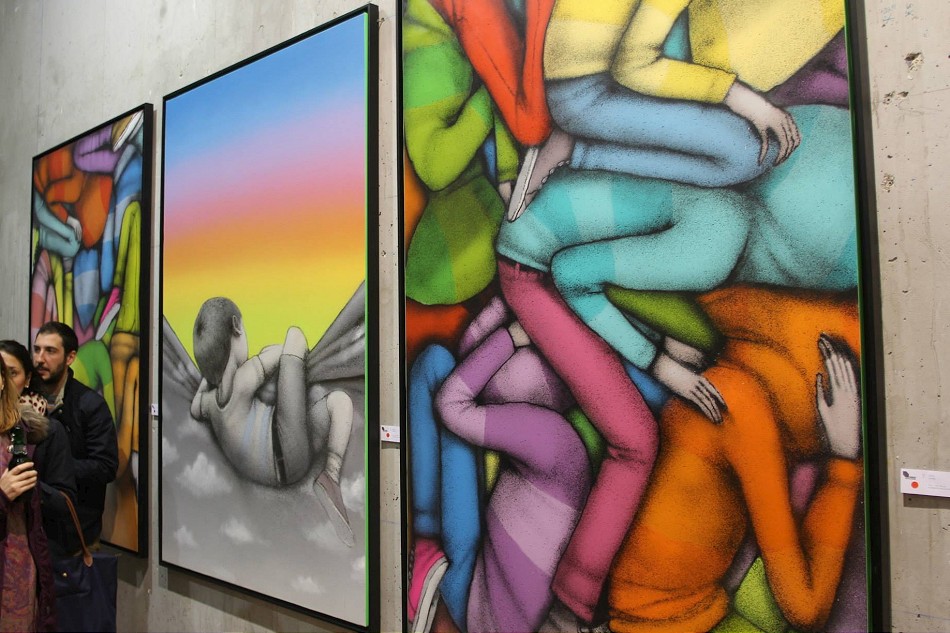 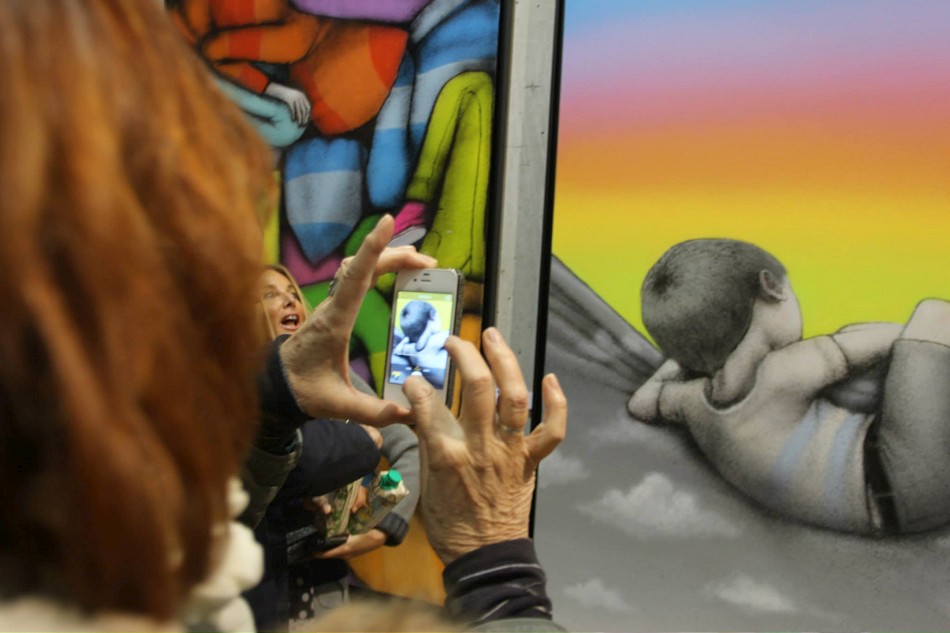 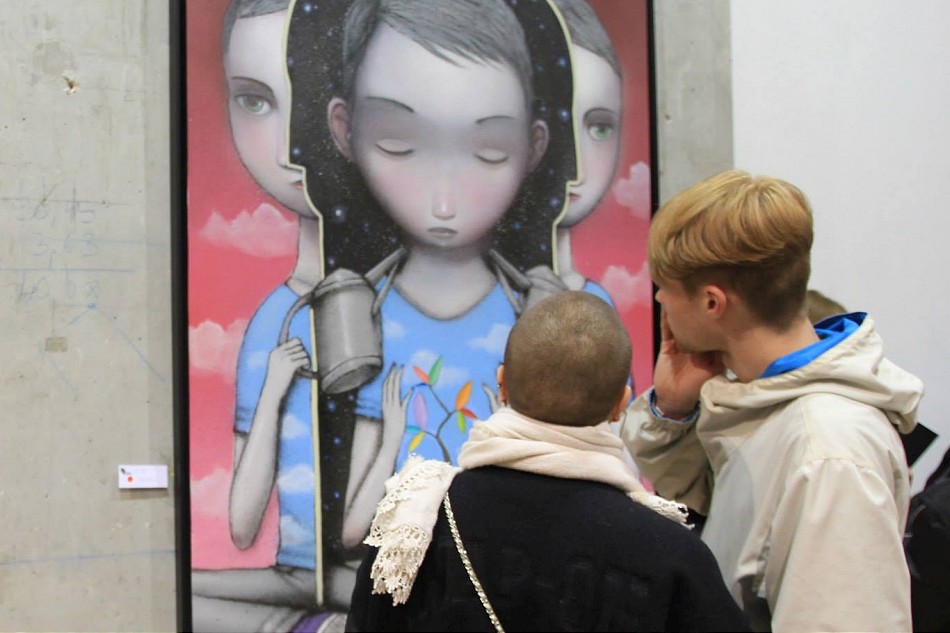 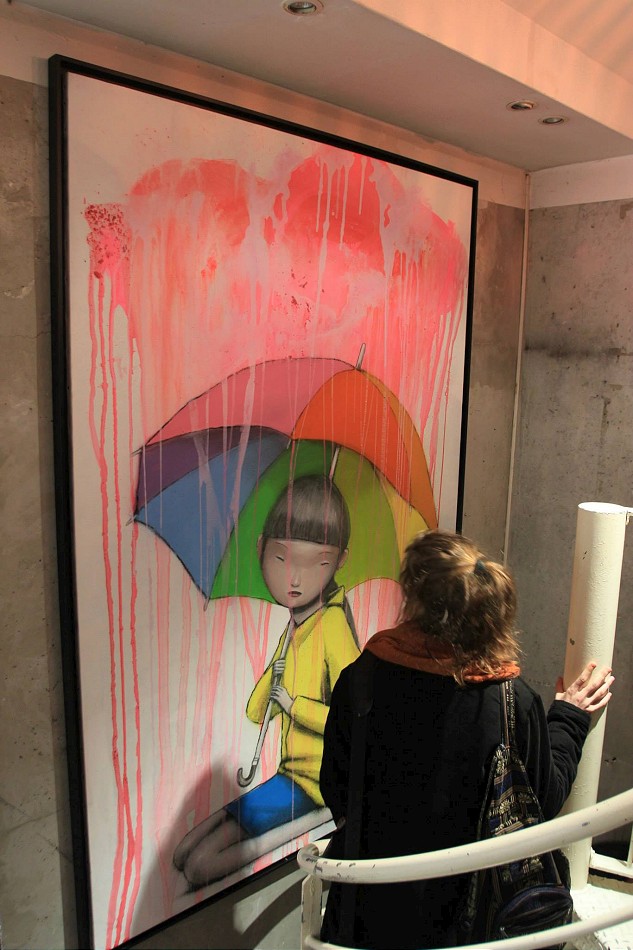 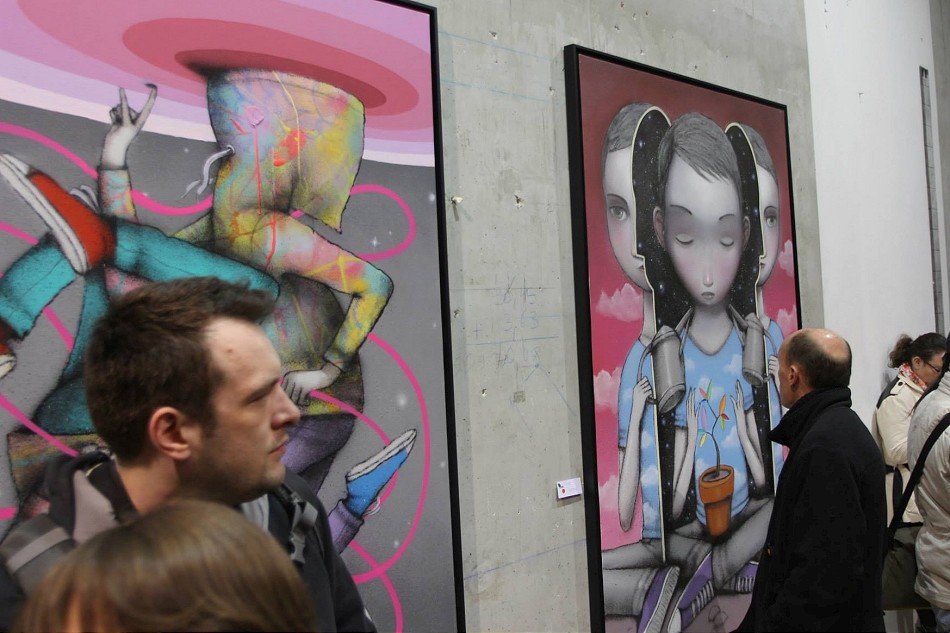 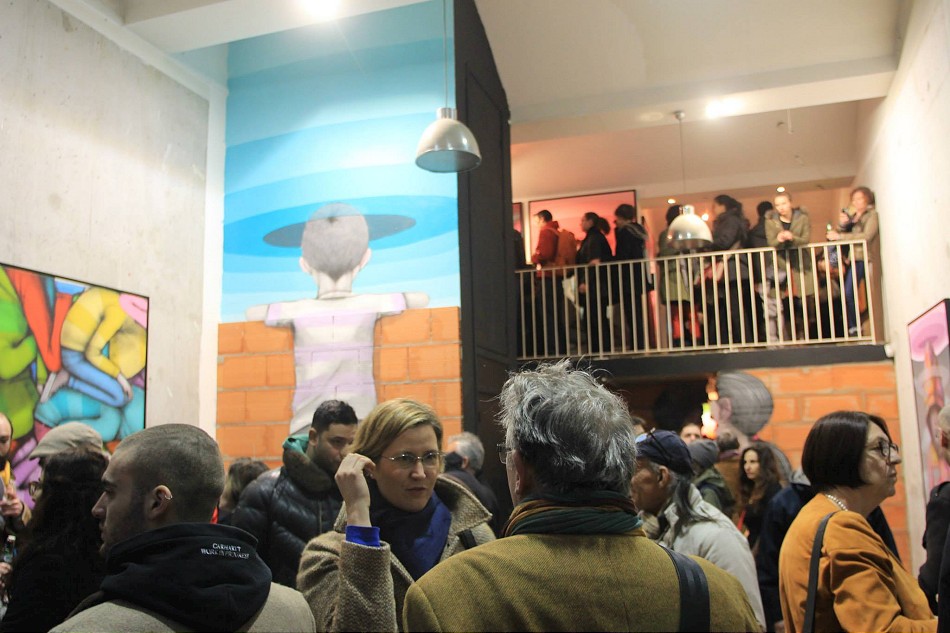