World traveler, Seth Globepainter, recently finished up this large mural for POW! WOW! Hawaii. The Paris-based artist arrived to the island straight after the opening of his show in Paris (covered), and with taking part in the Exploring The New Contemporary Movement group show (covered), the mural was the second and main part of his participation in this year’s event.

Inspired by the tropical paradise and island life, he created one of his familiar images of a little girl standing on a rock with her head being lost in a colorful vortex. This time, the image was flipped upside down, so the blue water matched up with the Hawaiian blue skys and the vortex is closer to the ground, matching the colorful lifestyle of the Hawaii. Along with this, Seth included some other familiar island elements such as birds & floral jewelry that he spotted on the streets of Honolulu, as well as the the floral “hula shirts” popular here.

After this, the artist will travel to turbulent Ukraine where he will be creating more public space works with local graffiti and street artists, as he’s been doing over the years. 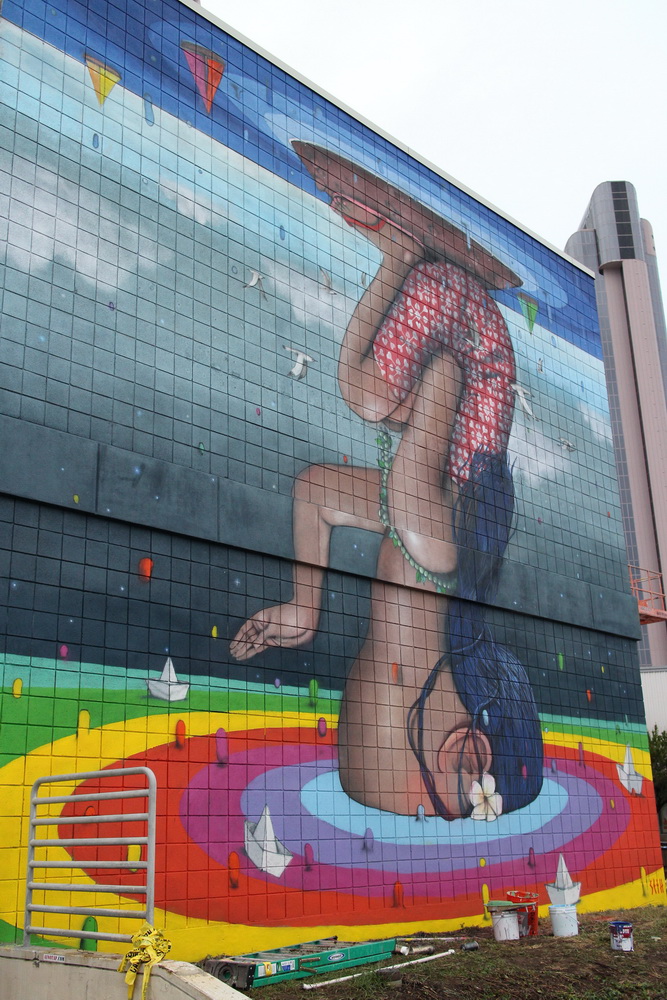 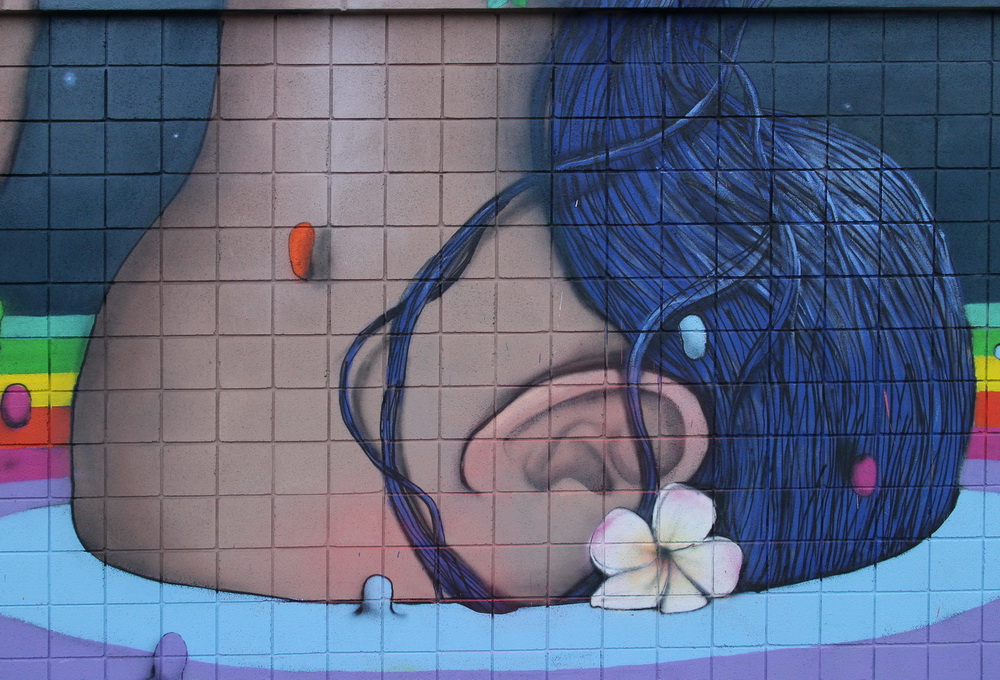 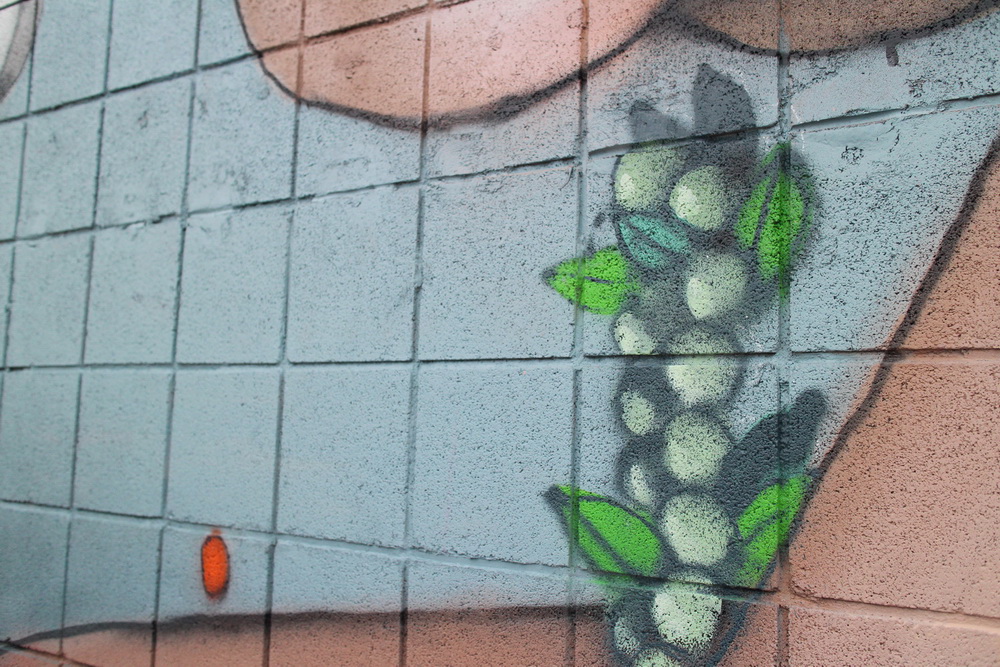 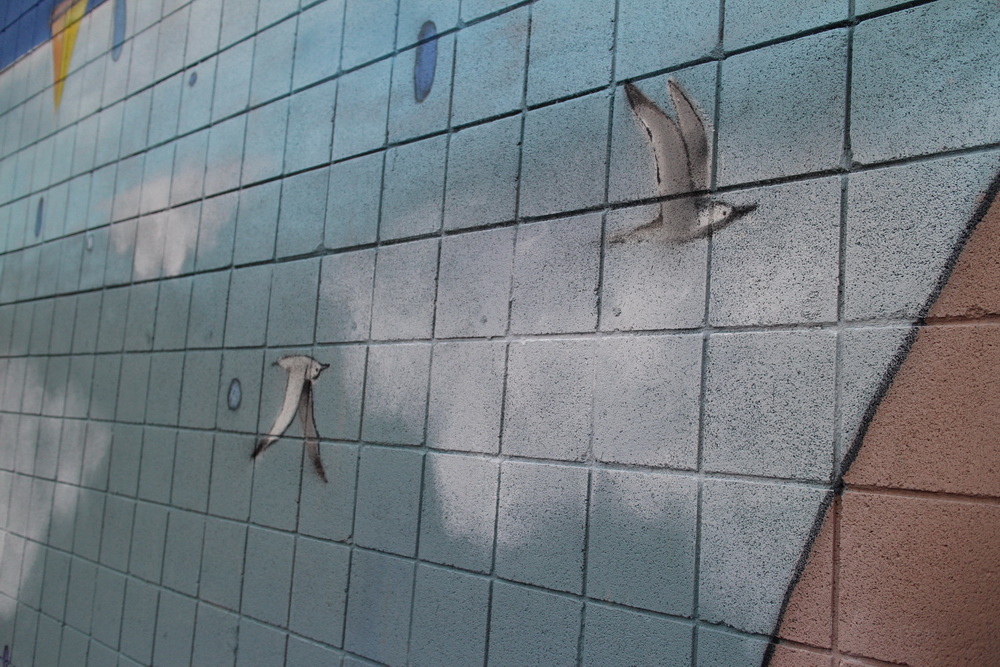 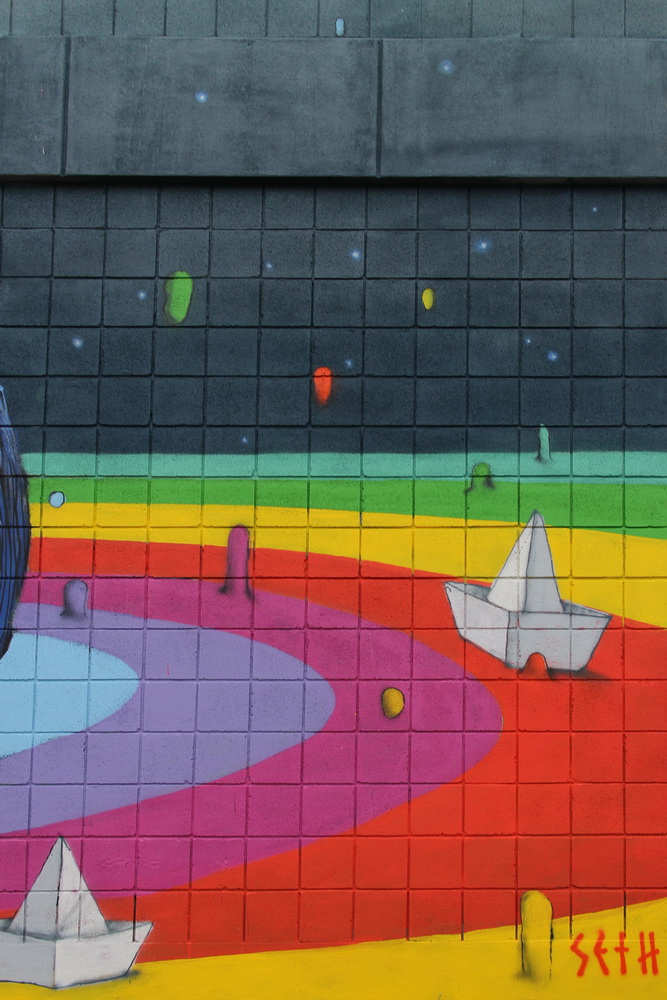 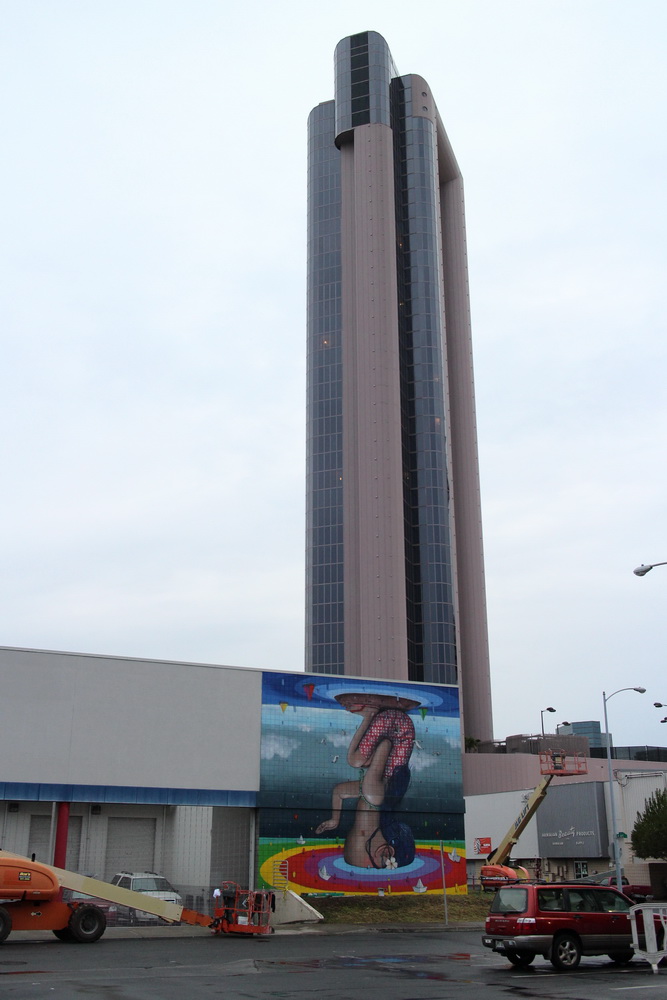 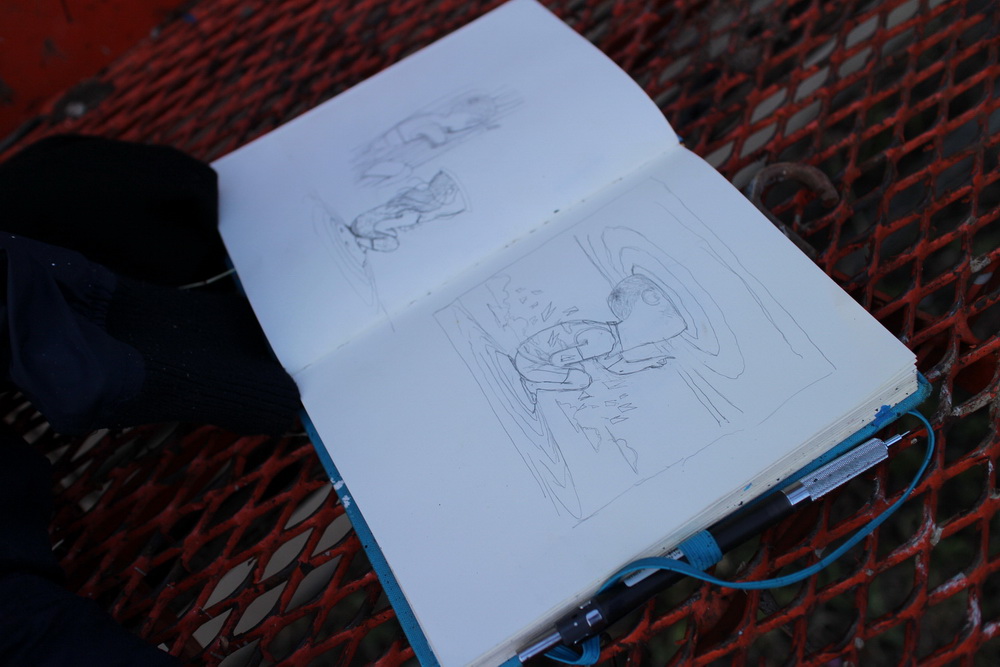 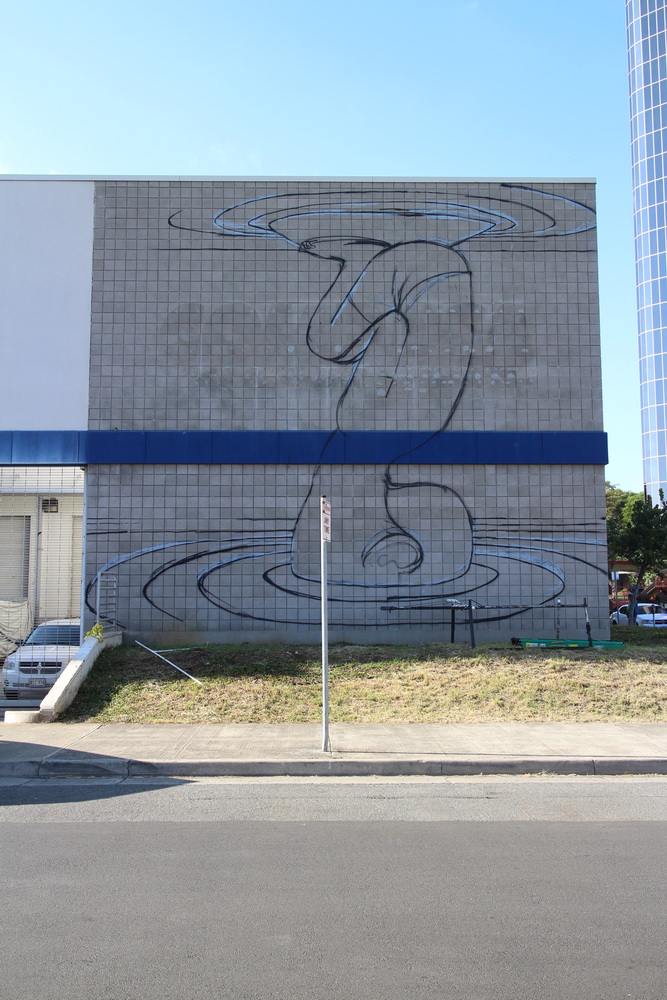