Almost precisely one year since his last solo show in his hometown (covered), Itinerrance Gallery in Paris will be opening a solo show by Julien Malland aka Seth Globepainter. After an extensive traveling schedule, the globetrotting muralist is ready to present his new body of work under the title Walking on a Dream.

These traveling experiences are not only the French artist’s passion, but also a source of inspiration. Often working with local artists and speaking directly to the people he meets, he tries to create a dialog between his works and the local community. This is why his work features a child as a main character, being the worldwide symbol of purity and innocence.

After learning how to adapt himself to new environments, Malland is now translating his visual language to canvas. The new pieces will be combining urban culture, poetry and fantasy, but also, reflections from his journeys. With references to his graffiti beginnings, his playful and dynamic characters stay true to their usual behavior, interacting together and rarely or never looking at the public. Placed in a dreamlike or poetic universe where no Earthly rules apply, the works have a special energy that is achieved through his distinctive use of spray paint as a medium. The show will open on March 20th and will stay on view until April 25th. 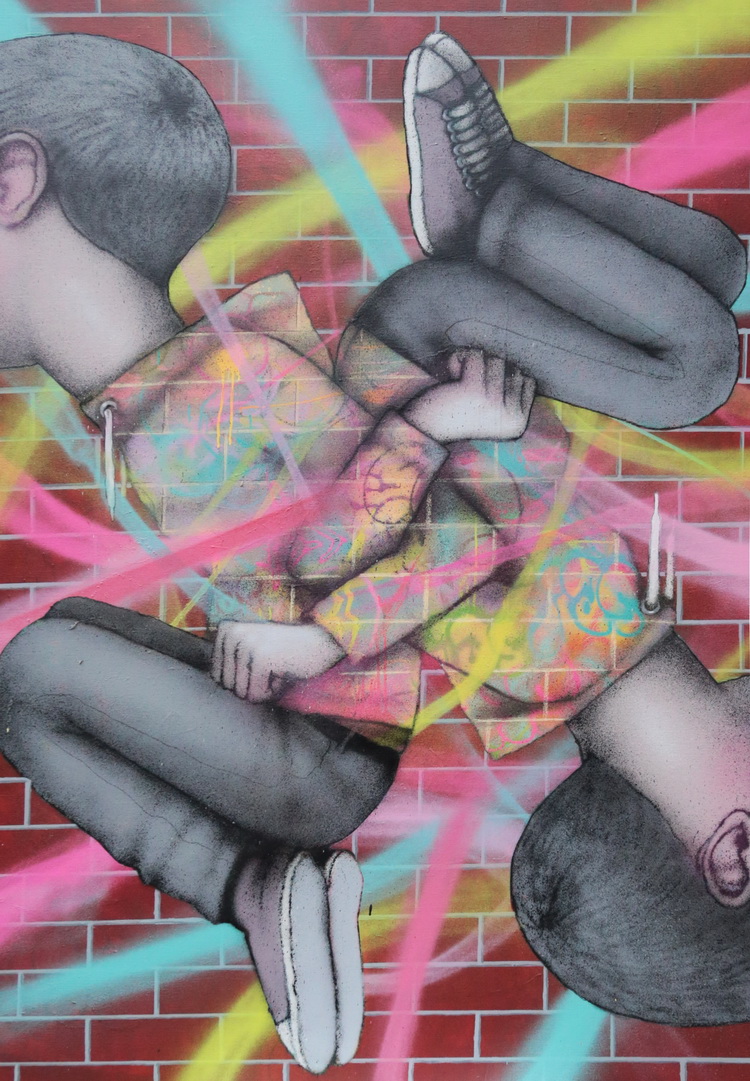 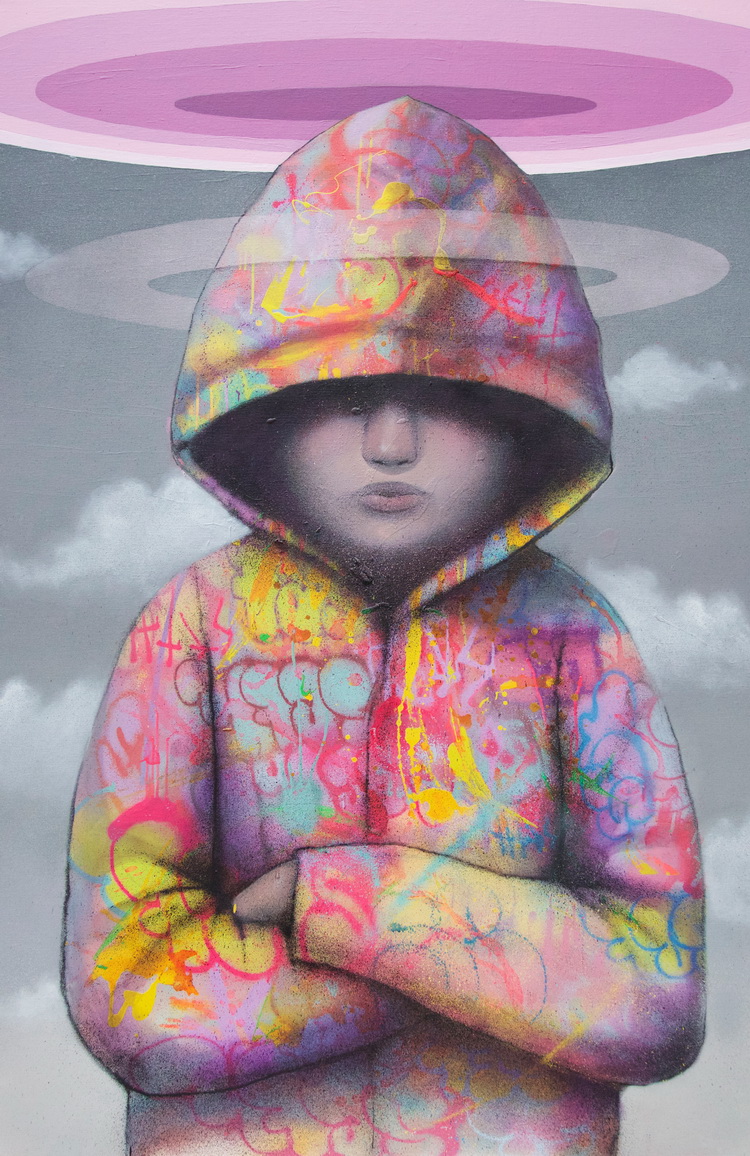