A few months after his last solo show in NYC (covered), DALeast (interviewed) went on a two month trip around China, Nepal and India. He timed his travels to arrive in Delhi on time to participate in the local St+Art Project with a fresh mural.

Inspired by his personal experiences during the trip around Asia, especially India, the new piece represents the everyday chaos and crowds, yet all being functional and organized to some extent. The image of the chaotic flock of birds refers to such a state – “people, cars, cows, dust, agendas, directions, wishes, hopes, gains and losses, all we can think of in the human world is manifested there, and the stream of it all is mixed up in the air.” The deeper story behind this effective image of birds flying through an arched window is the question of “where are we going to and where/when is the end.” Unlike his usual works showing one major character, this piece feels much lighter and almost detached form the surface. This is mostly due to strong contrast between the black birds and pink background, and even more so – the very effective perspective and shading details he achieved. 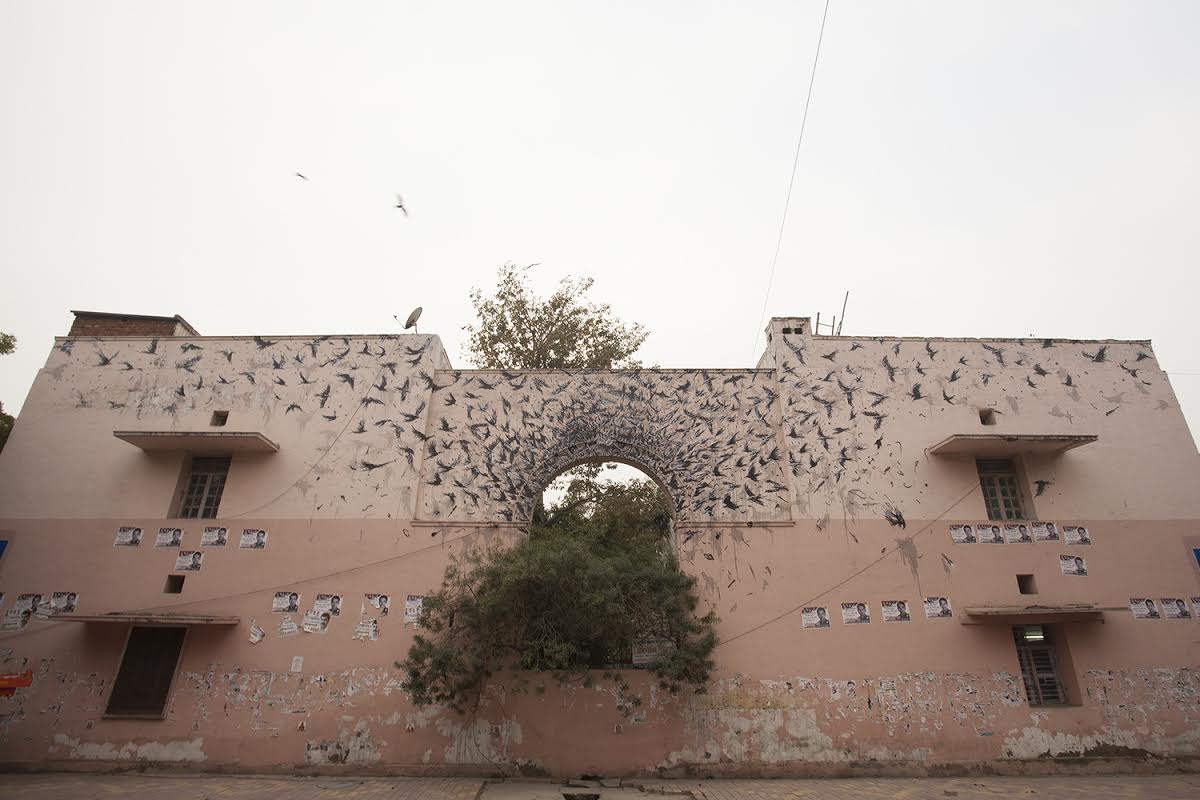 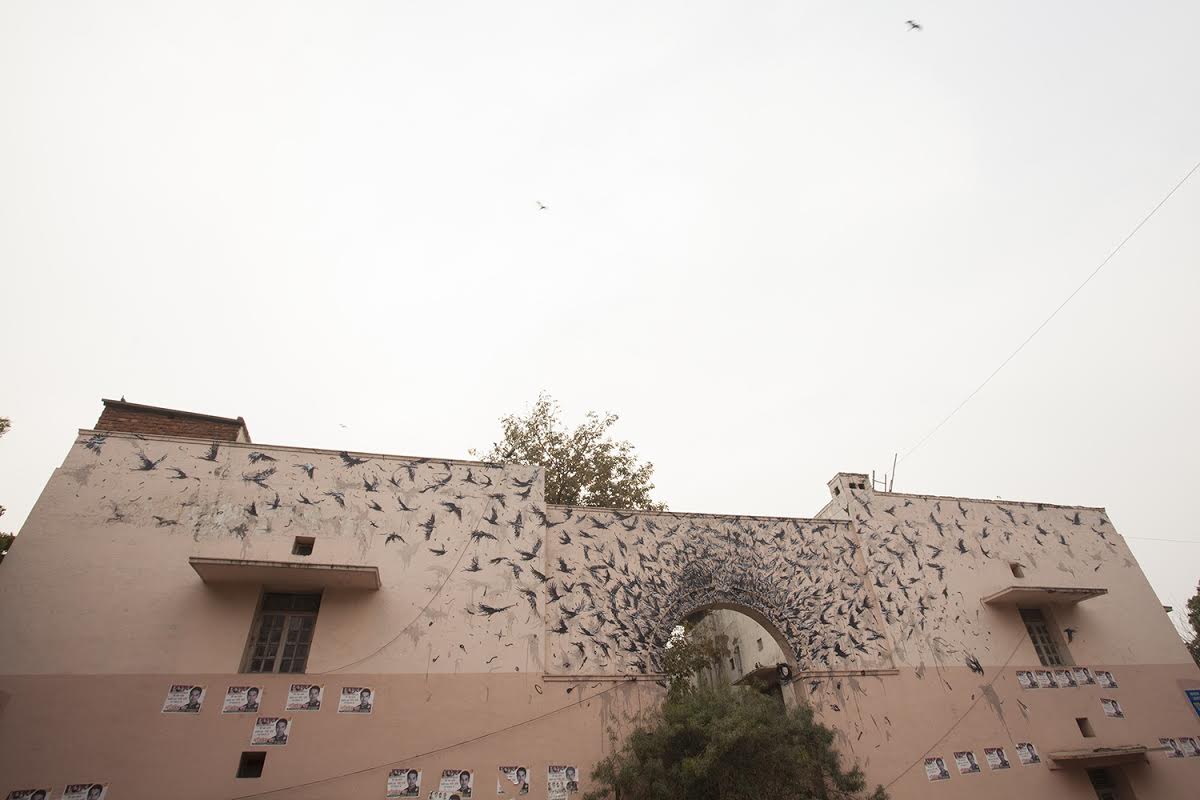 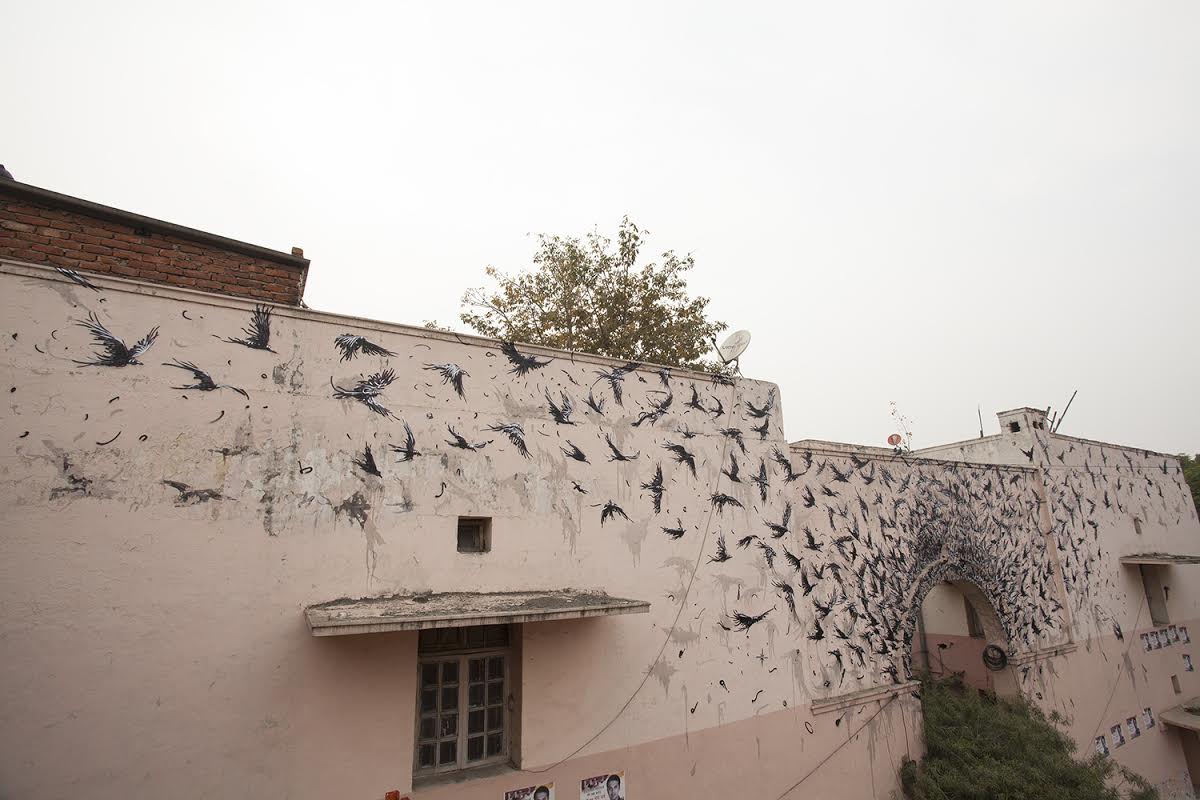 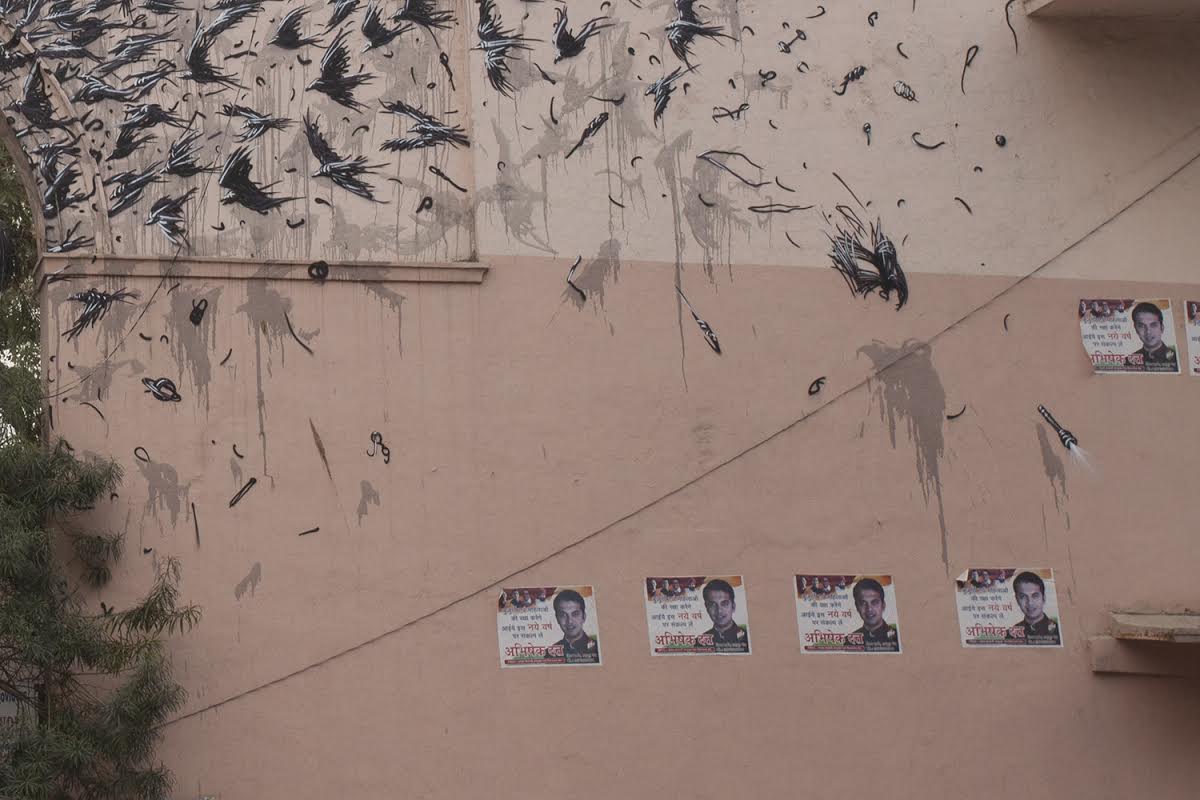