For those who missed the MTV Movie Awards last weekend, Dabs Myla has sent us some images from the event. The Australian husband and wife duo took it to another level with the some of the branding of the show as well as creating on site installations, murals, and sculptural elements much like KAWS did for the VMA’s back in 2013 (covered). The set design was inspired by the artists’ travels and the cities they have visited, but the recreated city was meant to bring up memories of any major American city in the ’50s, infused with their signature cartoon-like imagery of course. 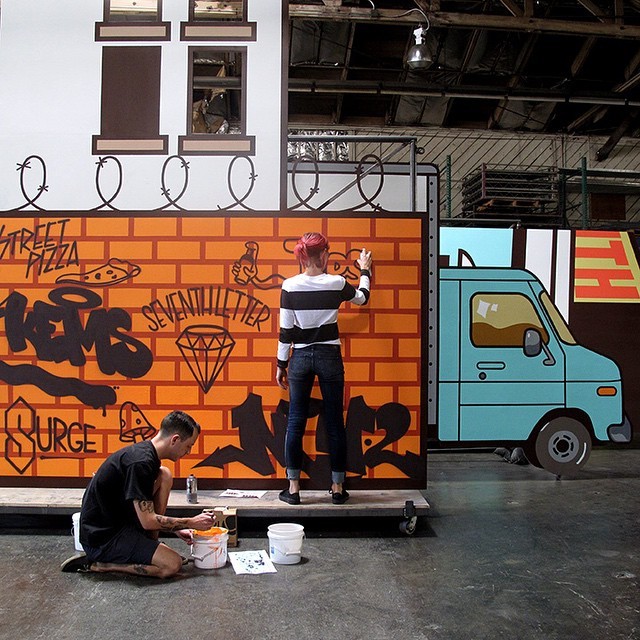 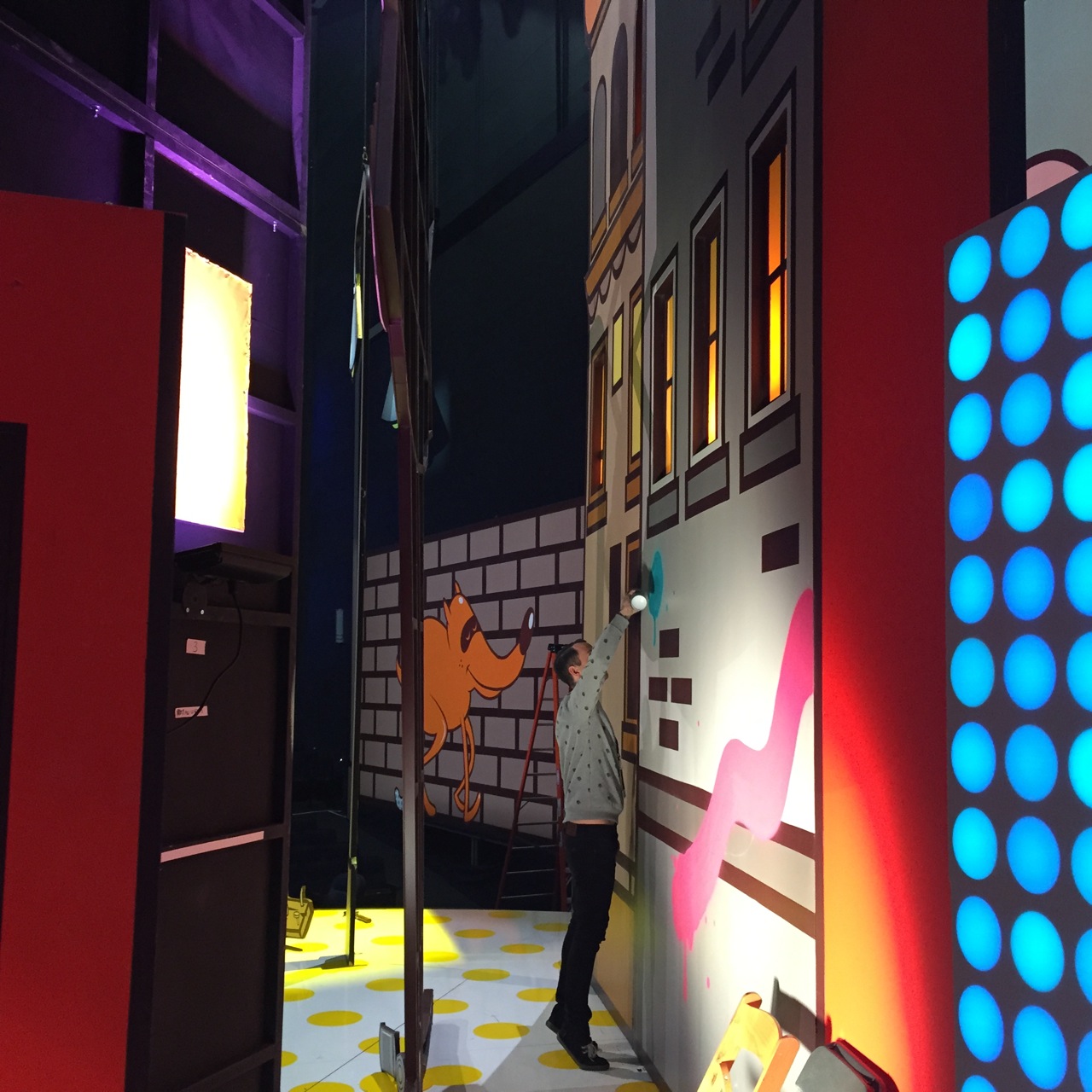 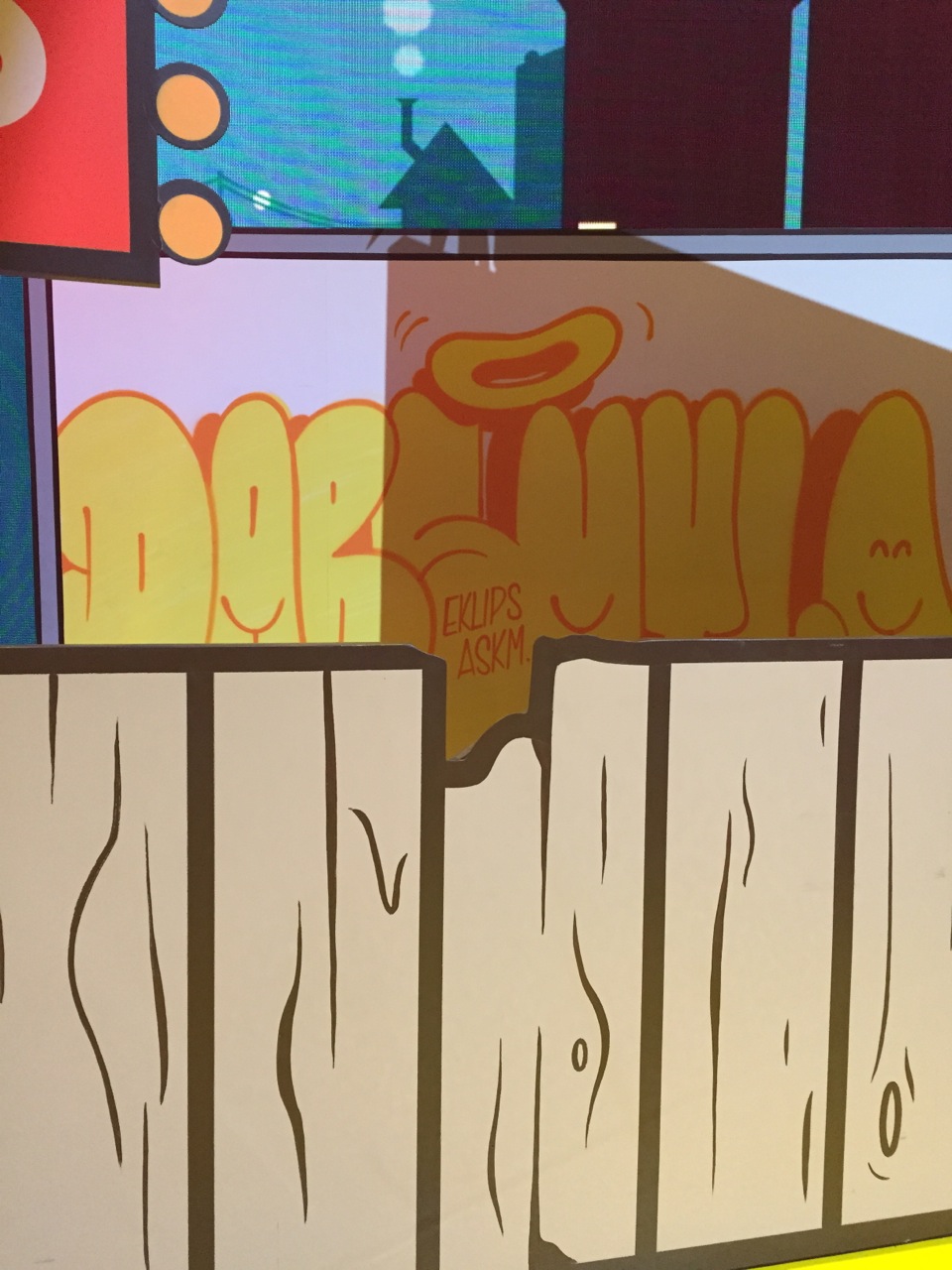 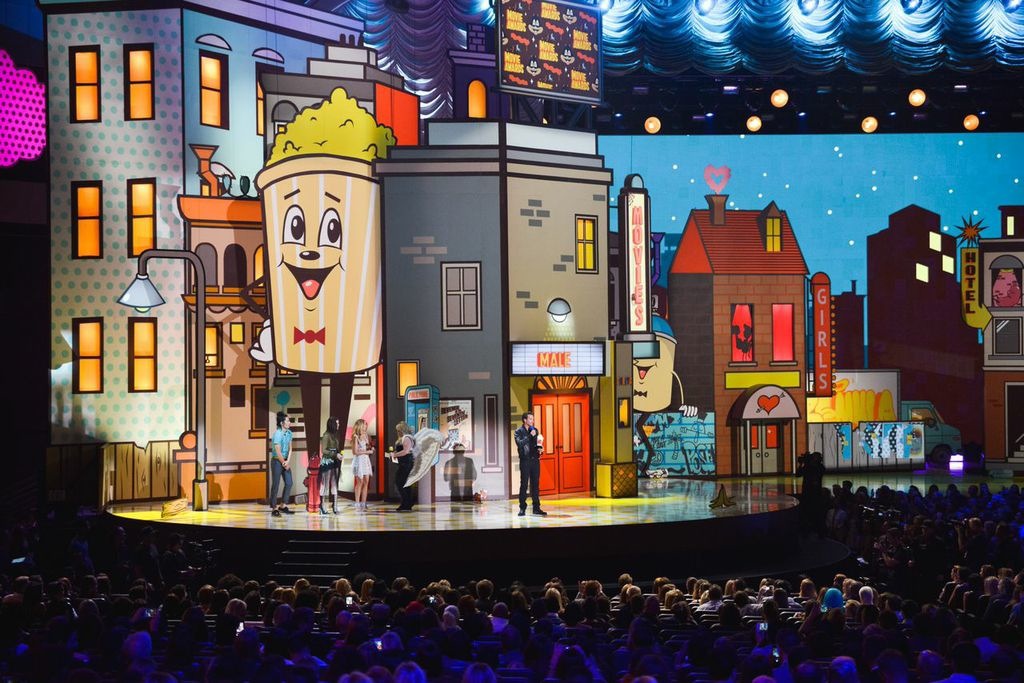 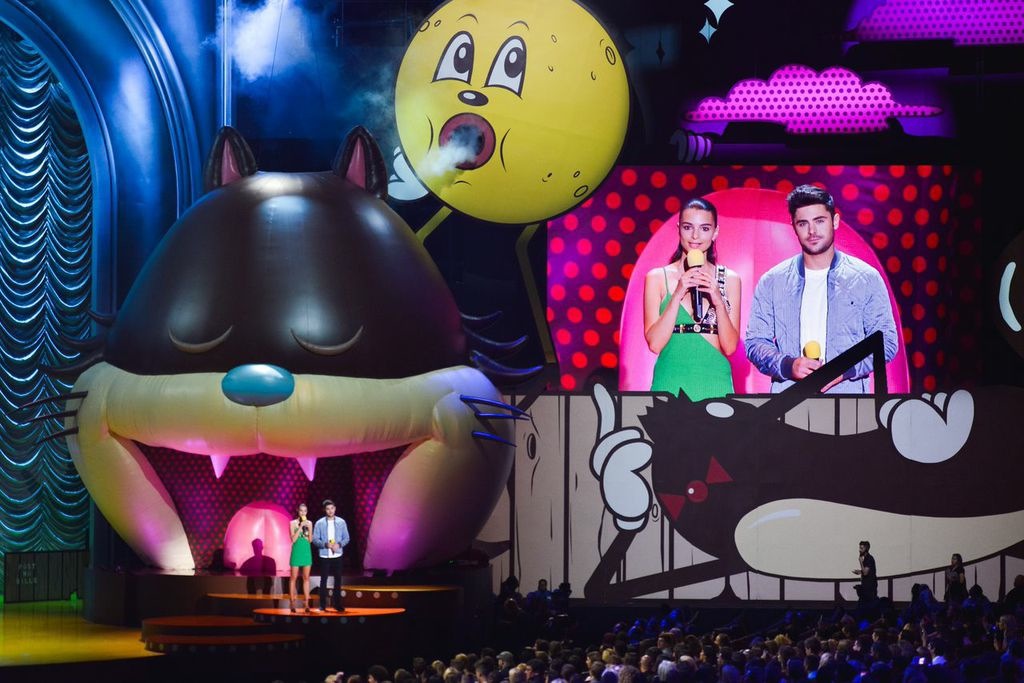 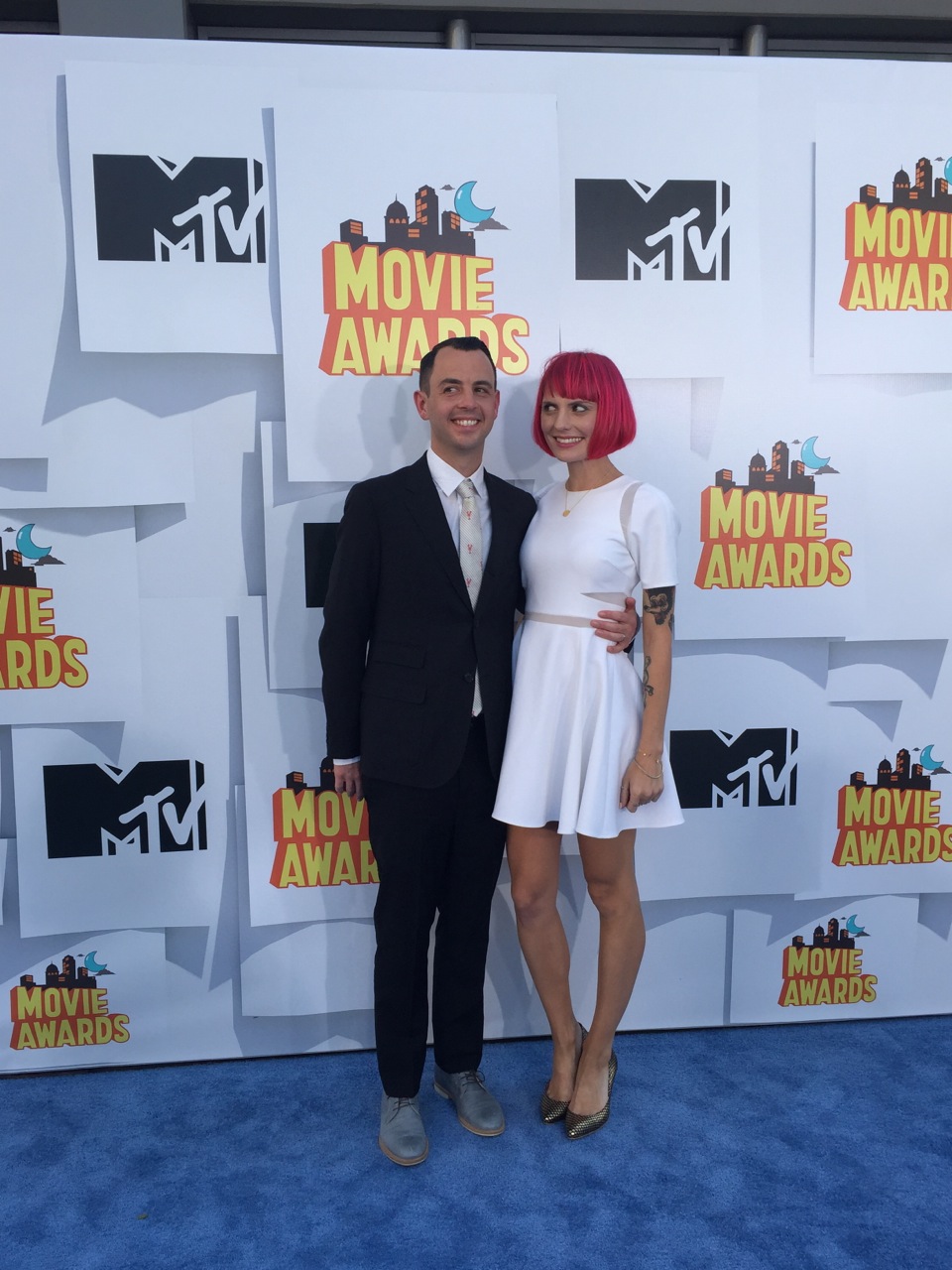 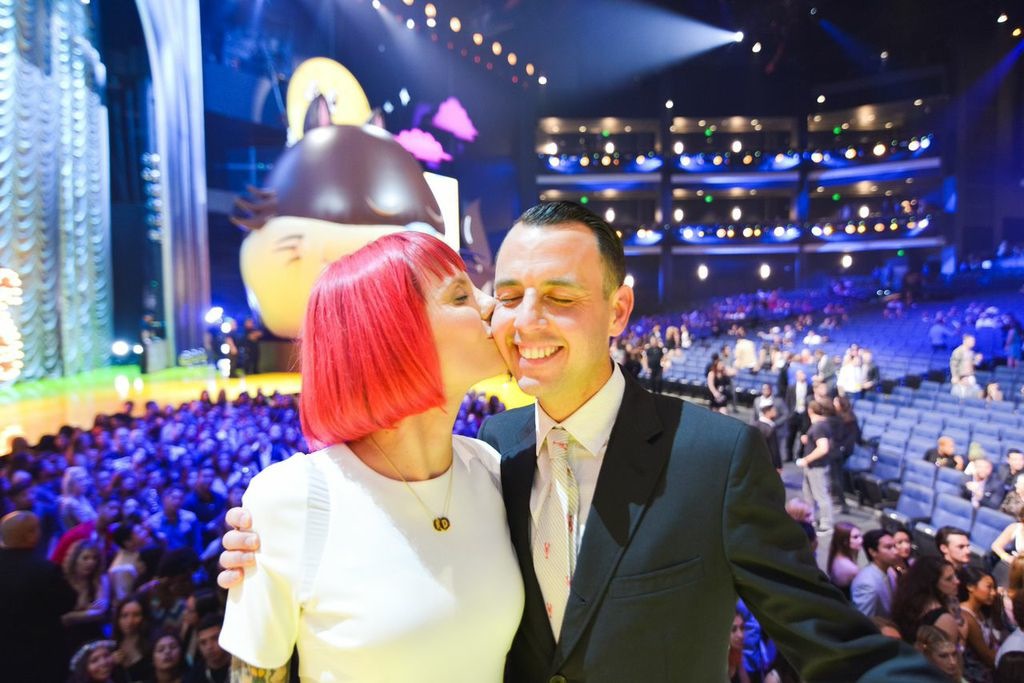