Shortly after the opening of his sold out solo show in Paris (covered), Seth Globepainter took off on another trip to the Far East. Similar to his last trip to China in December 2014 (covered), the French artist painted a series of works featuring his signature children characters in different settings and environments, often collaborating with local artists.

The first part of the trip included a mural project for the Beijing Opera. This was painted at the Power Station of Art, the biggest contemporary art institution in Shanghai, and it was done in collaboration with calligrapher Hong He Ping. The image shows two kids playing with traditional Chinese masks that are often part of performances at the Beijing Opera.

The second phase of his trip included some 10 walls that he painted in support of the local charity march in Fengjing, a rural place one hour out of Shanghai. One of the pieces was done in collaboration with painter Cao Xiu Wen and her assistants – a colorful landscape wrapping around a sleeping girl. The other works were scattered around the area, covering old houses, dam gates, market stalls, gates, etc. Most of the images are focused on the issues of rural life, the migration to the cities, the traditional life and the questionable future of these parts.

Currently Seth is back in Paris where he is working on his first limited edition lithograph that will be released soon with PrintThemAll.com, and we were told it will feature one of the images from this trip. 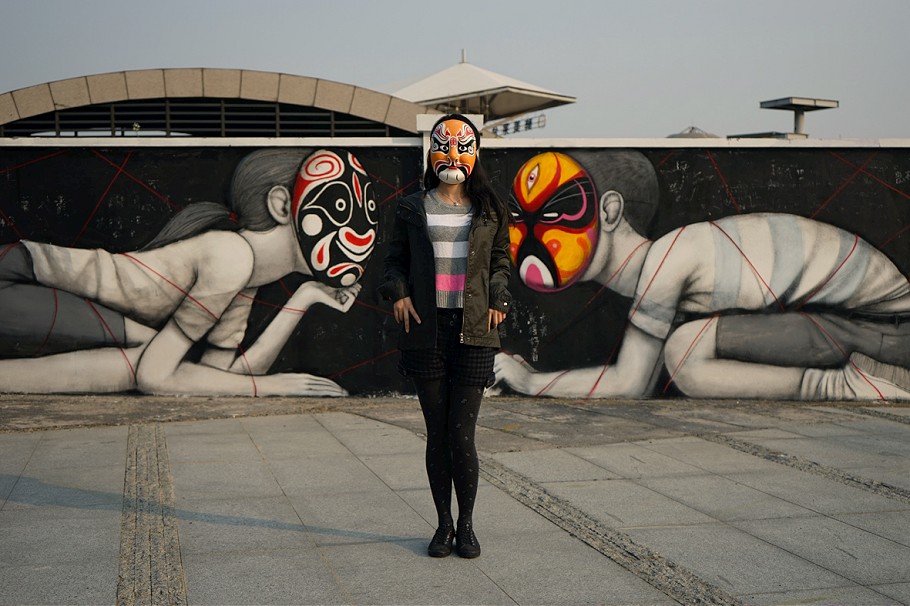 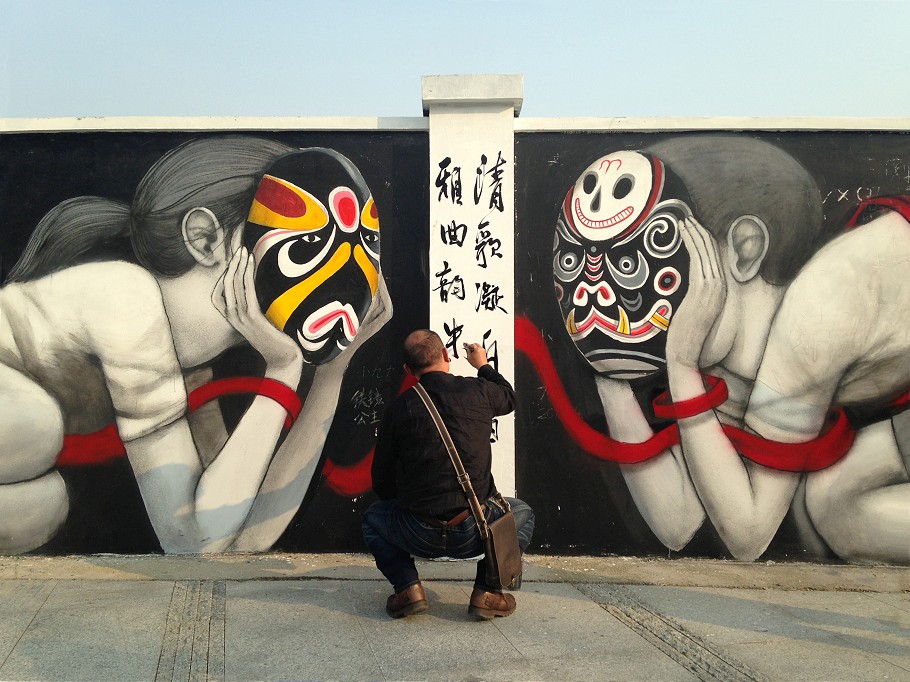 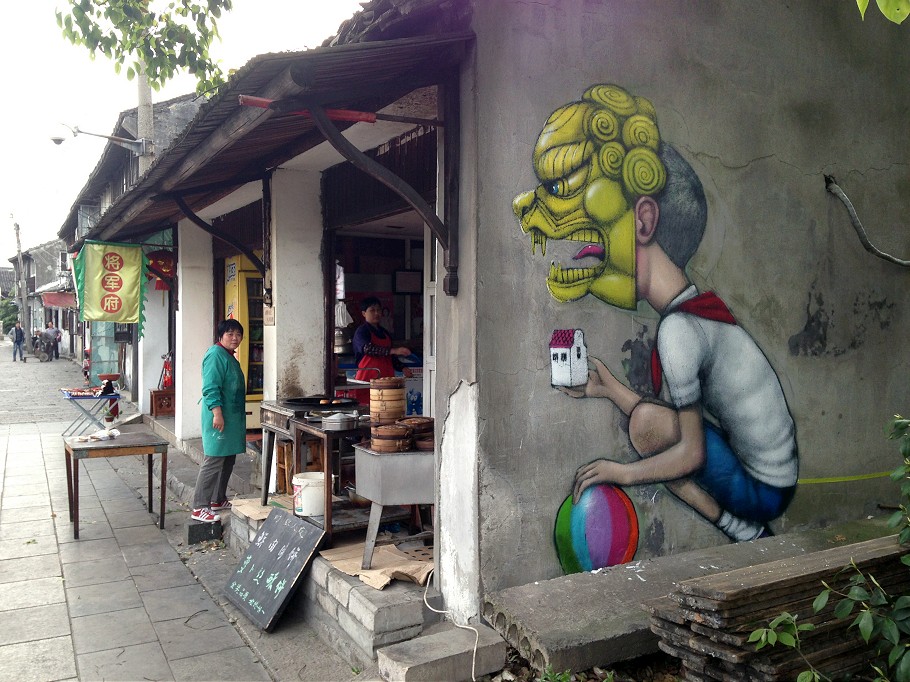 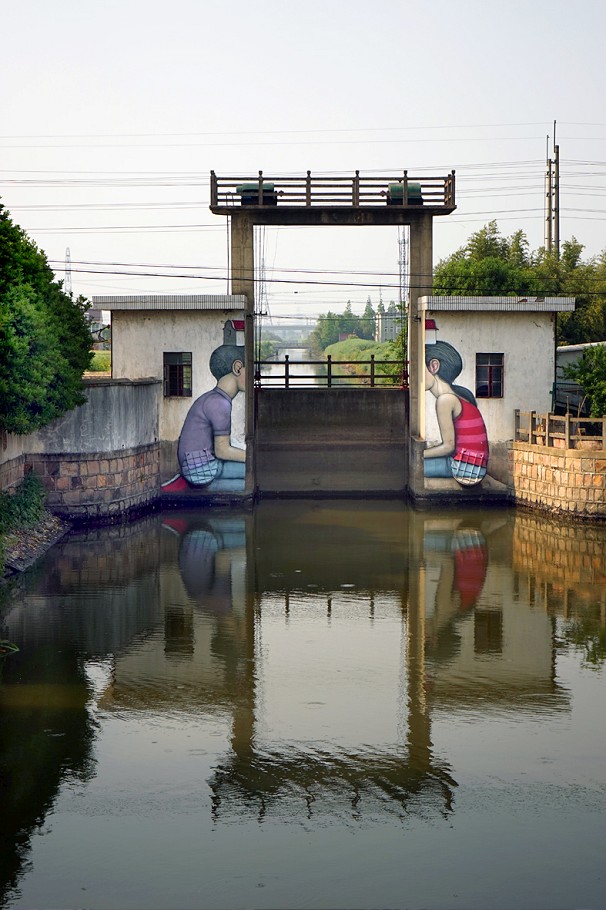 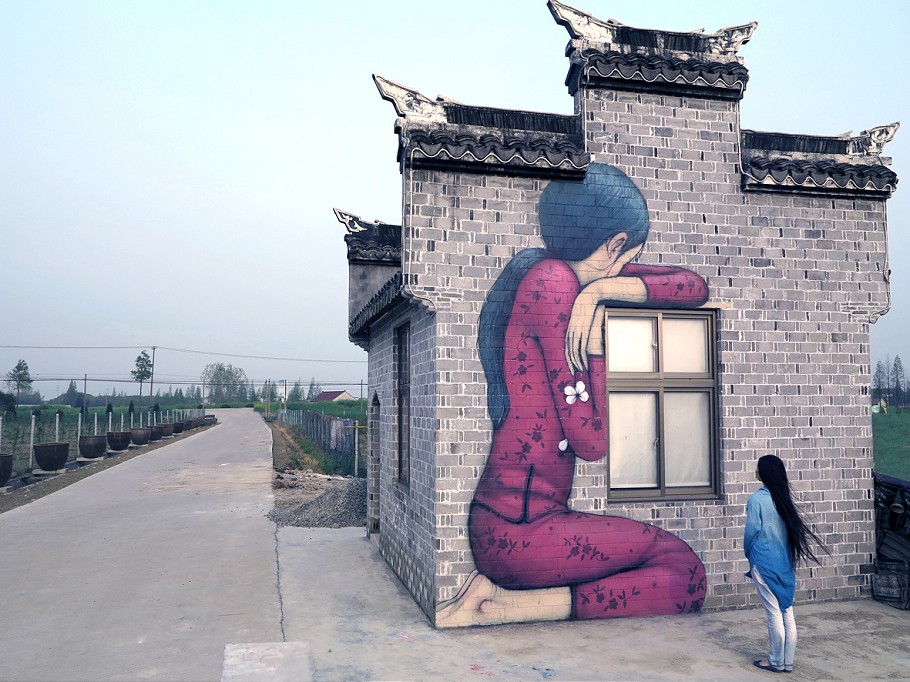 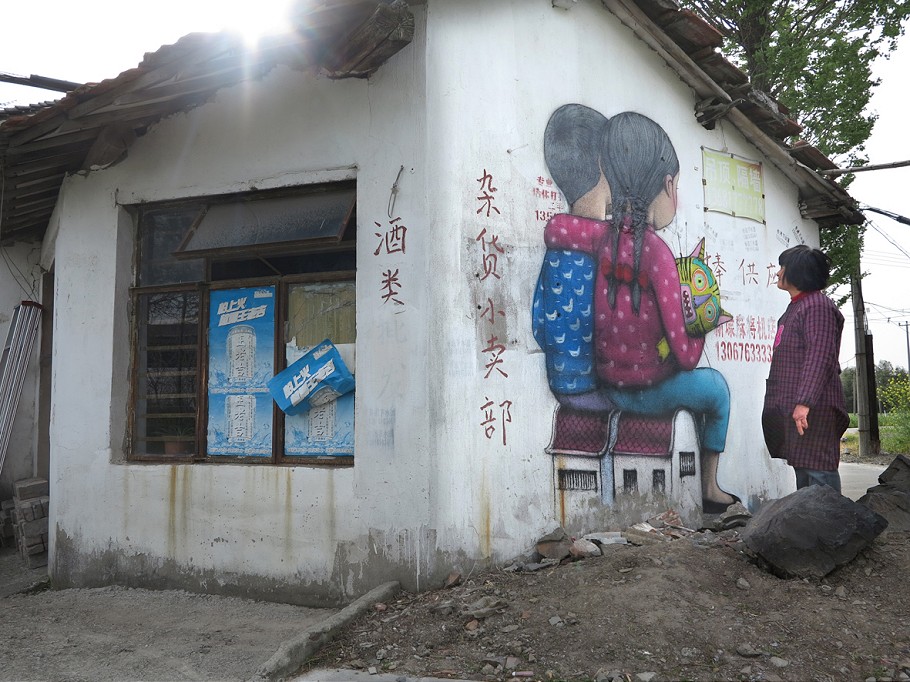 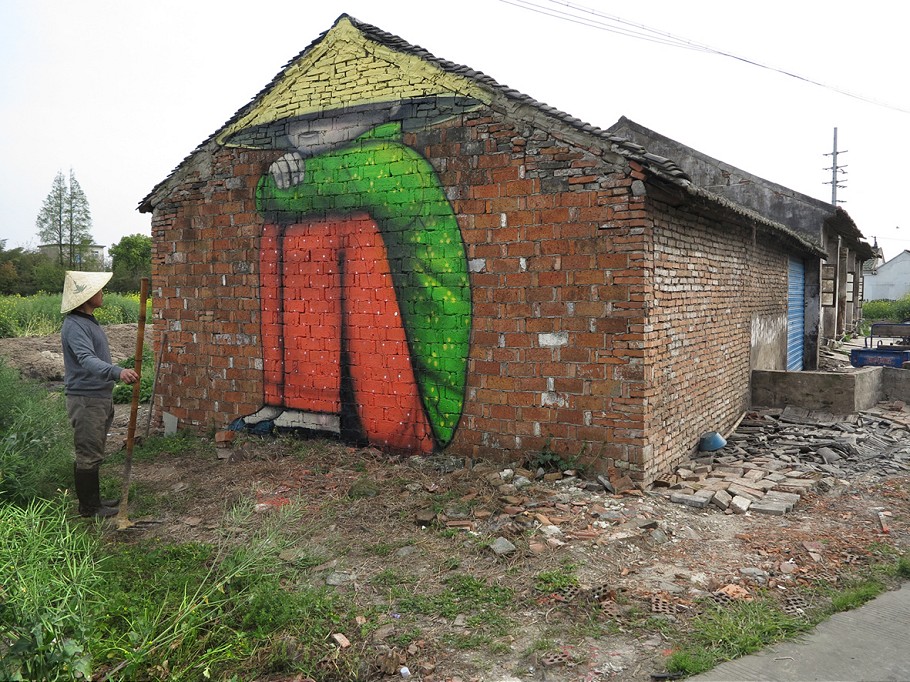 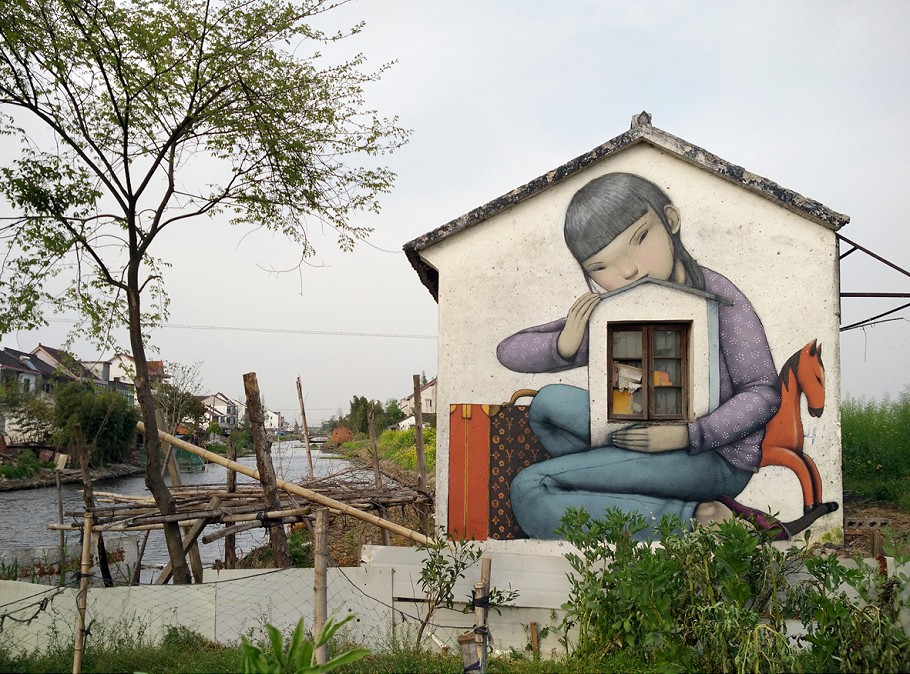