After recently visiting Hong Kong (covered), Pejac recently stopped in Seoul while continuing his Asian tour. Seeing as this was his first time in the country, the Spanish artist used this opportunity to leave his mark around the South Korean capital. Armed with only a brush and a cup of paint, he created some more window works in his hotel room, as well as two street pieces influenced by the land and culture he’s in.

Icarus is an image Pejac introduced a while ago in the form of a canvas, but he decided to paint a street version while being in a country with such delicate political circumstances. The image of a shot down paper plane, burning as it falls to the ground, is both emotive and scary when observed in the context of tensed situation in the region.

The window drawing Mainmast was influenced by the competitive mindset that the artist noticed in South Korea. In order to achieve their goals and success in life, especially the expectations of their elders, the young people have to find a way to stand out above others. The Barcelona-based artist highlighted this phenomenon by drawing a little girl, standing on top of an electric pole, like the main mast of a ship.

Oxymoron represents a contradiction in and of itself. Done as an improvisation on iron doors he stumbled across, Pejac painted a semi open curtain being held by an iron lock. This type of work is a typical visual illusion that we’re used to from him and is achieved with minimal intervention. Placed in its “natural environment” the piece is hard to notice at first, but it definitely has a strong impact once that happens.

Shocked with the fact that 25% of Spanish people think that the sun orbits around the earth instead of other way around, Pejac found a way to “catch” the early morning sun and “carry” it around the Earth with a helicopter. The greatness of Transfer is that it ridicules the ignorant belief in a very subtle way, while at the same time proving it 100% wrong. 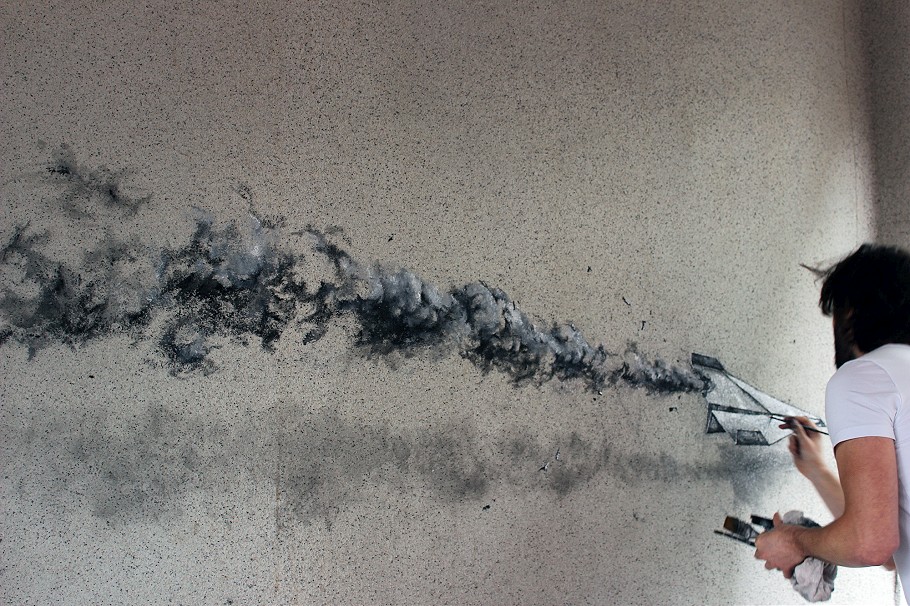 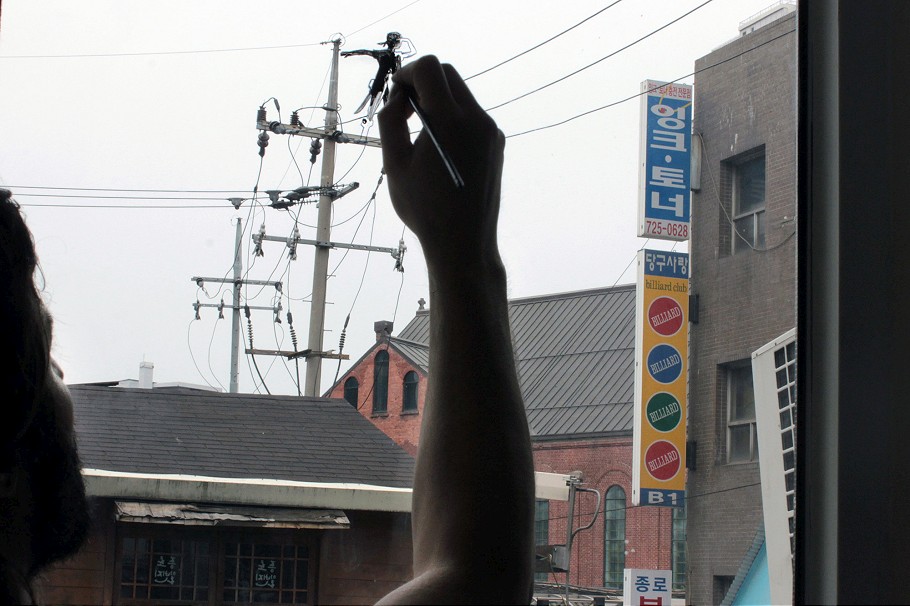 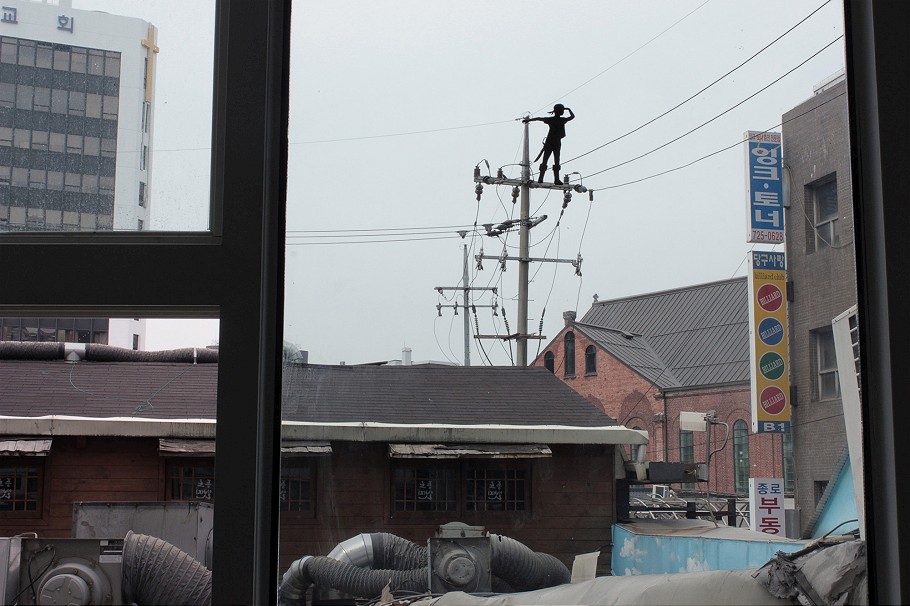 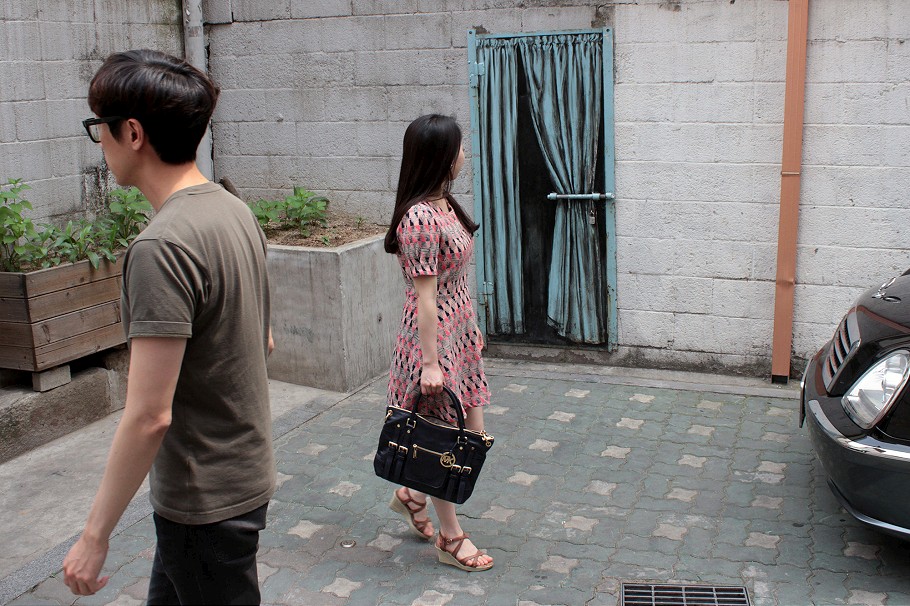 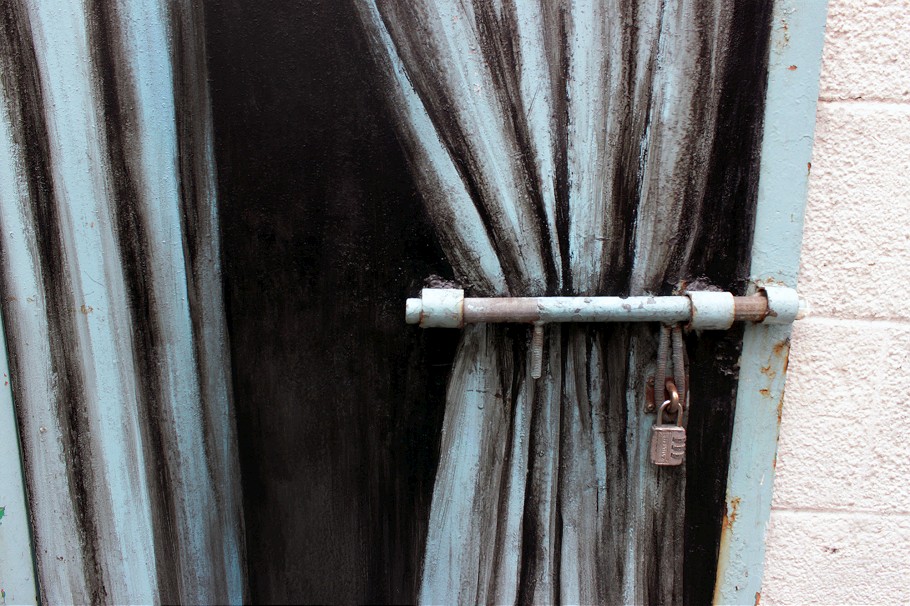 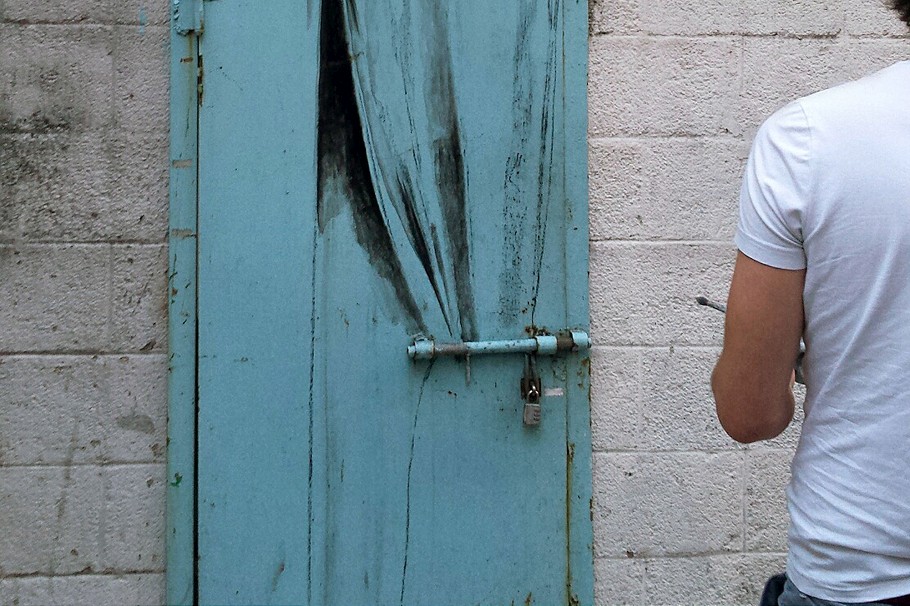 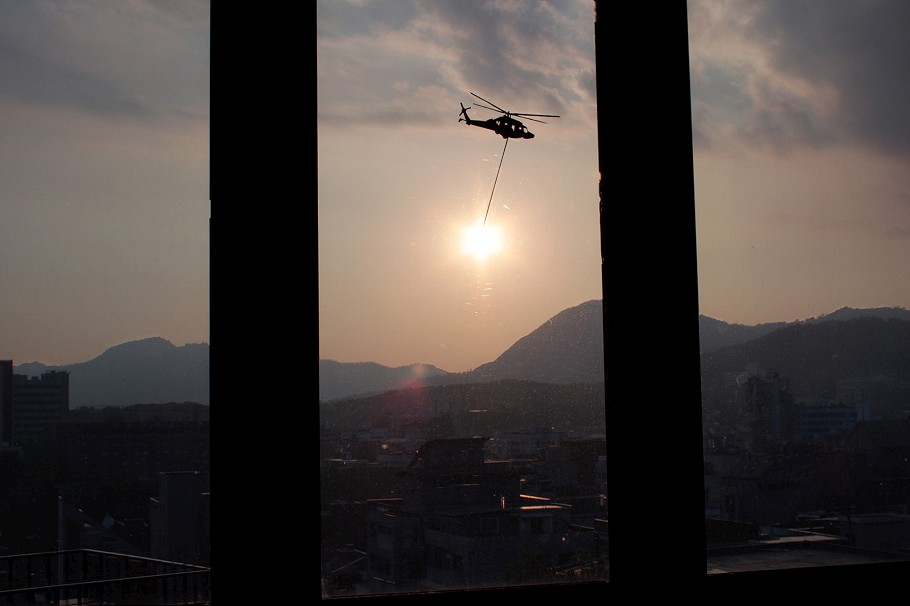 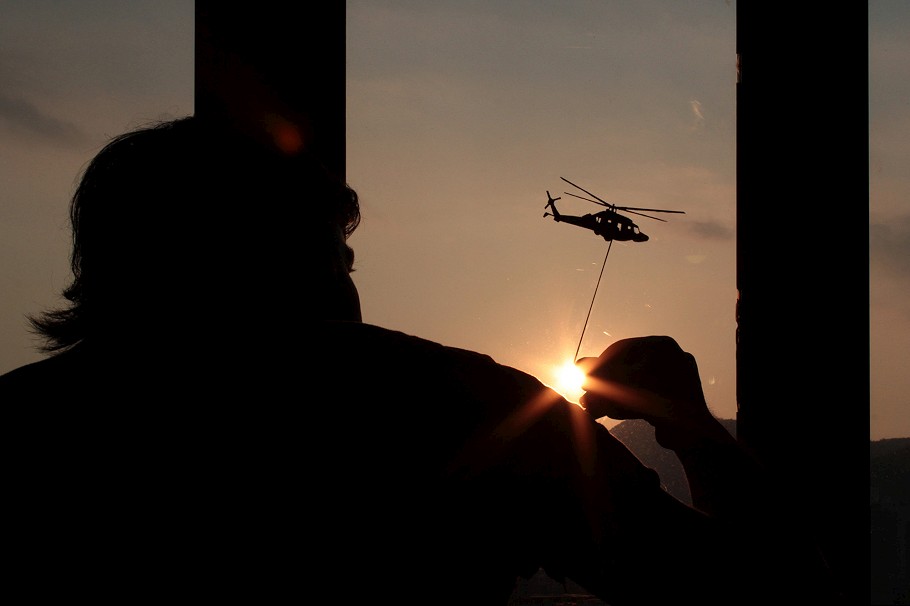