After recent collaborative pieces with JR and Andre Saraiva (covered), Os Gemeos rounded up their stay in NYC with a massive new mural. Dedicated to “everyone that has made and continues to keep the real hip-hop alive” this fresh piece is a classic example of their work and shows their passion and dedication to the hip hop culture and everything it stands for.

Back in 1983,  legendary documentary Style Wars stated “In the New York 70s, graffiti writing, rapping and breaking became the prime expressions of a new subculture called ‘hip-hop’. Graffiti is the written word. There is the spoken word of rap music and then there is the acrobatic body language of dances like ‘breaking'” By creating a tribute mural to this important subculture in its very birthplace, Otavio and Gustavo Pandolfo referenced many related elements in their new masterpiece. From the old school tracksuit top and trainers tied up around the ankles, cap with a graffiti bombed metro train around it, boom box with leather belt to the Planet Rock by Afrika Bambaataa tape, and even a small Mugsy pin painted by the legendary member of the Rock Steady Crew, Doze Green, they painted an altar to the golden era of old school hip-hop. Using the raw facade itself as the essential part of the image, with added shading effect, the Brazilian artists achieved a nice feel of depth and perspective which they are known for.

Located at the crossing of 2nd avenue and 1st street, this five-story wall shows the old school hip-hop character emerging out of the wall, looking like he is entering our reality from another time or dimension. 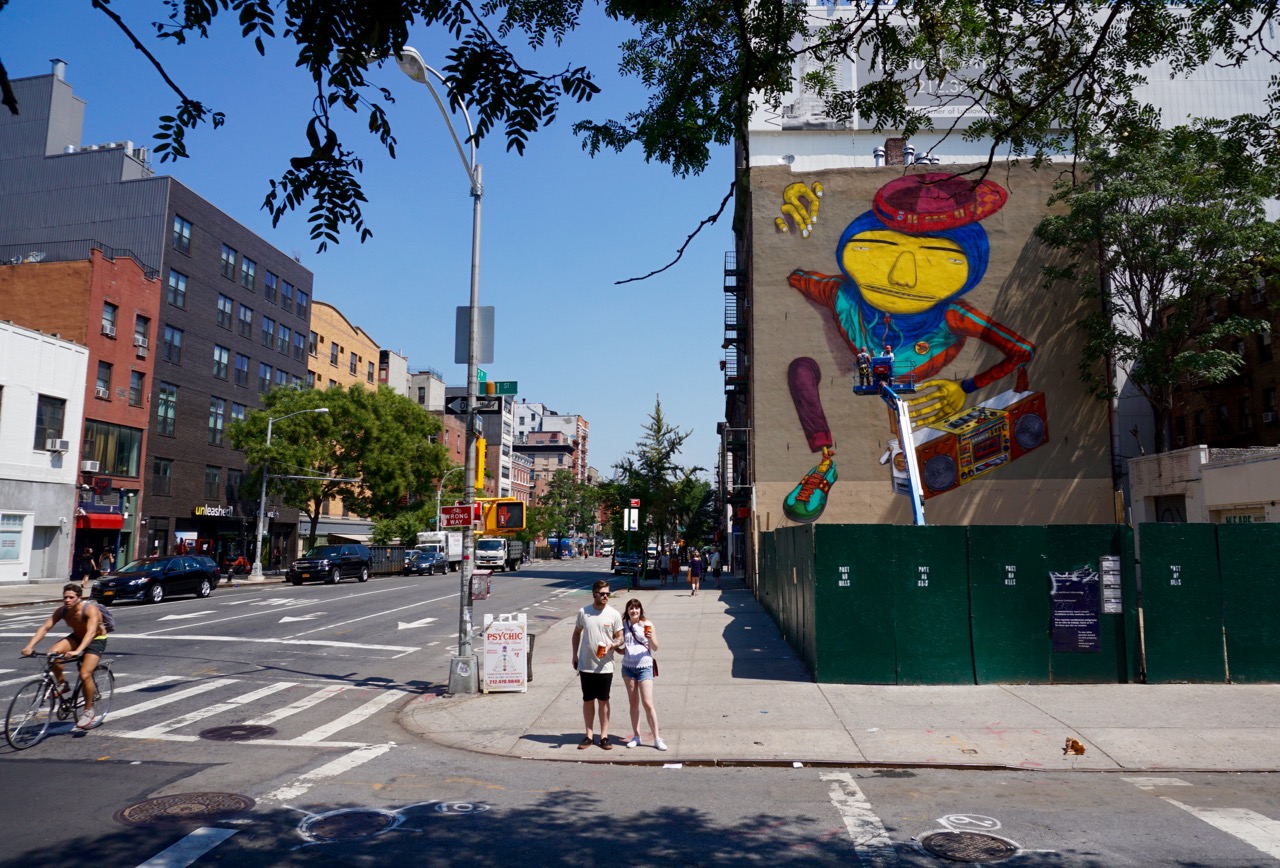 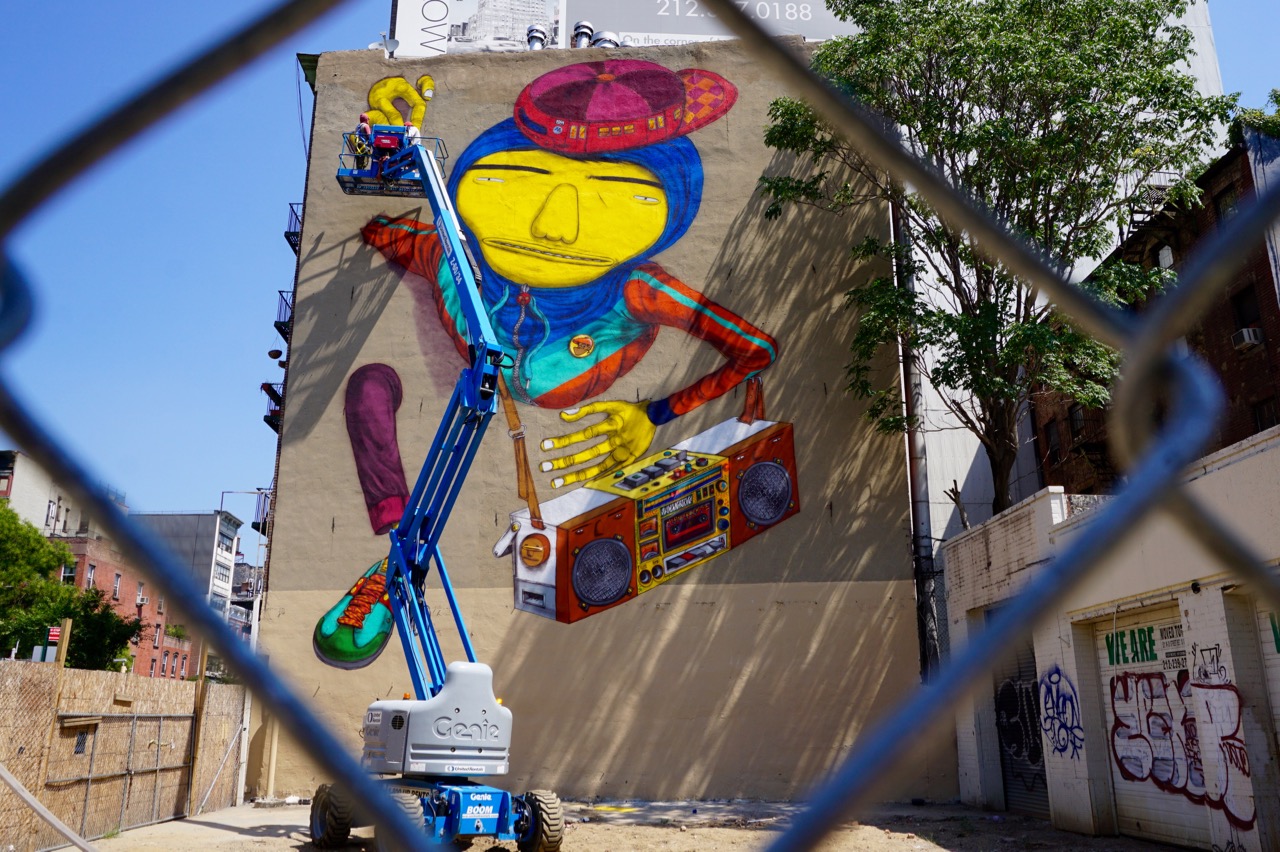 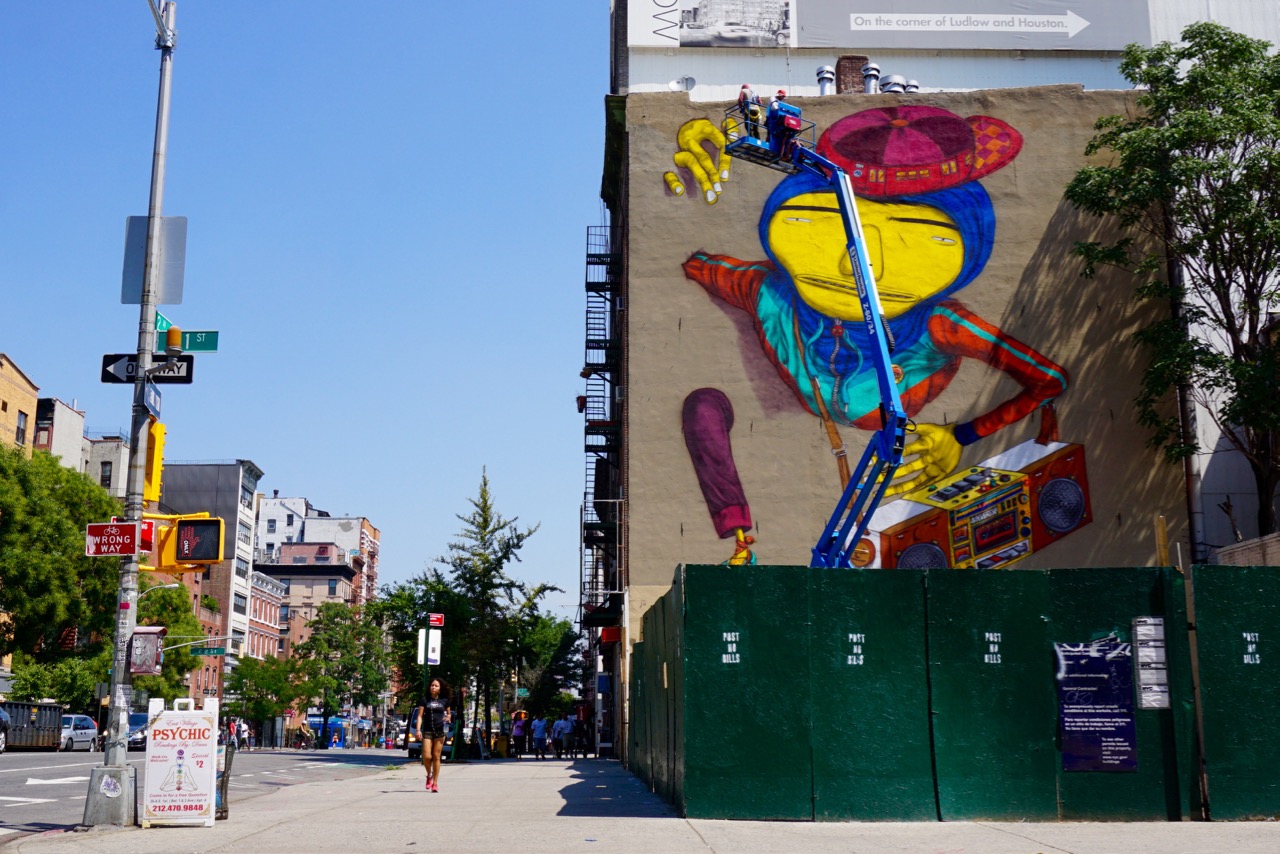 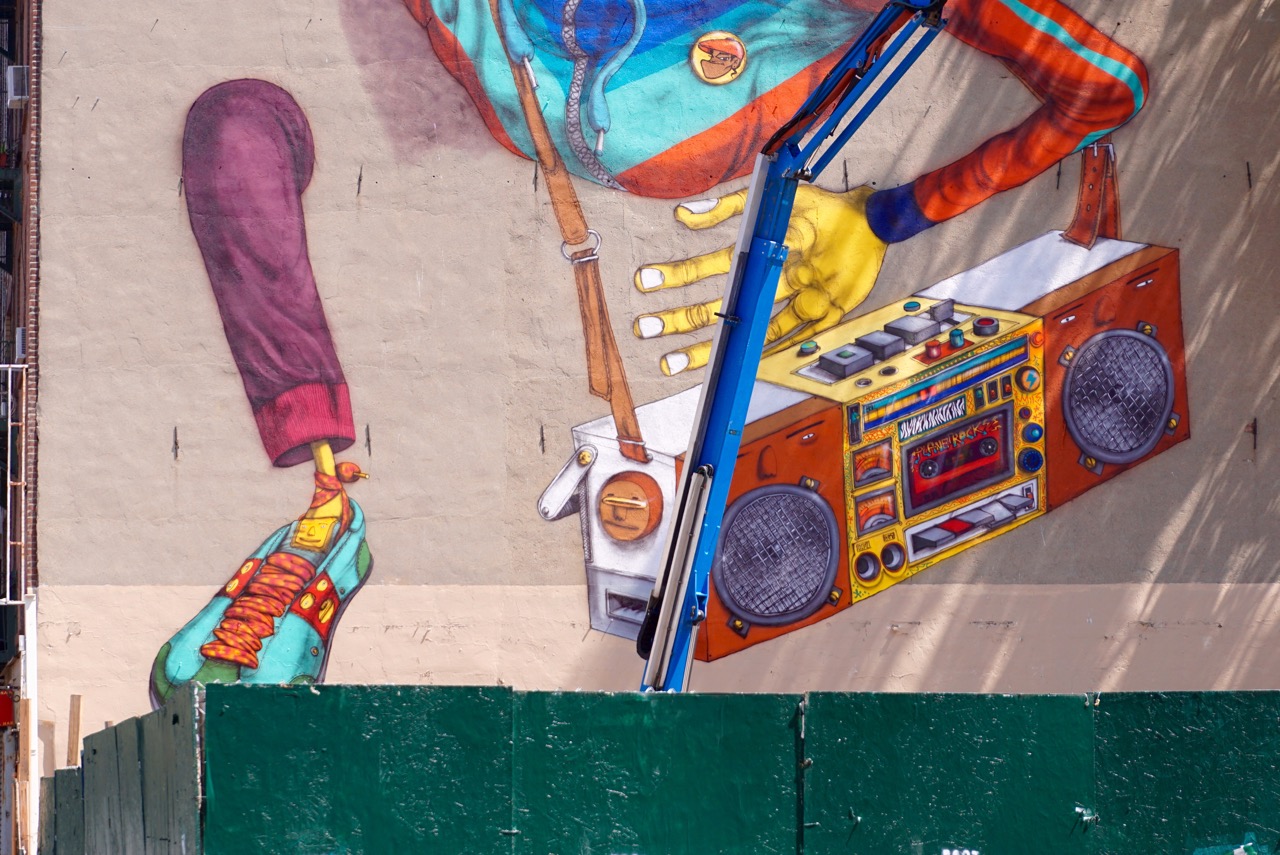 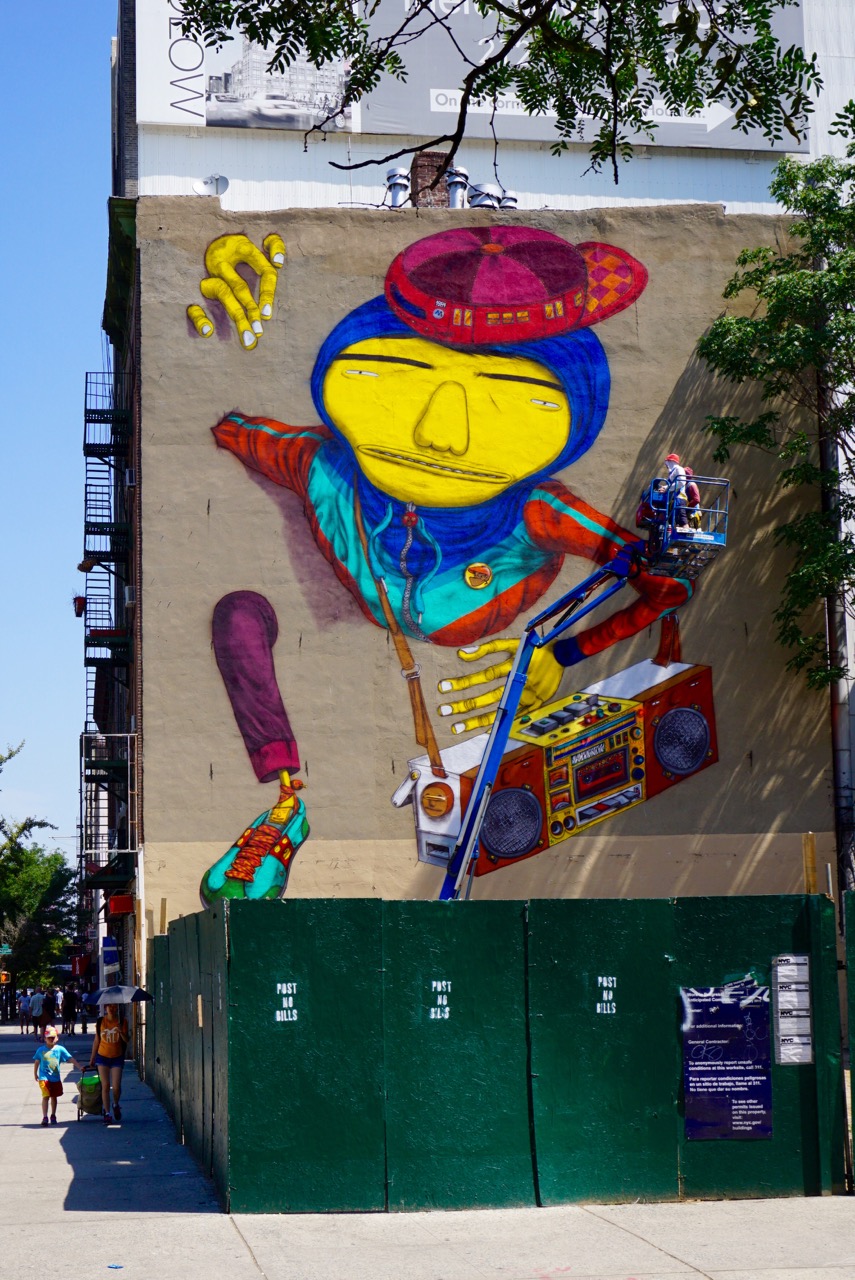 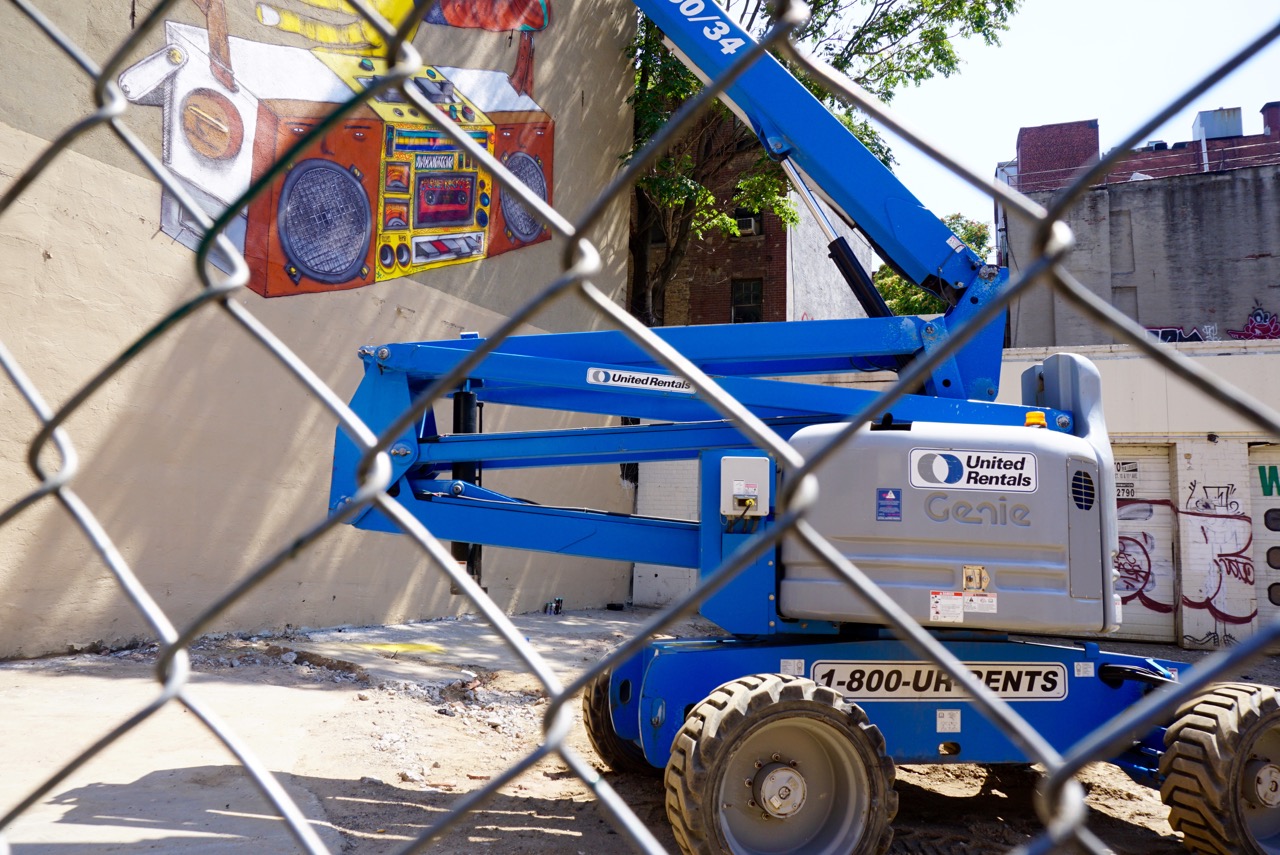