On August 14th, Ruttkowski;68 in Cologne, Germany will be welcoming back Jason William aka REVOK for another solo. The eponymously named exhibition continues the line of work seen in his Los Angeles show earlier this year (covered), and will follow the graffiti artist as he “goes beyond the self to examine perceptions of consciousness and unconsciousness.” This continues to be expressed in the form of increasingly complex assemblages formed from precisely cut pieces of wood that draw their influences from op-art, traditional folk pattern, and optical illusion elements. 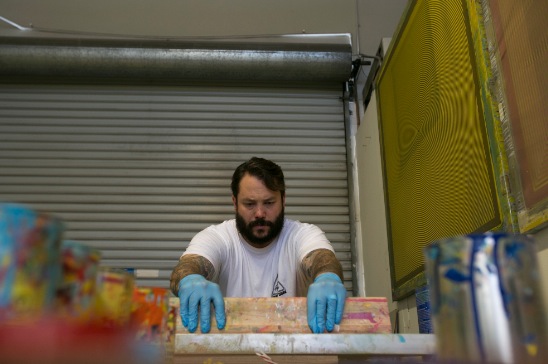