This is the last week The Hole in NYC is hosting Taylor McKimens’ solo show with over 20 paintings of different sizes and shapes, all being portraits of two imaginary people. Closing on October 14th with an official catalog release and signing from 6-8pm, Stoic Youth has been on view for a full month.

Six months since his last showing in his hometown (covered), McKimens introduced an exclusive body of work produced especially for this occasion. All the pieces exhibited feature heads of a male and female figure, a concept that the artist had worked with in the past. Based on two Greek sculptures from the Metropolitan Museum, with added features from portraits of artist’s friends, they are a base for exploring color, line, volume and figure-ground relationships, as well as a format through cut out panel pieces could introduced for the first time.

Inspired by the aesthetics of DIY culture, cheap product packaging and reprints of the zines and comics he grew up with in a small desert town on the Mexican border, the idea behind these works is to use these unintentional graphic mistakes as an artistic tool. By having a firm limitation in terms of subject and format, these works open doors for the artist to explore and combine traditional painting and drawing techniques. This body of work is a continuation of his recent series in which his narrative paintings of marginalized American Life got stripped of storytelling backgrounds. By playing with the idea of more abstract backgrounds, Mckimens started exploring the point where drawing and painting intersect, creating large works that imitate sketchbook studies. Simultaneously, the larger format enabled him to create more elaborate, topographic-like line work, as well as play with color and pattern inversion between elements. Though expressive and chaotic at first, each piece is actually following a different, strict concept in which the figurative elements interact with the background, colors mix and brush strokes affect the line work. Mckimens picked these particular heads because of their uncertain gender and identity and slightly off features characteristic of ancient Greek art. Originally titled Head of Youth, these are sort of blank portraits of a random person and as such, don’t induce questions such as “who is this?” but instead becomes an abstract compositional element. 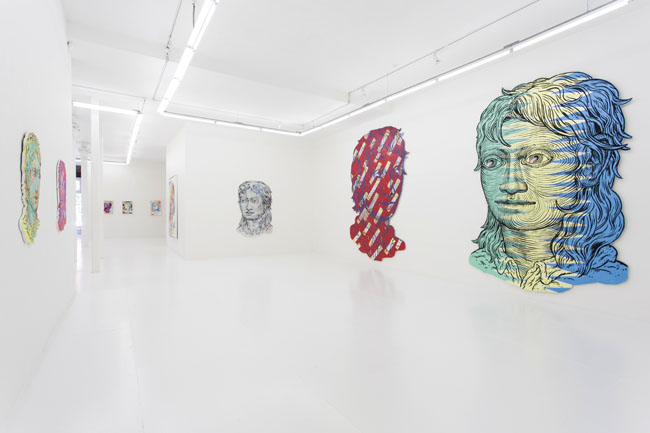 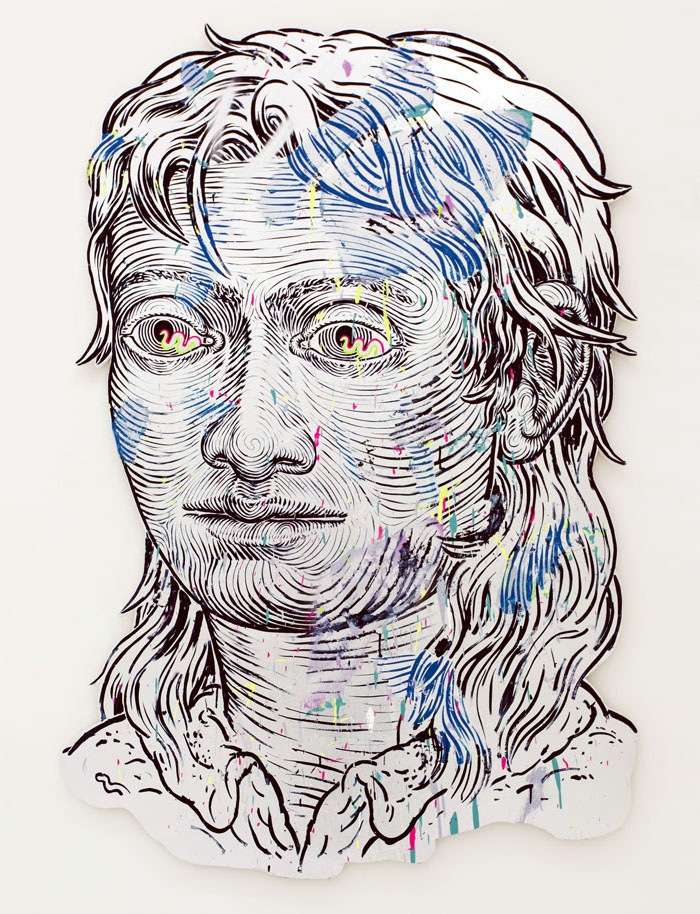 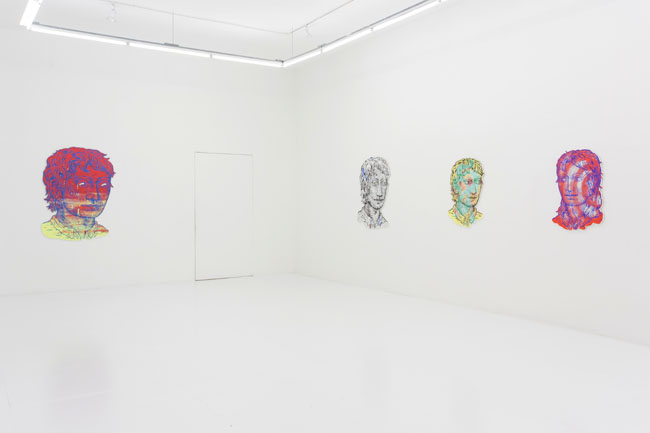 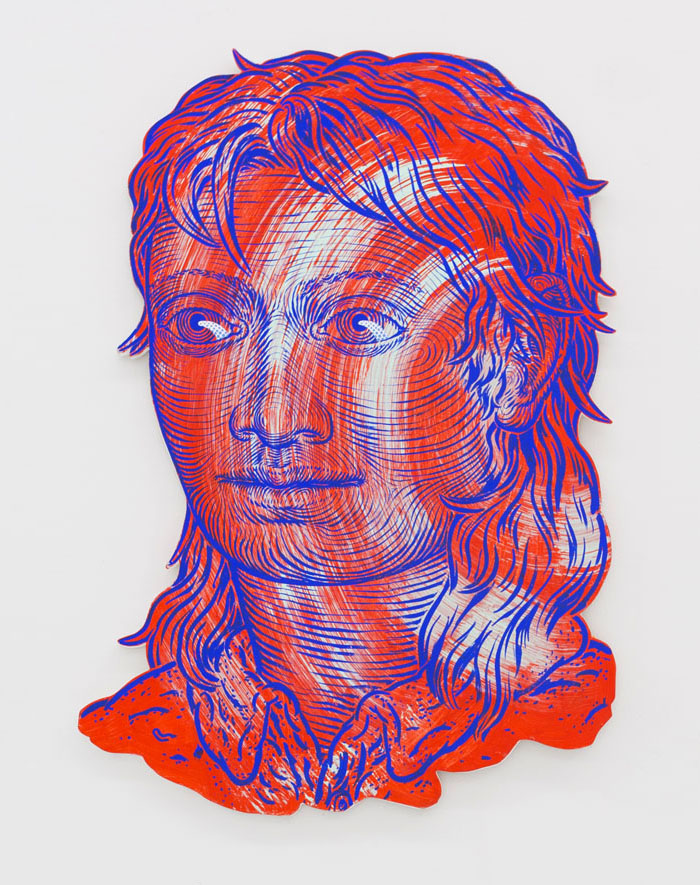 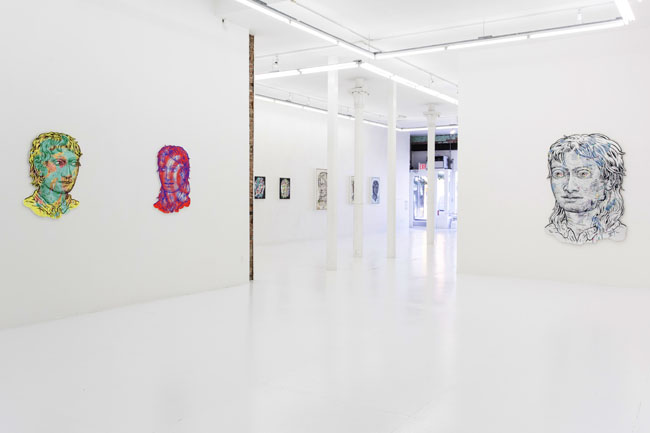 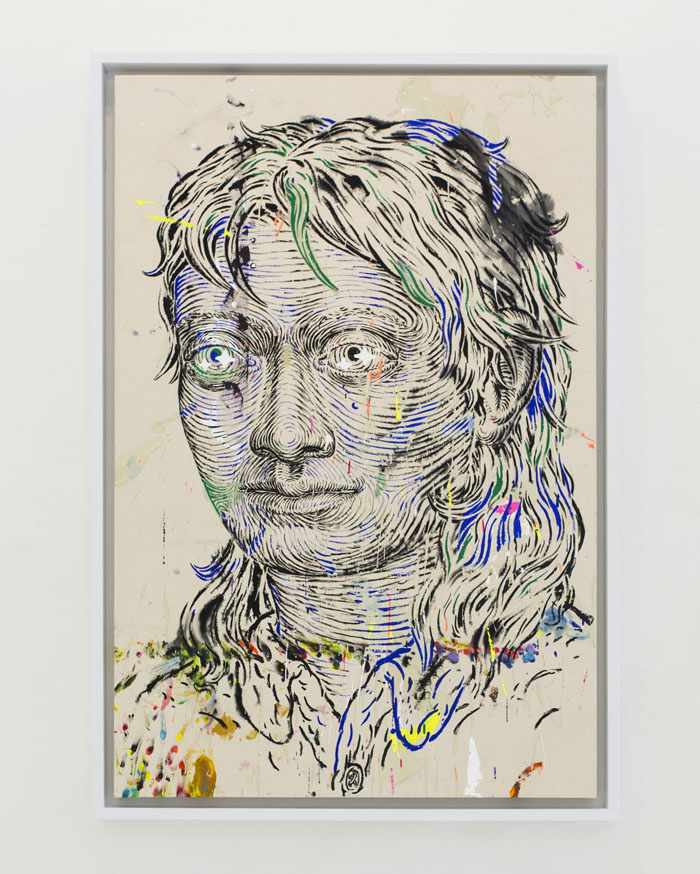 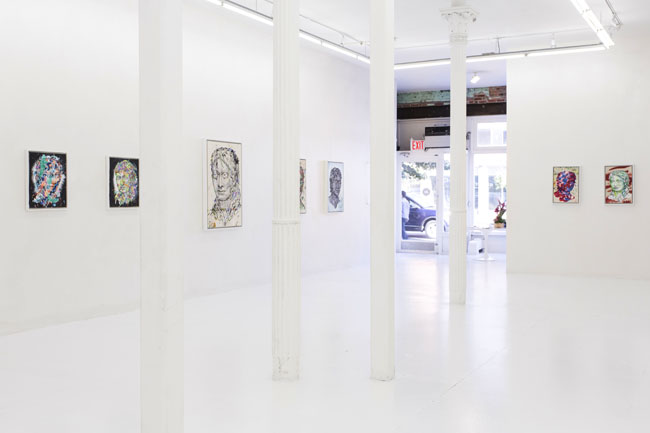 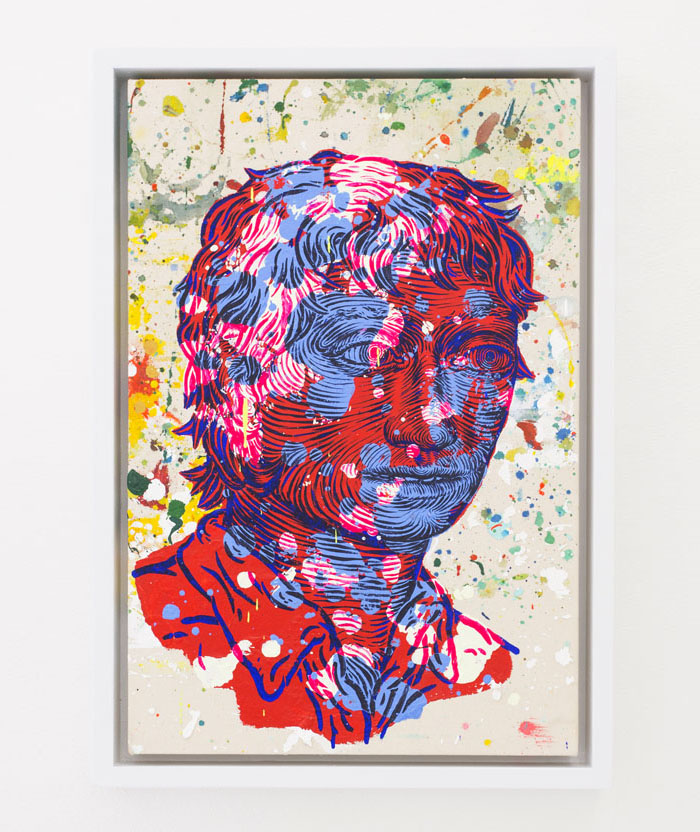