Maus Malaga project recently added a new piece to their collection of public artworks and murals. Last week, Aryz visited the city to paint a large mural on the seven story wall of a local Bahia Malaga hotel in the SOHO art district of the city.

The Spanish artist spent seven days painting this large detailed piece that continues the more abstract direction he has been working on lately. Staying true to his goal to create massive scale works in the manner of his smaller drawings and sketches, the finished piece seems both geometrically sharp and precise as well as freehand imperfect. Consisting mostly of straight lines that depict pipes or wires as well as other tech-looking elements, the finished piece looks like an almost organic looking machine, especially due to the natural, pastel colors used. Playing with dimension, colors and layers, as well as taking the building’s shape and viewers’ standpoints into account, the finished mural crosses the common rules of perspective and creates an interesting illusion of depth, a view behind the cement walls. 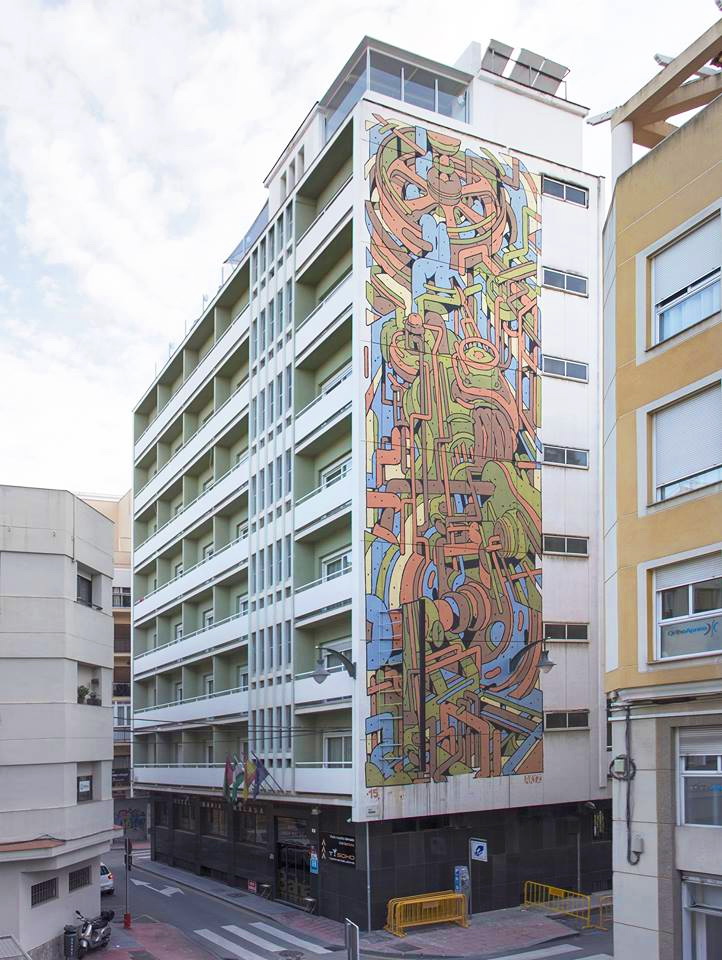 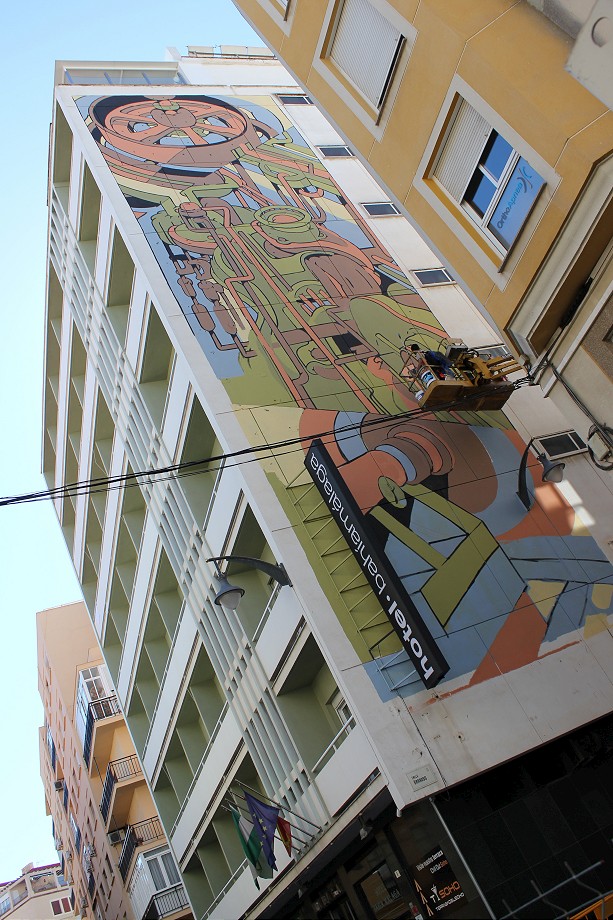 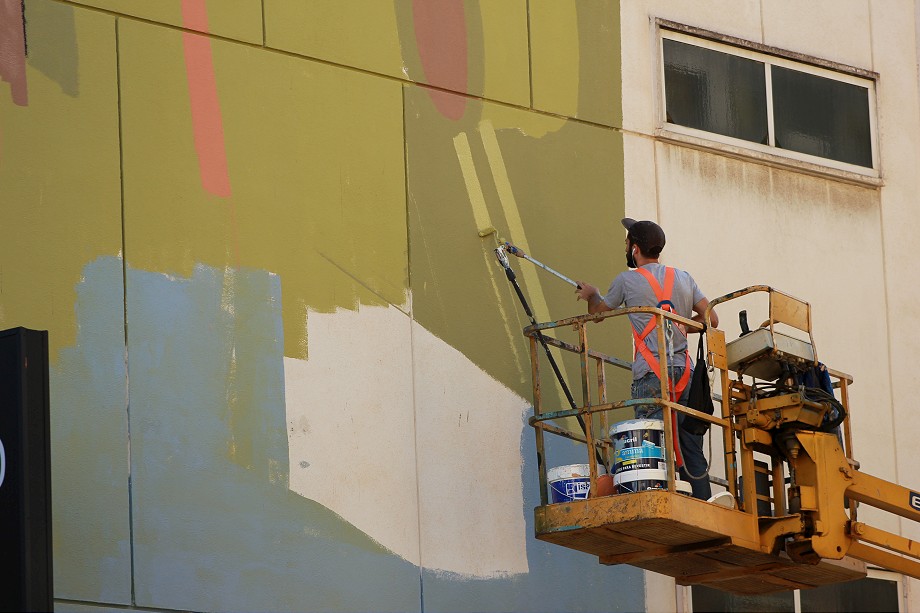 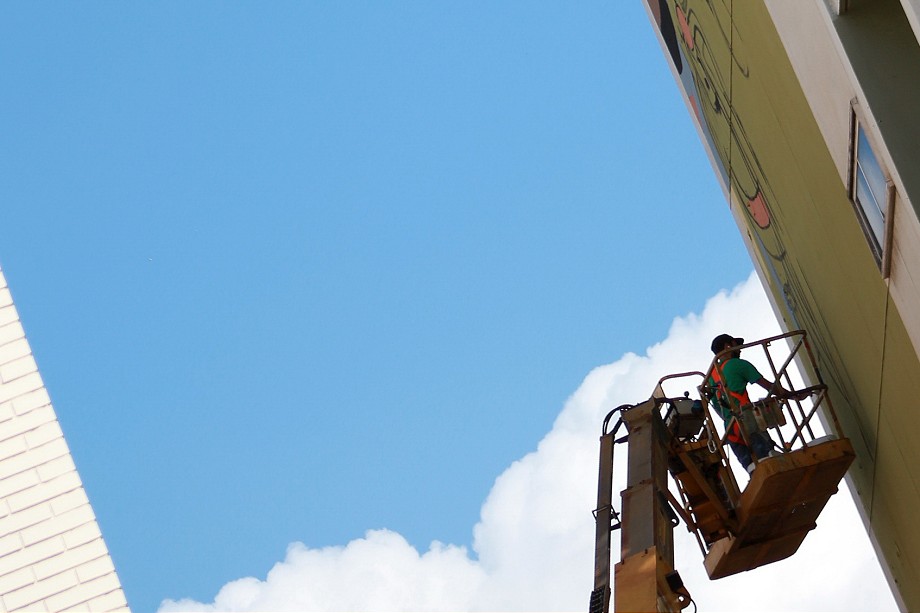