On Sunday, October 18th, Mana Contemporary in New Jersey officially opened their latest commissioned work to the public – a large-scale mural by How & Nosm. Titled At The Center of It All, the piece was finished only four days before its official reveal during the open house  event.

The twin brothers and artist duo from NY stated that the image explores themes that they feel are universally common. This was done through the use of various visual elements familiar in their previous work. Subjects such as danger, aggression, violence, greed, materialism and even narcissism, are depicted through different cues and symbols. By highlighting these everyday social ailments, the New York-based artists hope to question the human approach to the pursuit of happiness and ask what is really at the center of it all.

Using their signature color palette consisting of shades of red against black & white, the two were able to show their impressive can control as well as the ability to use very different styles. From geo-based patterns and shapes, Hokusai-influenced elements, graffiti-based characters or totemic structures to surrealist compositions, this large wall is another maze of incredible visuals that takes time to dissect and absorb. While creating both gallery pieces as well as public works, How Nosm hope their art is more than a decorative element and can give people a chance to pause, connect and find some relief and happiness. 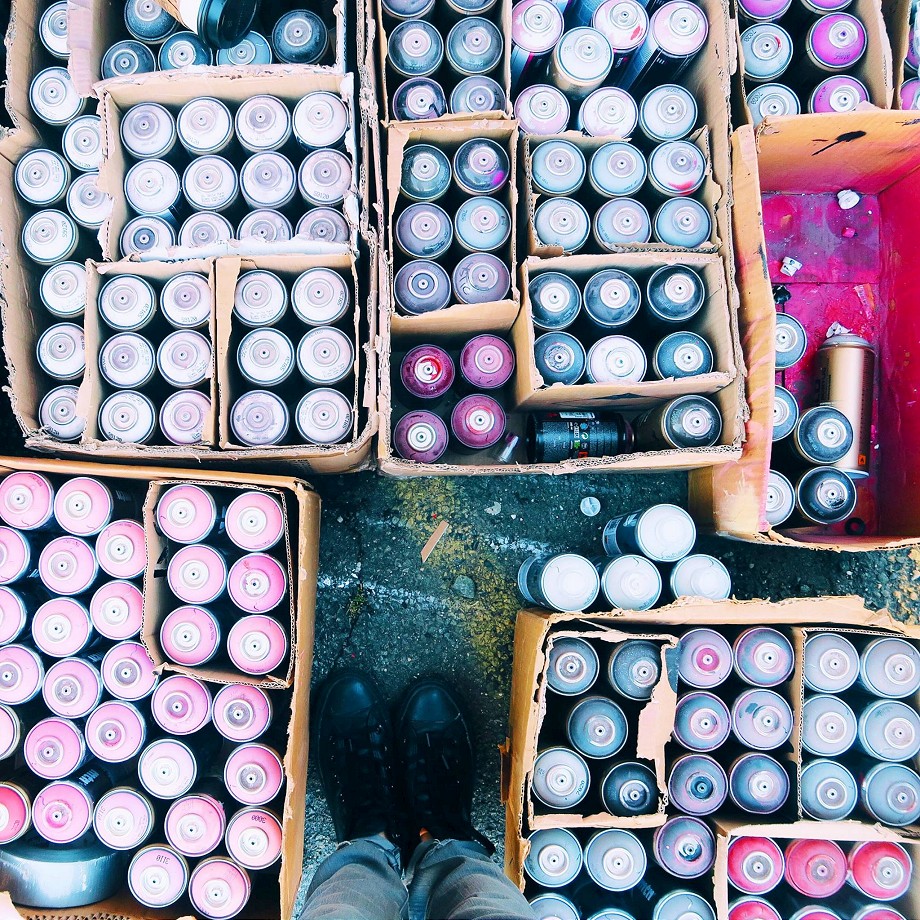 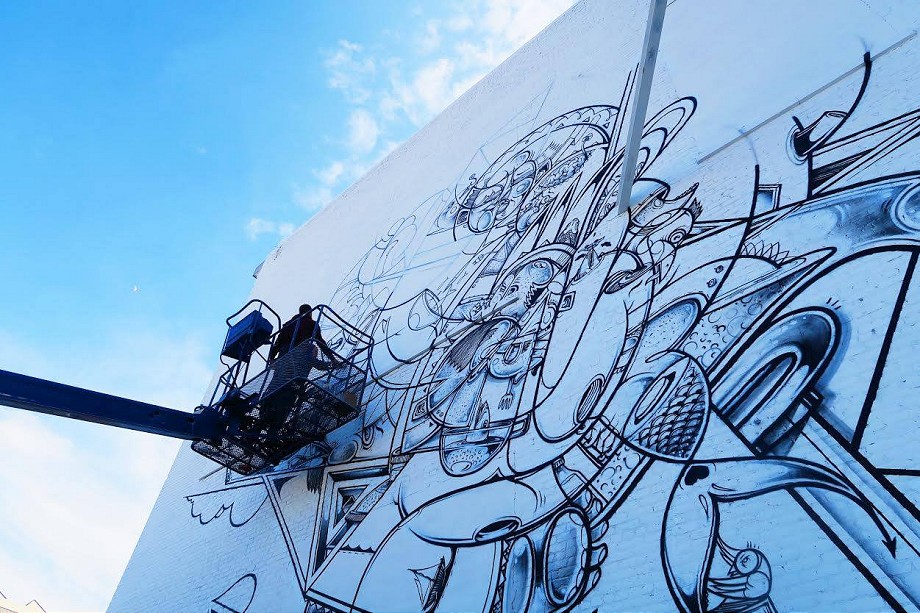 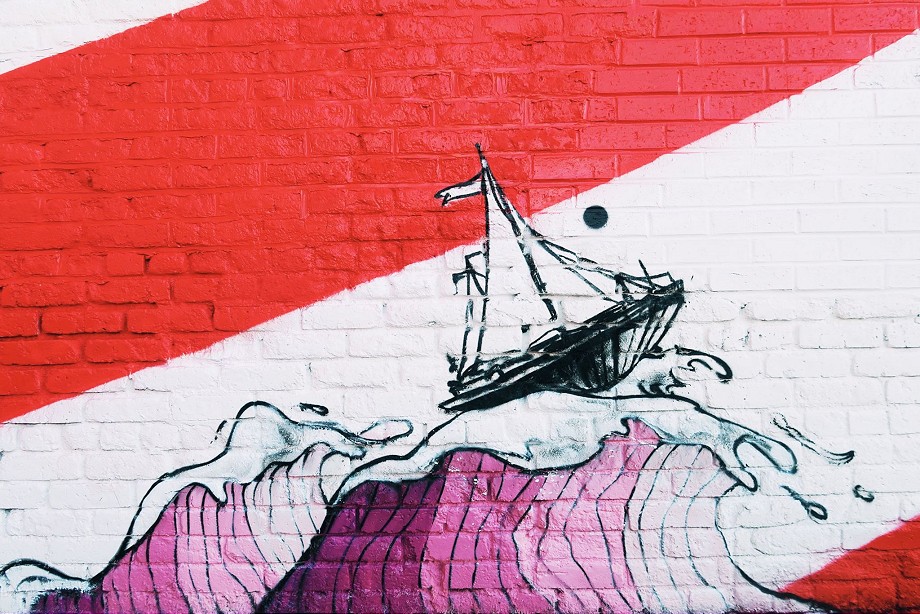 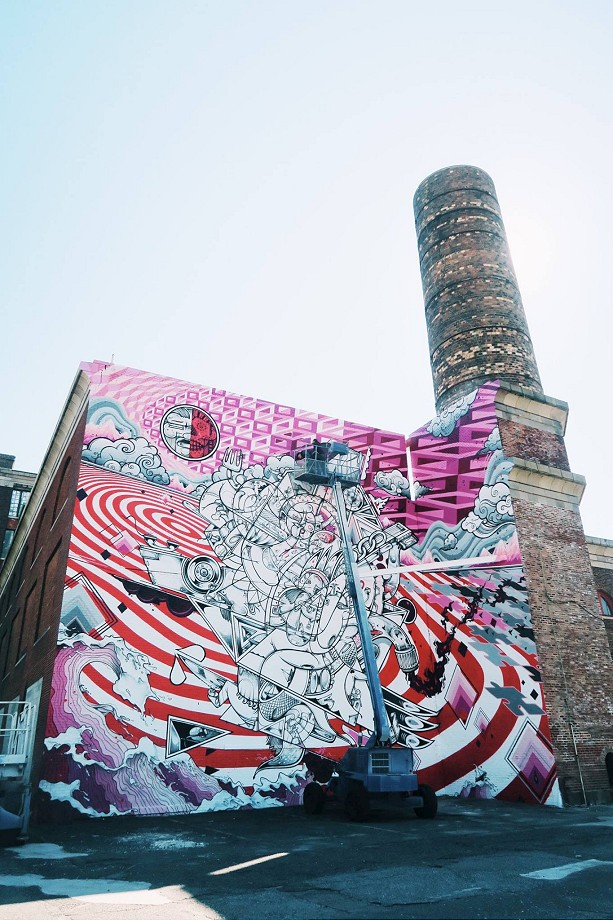 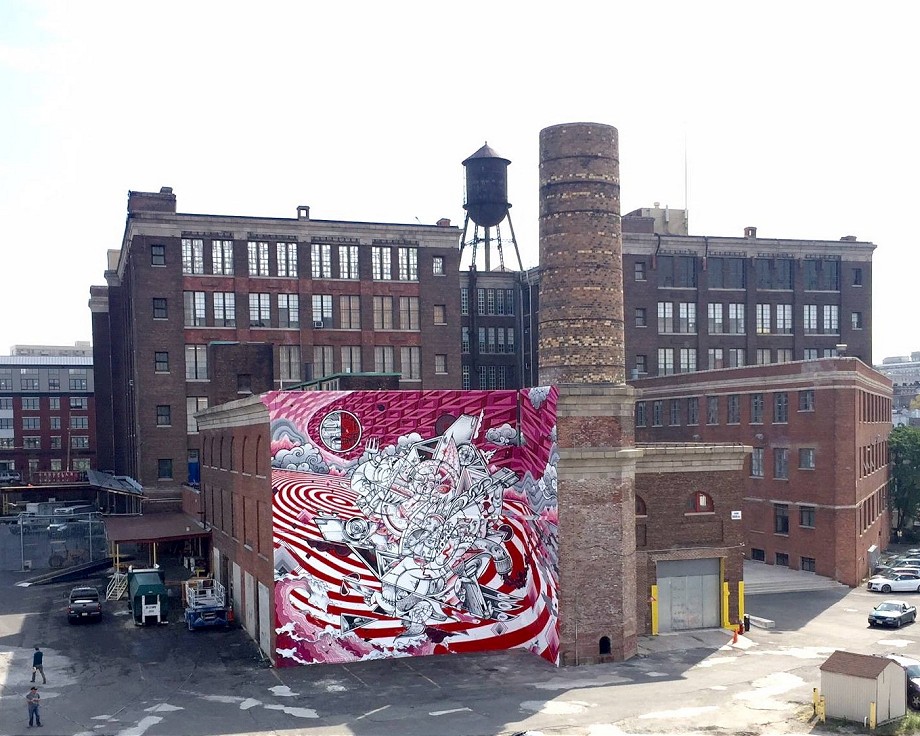