After a successful sold out Los Angeles debut show with Thinkspace Gallery (covered), Sainer & Bezt aka Etam Cru rounded up their visit to the Southland with another signature, bigger than life mural. Produced by Thinkspace Gallery and Branded Arts, the new piece from the Polish duo is entitled Mr. Rooster and is located on the corner of 8th and Wall in the downtown Flower District.

For this project, the two street artists beautified a large six story facade with a striking image of a boy with a big rooster on his shoulder. Lacking some of more obvious elements of their work, such as capturing action or levitating objects, there are still recognizable Etam elements in this work. The artists used the facade color as a background for their work and even used some extra wall extensions to fit the large image in and make it look even more impressive. Also, upon closer inspection, the surrealist element of a bow tie made of raspberries can be noticed, as well as the square skull pin on the jacket and big letter “E” on the shirt of the character. 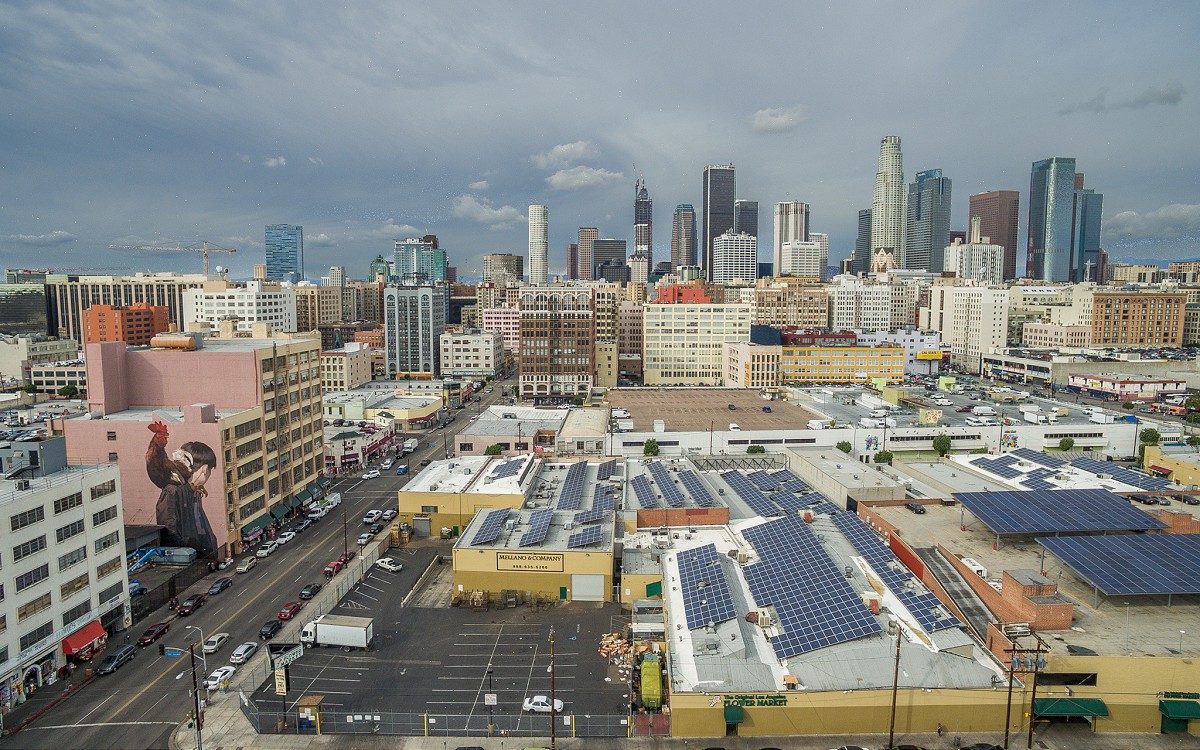 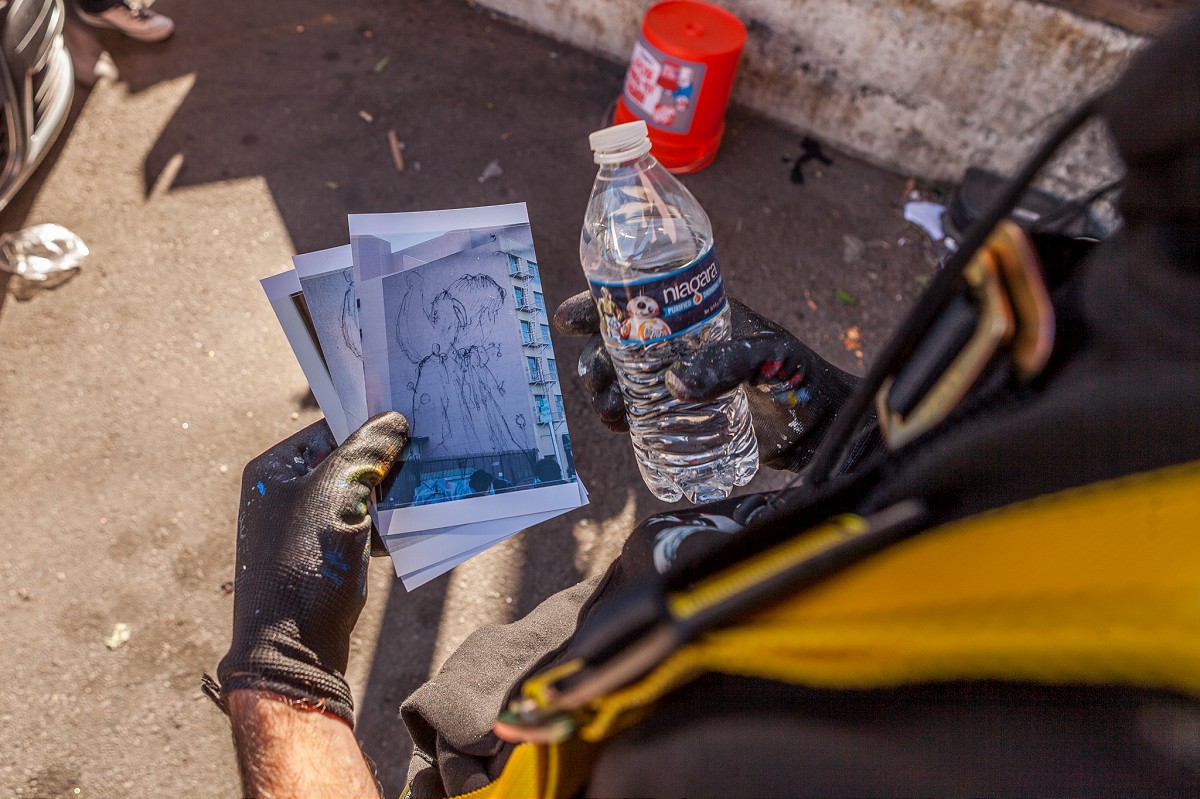 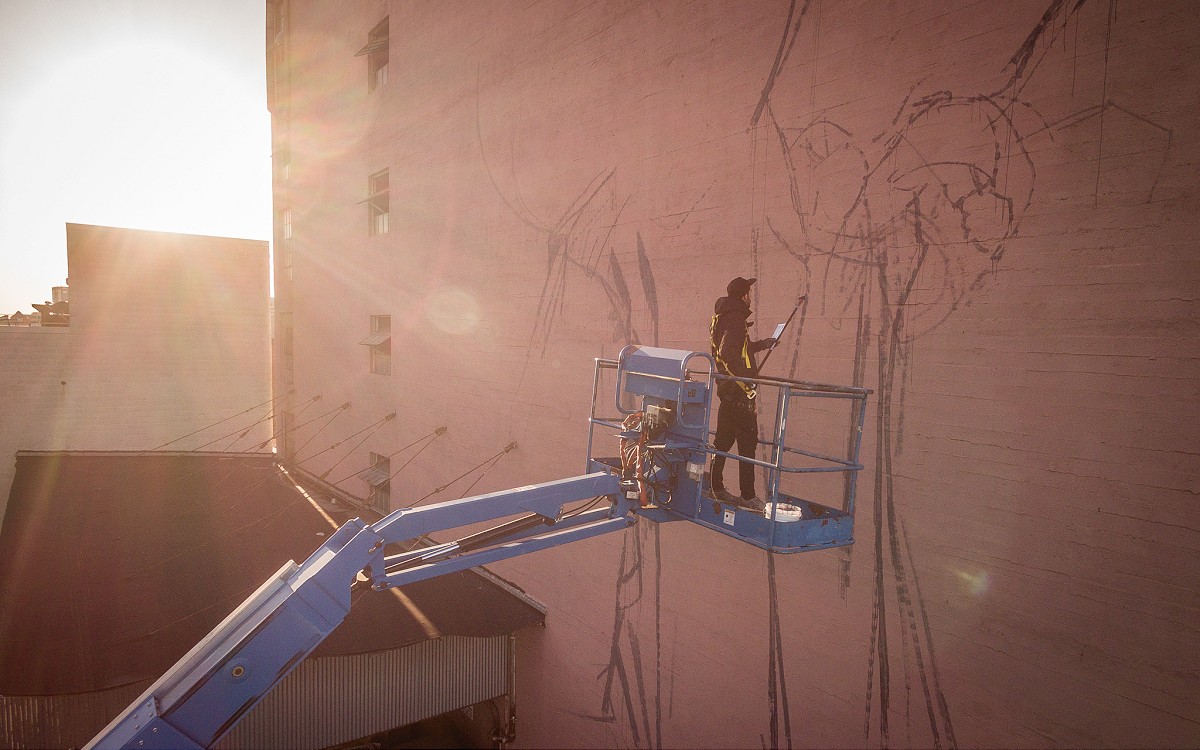 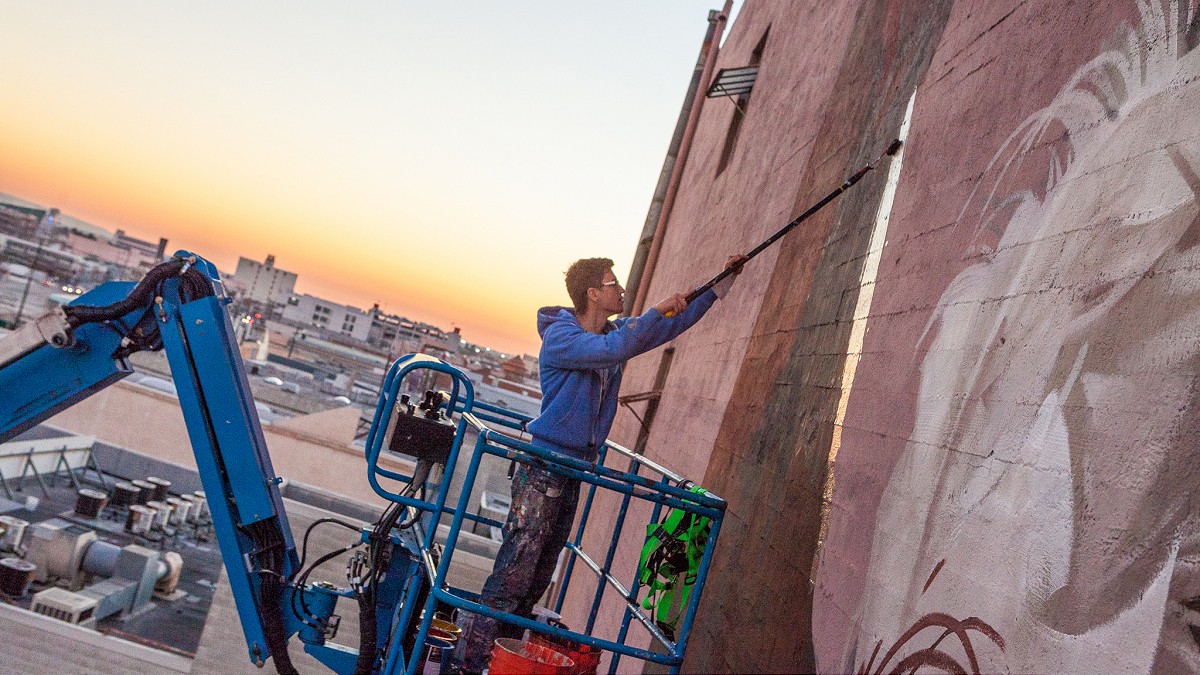 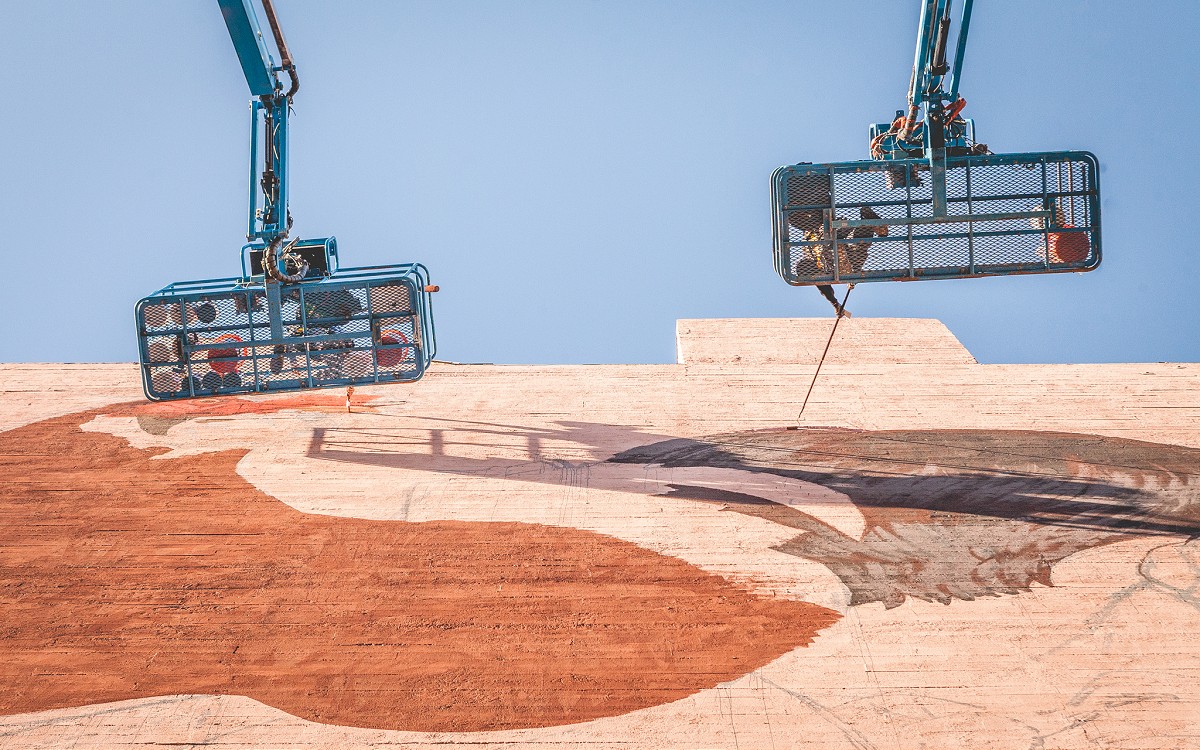 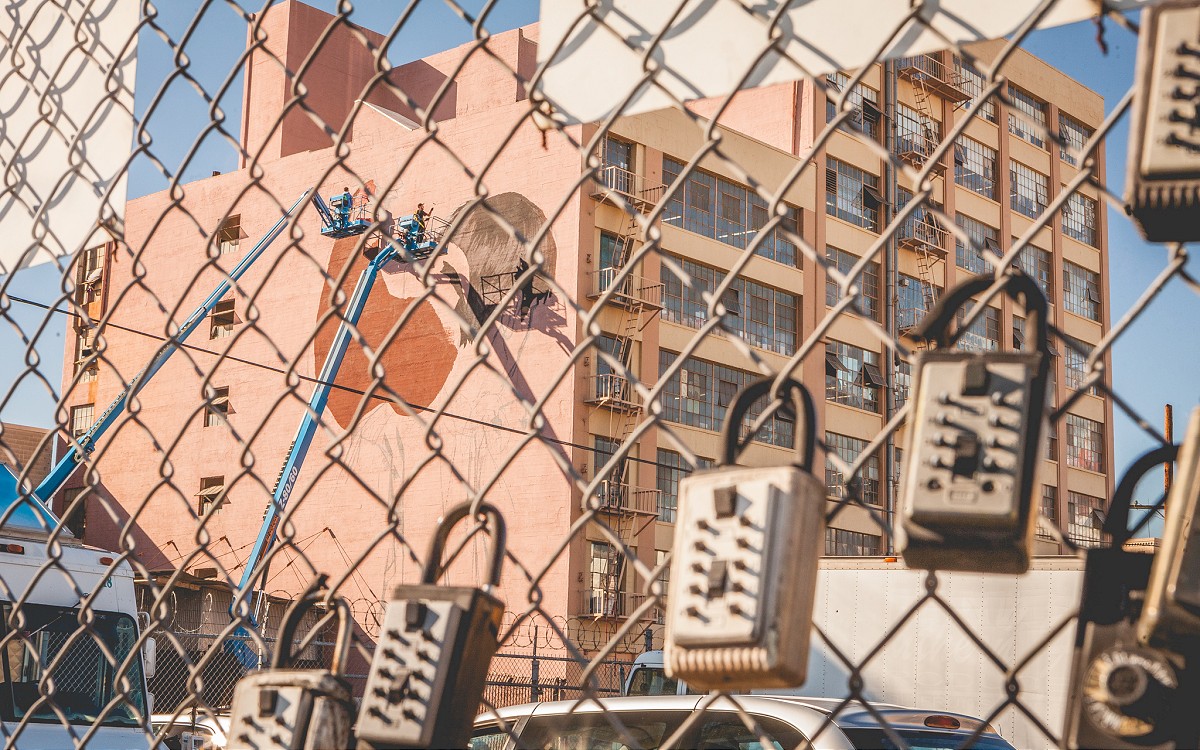 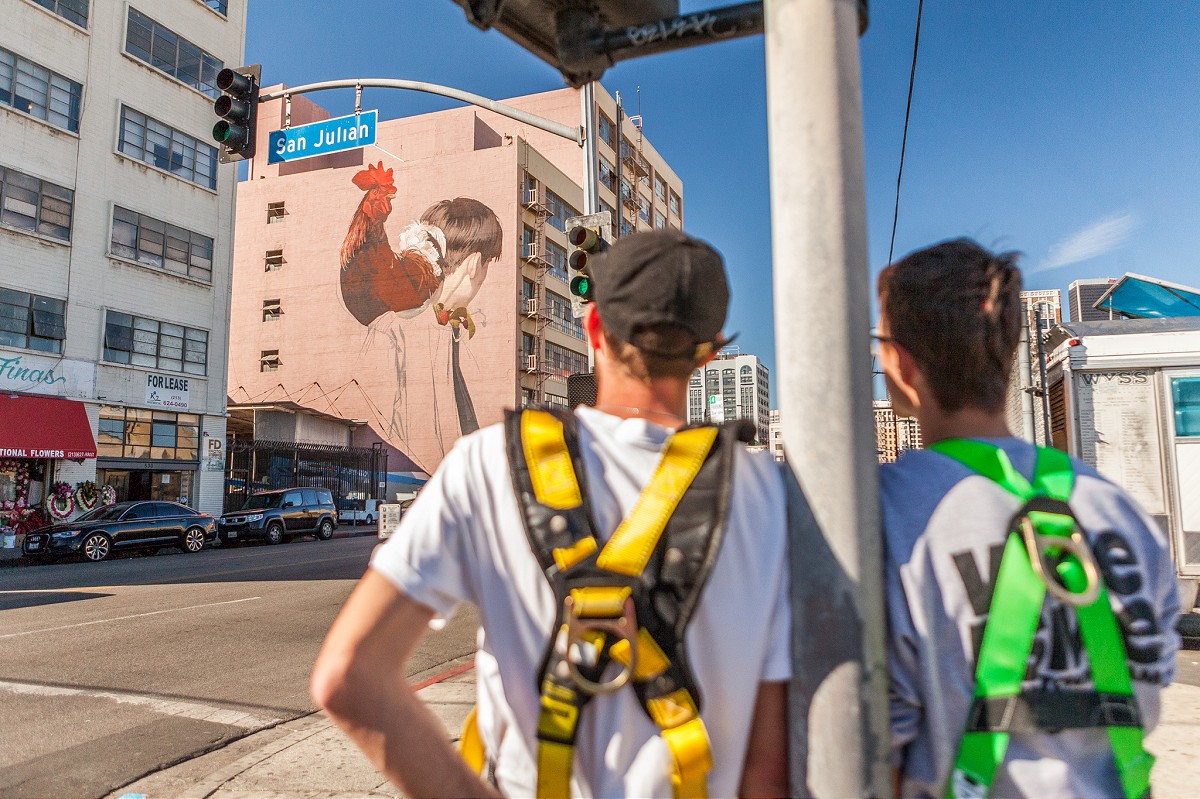 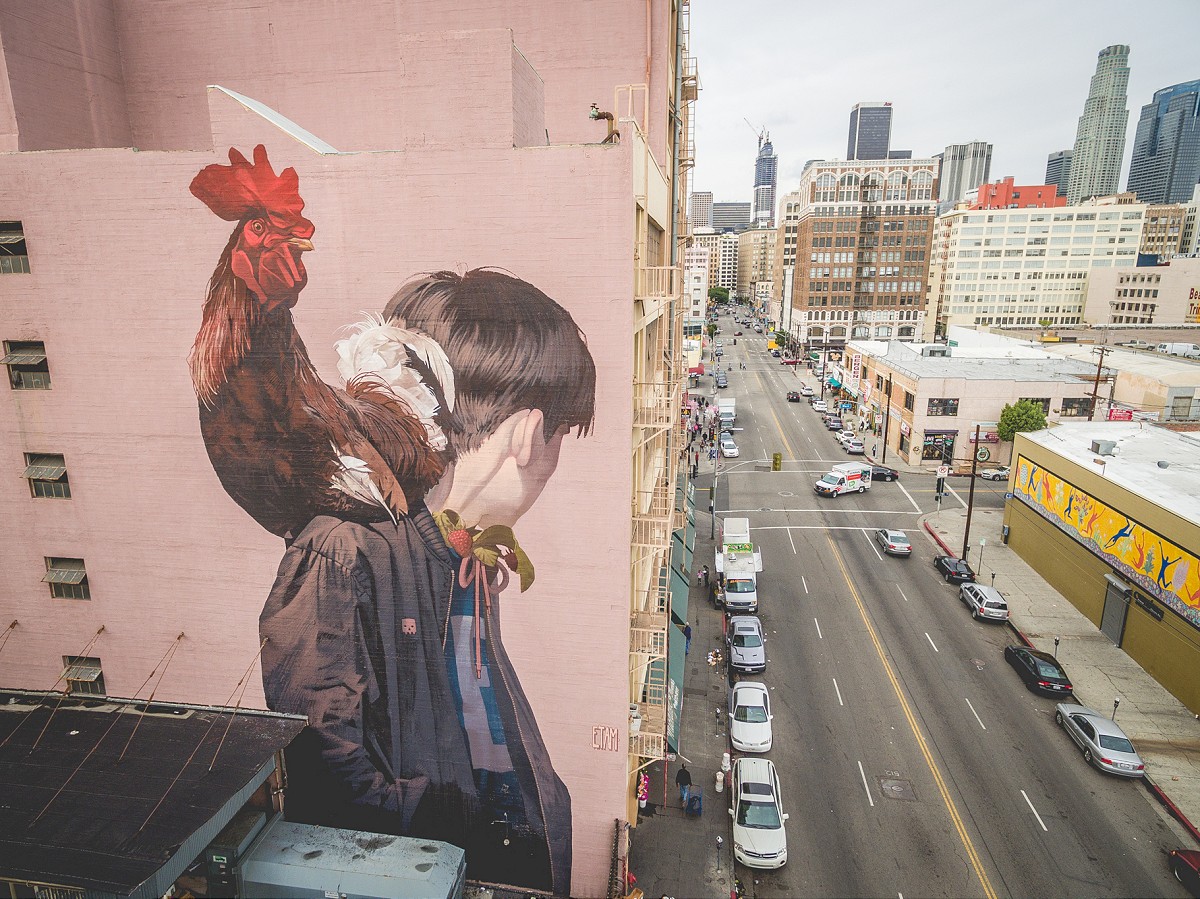